This has been one of our favorite read-alouds lately: 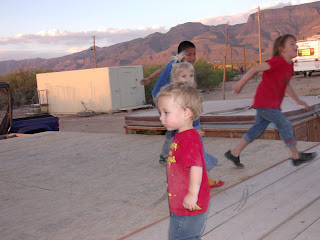 I love seeing how much they have come out of their shells. Some of the adults may wish C. would go back into his, though - his latest thing is tackling random guys and trying to get them to wrestle him. Since these are folks who actually work for a living, he really doesn't stand a chance. 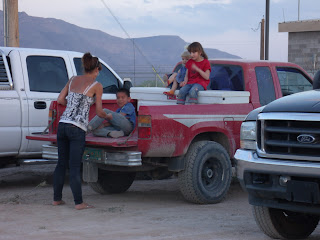 He made the mistake of thinking this pretty lady would be easier prey. Nope. She is a special ed assistant at a middle school. He was toast. (At least it provided entertainment for his audience, there.) 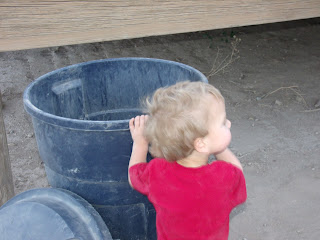 There is so much to check out, too! 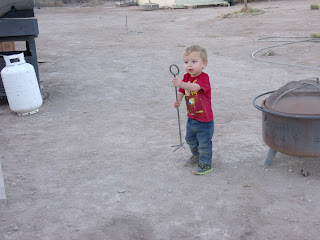 Ooh, I'll bet I could do something really cool with this... 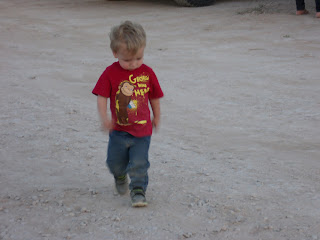 Several kids spent a good hour collecting spent airsoft pellets (Note to Mrs. B.: I have no idea where those actually ended up.) This resulted in one of those never-thought-you'd-need-to-say phrases: "L., please don't throw rabbit turds at your sister." (Hey, they were round, they were about the same size...) 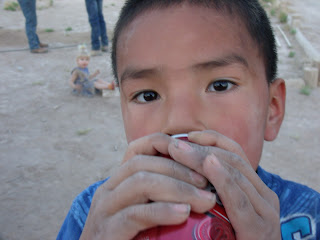 Sometimes, we get a little bit dirty. 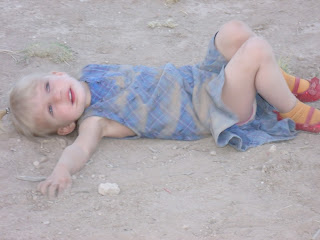 I really have no idea how that happens. 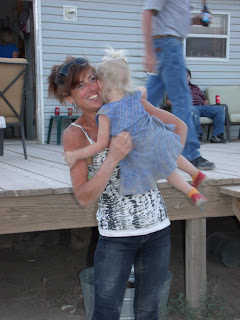 Somehow, pretty M. got dirty, too. I'm guessing she slept well that night. 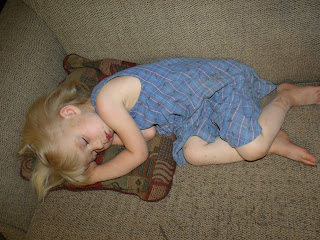 Hopefully, she at least made it to her bed, first.
Posted by Ami at 3:00 AM