Time goes by quickly when you are busy, and boy were we busy! We always look forward to the summer reading program each year, but we are also ready for a rest by the end. Our last day to earn prizes was July 26, and we wrapped up with a carnival July 29.

In previous years, we always drew the raffle prize winners in front of the crowd, which made for a lot of disappointed faces. I hated it, kids and parents hated it, and I finally realized it was the only thing I was still doing "because that's the way it was always done". This year, in between the 26th and 29th, I asked random patrons (and one guy who came in to ask about carpet cleaning) to draw the winning tickets, and we announced them at the carnival: 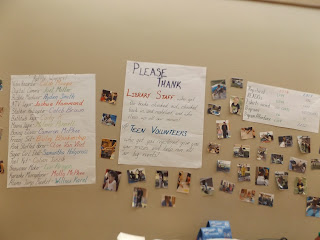 If you can't read the names in the picture, don't worry - if you won, we have already contacted you! Of course we wanted to make sure everyone thanked the staff, the volunteers, 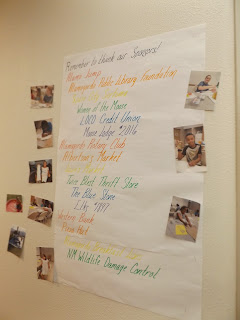 and the sponsors. We posted some pictures taken throughout the summer as well, to make sure everyone was looking at the thank-you lists ;)

Our carnival theme was "Dragons Love Tacos" (which we of course read out loud). As I told the crowd, this was one (actually, two now) of those books that adults think, "meh," but kids absolutely LOVE. Including my own son, whose book report and Halloween costume were both inspired by it: 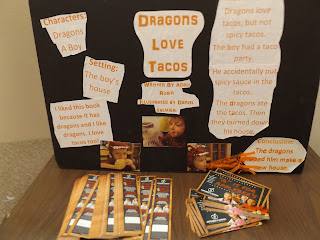 Of course we had some games, like toss the taco in the dragon's belly, 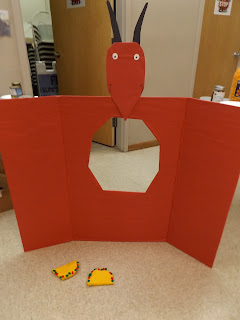 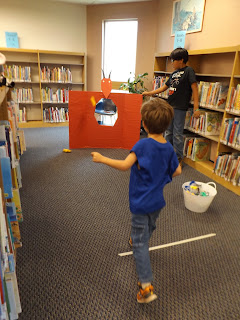 And a simple roll-the-dice, tell us that many fun things you did this summer: 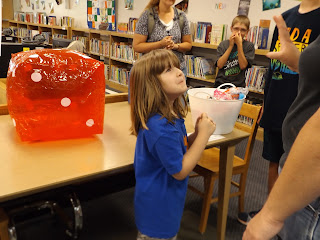 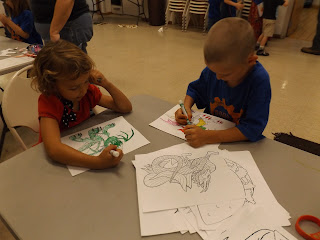 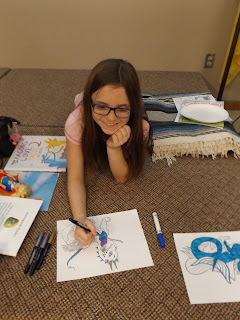 I set up a photo op with serapes, giant taco, Can of salsa, 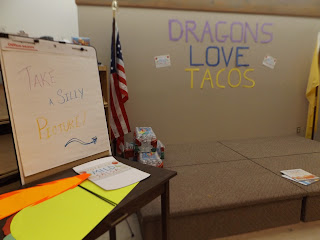 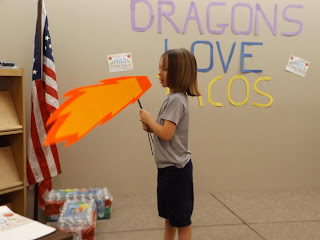 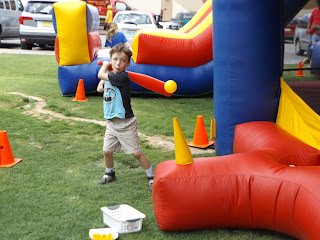 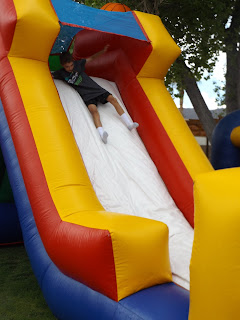 There were dragon approved snacks - some hot, some mild! 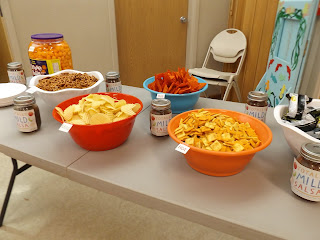 We had a nacho bar I did not get pictures of, and it was my one disaster for the day - I turned the slow cookers full of cheese on, but neglected to make sure the power strip was on. Oops! So by the time the cheese warmed up enough, half the crowd had left. There was a BIT left over.

Just in case dragons came and got into the spicy stuff, we had fire fighter practice outside: 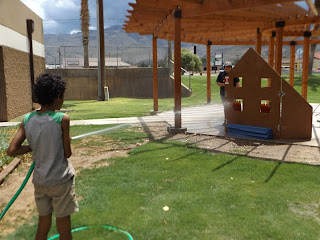 My volunteers got a tiny bit wet running this. 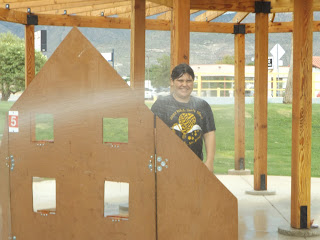 And a real live fire fighter 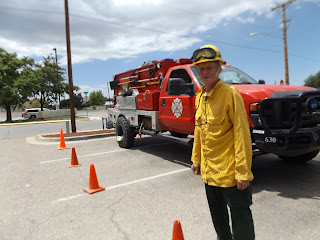 with a real live fire truck! 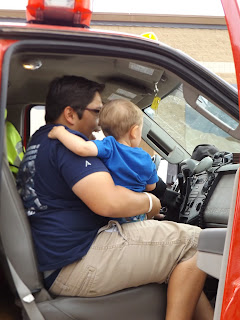 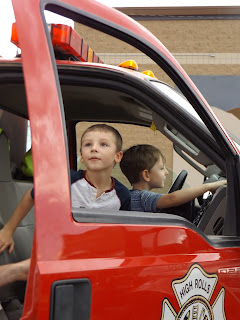 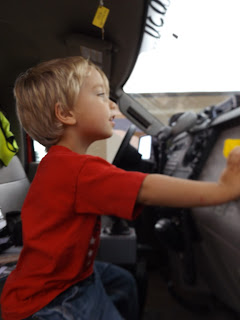 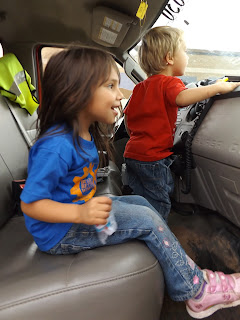 Thanks to Mr. Tommy and the High Rolls Volunteer Fire Department, as well as everyone else who helped make this such a great summer!

Now, off to clean the glue bottles and straighten up the shelves...