Another busy week! Four story times now, a movie, sand painting with the tweens, and then somebody tried to kill the prom queen at Teen Cafe: There would have been more pictures, but my camera battery died. We spent an hour looking over clues, and man, were those guys meticulous - down to comparing handwriting on notes, to see if anything could have been forged. And at the end of it all...nobody guessed whodunit! In fact, they were all nearly positive it was a girl who HAD AN ALIBI. If any of these teens are ever in my jury pool, remind me to have my lawyer request they be dismissed.

This morning we had the much-anticipated Andy Mason (aka The Pizza Guy - I wonder if he ever regrets writing that song?) After last week's crowd packed into the multipurpose room at three times the legal limit, we decided to have this one on the lawn. It was perfect, just a little bit breezy, and the shade was placed just right. Doug climbed up onto the roof to get a good crowd picture: 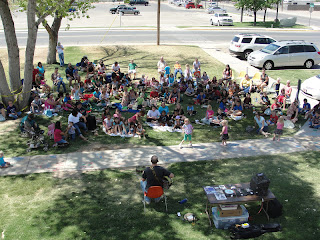 Yup, that would have been a little crowded inside.

And here's Mr. Andy himself: 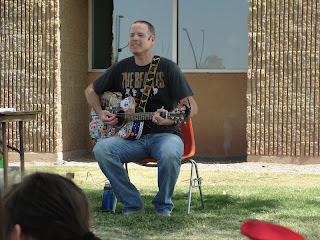 If you aren't local, you can check him out at his web site - although he has also been spotted in places like Phoenix, Arizona...Lubbock, Texas...and Warrnambool, Australia! The guy gets around!

The kids' faces say it all: 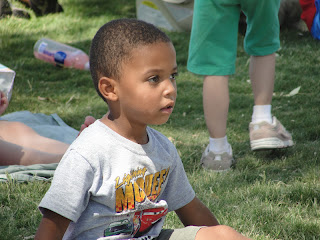 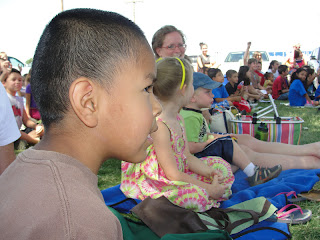 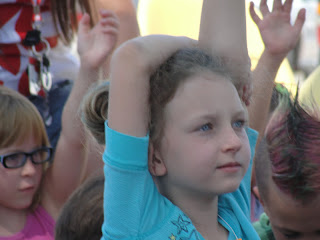 The adults enjoyed themselves, too. He had us laughing, 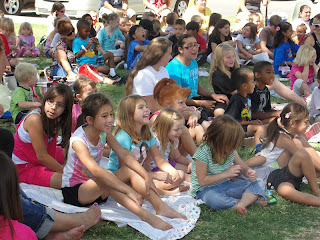 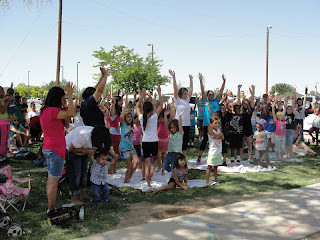 and even sticking our tongues out at Mom! 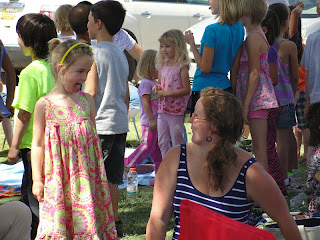 A great end to the week. Now for a much-needed rest. 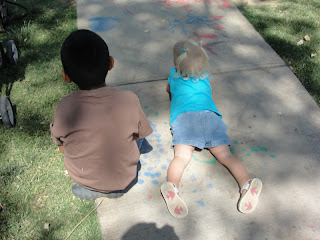