After breakfast, I packed a lunch for later, and we read through another chapter or two of The Magician's Nephew. Somewhere around the hall of kings and queens, Shane managed to pull a bowl out of the bottom of the kitchen sink, which had filled with all the detritus and drippings of the past day. As he tugged it free of the dishes on top of it, the bowl - and all its contents - went flying. I got to change clothes and wash oatmeal out of my hair before we went out. Somehow, there wasn't a drop on Shane!

The plan for today was to hit the Albuquerque Zoo, but the wind had been so bad, we decided to find something indoors, instead. The dinosaur signs made it easy to choose the New Mexico Museum of Natural History and Science. 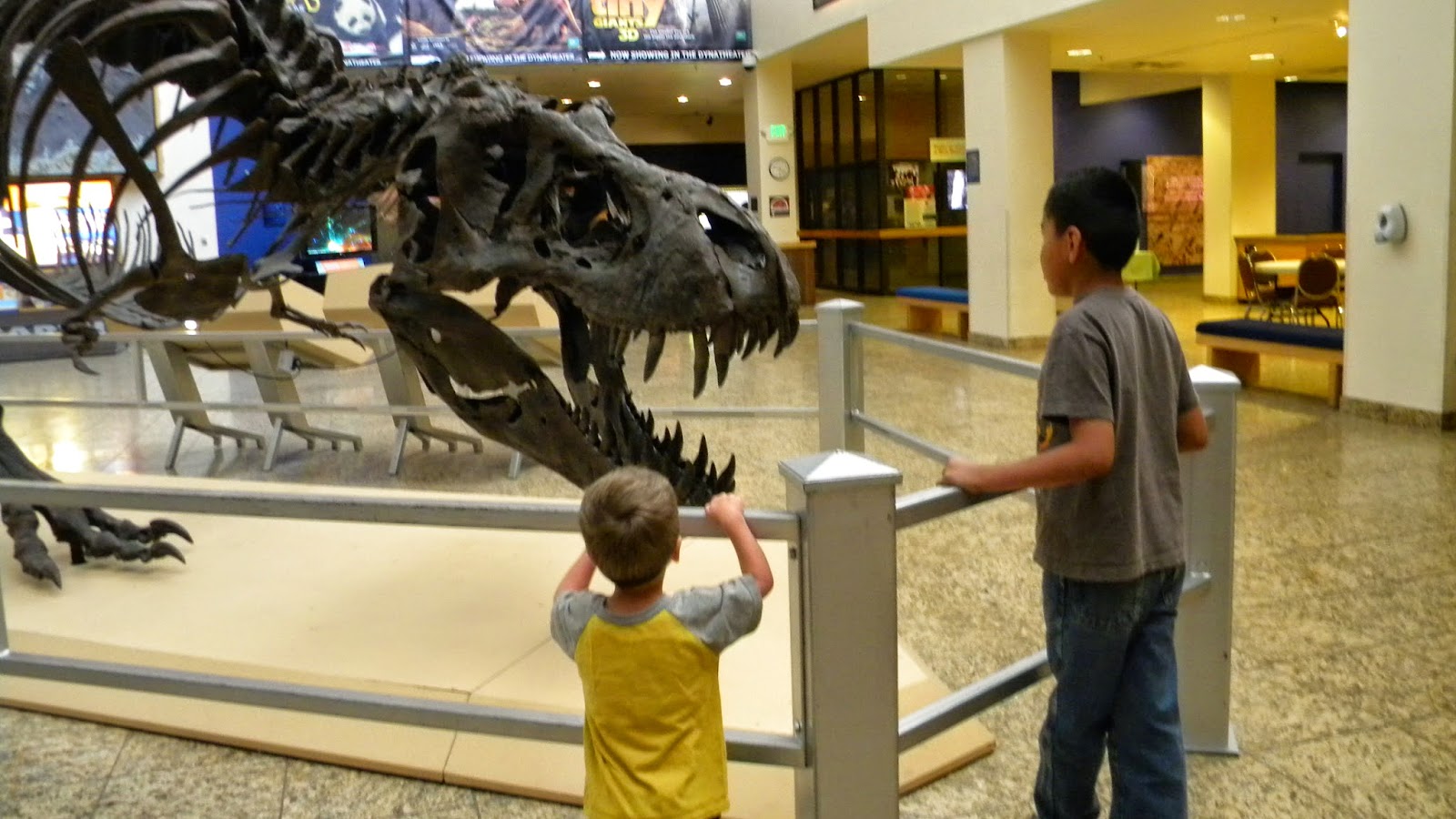 I have to say, the first part was rather disappointing. We knew it wouldn't compare to Explora, and we had warned the kids that this wasn't a hands-on place, but the first two people we encountered made me think of the director in "Night at the Museum". If the first words out of your mouth are always rules about what not to do, you may want to rethink things a bit.

There were some interesting exhibits, 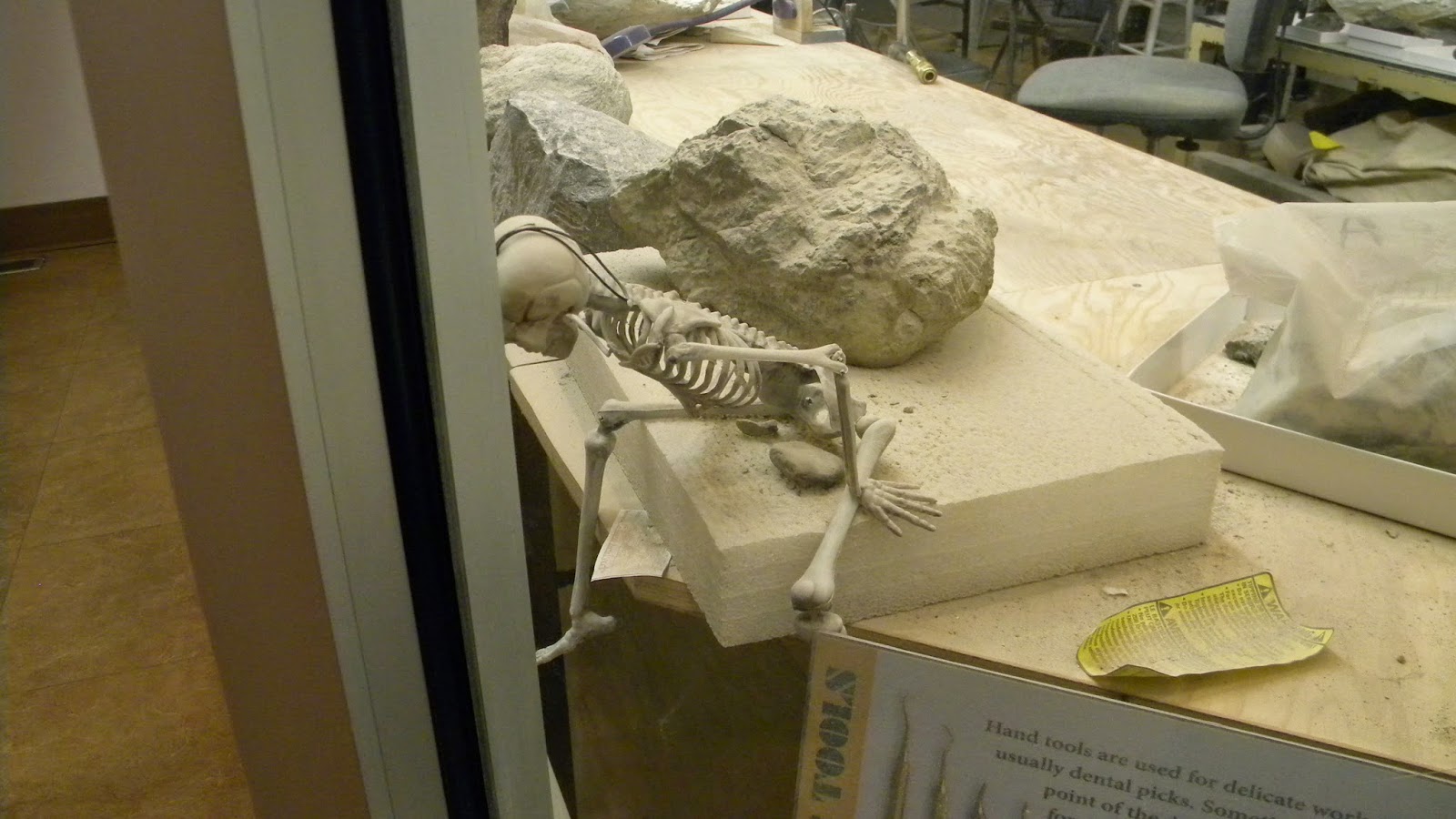 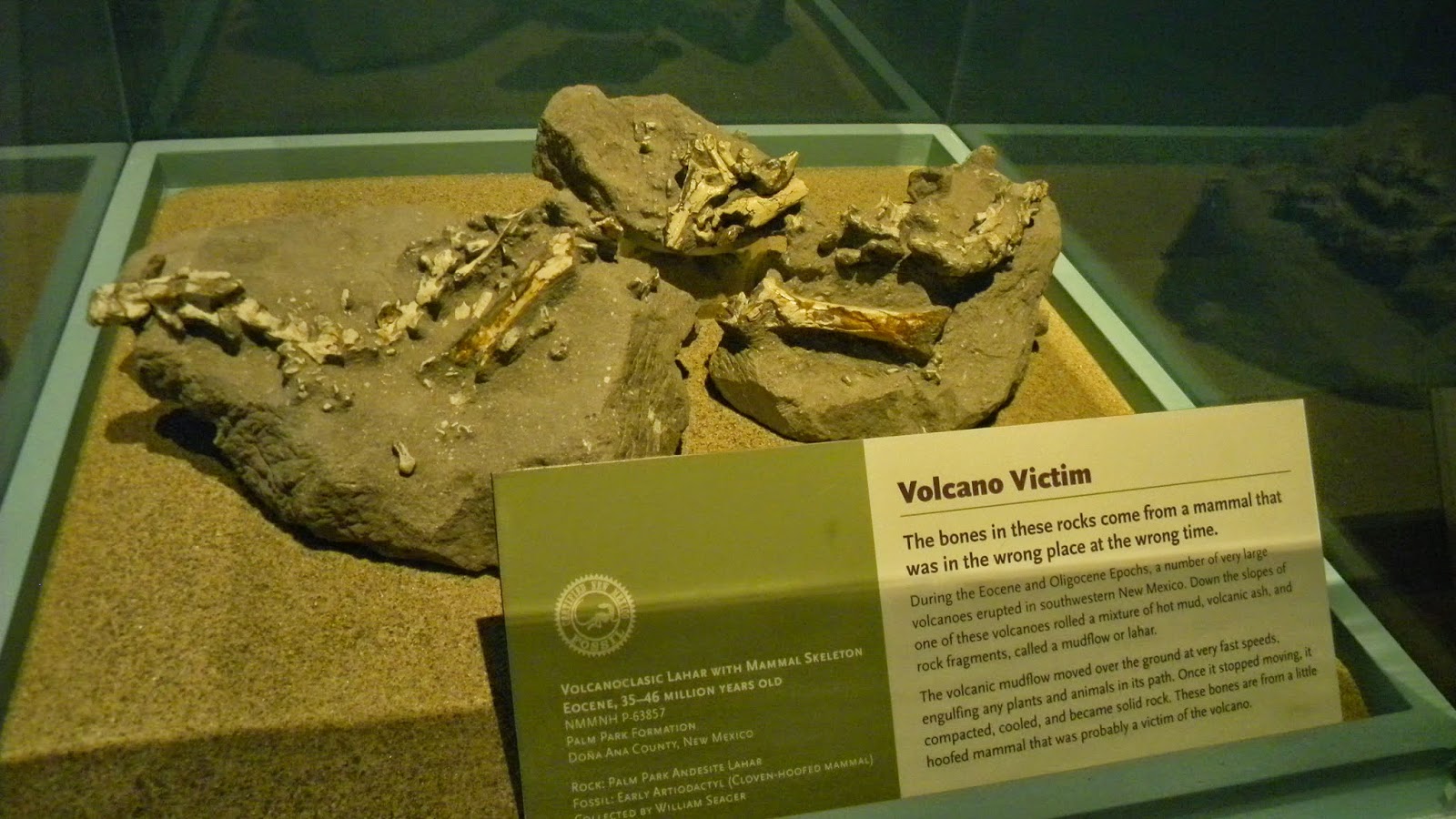 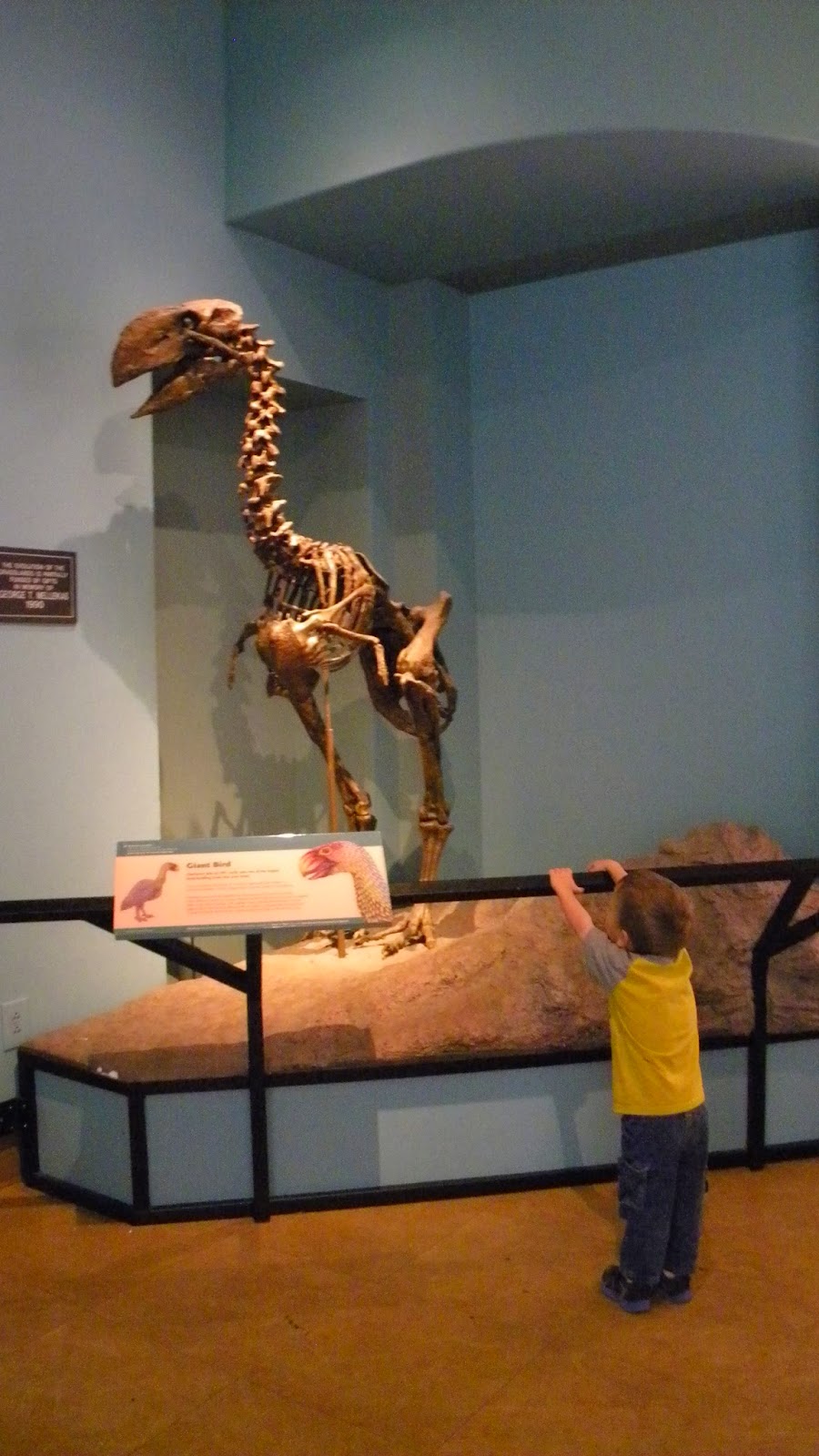 but not very many people! 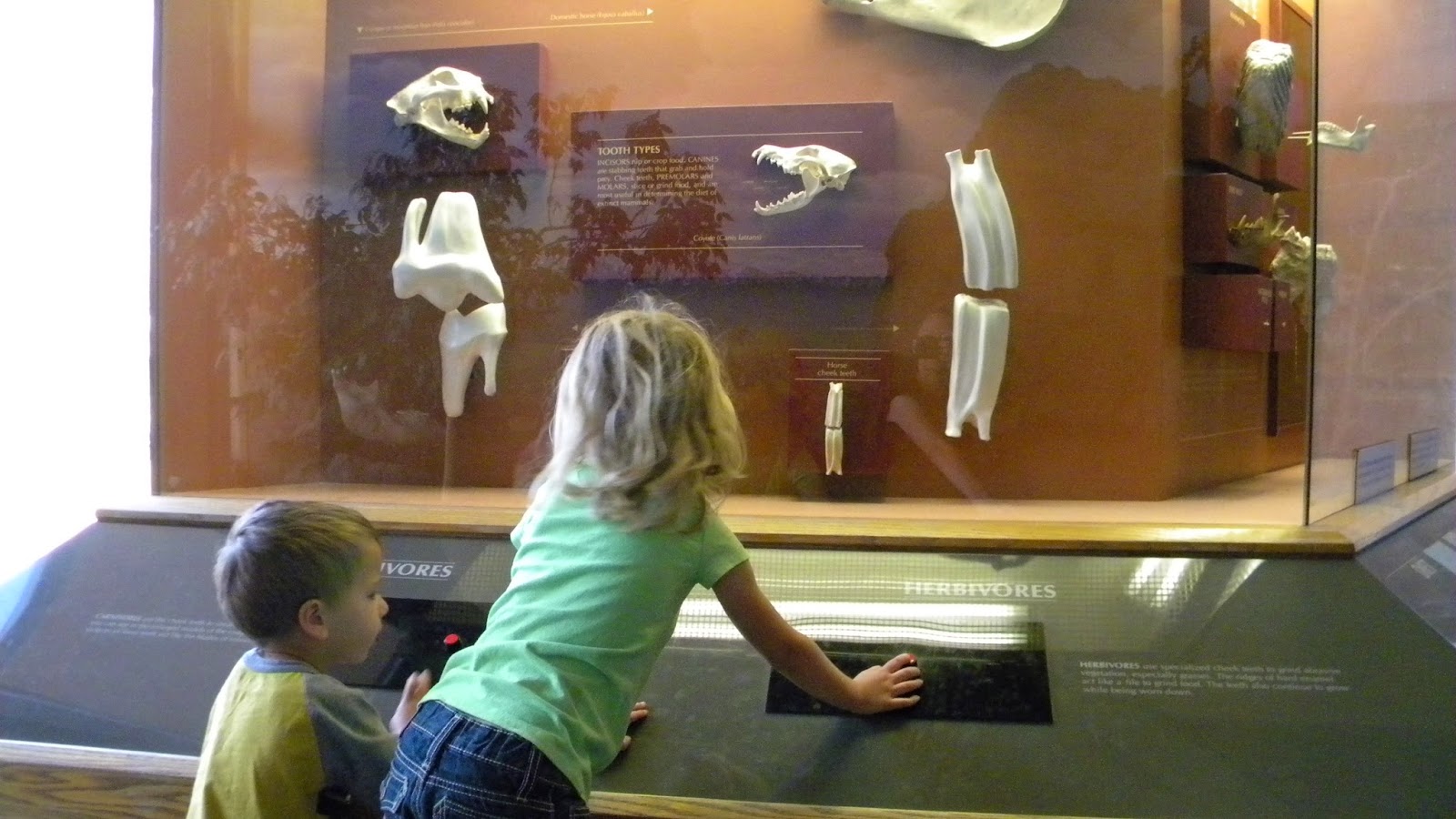 There were a few simple, interactive displays - in this one, you push a button to watch the teeth move up and down, or side to side (but it doesn't mention that we have both kinds!) About half of the displays with buttons were out of order, though, and a lot were hard to figure out (as in, what they were supposed to do, or how to work them). 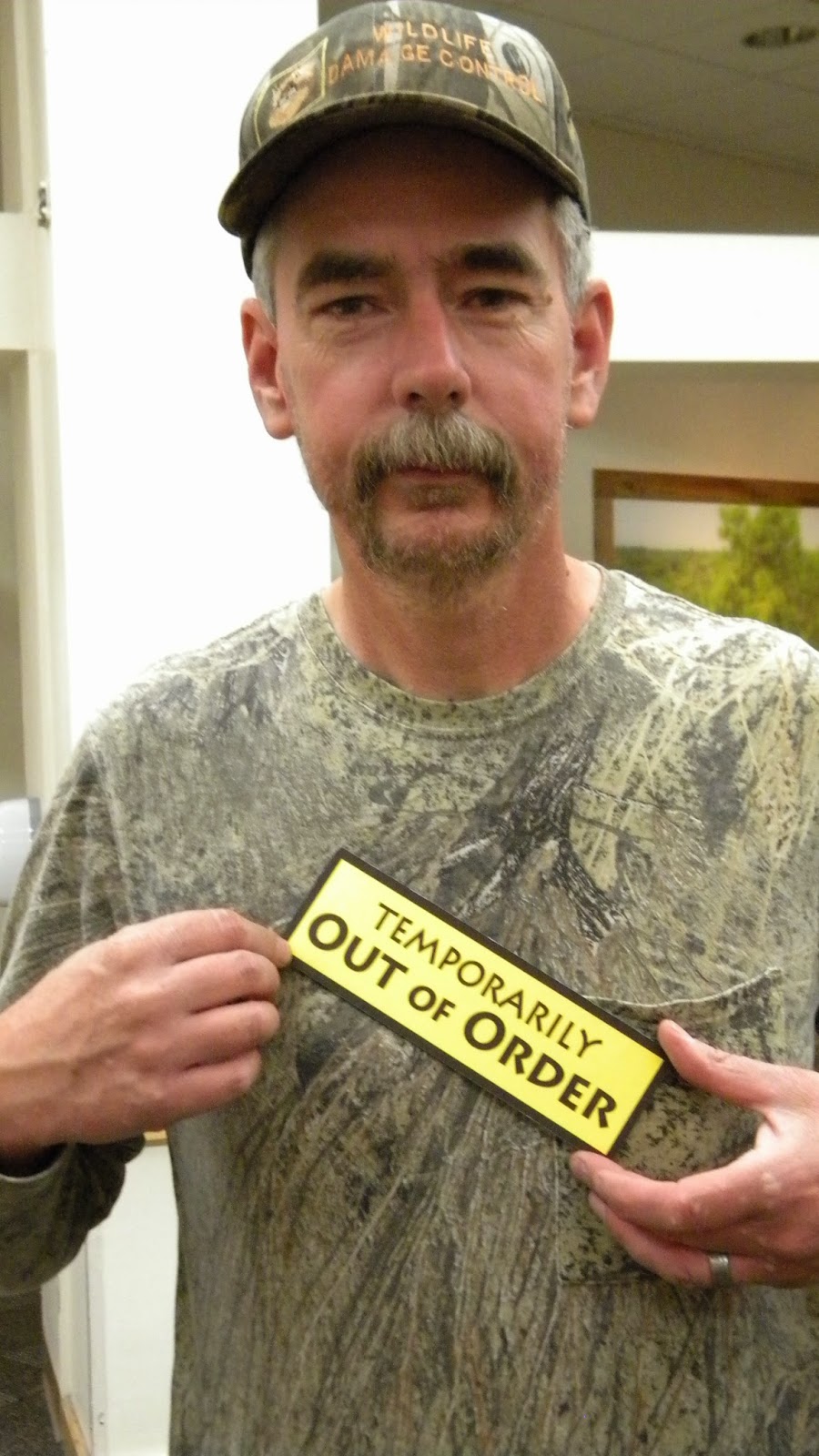 If nothing else, we can have fun with the signs! 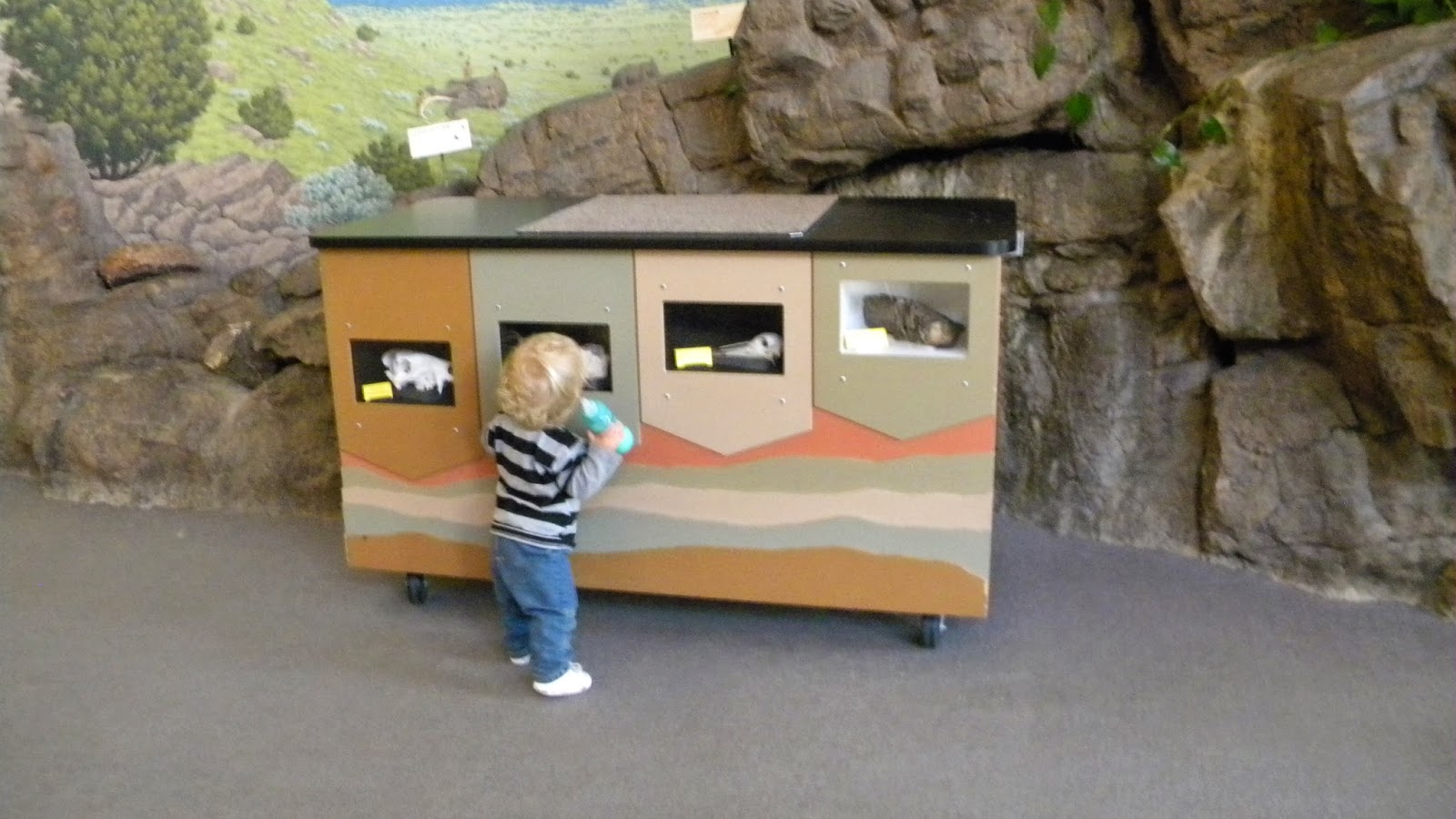 Shane felt the need to kiss the skulls.

There was a volcano walk-through that was interesting: 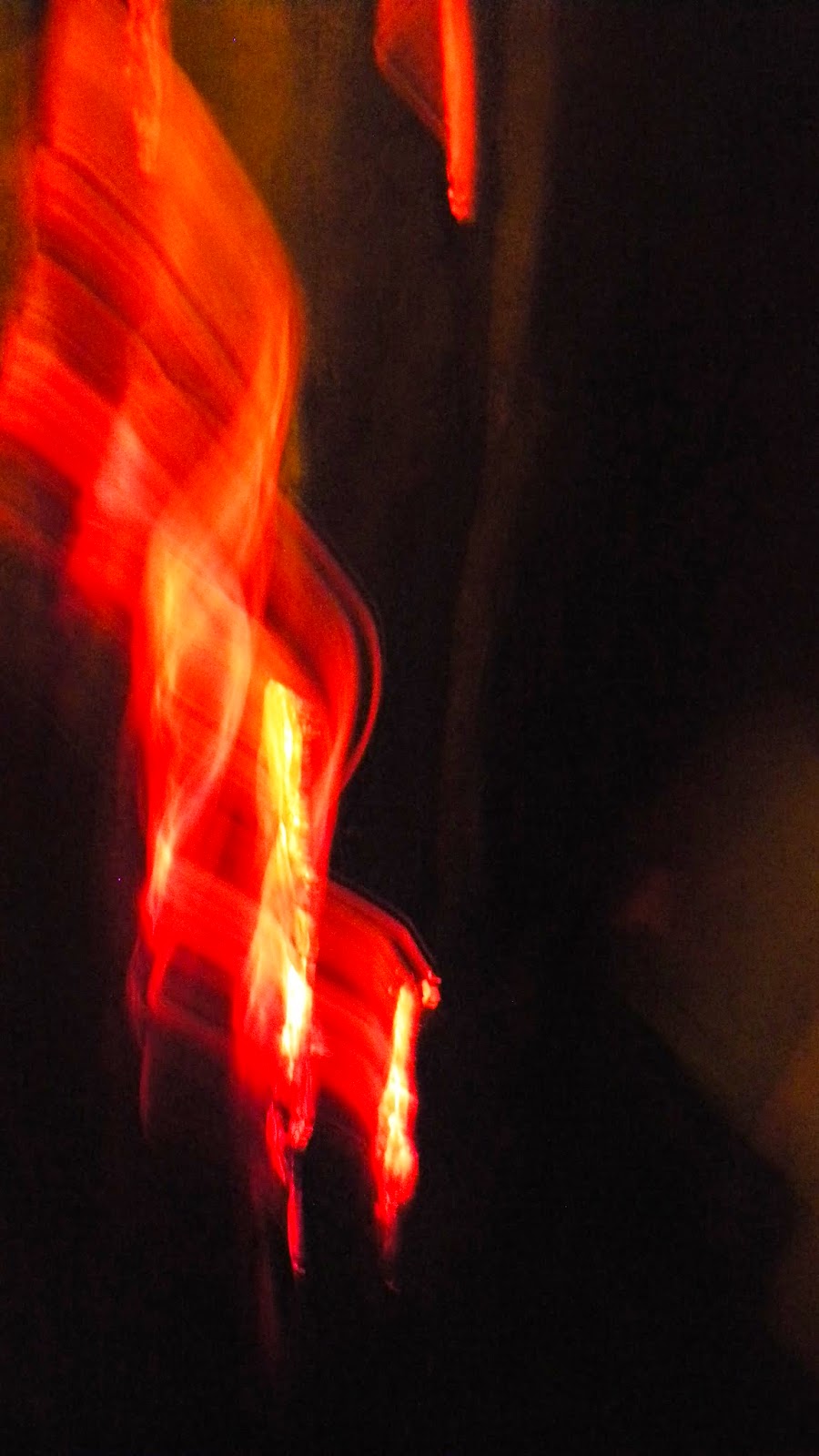 fire 'lights' in the walls, and a glass path over molten lava: 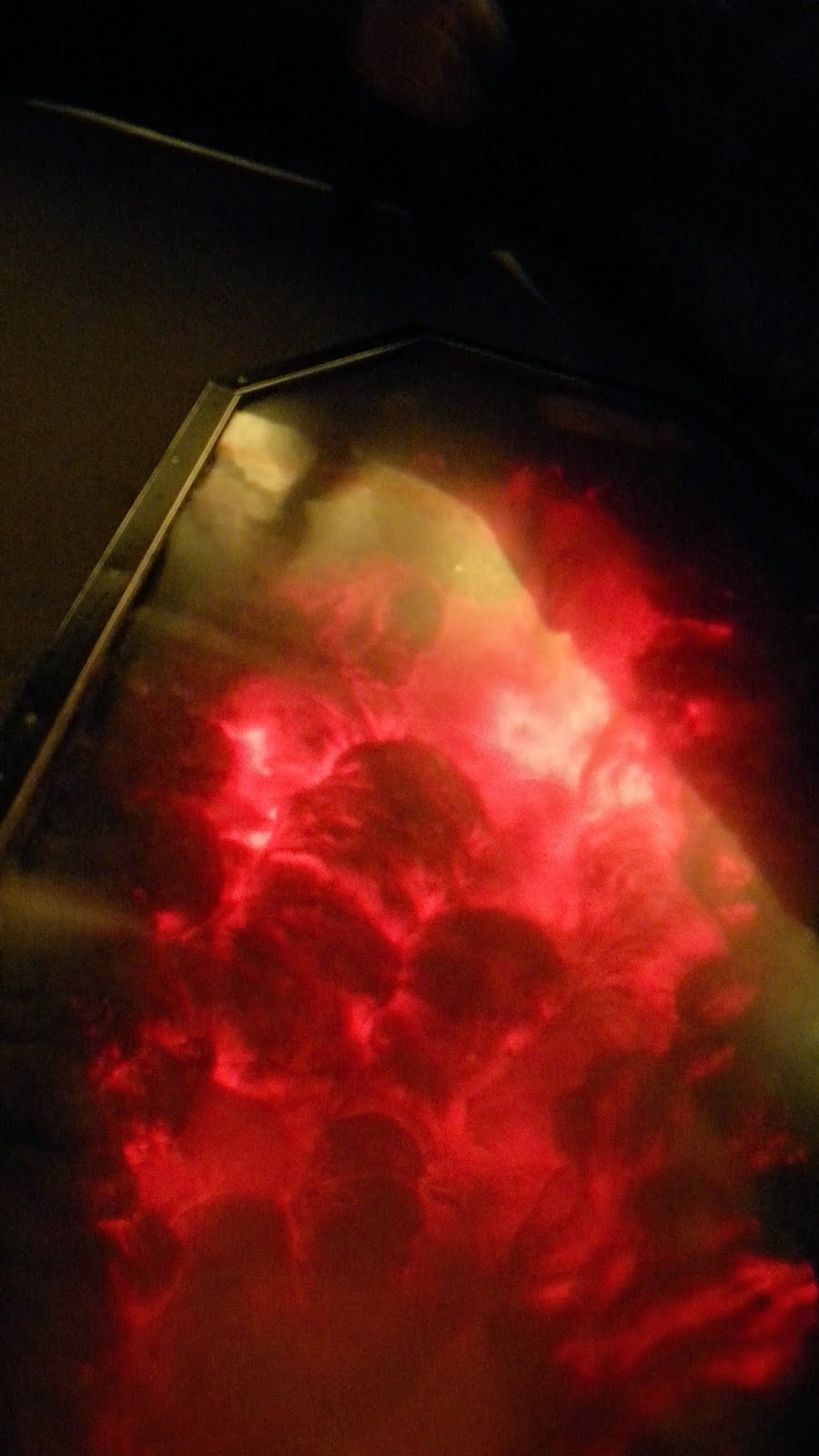 which Sheridan insisted on being carried over...until Logan, running ahead, yelled, "Ooh, crystals!" Then she wanted down so she could catch up. 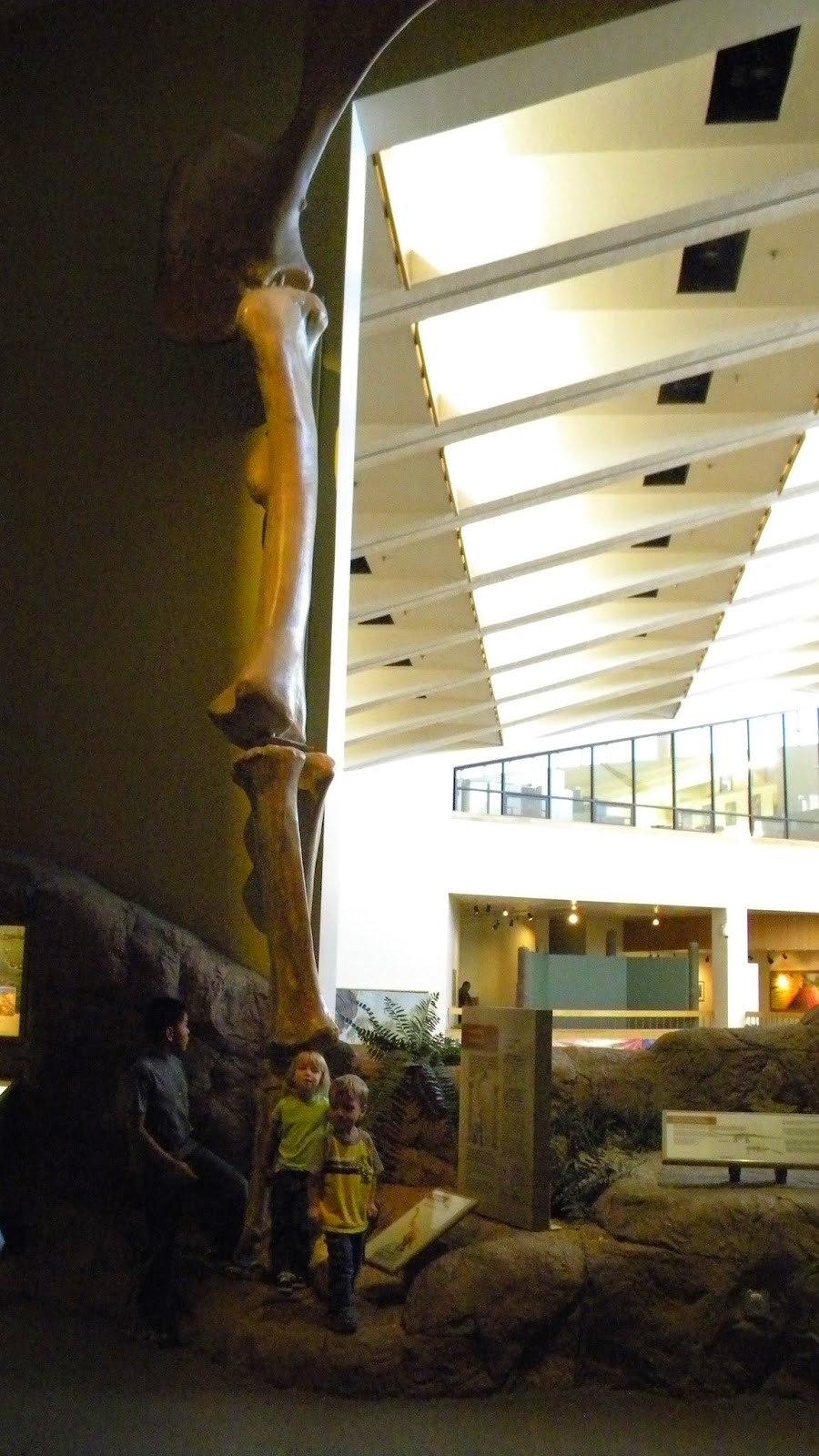 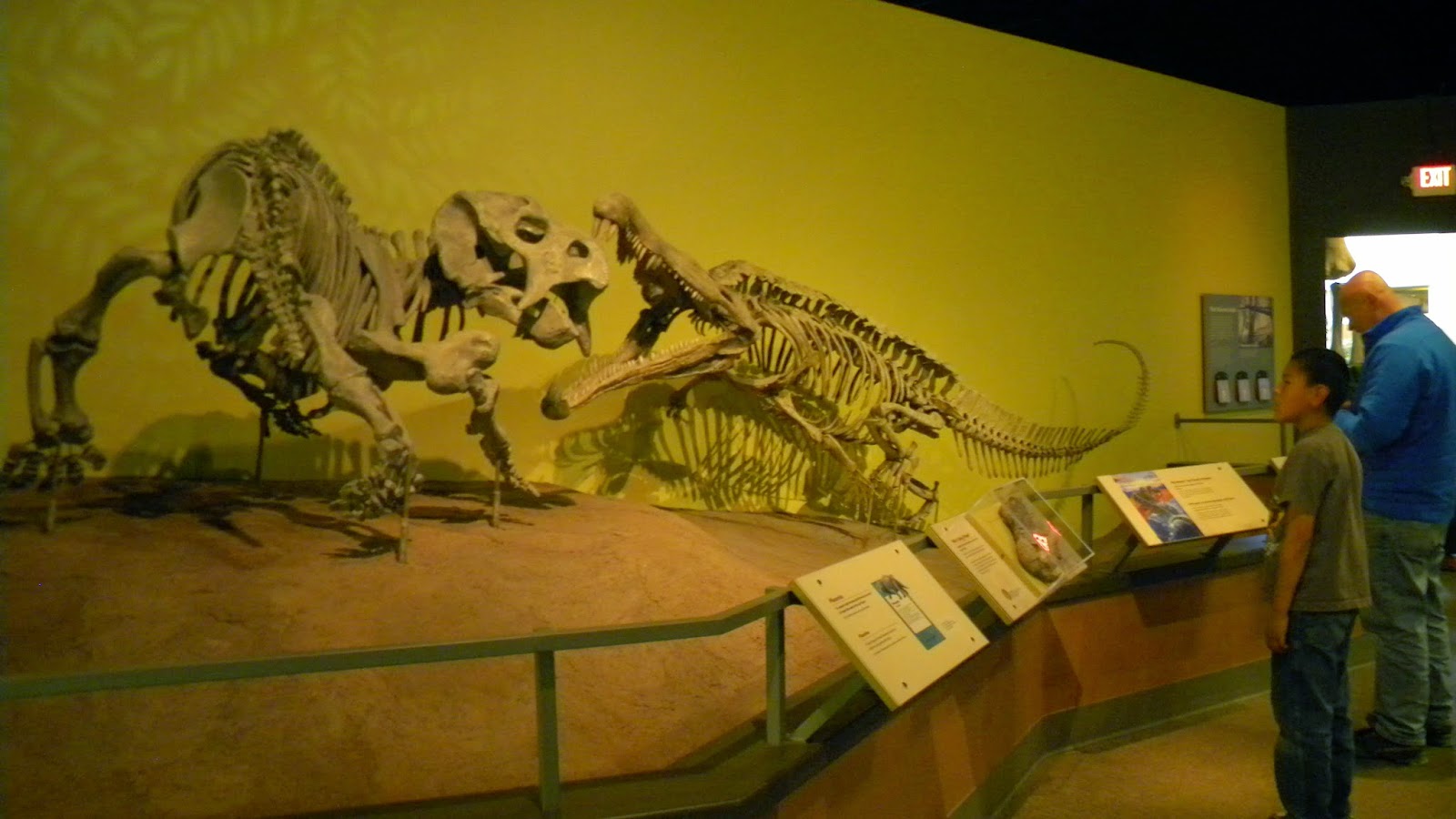 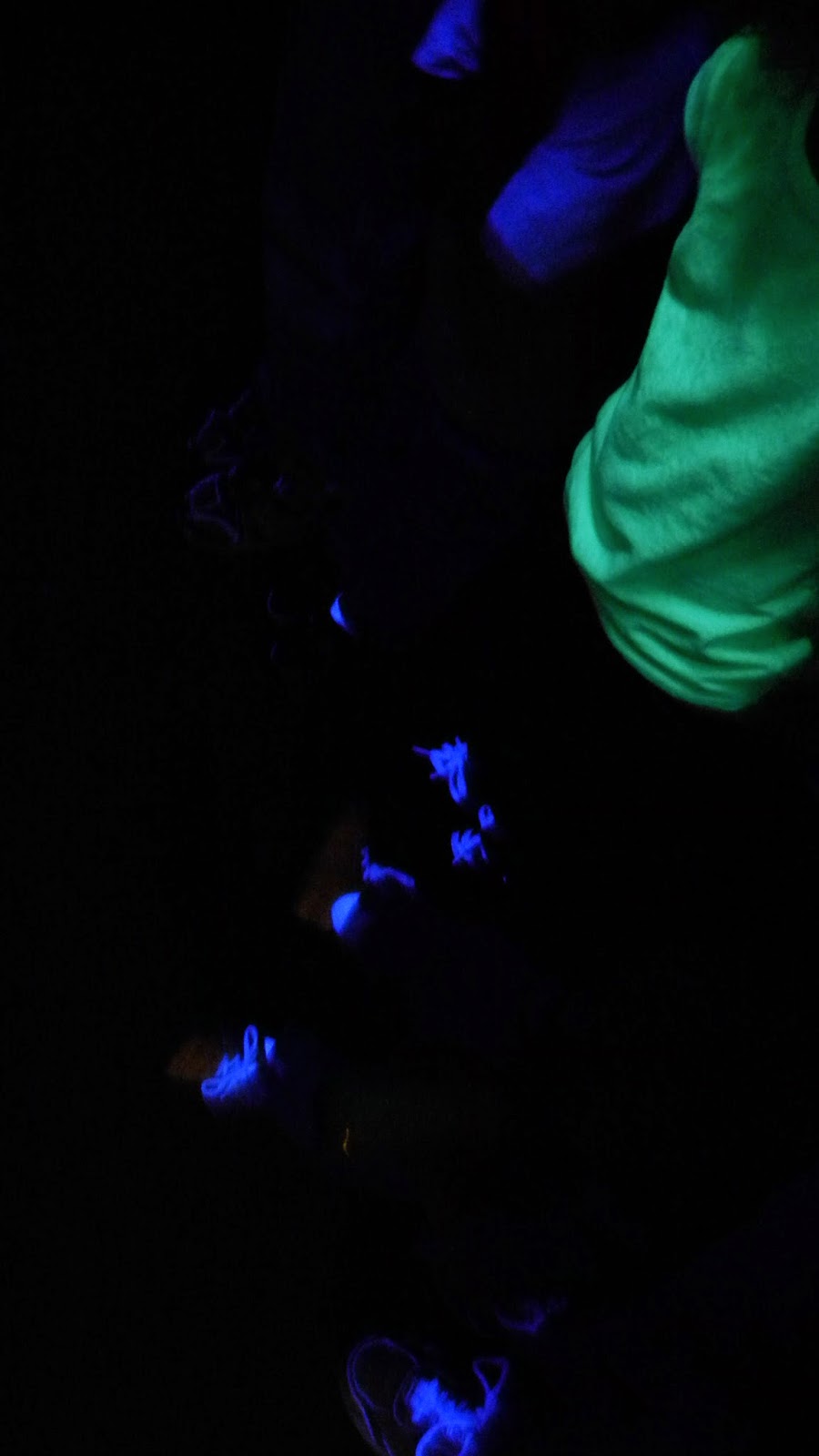 Can't remember what was in here, but our shoelaces glowed in the dark. 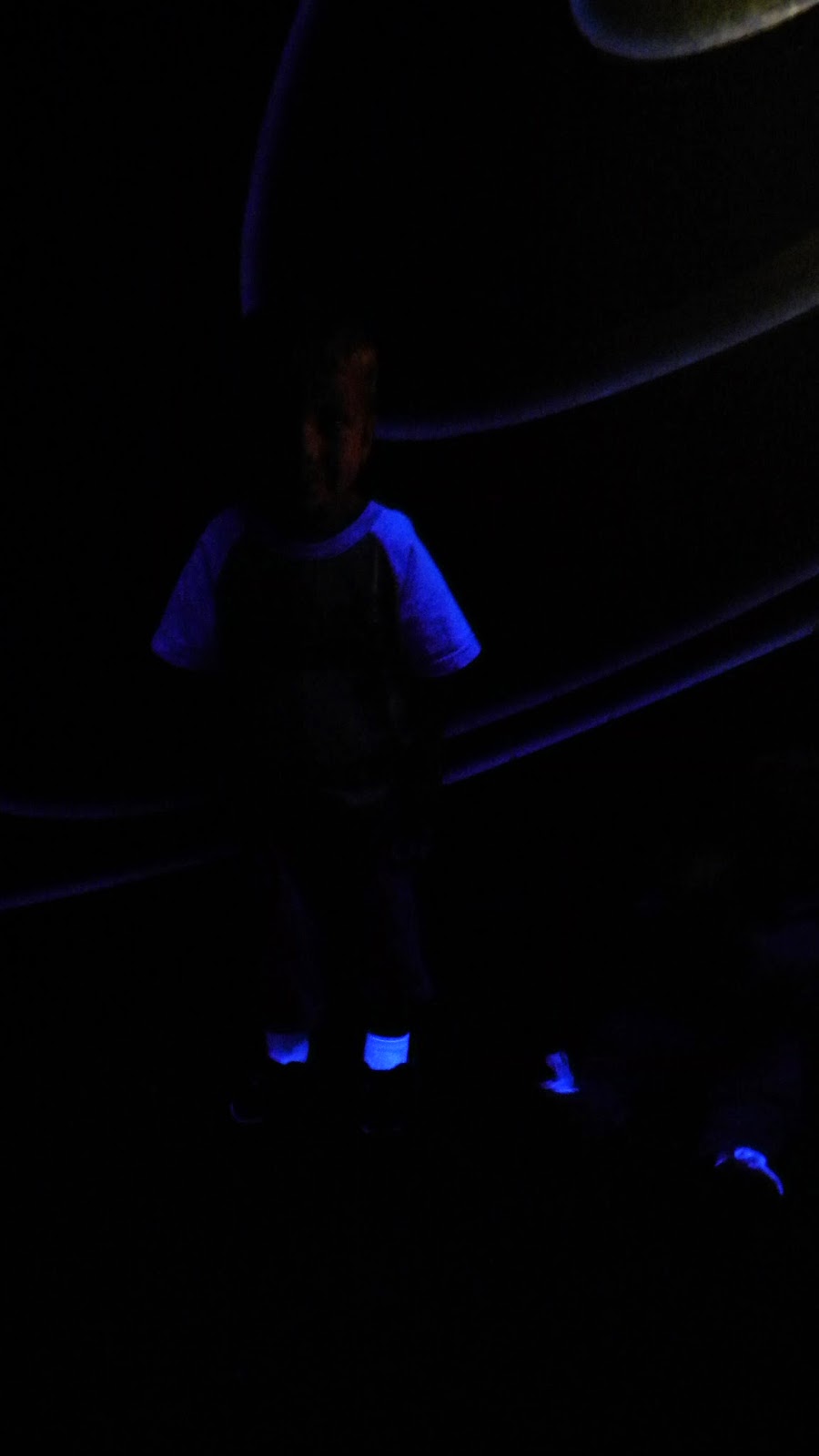 Things actually got more interesting when we left the dinosaur section. 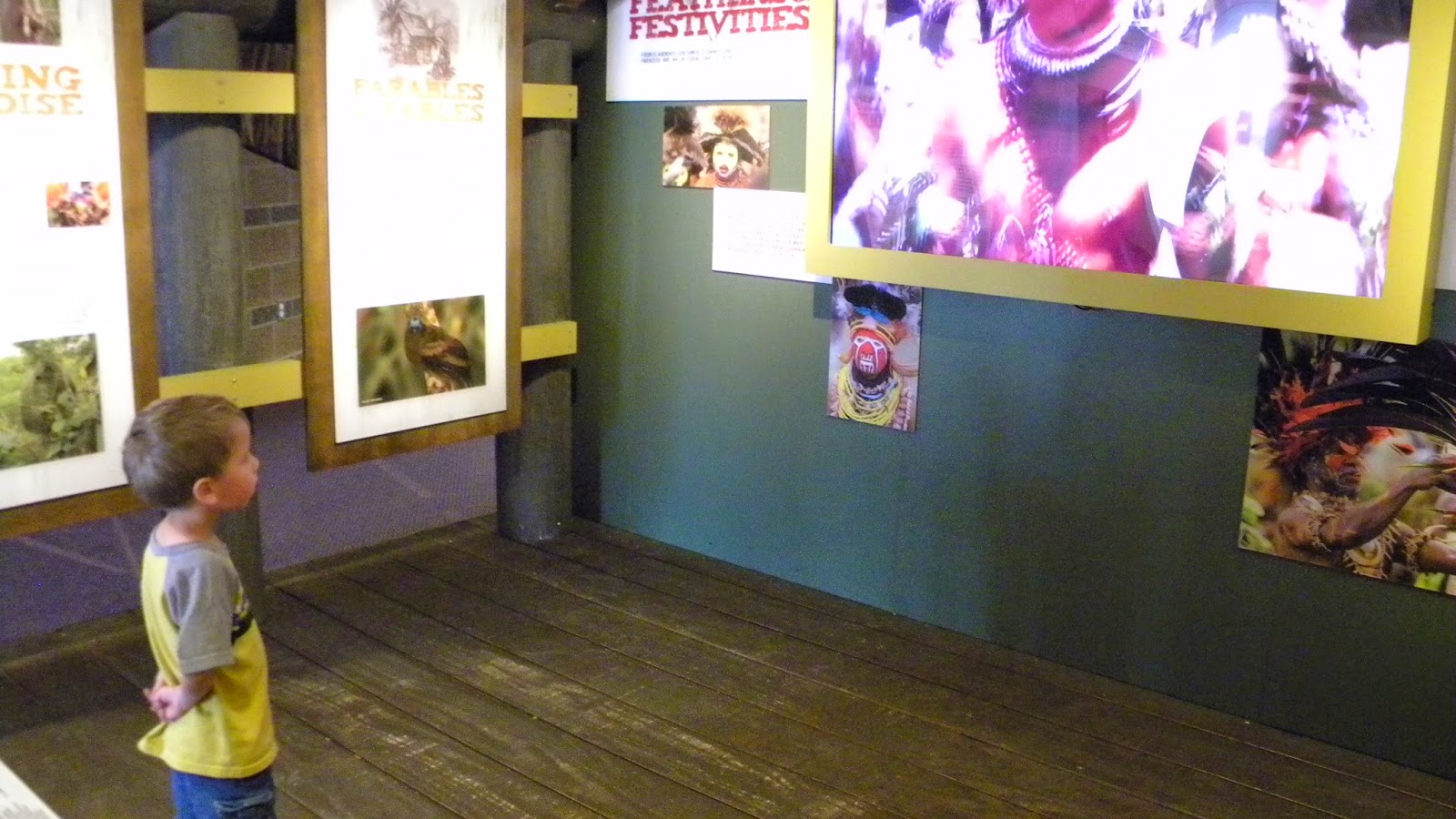 Watching tribal dances from New Guinea. Not entirely sure what that had to do with NM Natural History, but it was interesting. 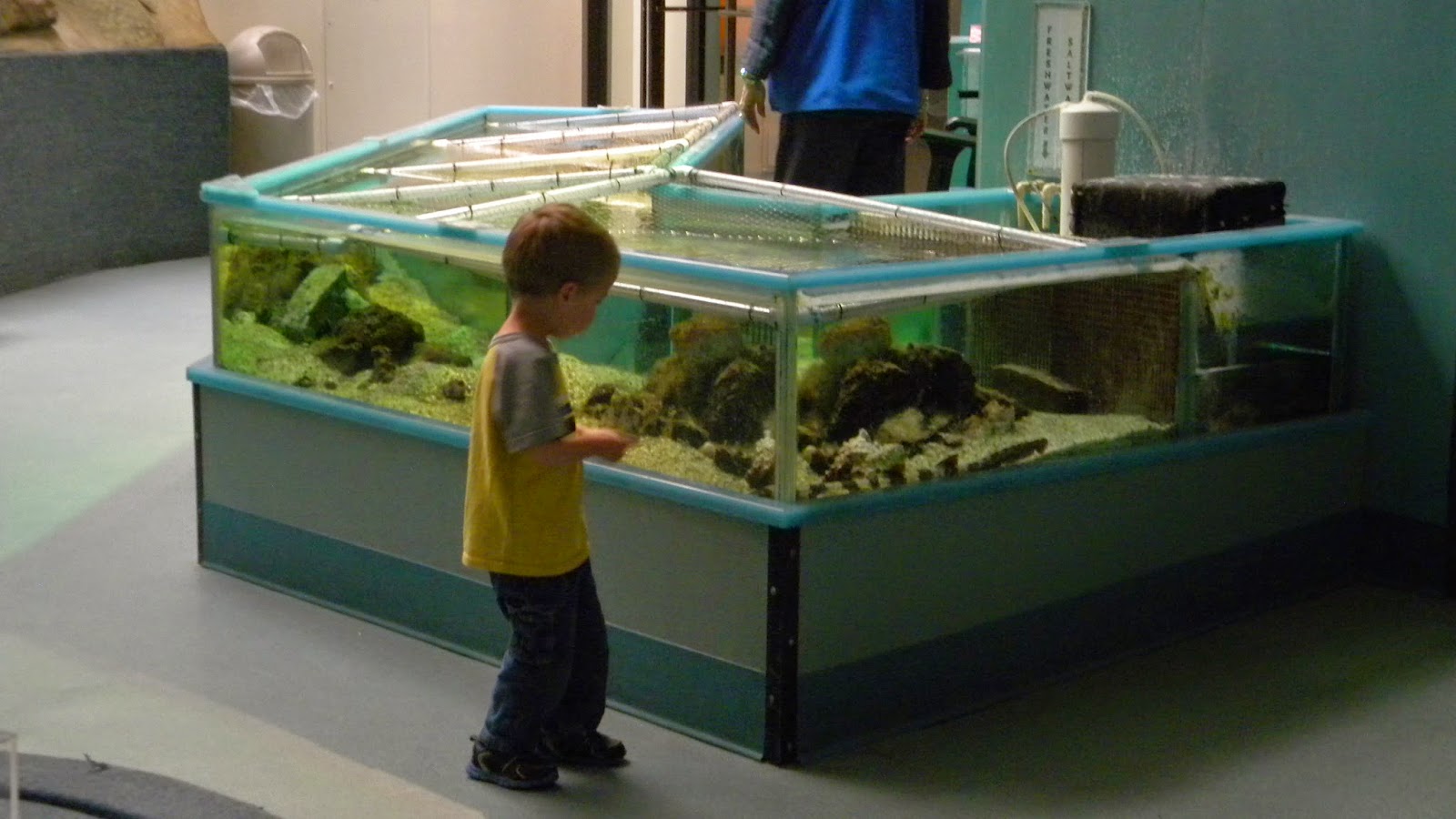 Representation of when New Mexico was covered in salt water. Logan was really fascinated with this one! 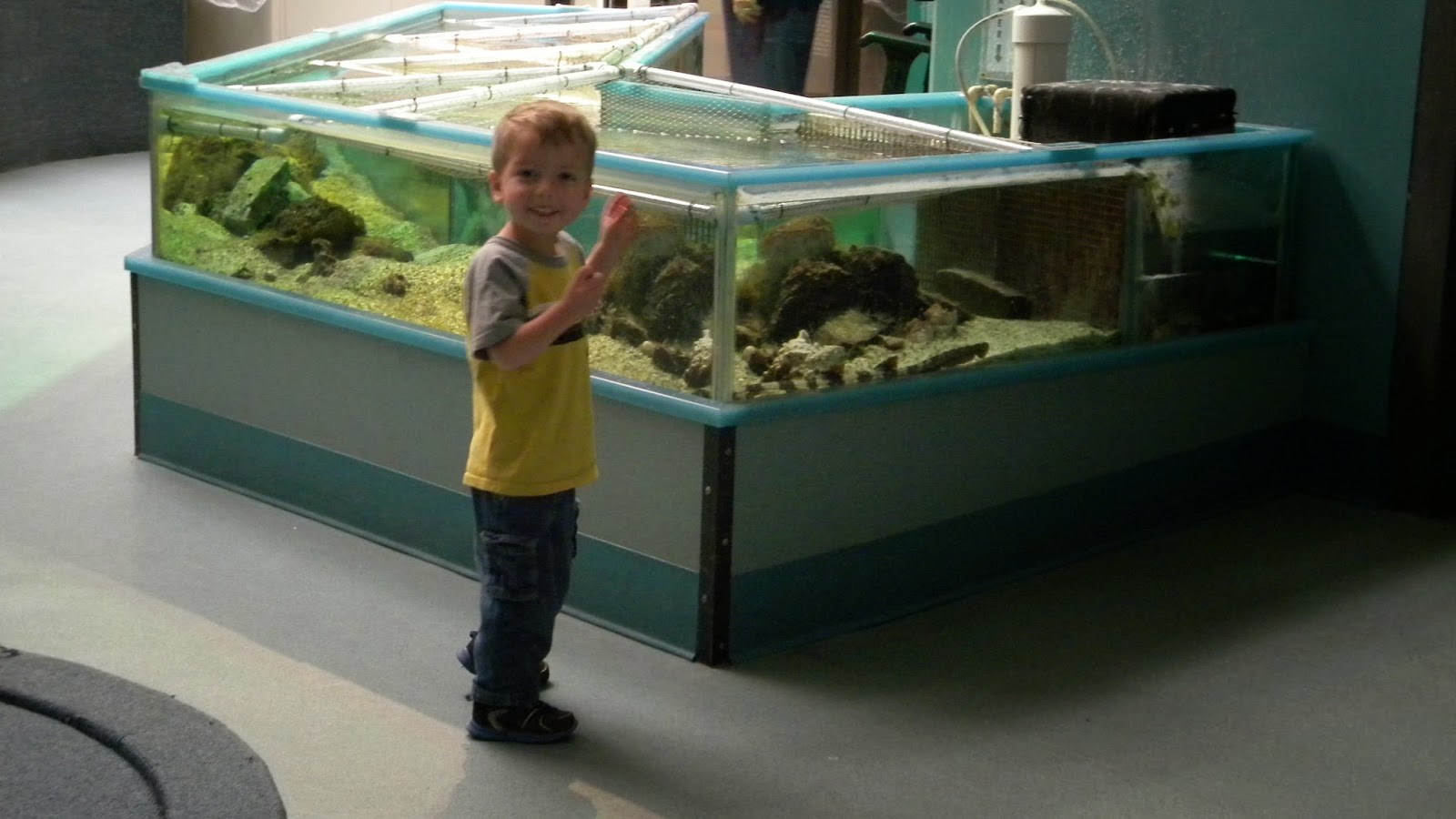 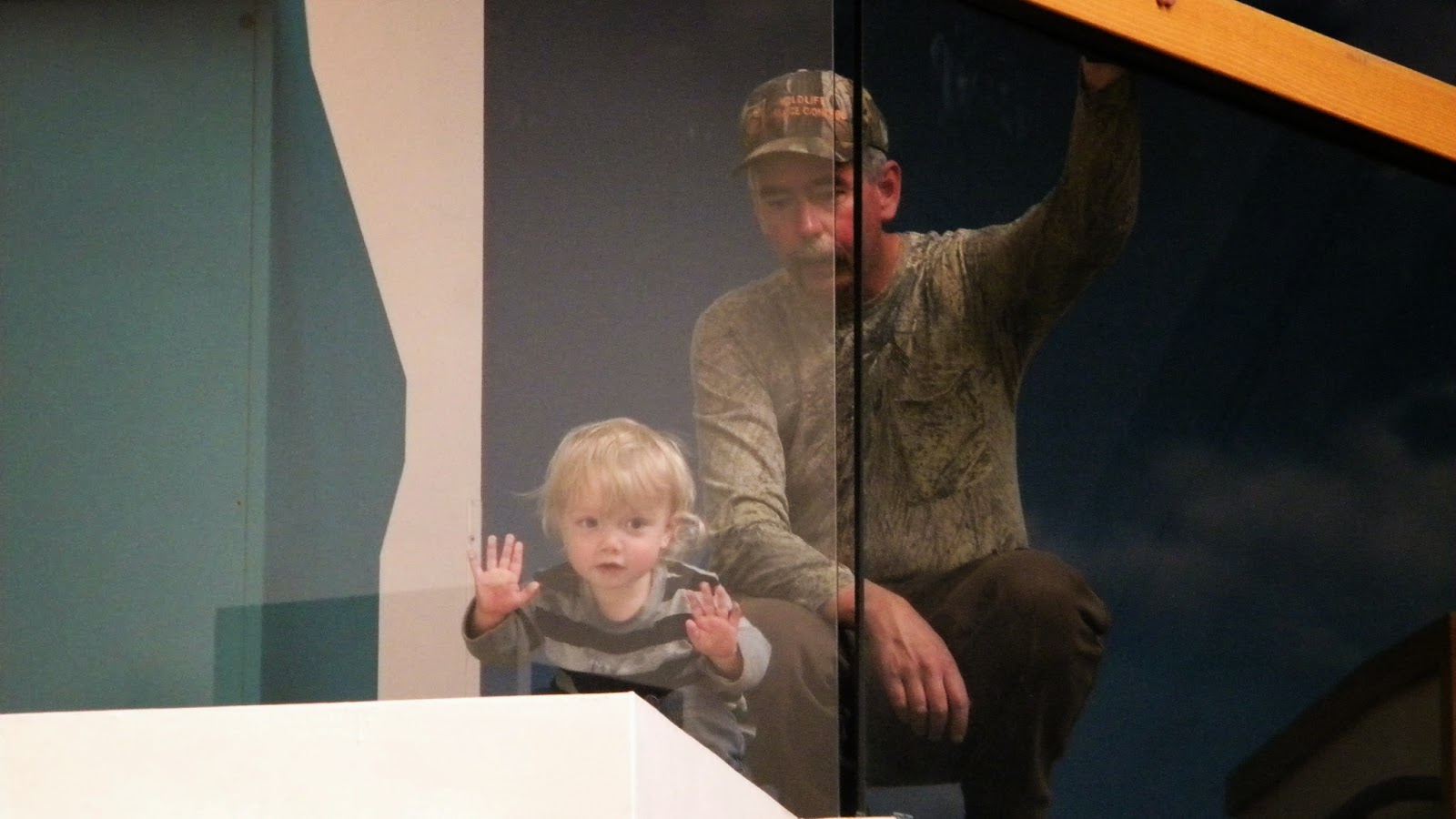 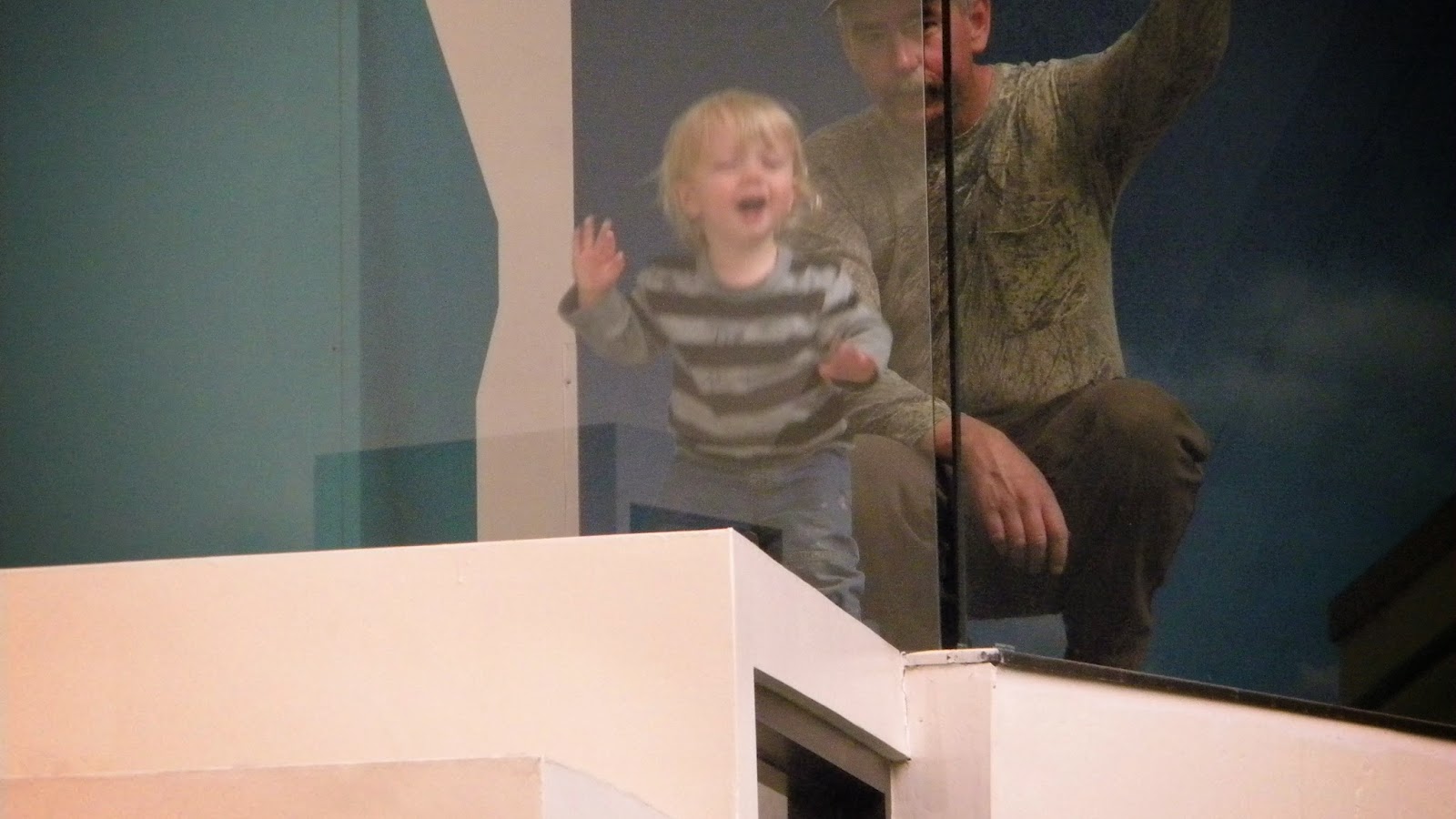 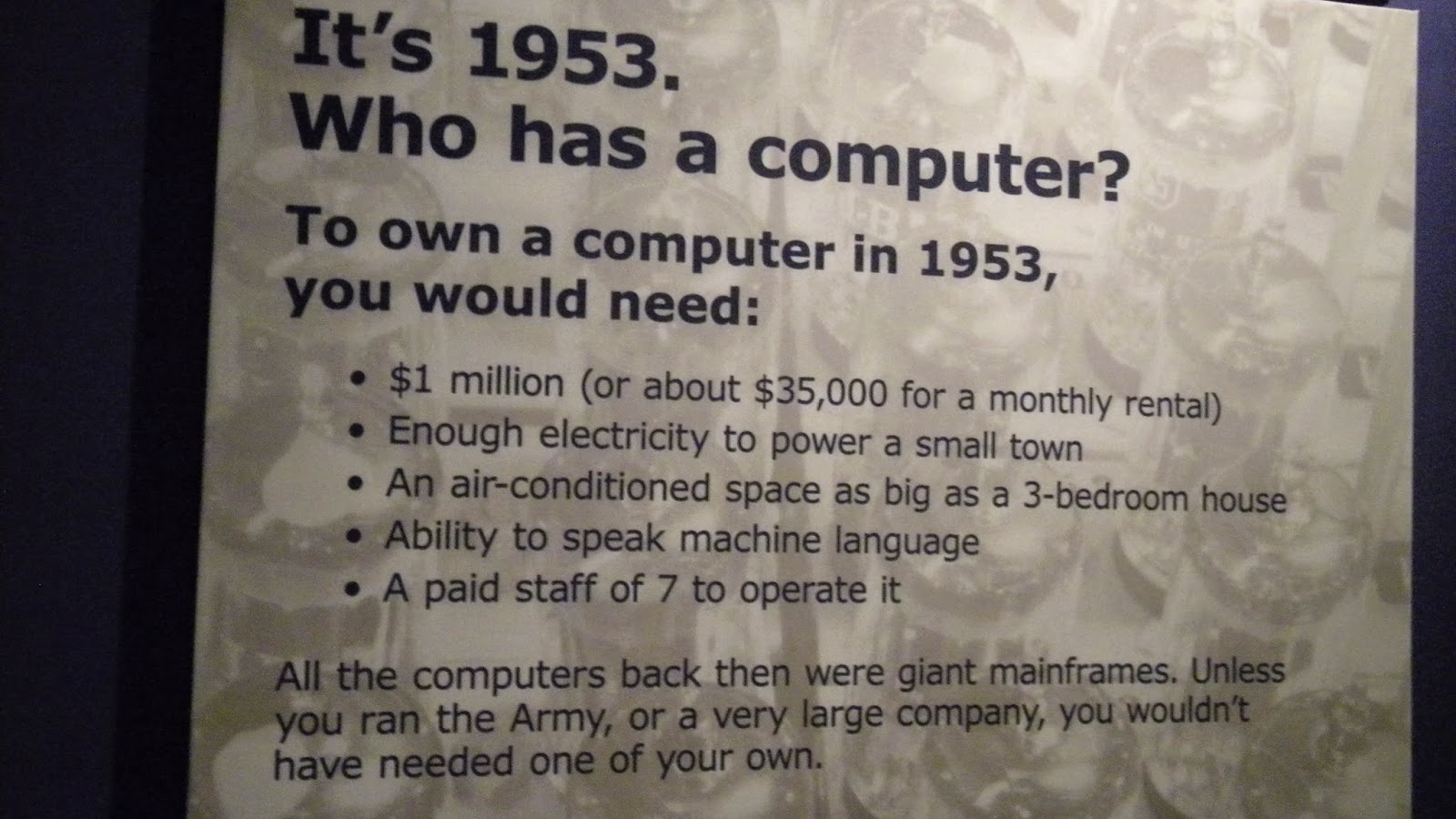 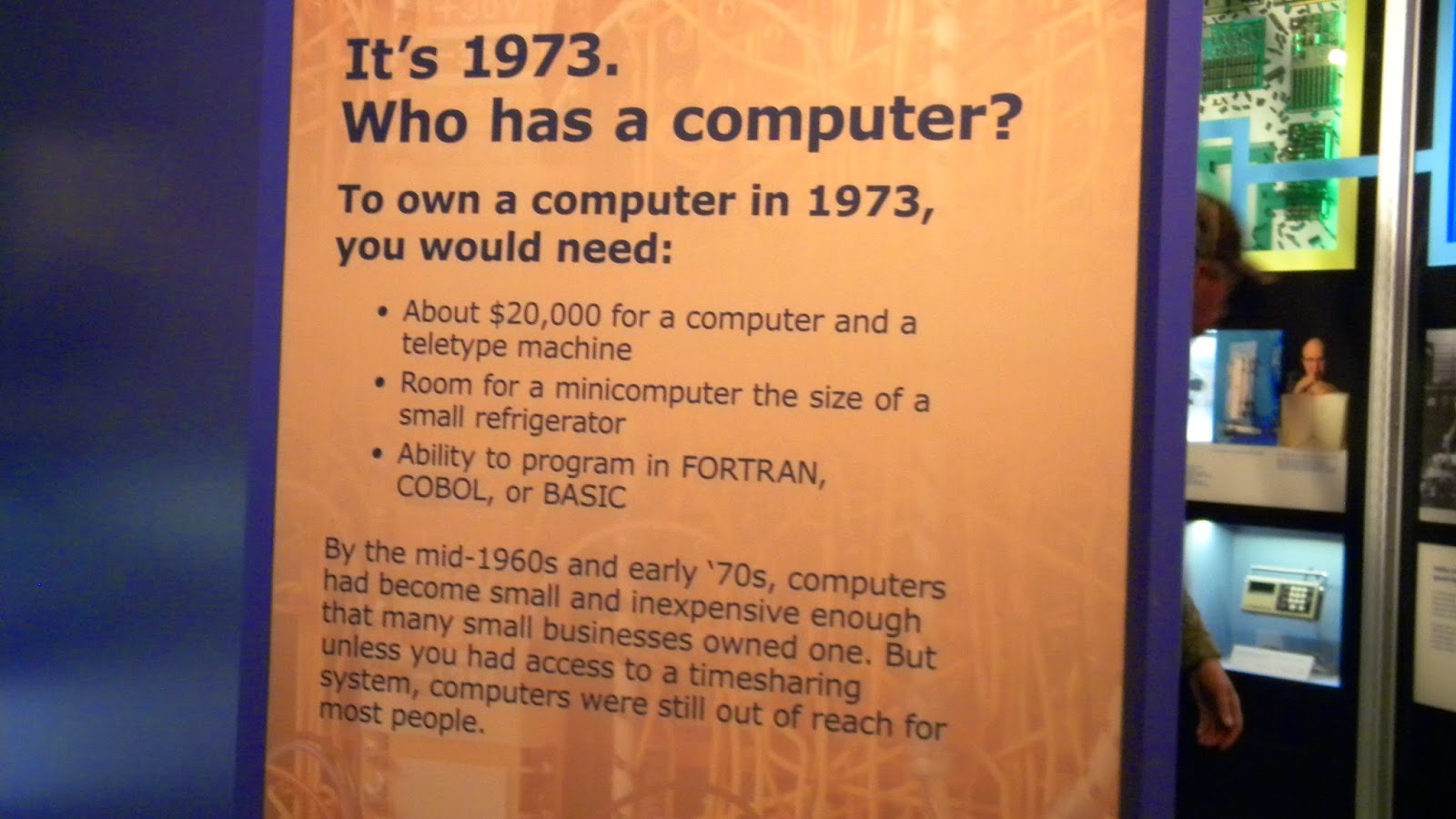 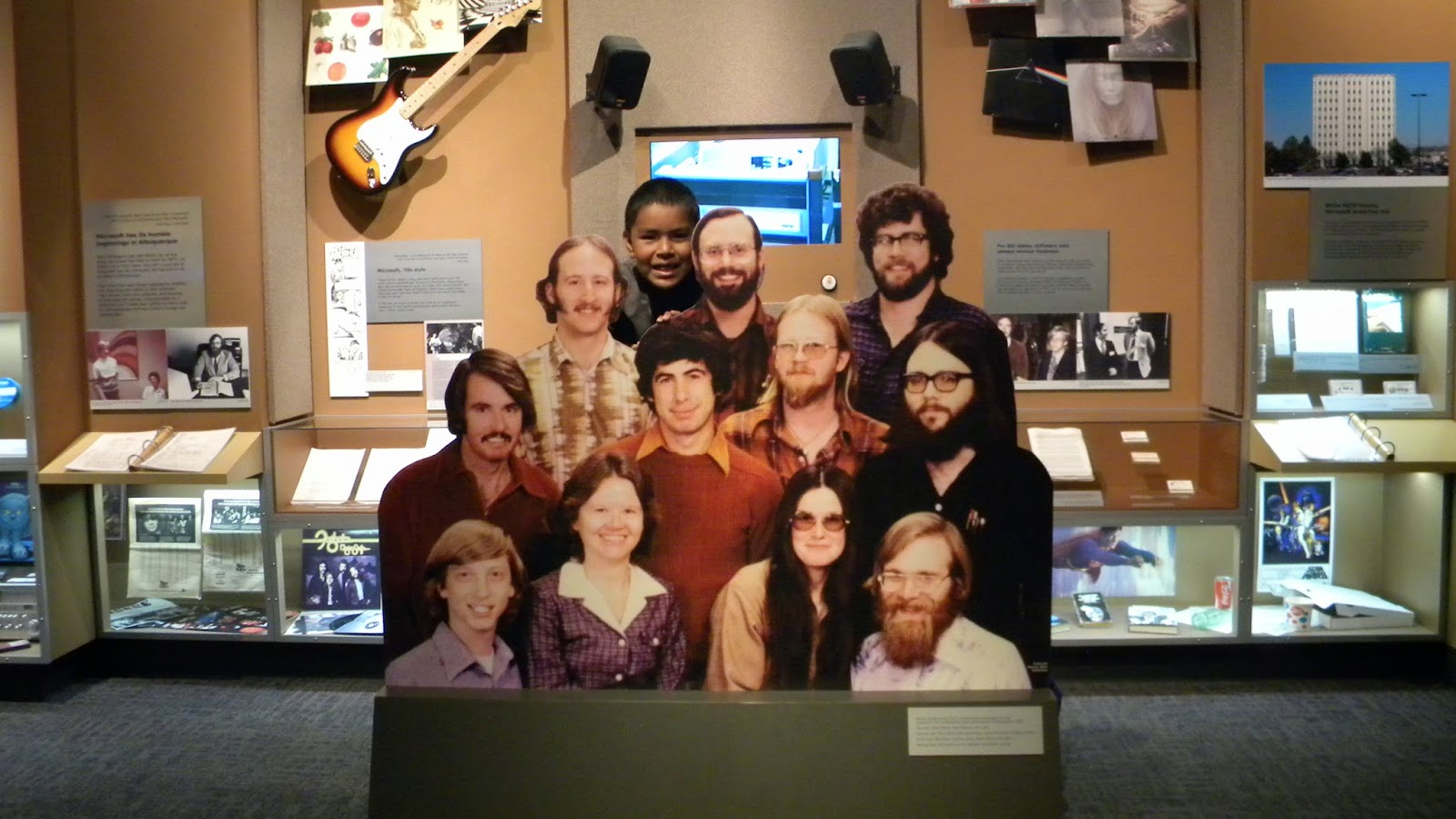 We checked out the gift shop, and decided each child could pick one thing (I also grabbed a geode for each to break later). Oh, the agony of decision! After MUCH debate, Christopher got a cool pack of plastic dinosaur skulls, Logan got a semi truck hauling two dinosaurs, Sheridan (who took the longest) a stuffed bunny, and Shane (who made the fastest decision) a stuffed moose. Wishing now I had bought that Einstein t-shirt, but I was feeling cheap.

We ended up eating lunch inside the camper, out on the street, because - wind again! As we hit the road, we finally broke out the DVD player in our car that we have never used (came with it). I bought Sister Act 2 a while ago and saved it - I knew they would like it, and I've seen it enough times that I didn't have to see the screen. They did enjoy the music, but it was hard to explain what nuns are, to kids who have never encountered the Catholic church!

When we stopped in Las Lunas for gas, Logan wasn't feeling good. We got out again at a rest stop a little later, and he perked up for a few minutes, but was quickly unhappy again. He never threw up or had a fever, but was definitely miserable, poor guy. We could have made it home, but that would have been a long drive, so we decided to stay overnight in the Valley of Fires. More lava formations, but these weren't all formed by a volcanic eruption - they were, as the kids like to put it, from the earth farting.

The wind did not ease up, as we had hoped. The weather report had said 20mph, but the weathermen were obviously nowhere near us. By dark, even with the stabilizers on, the camper was shaking pretty badly. Of course, leaving would mean taking the stabilizers OFF, and then trying to drive while being slammed around - no, thanks! The kids were scared, but we reassured them, and they thankfully fell asleep and stayed that way.

I can't say the same for myself! I honestly can't remember the last time I was truly scared - worried, sure, I'm a Mom - but I spent most of the night having very to-the-point conversations with God, and poised to wrap myself around the two sleeping next to me at the first hint of tipping. The one time I did fall asleep, I dreamed we were careening down a steep mountain path, and couldn't control our sleep. Real restful.

Obviously, the stabilizers held (although we discovered in daylight that one had been knocked off the blocks! I am SO glad I didn't know that at the time!) When the winds died down to simply knock-you-off-your-feet, we made a mad dash for the car, Daddy unhooked everything, and we headed out to the highway.

Where, within half a mile, there was absolutely no wind. Figures.

We were home by 10:02AM, several hours ahead of plans, but all in one piece. Logan is feeling much better, and chowed down at lunch. While I was happy to have a washing machine, and Emily (our golden retriever) ensconced herself in the car so we can't leave without her again, Daddy is already planning our next trip, and Sheridan says "Coming home is stupid!" Definitely a great trip, and thank-you to Grandma for taking such good care of house and pets for us while we were gone!

Animals We Saw
Lizard at the rest stop
A few live animals at the museum (where a docent kept telling us we had to wash our hands later, and which stools we could or couldn't move. They must have different insurance agents from Explora.)

Car Conversation
Actually in the camper - Sheridan slept longest, and at one point sat up and scolded everyone with "Lolly, lolly, lolly!" then lay back down. She had no idea what that meant when I asked her later, but it sure sounded like bad words!

Total spent - $594.55
Figuring some of that (gas, clothing, air time card, groceries) would have been spent anyway, that's a pretty good price for a week's vacation for six! We also have a ton of food left over, because we skipped some lunches (after really big breakfasts) and had some unexpectedly provided. Let's do it again next week!
Posted by Ami at 2:00 AM