A real shower! A whole pot of coffee! I kind of like this staying-at-someone's-house thing.

Randy is a lot of fun, and the kids quickly warmed up to him. We all went out to breakfast at El Cafecito, one of the local law enforcement hangouts. Daddy saw someone he knew before we were all the way in the door!

Breakfast was great, but the wind was too much for my contacs, and that ruled out some of the outside plans we had. There is a mining museum right in the middle of town, though, with a replicated mine to tour: 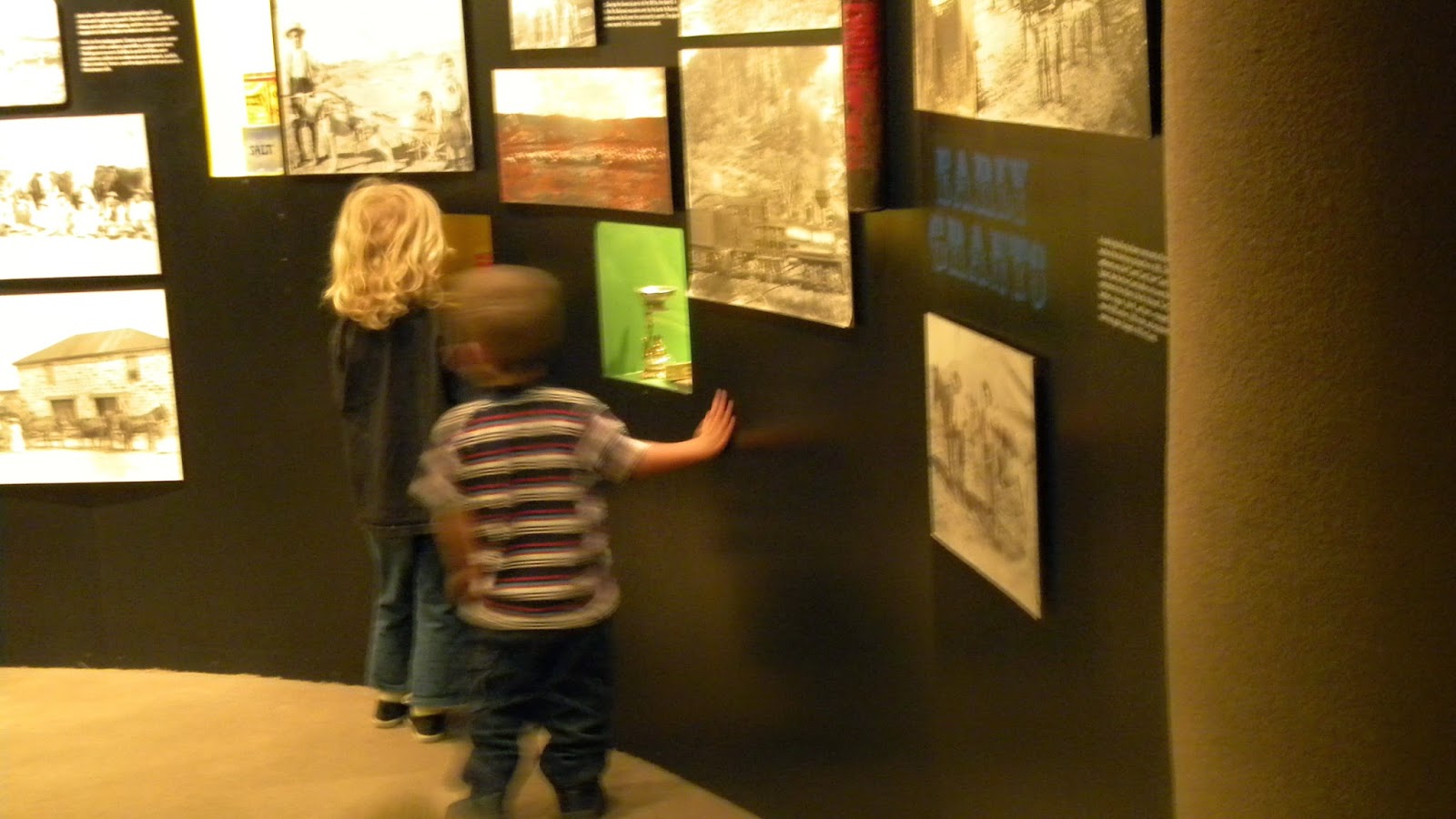 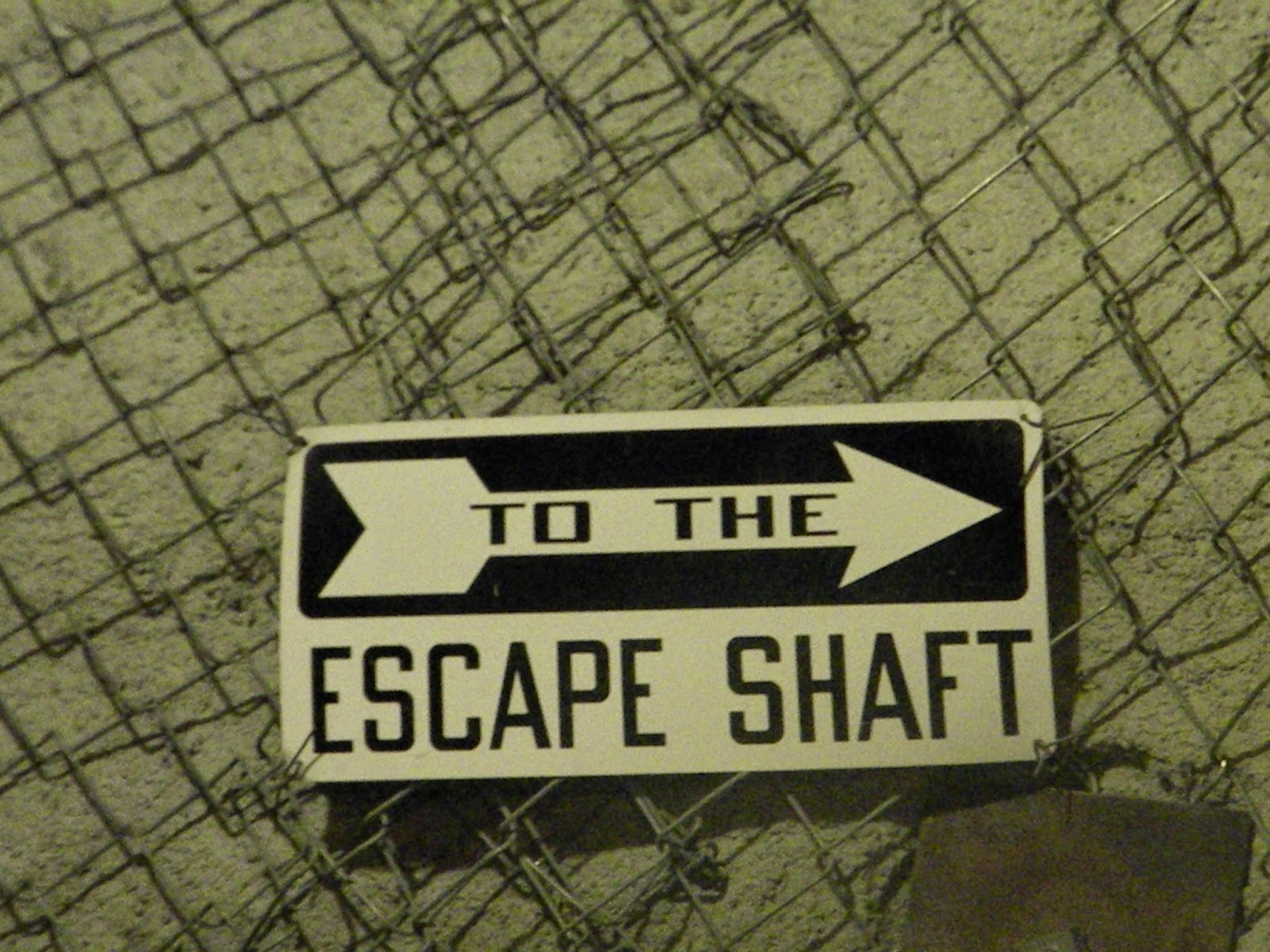 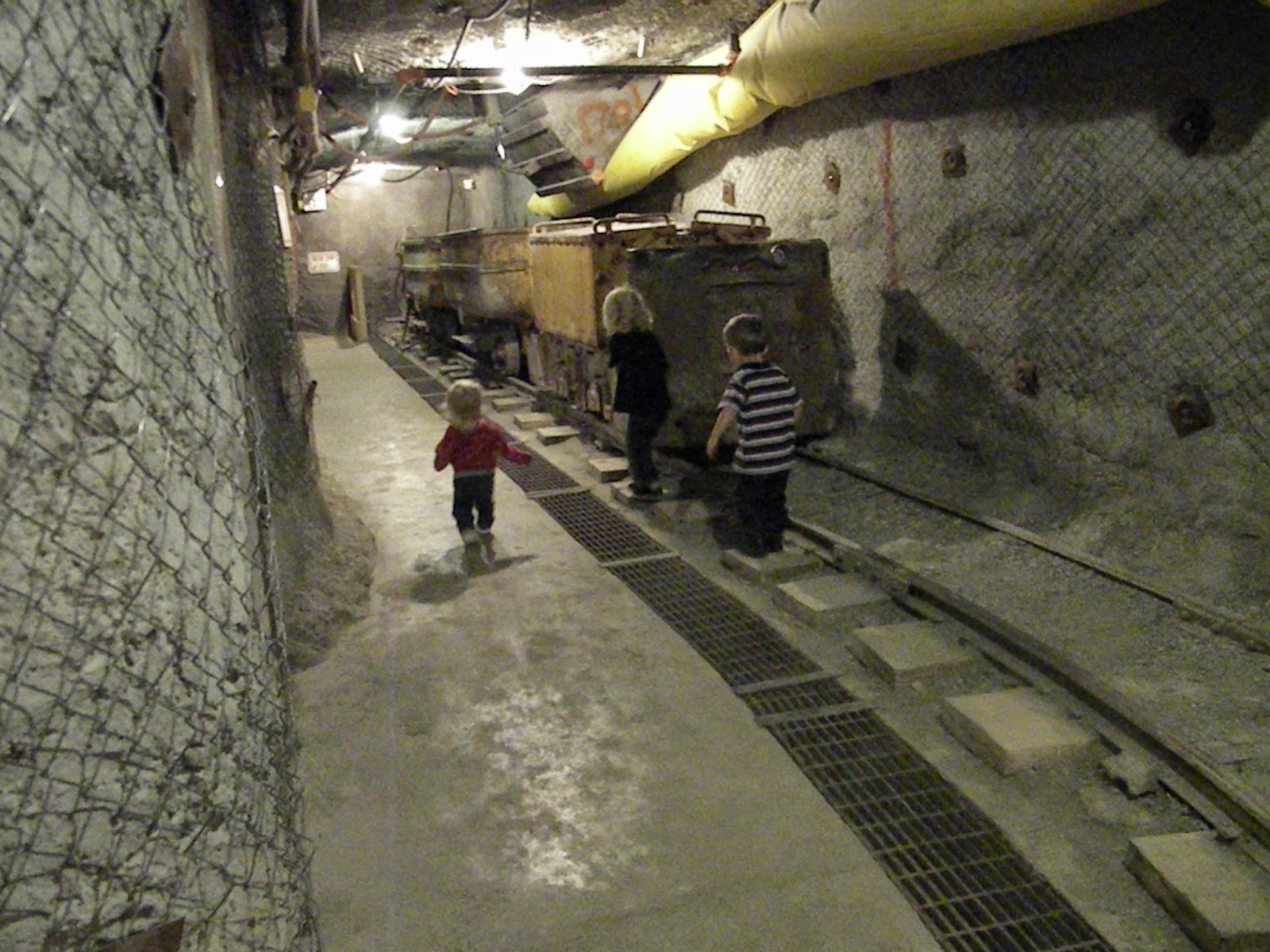 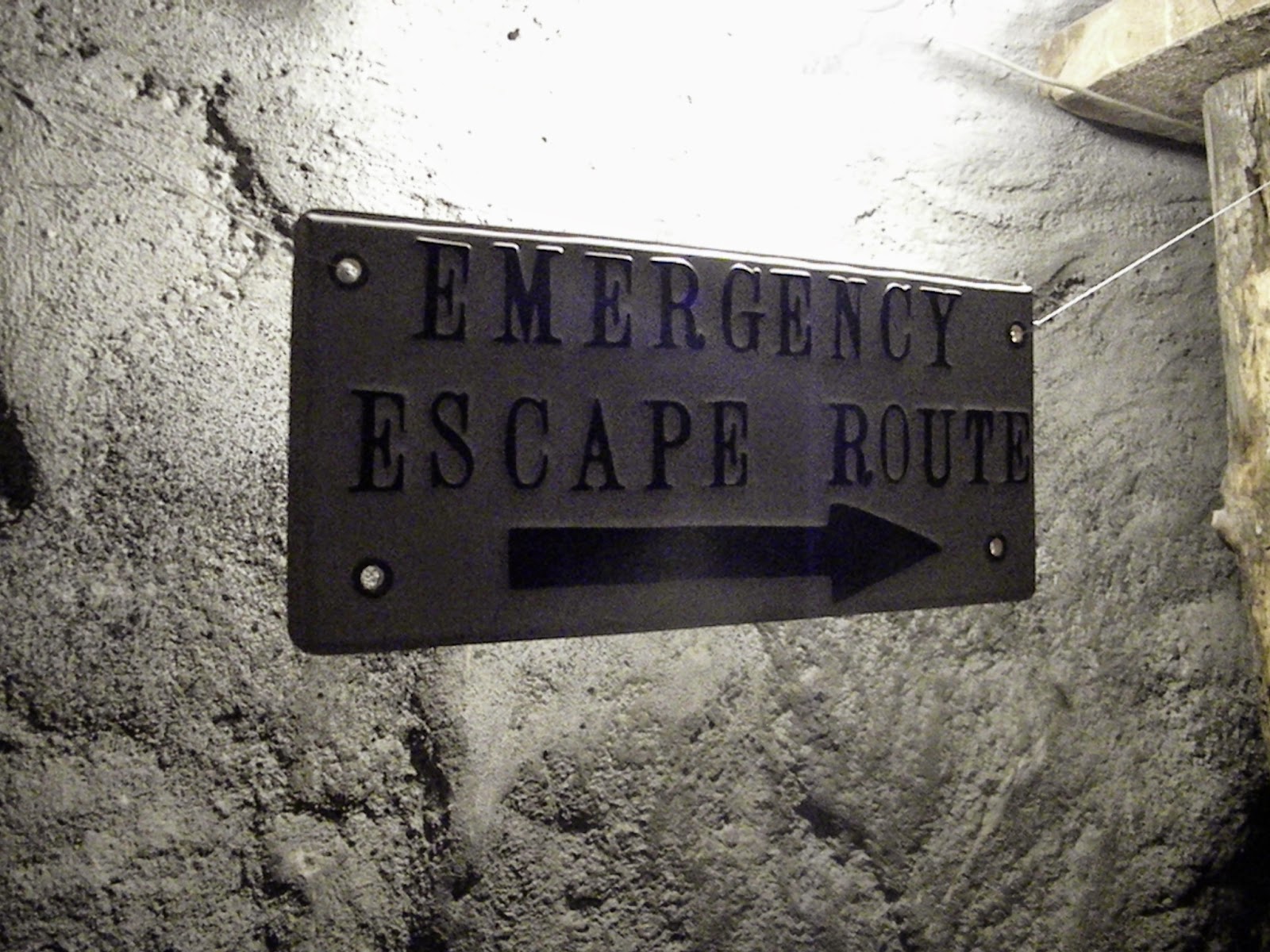 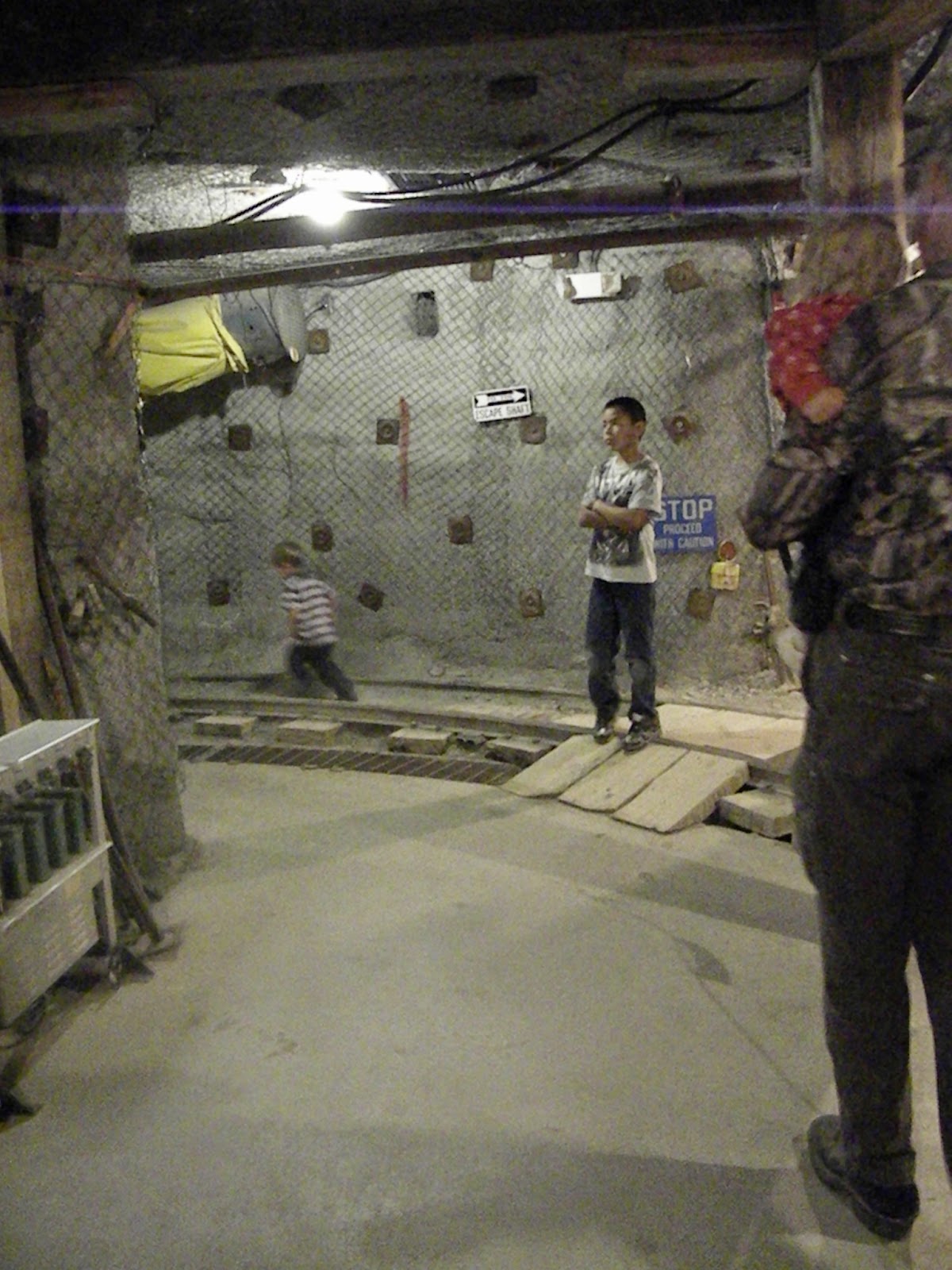 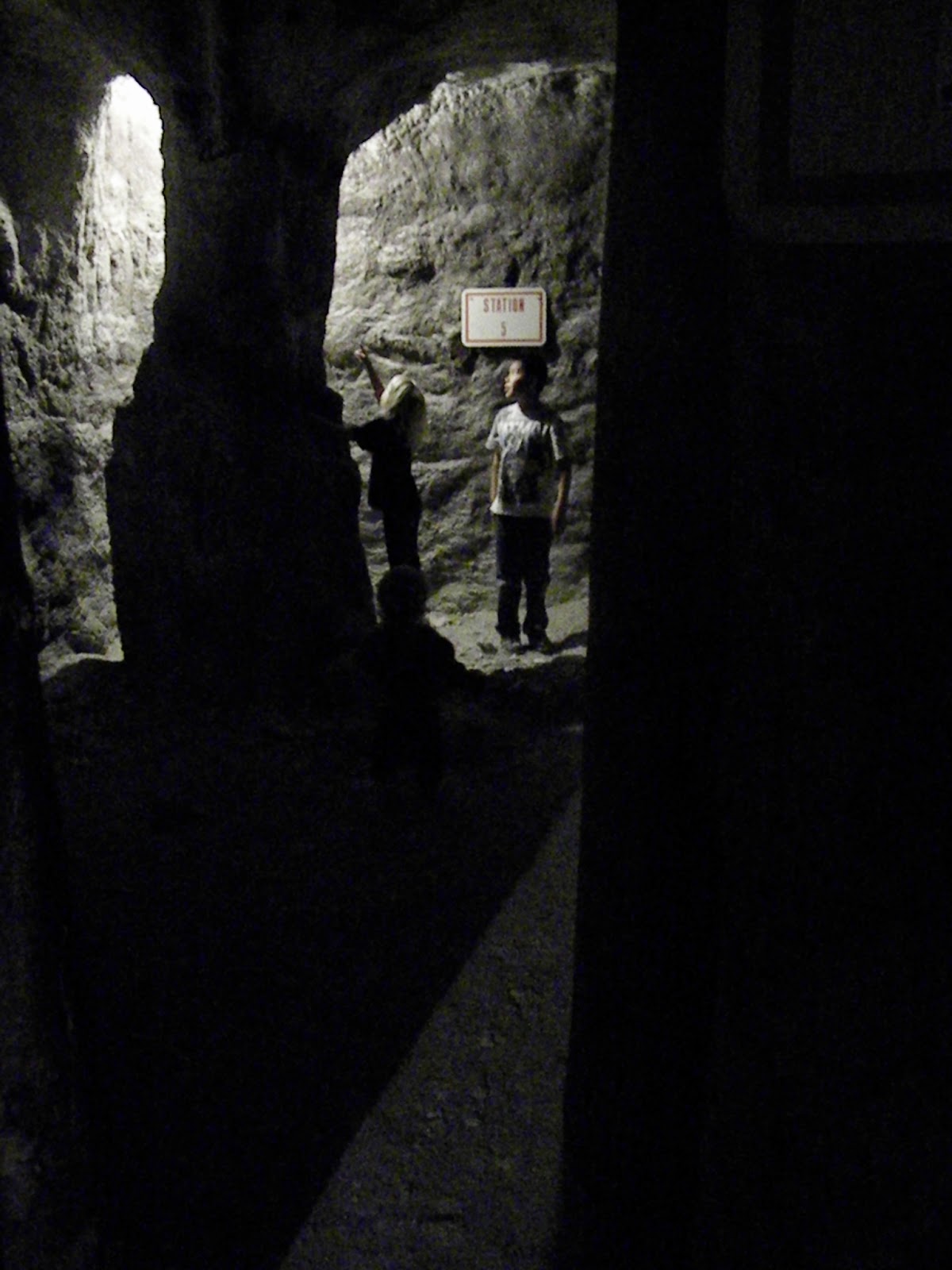 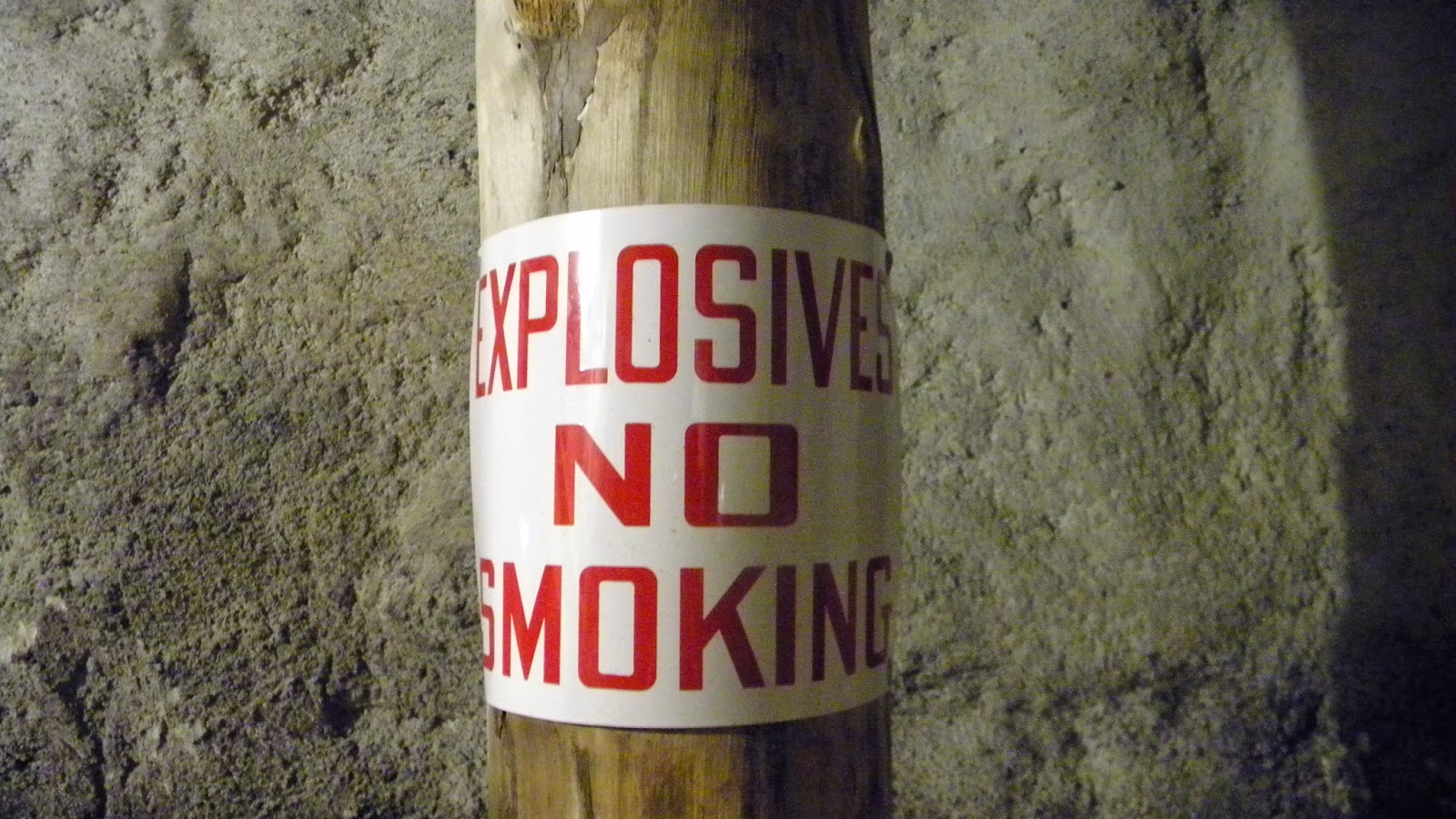 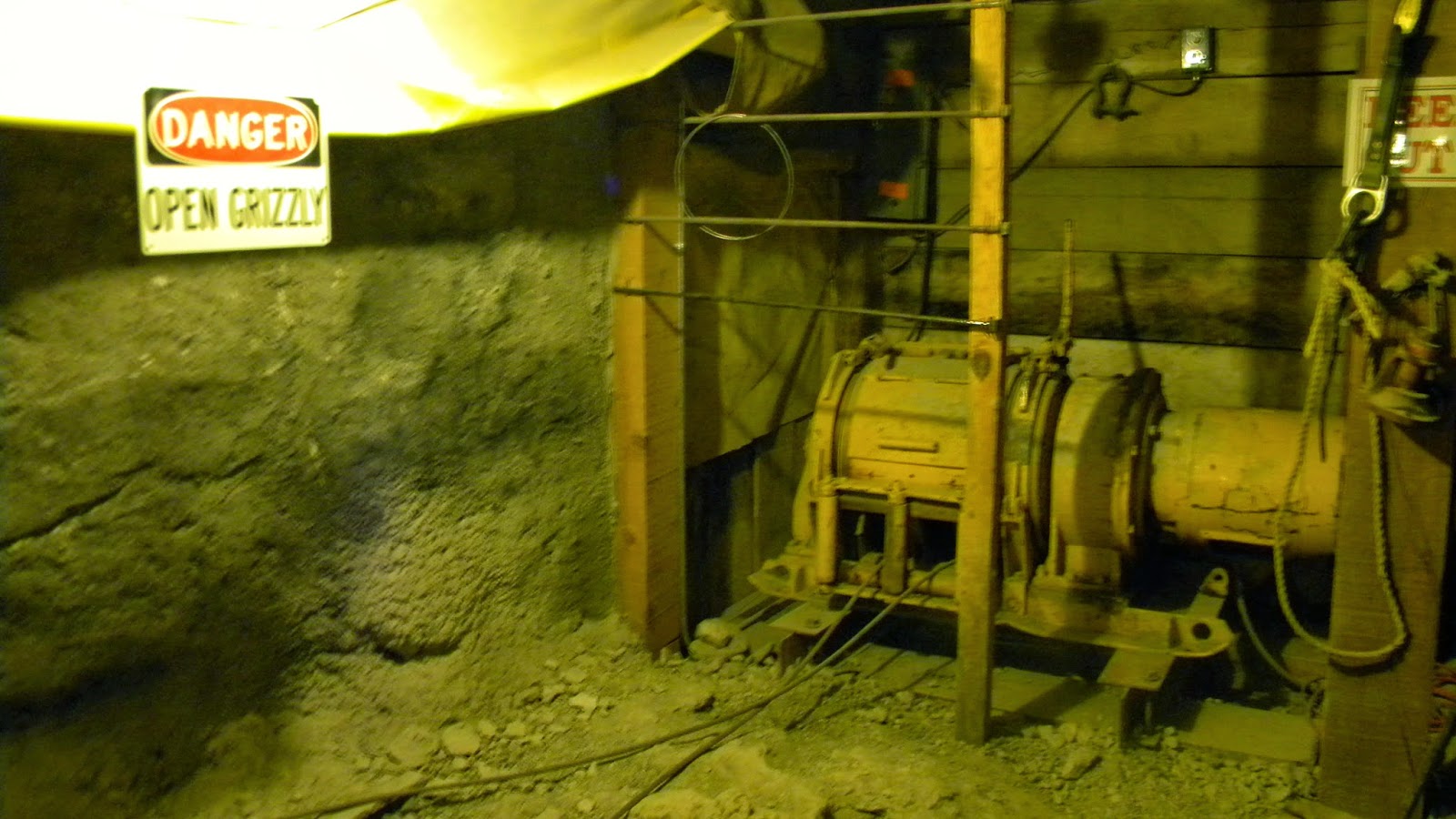 On the way into town, we passed a dilapidated home that used to belong to an old local character from Daddy's LE days...and here he was, in the Mining Museum's display! 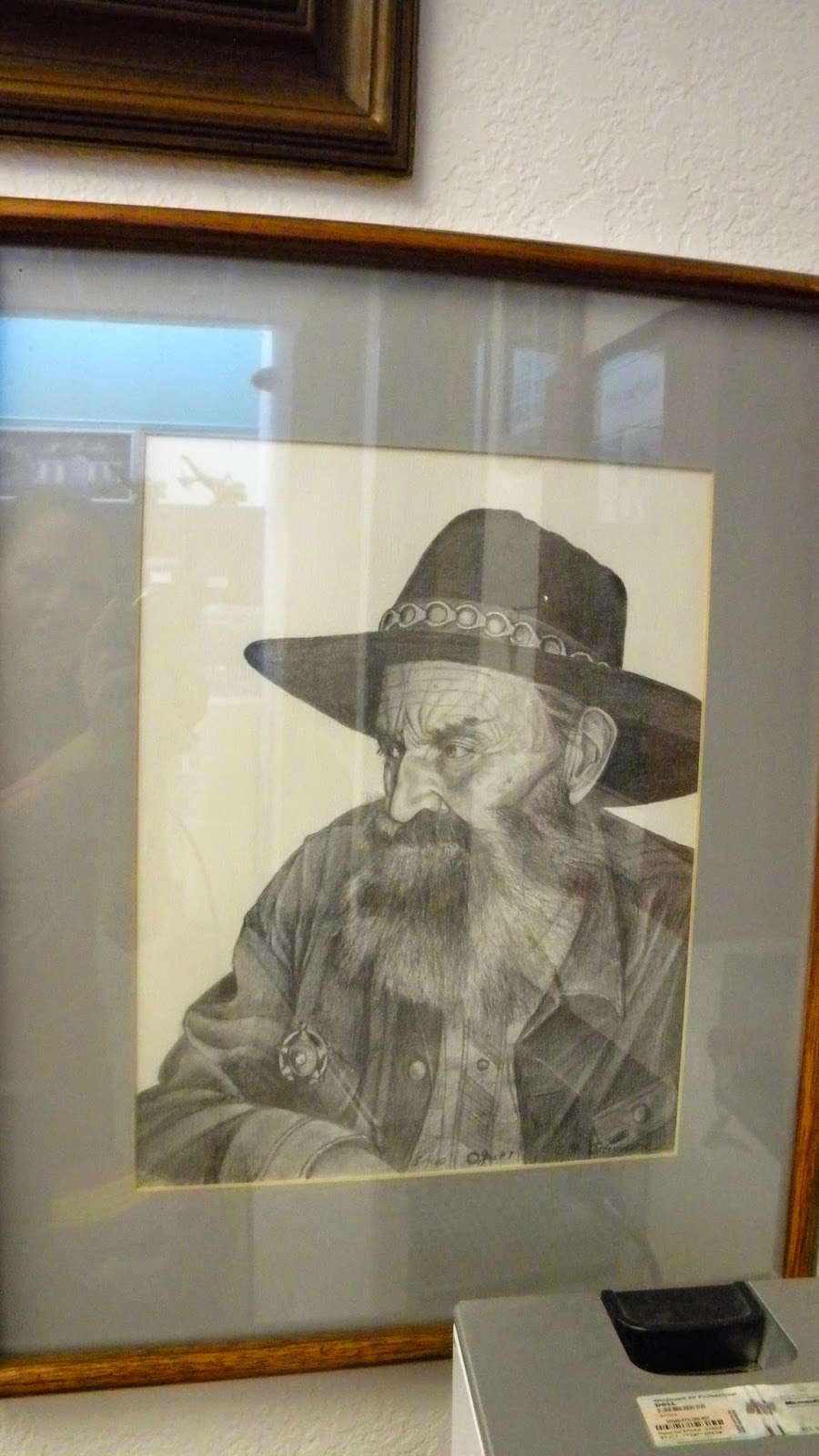 Then, a drive around parts of Grants: 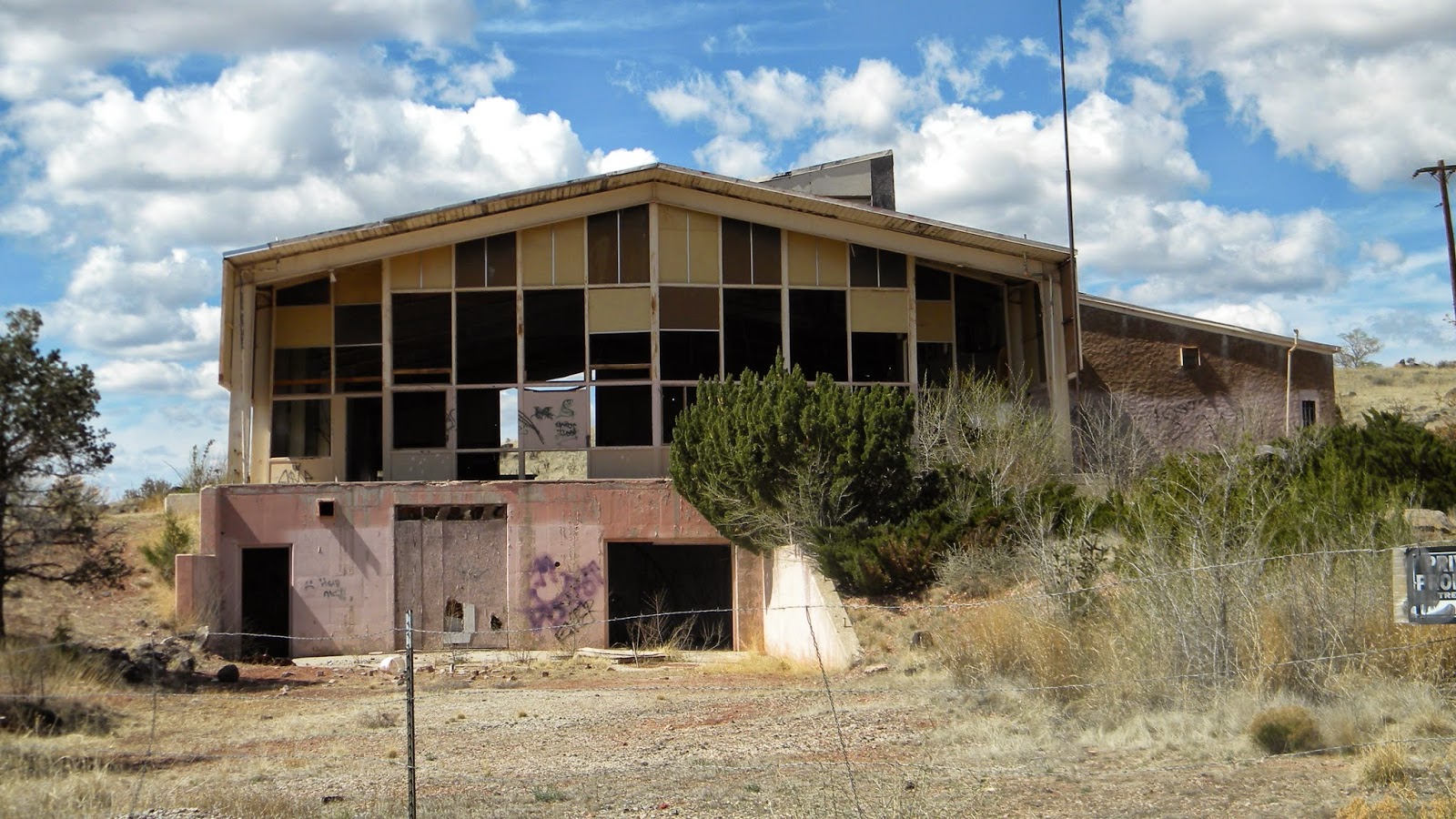 This building is set to be the city's new library: 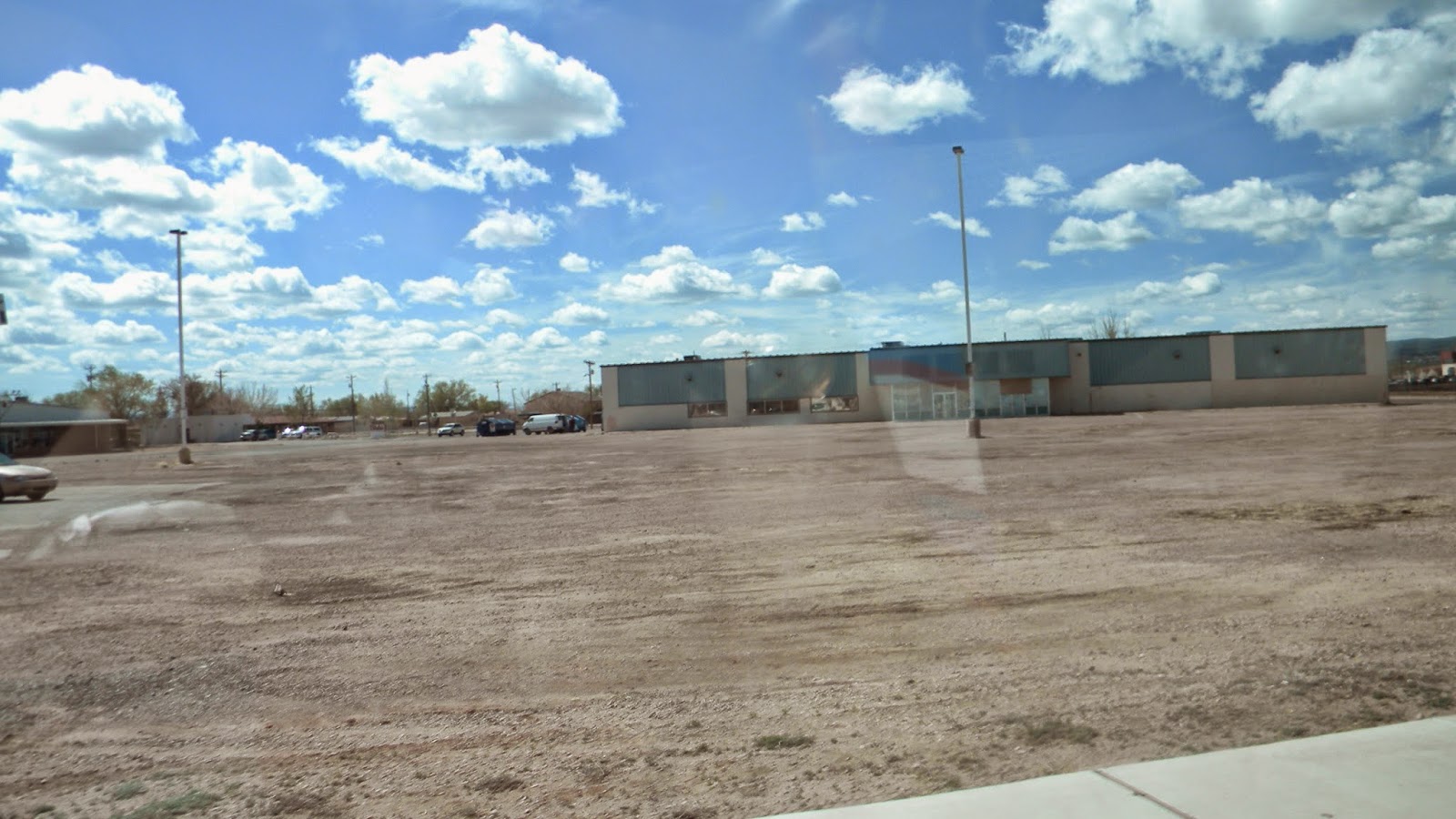 Gosh, wouldn't it be nice if we were given an old store to turn into a new library? Oh, wait...

Back at Randy's, we decided to just rest and relax. The kids discovered that Randy has FOUR TV'S - and they have CABLE! We haven't had cable for five years, so it was really funny listening to them every time a commercial came on - "Can you play that cartoon again?" Randy tried to very patiently explain, every time, that it would come back on after the commercial - or that the show was over and they couldn't rewind it - but I don't think they ever quite got it.

They also never finished watching anything, because there were too many other cool things to do!

Shane and Logan aren't much for TV anyway, so they migrated to the garage/shop and driveway.

Randy had just built a ramp for a young lady in a wheelchair, so they spent the next 24 hours testing its stability and smoothing out the wood - with their butts! 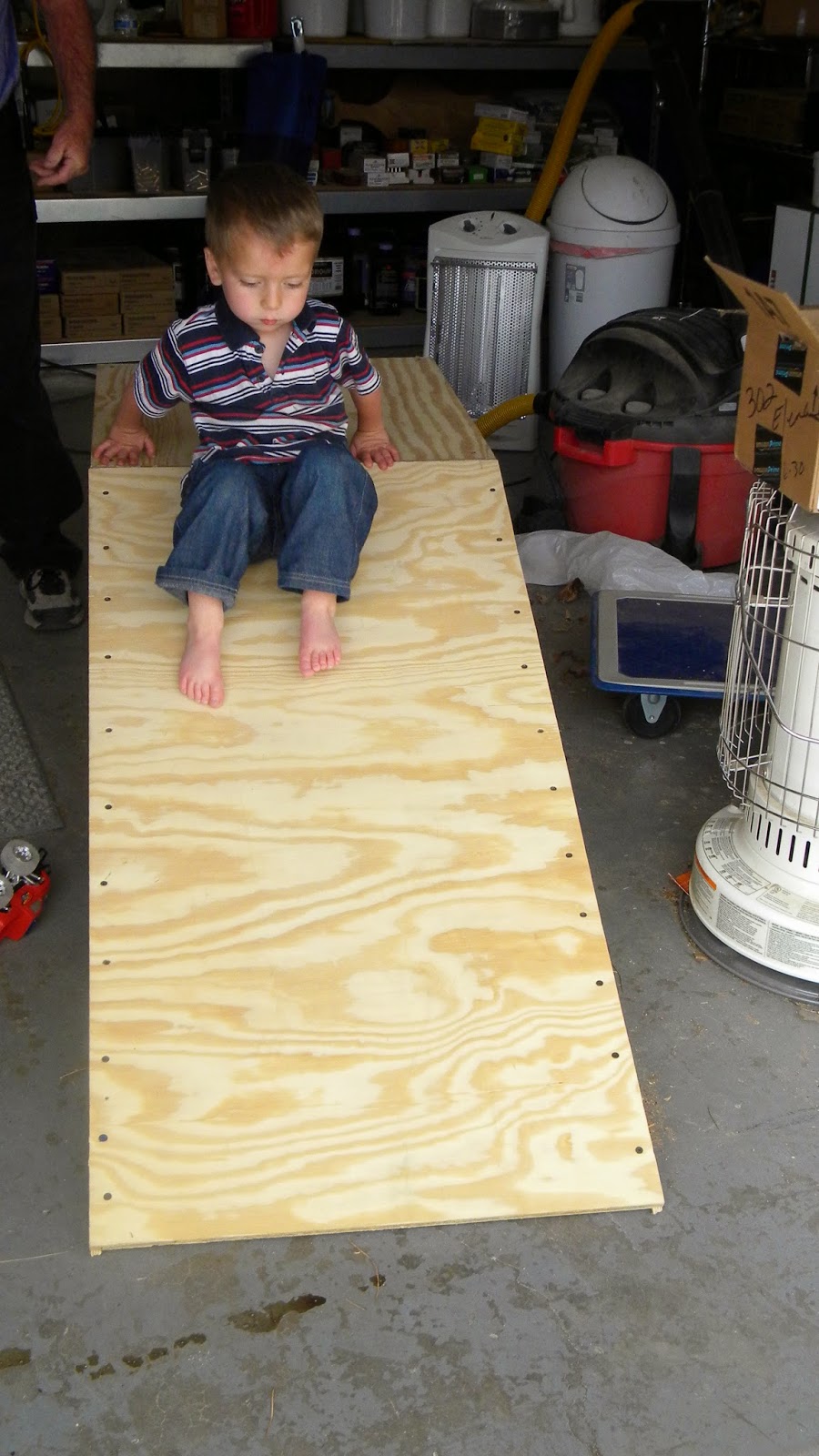 Then he pulled out this cool toy that is obviously meant for rolling your brother around at top speed: 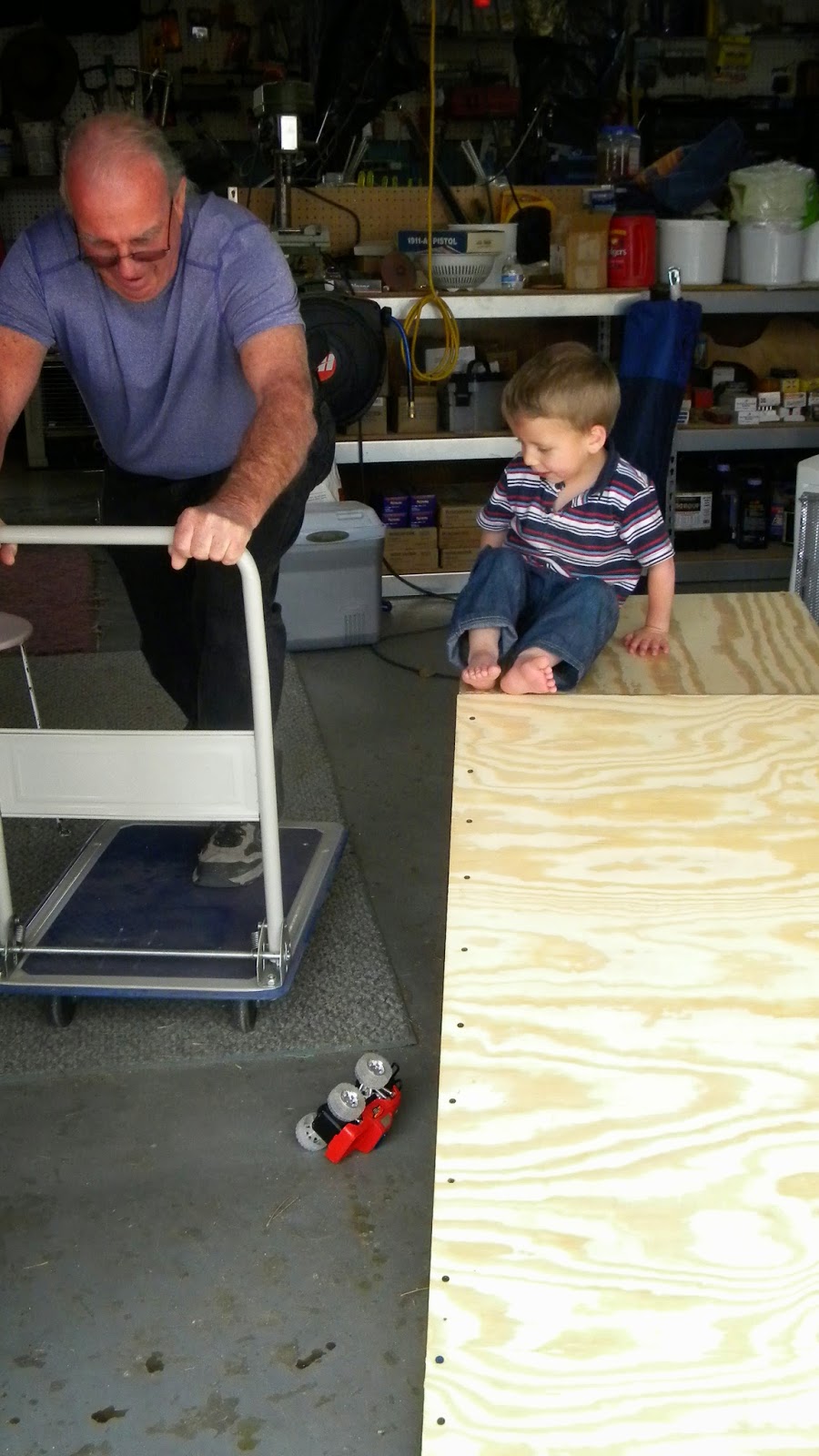 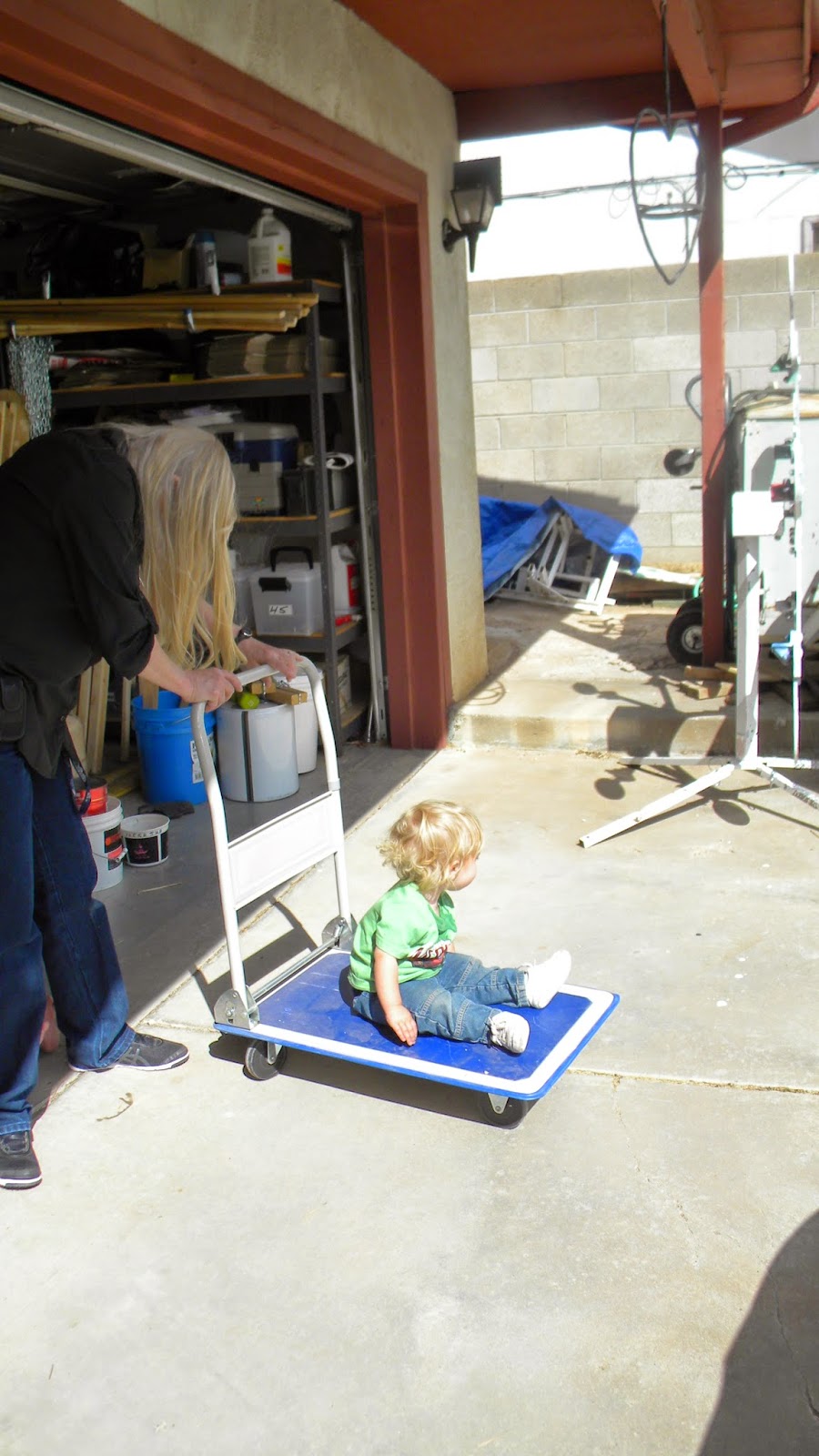 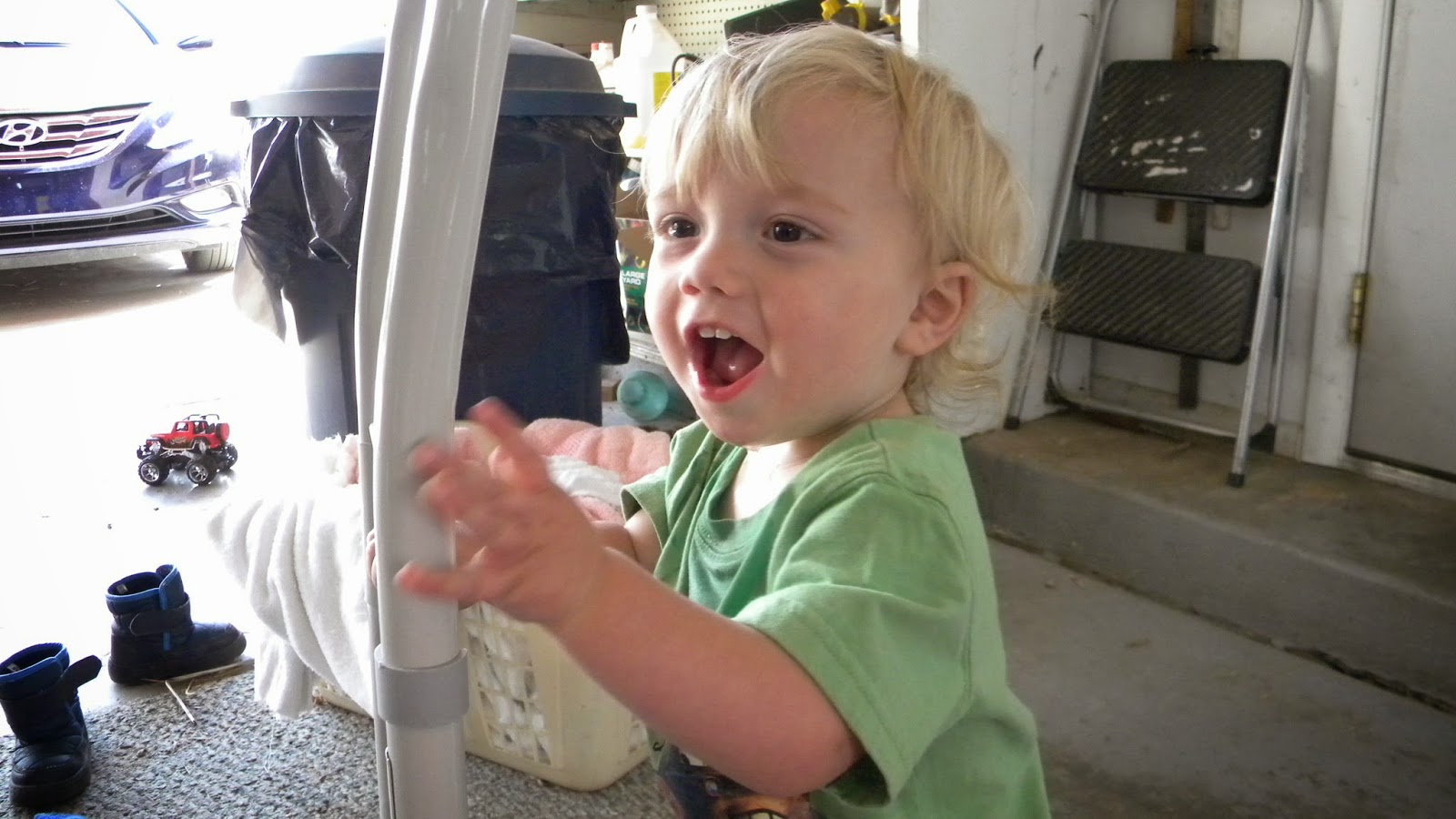 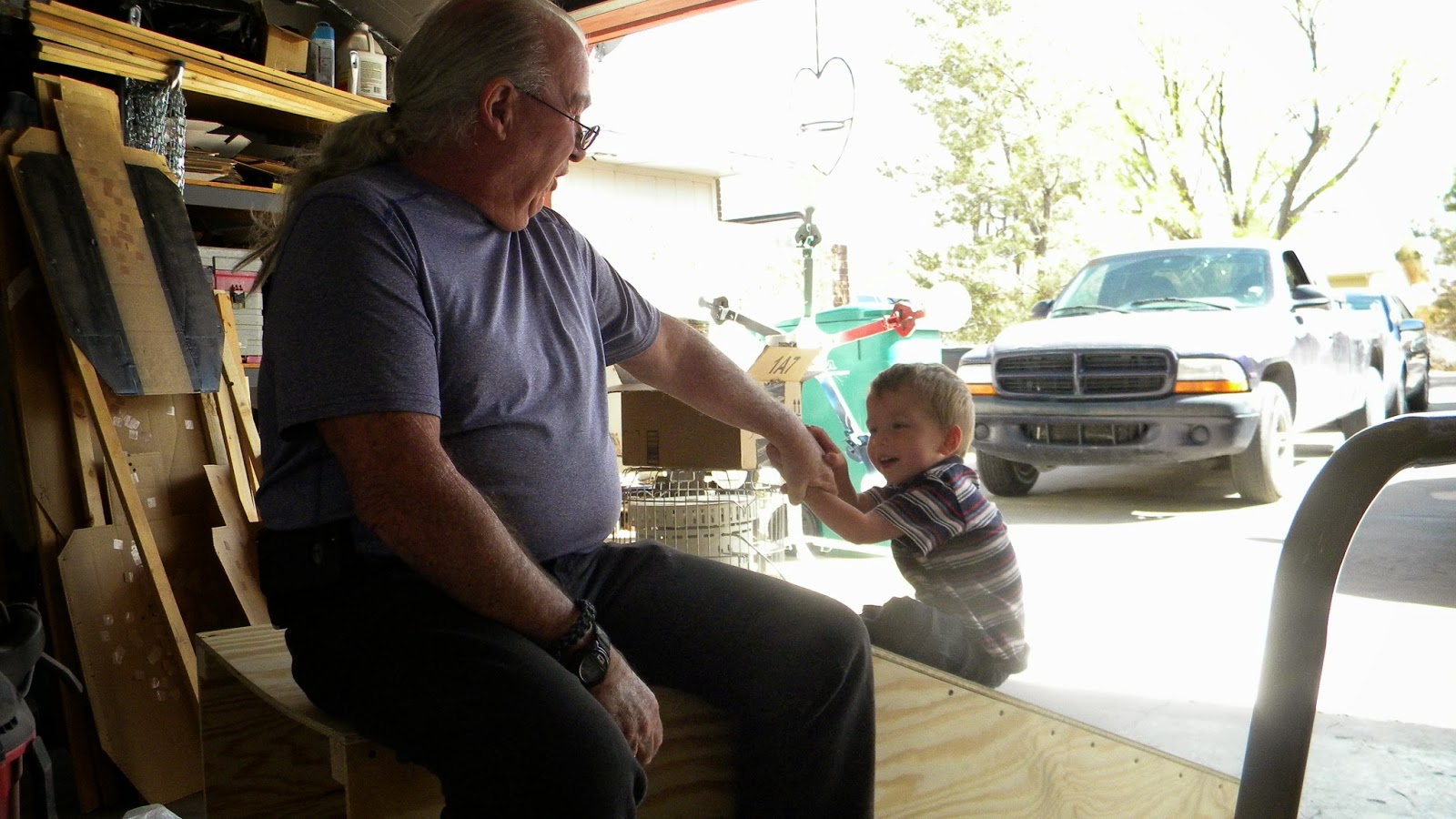 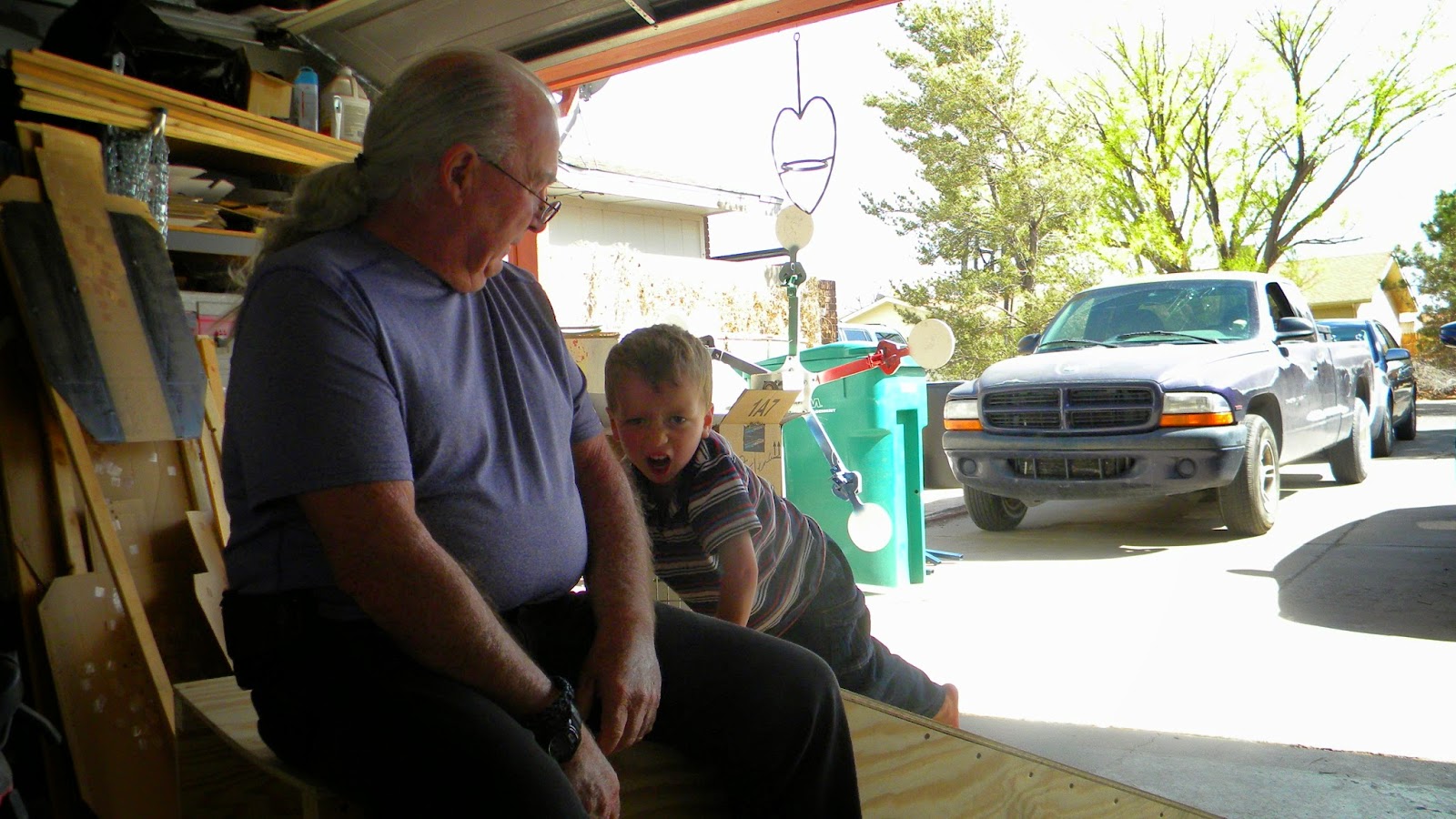 While Randy fixed a yummy dinner later, I took Shane for a walk up the block. He found a piece of yellow chalk somewhere, and every few steps he would stop and make a mark on the sidewalk. I guess even straight lines in the city can be confusing, when you're a mountain boy, and he wanted to make sure we could find our way home! On the way back, he would walk quietly next to me in between driveways, then get an evil glint in his eyes and run up the driveways, shrieking like a maniac. It would seem this (running away from me, shrieking) is becoming a 'thing' with him.

Animals We Saw
One of Randy's other cats, Lily. We never saw the fourth, Sam.
About a dozen buzzards in someone's tree.