Jones Kids on the Loose 2017 - Sevilleta

We started off Monday by visiting Sevilleta National Wildlife Refuge, a spot none of us had ever been to before. We will be back!

The Visitor's Center is very nicely done for a small, two-room area. Plenty of (taxidermied?) animals in attractive displays - make sure you look both up and down, as in the wild! You could listen to the calls of different animals, watch a very well-done video on the area, and scroll through pictures taken by their game cameras, next to a map showing where the cameras are located.

There are two hiking trails, one just over a mile and one just under four miles. We did part of the 4-mile hike - if we weren't worried about eventually having to carry the littler ones, we could have easily done the whole thing, though. Next year!

Sheridan was my self-appointed stenographer this year, taking notes of all the animals we saw on her pink clipboard. 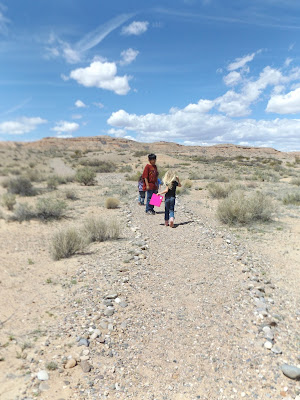 The kids quickly decided that this is where whomping willows are grown, as we saw several baby ones. 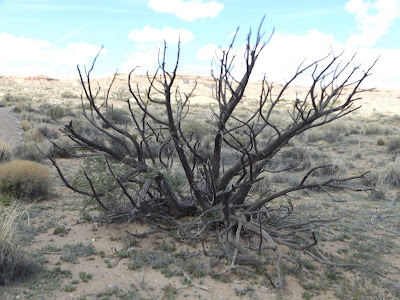 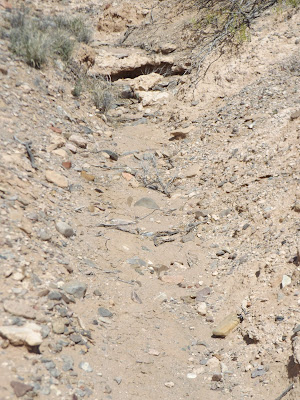 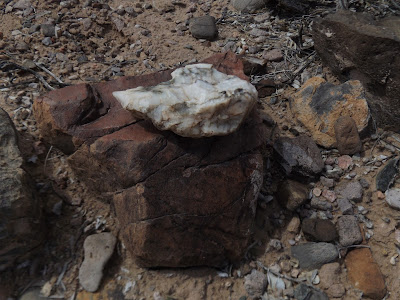 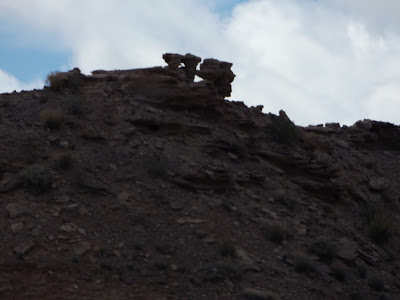 And just a few steep drop-offs. 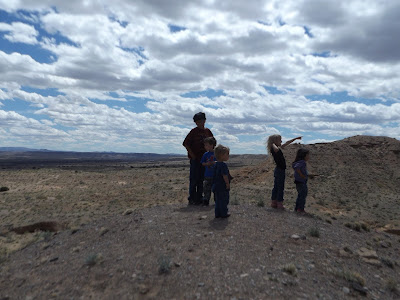 Those didn't phase the kids much, especially Logan. 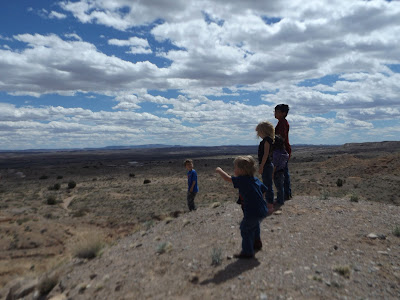 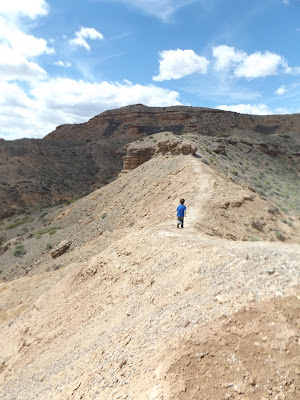 Hey, could you wait for the rest of us, Medium Guy??? 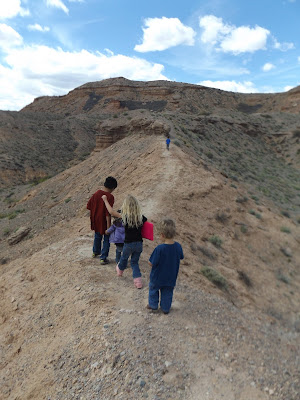 Gracie did have a little bit of a freak-out once she looked down, but Christopher immediately stepped up and helped her through. 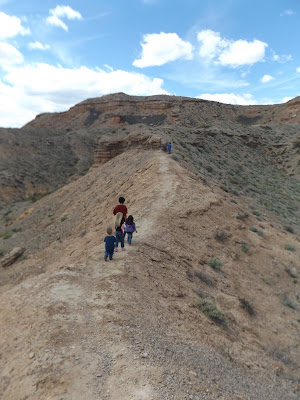 Almost at the top! You can see the buildings where we started. 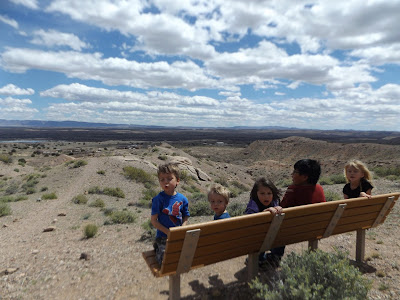 Aaaand Logan is off again. 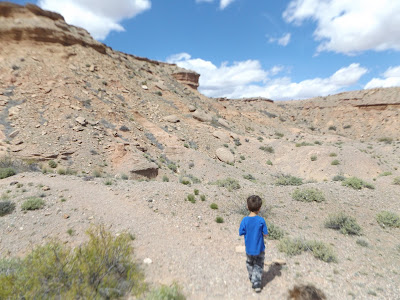 We met this guy on the way back - Sheridan's eagle eye picked him out. They immediately figured out why he is lighter than the horned toad lizards near our house (and hard to focus on!). We moved him off the path, then went back to the Visitor's Center for lunch. I had brought fruit and sandwich makings, and they have several picnic tables at the back. 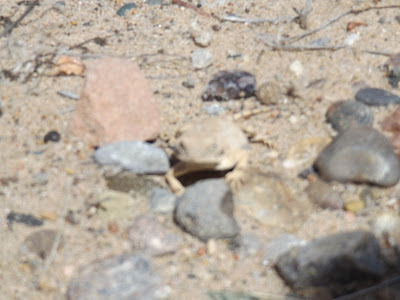 While we were sitting there, I realized Sheridan had sprouted MORE freckles on the hike! She needs to cut that out, she is already too cute! 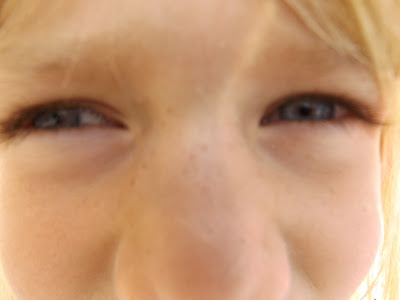 The kids were pretty tired out from the hike.

They were 'playing rattlesnake'. I think Shane was the snake.

We went back inside to buy some postcards (images from their game cameras), and a park ranger named Janine asked if we wanted to see something cool. Of course! 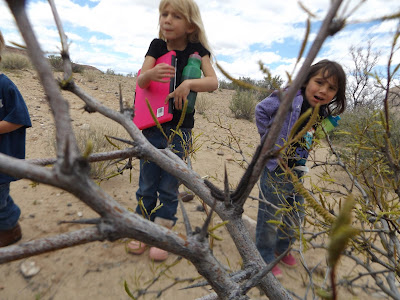 They picked a pretty safe place to grow - if I was a bird, I don't think I would chance landing there. 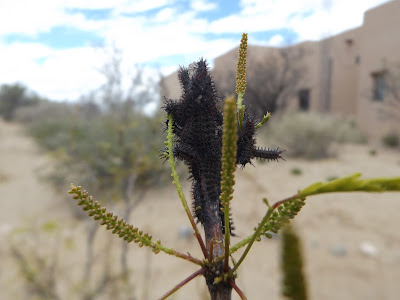 She showed us where her office is, and told us about the time she watched a rattlesnake strike a pigeon, unhinge its jaw, and eat it. The kids were fascinated. Then she went back inside and got us a stack of activity books, which came in handy later at the hotel.

The kids were finally just a little tuckered out. 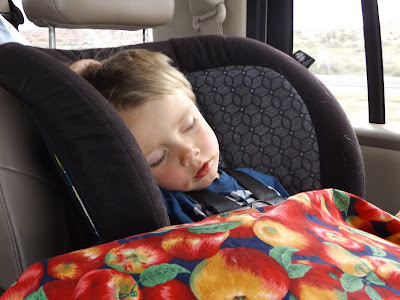 He napped all the way to Albuquerque, where we checked into our hotel. The hotel was our third choice: the one we stayed at last year was full when I called to book a couple months ago. We found another, then a few weeks ago got a call that it had been SOLD, and was about to close. Ever try to find a hotel room for seven people at the last minute? We ended up at a Days Inn and Suites, bedroom with two beds, living room with pull-out bed, and two full baths. Not a five-star hotel, but it gave us enough space to not kill each other, and it was actually cheaper than choice #2 had been. The poor mountain kids with no cable got stuck on Full House reruns until it was finally bedtime!

***Edited to add - the whole place is free, so well worth the stop, even if you're just on your way somewhere else.
Also, on the way home Wednesday we stopped at the rest area on I-25 to let the kids run around for a bit. We were reading all the signs and came across one advertising Sevilleta, with a picture of Miss Janine on it! She's famous!