My teens love over-sized games, and this one was so easy to set up!

I just did a quick search for the number of tiles for each letter and the point value, and printed them on cover stock in the largest font that would fit. 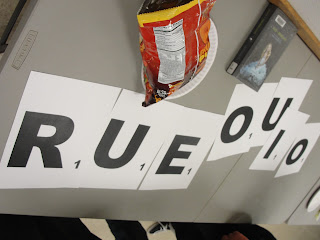 I did not have time, materials, or energy to make an actual giant game board, so we just went by straight point value of words. I had the kids split themselves into two teams, and the one that happened to have a birthday that day went first. 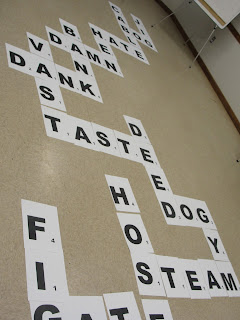 And yes, "damn" was the first word. Well, it IS in the dictionary, and can be used without actually swearing - but I told them nothing 'worse'.

Oh, they chose team names, too: 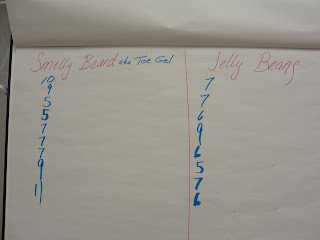 Sometimes it is best not to ask.

While most of the words were pretty short and common, they came up with a few they were rather proud of: 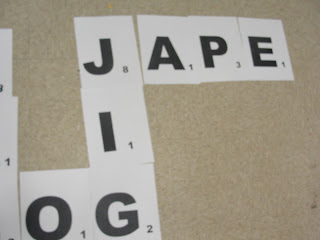 "It's in SHAKESPEARE!" one exasperated teen told her teammates. 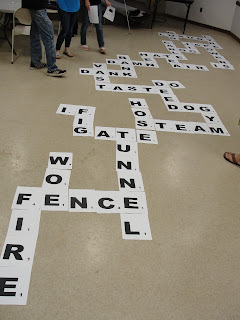 We took a break after the first half hour to get more snacks, and wrapped up just a few minutes after the hour, so it timed perfectly. We'll definitely be trying this one again! Easy to have on hand when an outdoor activity gets rained out!

Email ThisBlogThis!Share to TwitterShare to FacebookShare to Pinterest
Labels: At the Library, giant board games, Scrabble, teen cafe