Who we never see unless we run into them for three seconds at the post office.

To help remedy that, the Fire Department decided to host a community pot luck. We provided the meat, and invited people to bring sides or desserts (or just themselves!) It's hard to get the word out in a place like this. We put flyers up at the post office, and at the only two stores in town, let the local hairdresser know, and created an event on Facebook. 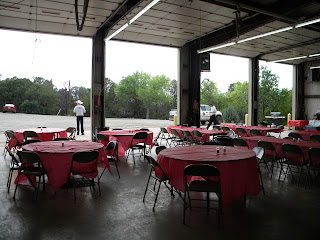 But, as the time drew near, people started trickling in... 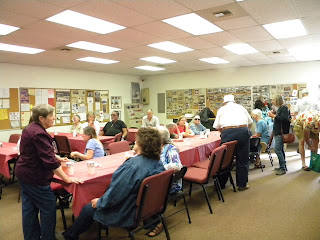 Cody (who had been there since noon) started flipping burgers... 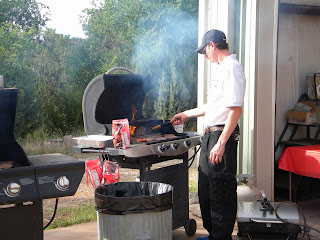 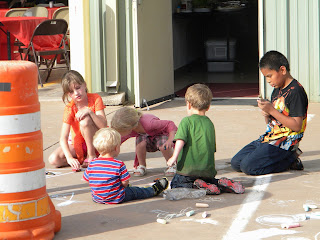 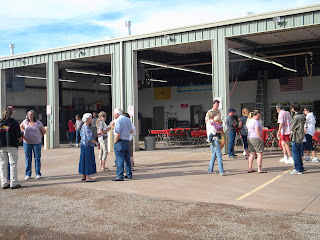 And the food started piling up! 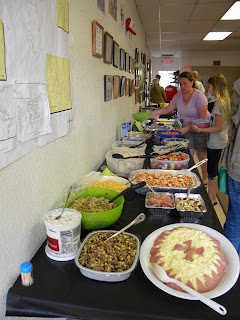 Oh my word, the food! 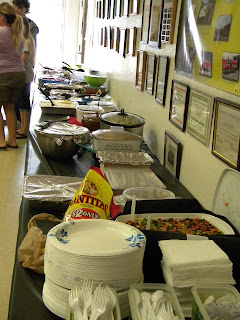 Never, ever, EVER pass up a chance to go to a mountain community pot luck. I did not eat a single thing that wasn't fantastic, and I tried my best to sample everything!


And then Mike called everyone together for 'a few words'. 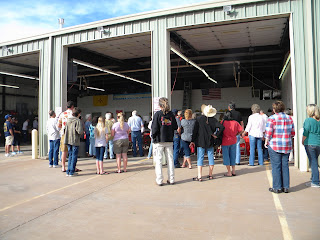 See the guy in the HRVFD shirt? Keep an eye on him. 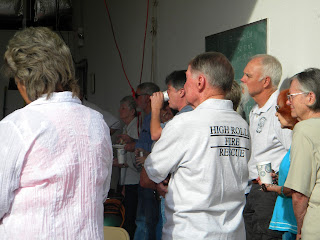 Mike talked about what a great crew we have, and all the people who helped him out when he was first starting out at the FD. 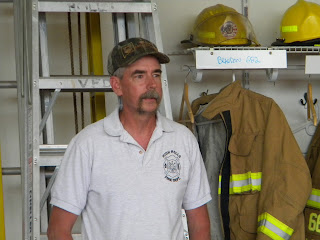 And then he called one of those people to the front - Emmett Savage. 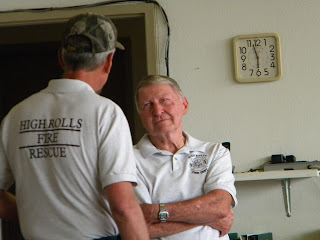 Emmett gives Mike this look a lot. It keeps him in check.
Mike told the crowd that Emmett has put 39 years into this fire department, serving this community in every position the department has (except female fire fighter, he was quick to point out). 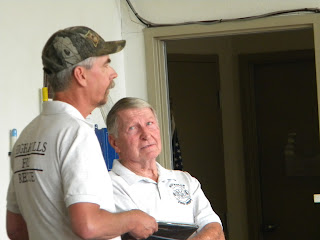 So, what's your point, Mike?

Well, the point is, we want you to know how much you are appreciated, Emmett, so if you'll take a good look at this plaque... 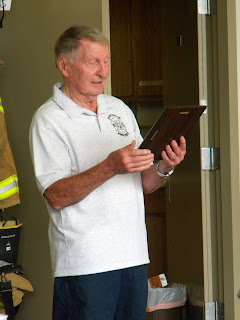 ...you'll see that you are now standing in the bay of the Emmett Savage Fire Station.

Oh, and by the way, your kids (one of whom lives way out of town) would like to congratulate you.


(He literally jumped back when he saw them! Please somebody tell me they got that on tape!) 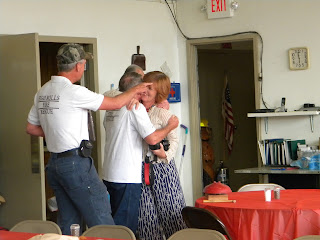 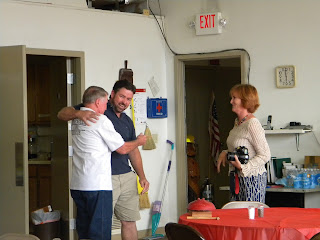 I think the surprise was a success. And Mr. E can never say that we can't keep a secret. 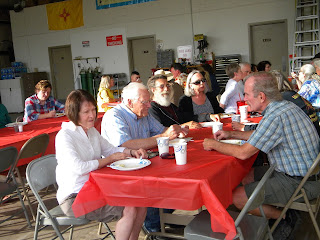 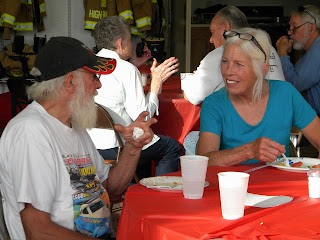 Ooh, did I mention desserts? 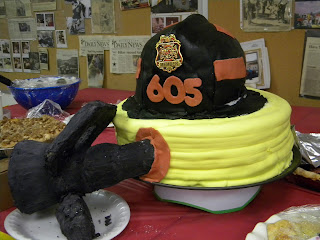 This fabulous cake was made by Rene (the humidity was not helping things stay together, but I think it looked fabulous!) 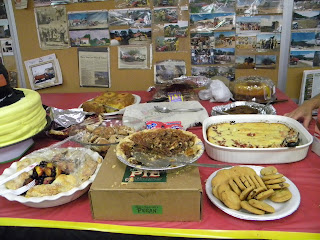 More visiting! Tommy and Leon, there, were part of the department from early on, also. 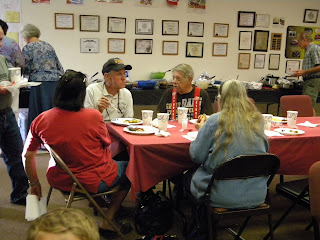 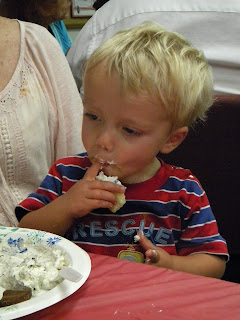 but he perked up for the desserts. 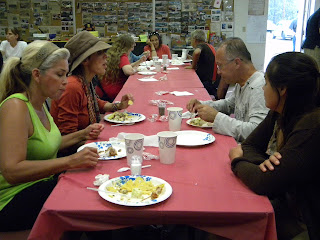 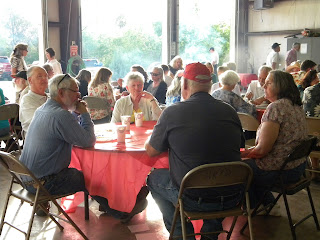 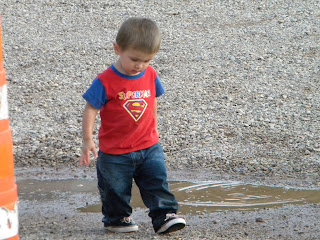 It took some time to convince Emmett that the pot luck came about because of the renaming, and not the other way around - I'm still not sure he believes us - but we do want to repeat the pot luck part! Chili cook-off in the fall, maybe? We'll be having a station work day on July 11, and an auxiliary meeting the next afternoon, so anybody interested in lending a hand is very much invited!

In the meantime, huge thanks to everyone who cleaned the station and trucks, went shopping, cooked,  set up, got the word out, and stayed to clean up. A special thank-you to the High Rolls Lions Club for the loan of the tables and chairs, and to The Spaghetti Western for donating a gift card to Sally, Emmett's wife, in appreciation for 39 years of missed meals and interrupted sleep!