A busy weekend! You know it's going to be an interesting one when you show up at work, and there is a line of fire trucks outside. 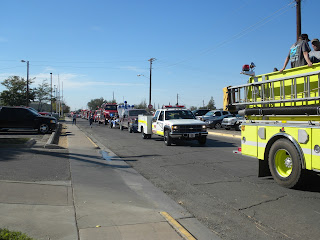 Fortunately, they were just there for a parade, marking the beginning of Fire Prevention Week. I just got my Class E driver's license (which I am not quite scattered enough to photograph and post online), so I can officially drive one of these, too. I haven't yet, but I CAN, and that's cool enough for the moment.
The big thing at the Library this weekend was our Open House, kicking off One City One Book and showcasing our new automated catalog. We also revealed the winning designs for our new library cards, and had self-guided tours highlighting some of the lesser-known areas of the library. Patrons could get a card for the tour, which was stamped at each station, and they could then turn the completed card in for a raffle ticket. Raffle tickets could earn them anything from movie passes to a haircut. 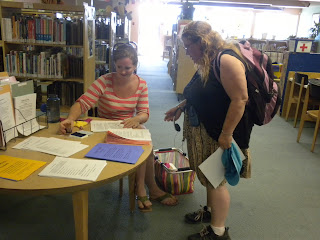 Miss Danica, one of our home schooling Mommies, was on hand to stamp cards and answer any questions about home schooling. Nobody had any, but she was there just in case!
Note the basket of yarn on the floor. In between talking with patrons, she was making hats like this:

Isn't that just the cutest thing ever? And isn't the hat adorable, too? Mr. L's first modeling gig, and this turned out to be the first hat sold! She has a shop on Etsy, but I can't for the life of me find the link, so try here for her Facebook page.
We also had a craft going for the kids... 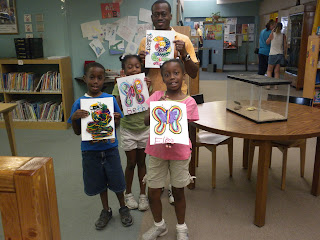 or for the adults! (Which brings up a point I've tried to make several times - don't you think adults should have a craft time, too? We'd be so much more relaxed and focused! At the very least, we could point to something we had accomplished - "Okay, so I lost a major account, but check out my papier mache!")
And since the book for One City One Book is Tularosa, by Michael McGarrity, we had Mr. McGarrity himself on hand to lead a panel discussion about the history of the area, and to read an excerpt from his newest book. I missed that, because I had too many people needing help in the Children's Room - darn patrons! I understand he arrived in a limo, which seemed a strange choice to me - I would have found him a horse, myself.
In other weekend news, we have started working through the more-than-100-pounds of apples we picked last week. These included: 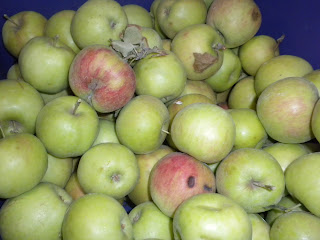 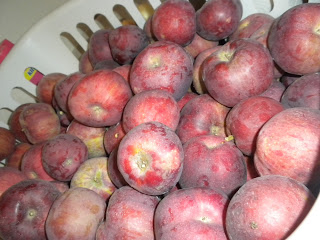 MacIntosh (a little dusty here, but they shine up ruby red) 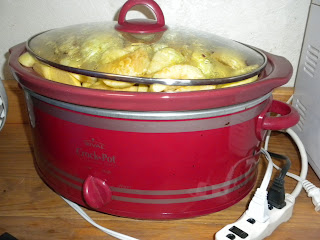 and Red Delicious. These are on their way to becoming 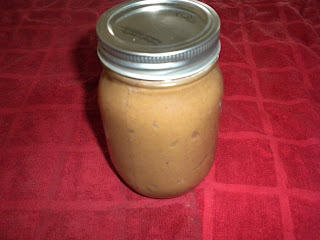 apple butter, while some of their predecessors are already 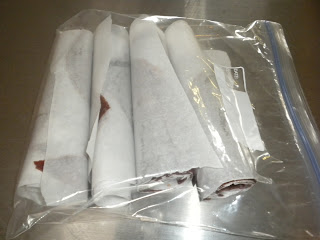 fruit leather. And apple cider. And dried apple slices. The Johnagolds are shortly to become apple pies - one for our new neighbors (a rare event, when there are only three other houses on your street) and breakfast muffins.
Of course, we are also looking forward to Fire Prevention Week 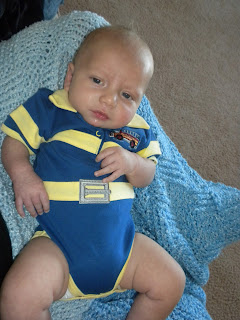 during which Daddy and I get to visit C's school and set things on fire. Or something like that. Fortunately, the long lost bunker gear has finally arrived, so I won't have to borrow L's outfit. 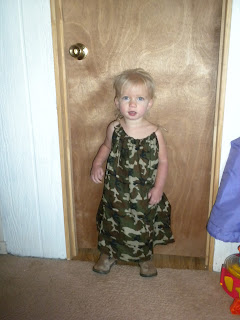 This morning of course we went to church. And I told S. to go pick out a dress to wear. Enough said (and yes, of course I let her wear it to church!) 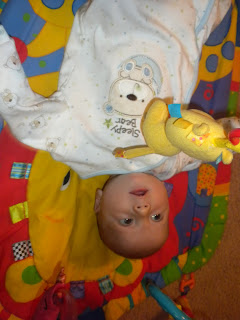 We also stood on our heads a lot. Actually, this was just the computer being stupid (it's right-side-up on my camera), but it felt like this sometimes.
And last but not least, we answered the age-old question: "Does a bear poop in the woods?"
......
......
......
Yes. But only in the road in the woods. 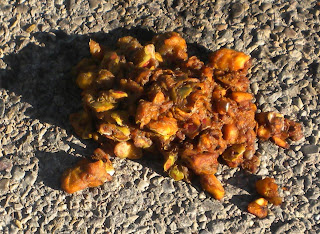 That has NOT been properly digested!
It does look rather fresh, though. I think I'll go back in the house now.
So, how was YOUR weekend?
Posted by Ami at 4:49 PM

Email ThisBlogThis!Share to TwitterShare to FacebookShare to Pinterest
Labels: At the Library, High Rolls, Home Life, In the Kitchen, parenthood