Saturday was Mud Day at the library, easily the most popular event of the summer! 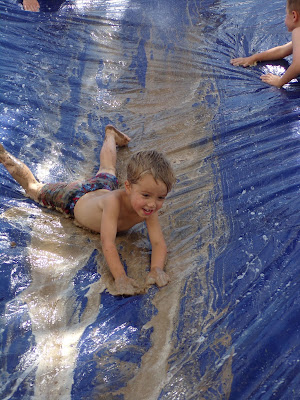 Also the messiest and most exhausting, but it's FUN!

Sunday we continued our new-old tradition of a Pre-4th of July party at our house, inviting pretty much everyone we saw (and if we missed you we are REALLY sorry - we probably each assumed the other had already invited you!) By our best reckoning, there were 112 people, three extra dogs, one unhappy deer, and 800 flies. Mike missed the first hour or so, along with half the Fire Department, because they were out on a search and rescue. At least we had plenty of food for them once they were released!

When having guests over, it's important to label the recyclables, so people know where to put things. 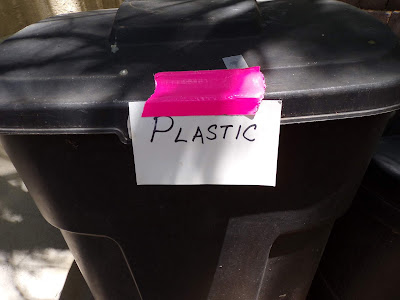 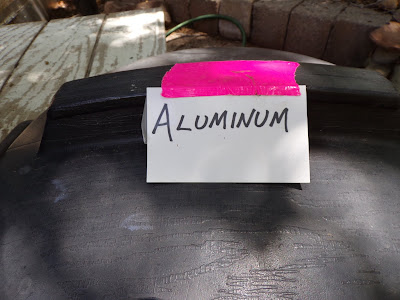 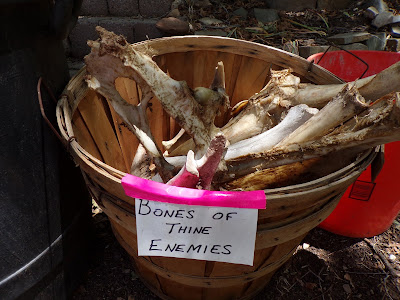 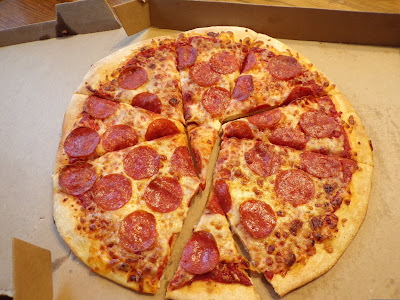 Continuing with the mess theme, we painted rocks all week at the library. Don't worry, though, we have big giant-shirts on hand so the kids stay clean. 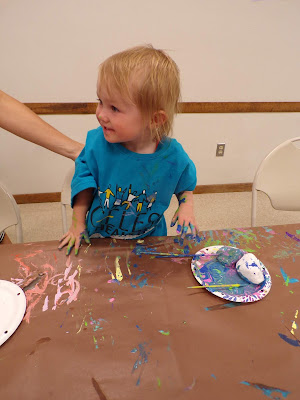 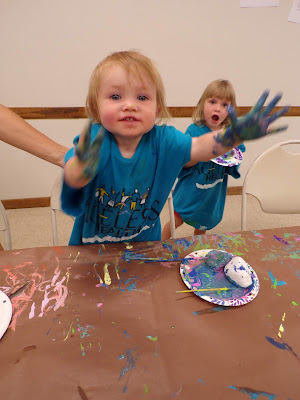 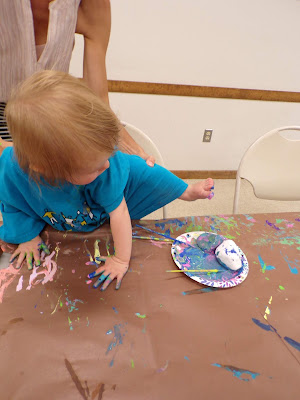 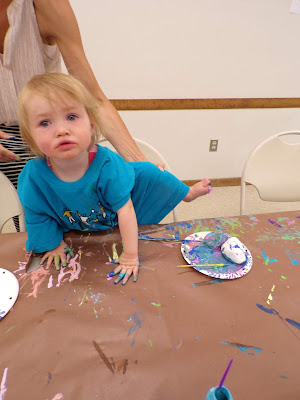 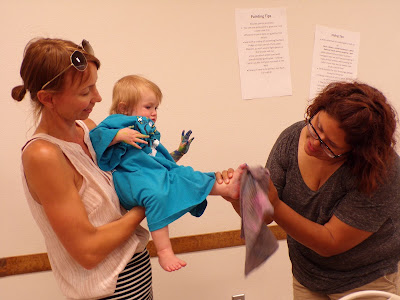 Had bags of leftover dirt from Mud Day, so I took them back to Home Depot. When asked, I told them it was the wrong color. I got a sigh and "Do you have your receipt, Ami?"

Too many people in this town already know me.

Dropped brownies off at Animal Control the day after fireworks, because I knew they would be busy.
Them: "What, no milk?"
Me: "Go milk a pregnant cat."
My kindness and understanding to not extend to my mouth. 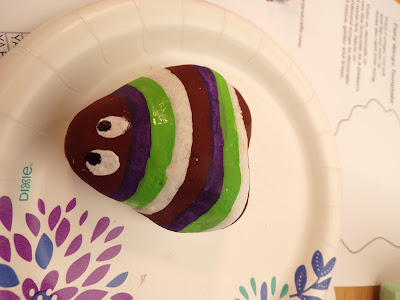 I have seen some really neat artwork! 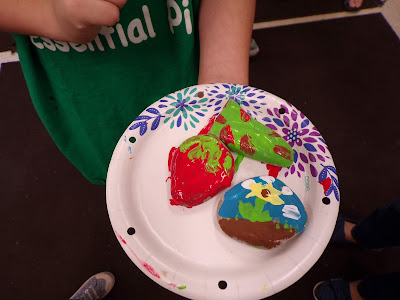 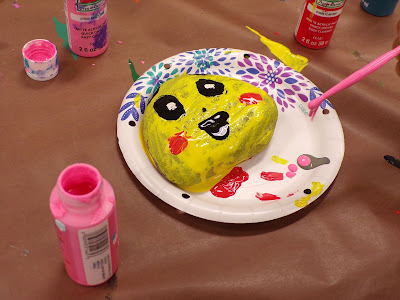 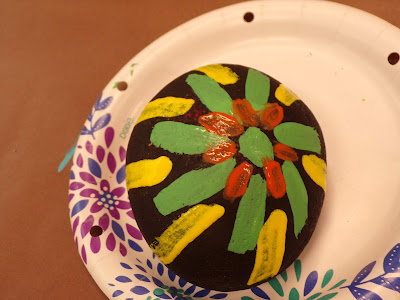 I put these signs on every table, but...you know...nobody reads in a library. Sigh. 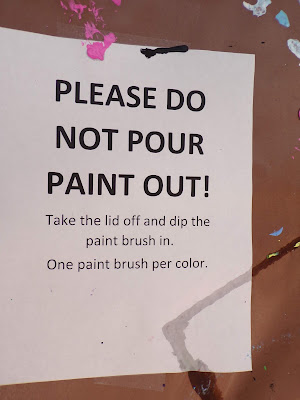 Now I have TWO WHOLE DAYS OFF, with just one short meeting planned. Whatever shall I do with myself?!

Email ThisBlogThis!Share to TwitterShare to FacebookShare to Pinterest
Labels: At the Library, Home Life, rock painting