First up today: the giant mushrooms we got in a previous basket. I had used a few, but still had a dozen or so. I looked at several different recipes for stuffed mushrooms, and cobbled together the parts I liked.
First stop: bacon! If I put bacon on cat food, people in my house would eat it. It's kind of like adding sequins to any craft project at the library - instant hit. I like to cut it up before I fry it, rather than crumbling afterward. 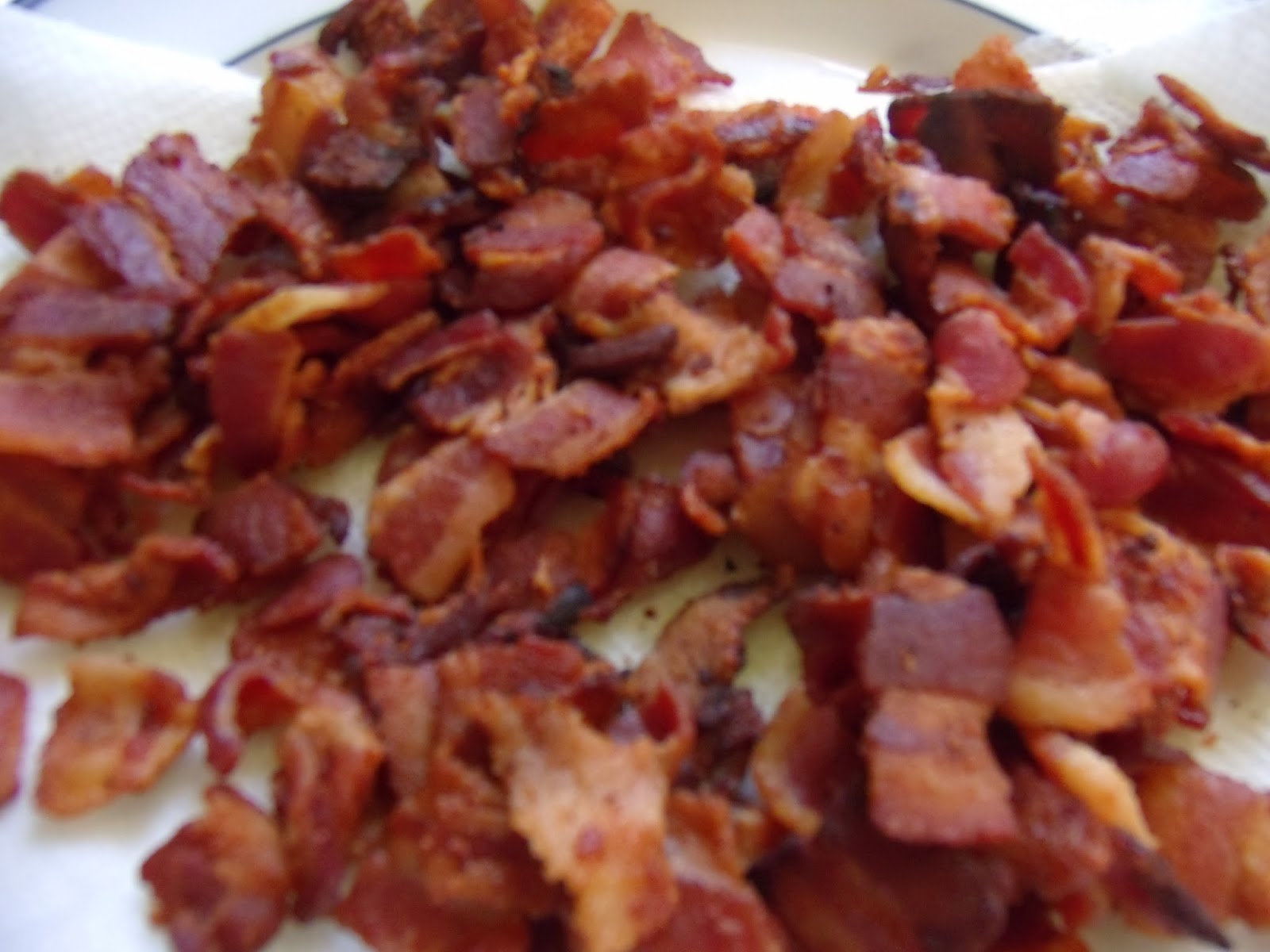 I cooked 2 pounds, but some went into turnip greens, Daddy ate some, a handful was saved for lunch, Daddy ate some, the kids had a few pieces, and Daddy ate some. So...maybe half a pound went into this.
Next I pulled the stems from the mushrooms and chopped them, then sautéed with minced garlic, and finely chopped onion. 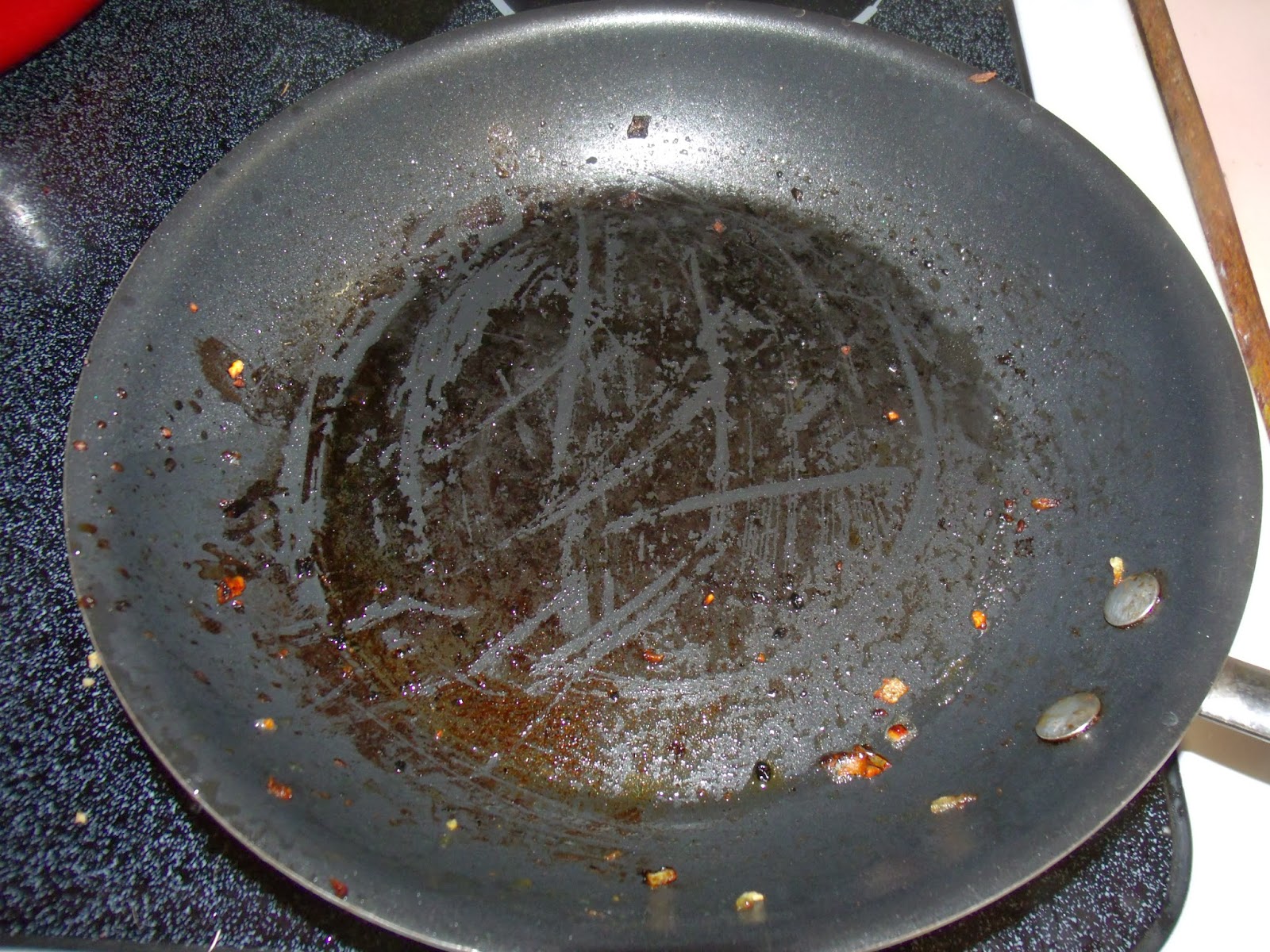 Then I forgot to take a picture until I had already tossed it all in the blender, along with the bacon.
I toasted a piece of sourdough bread and shredded it, and added a package of cream cheese and one of crumbled blue cheese. 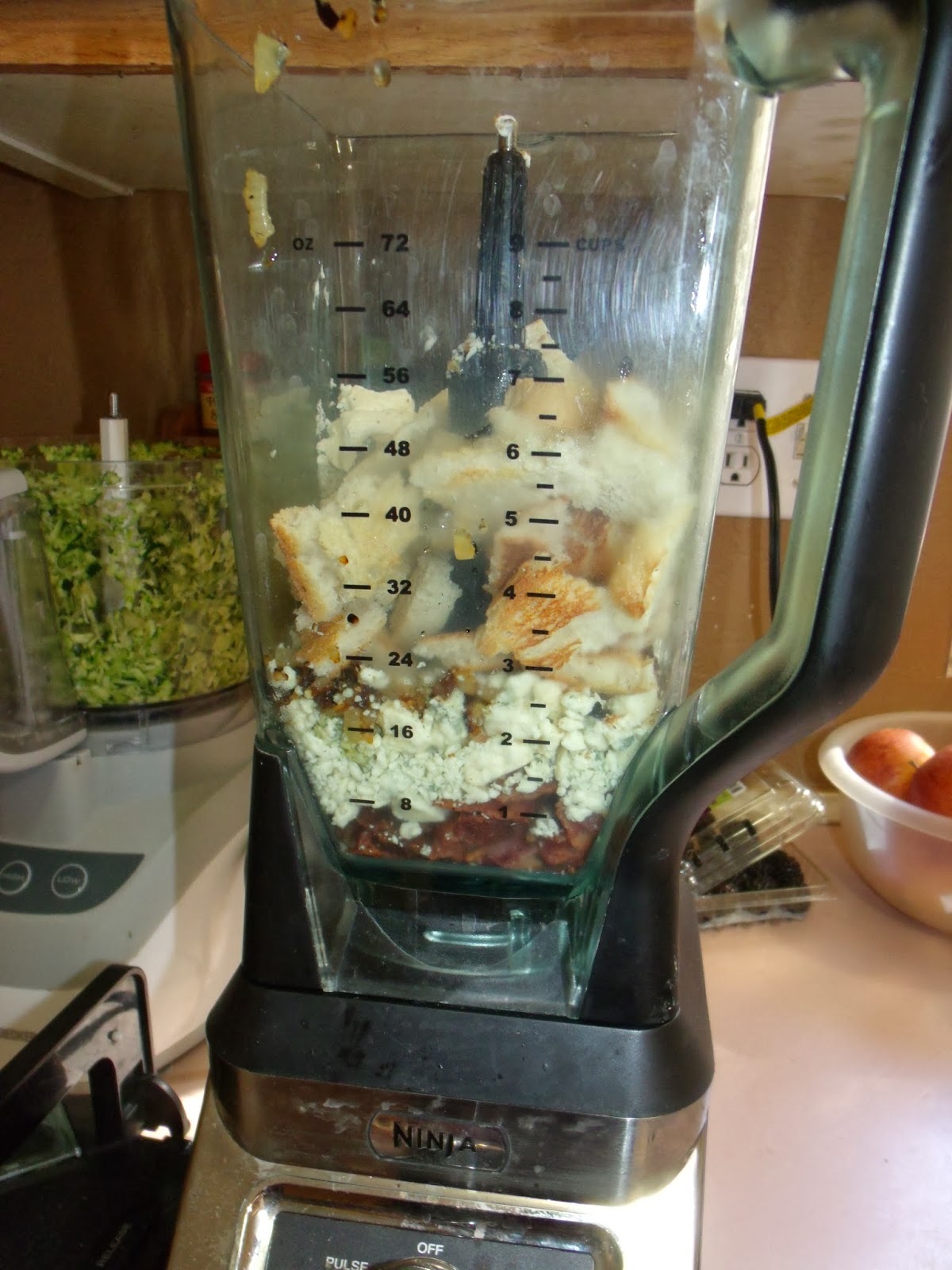 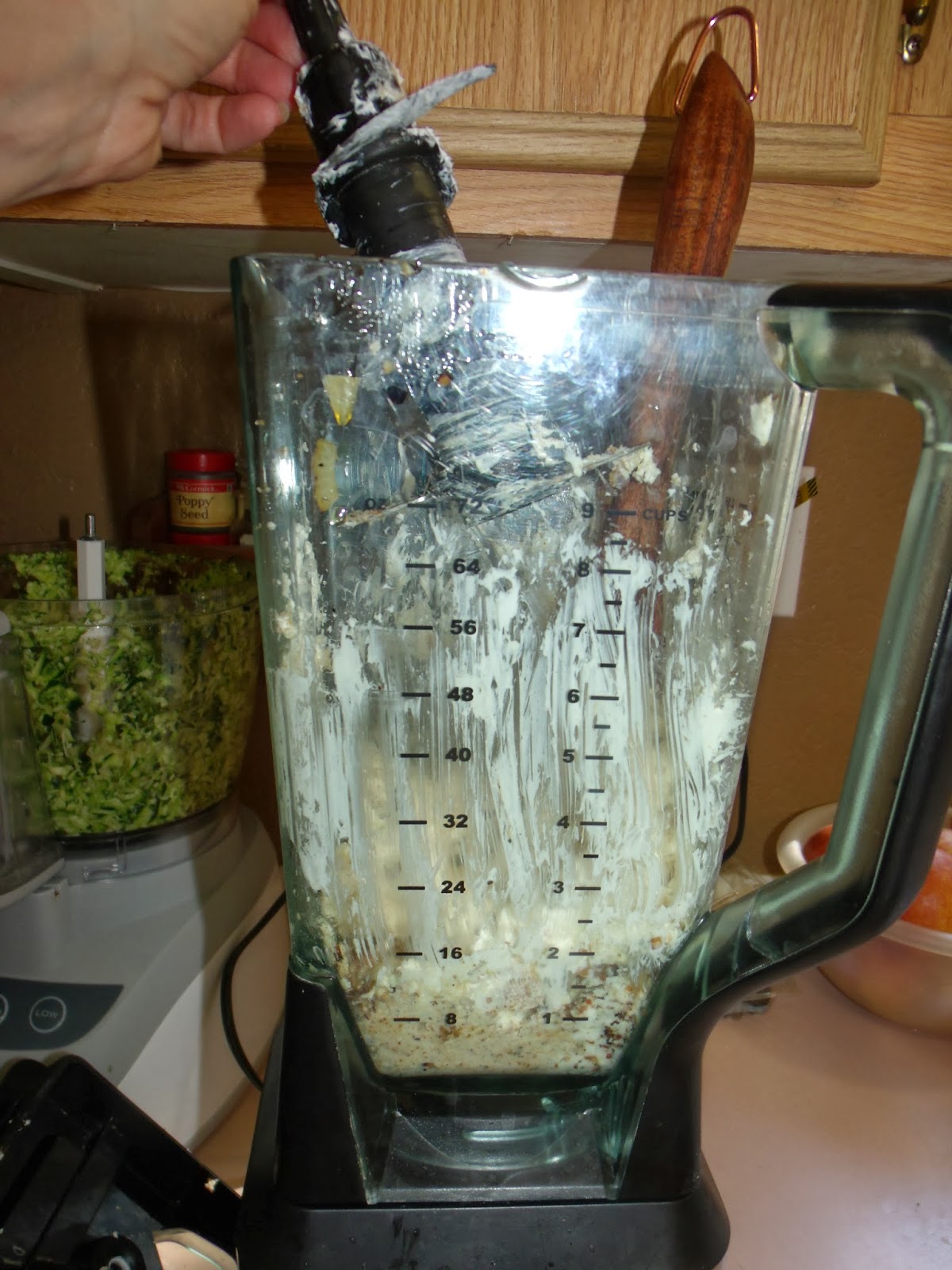 I finally took the blades out and stirred it up with a spoon.
Next just stuff the mushroom caps to overflowing. They don't have to look pretty - they're mushrooms! Mushrooms are ugly! Embrace it! 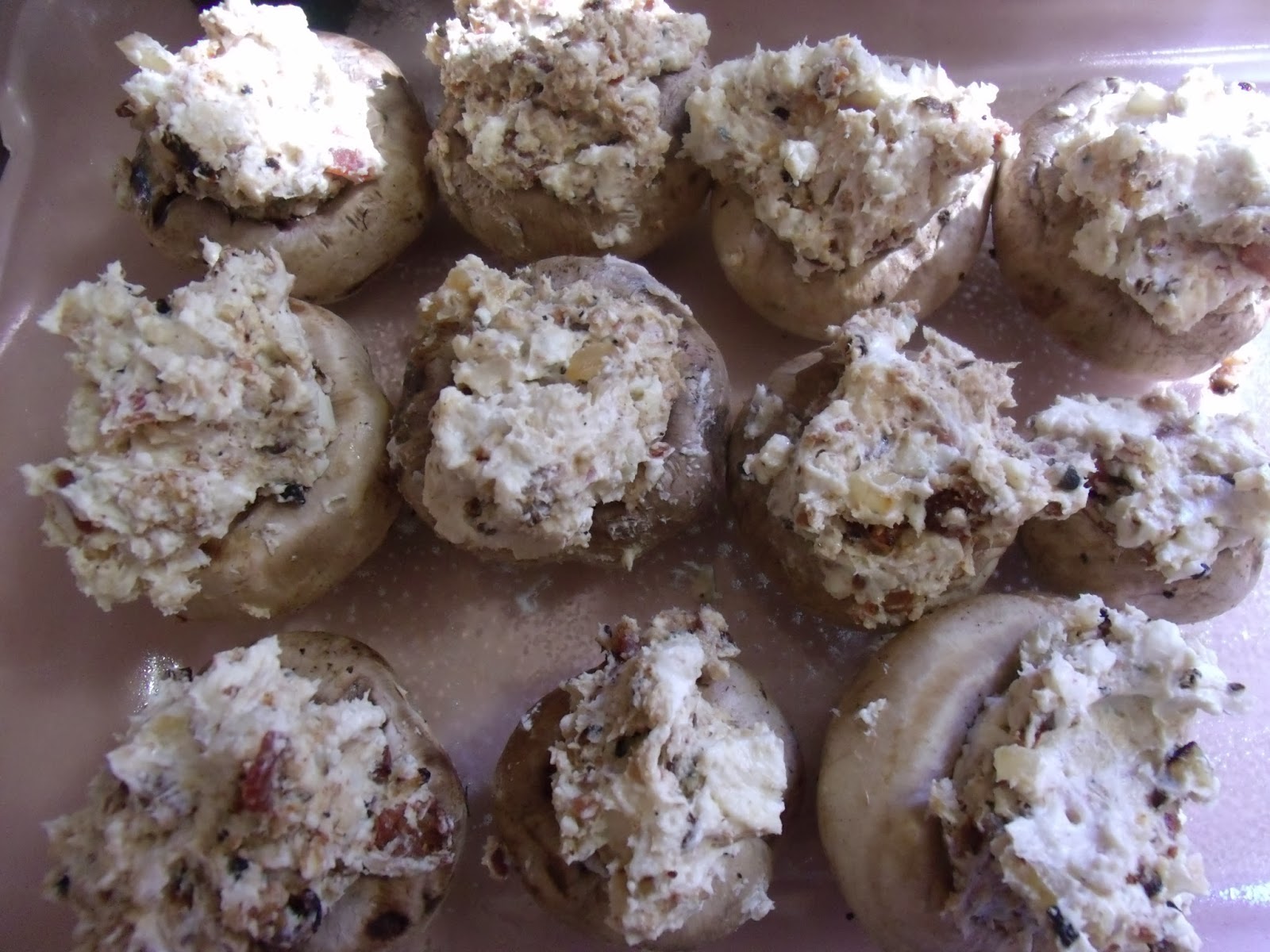 Bake at 350 for about 10 minutes. Inhale deeply and try to fend off drooling family members.

I moved Baby S.'s high chair into the kitchen, and he supervised the cooking today.

Next up were apple muffins with the apples that were getting to be past their prime. Except I couldn't find my tried-and-true apple muffin recipe. So, I faked it, and ended up with something completely different anyway.

Start with any basic fruit muffin recipe you can find on line. Change the white sugar to brown. 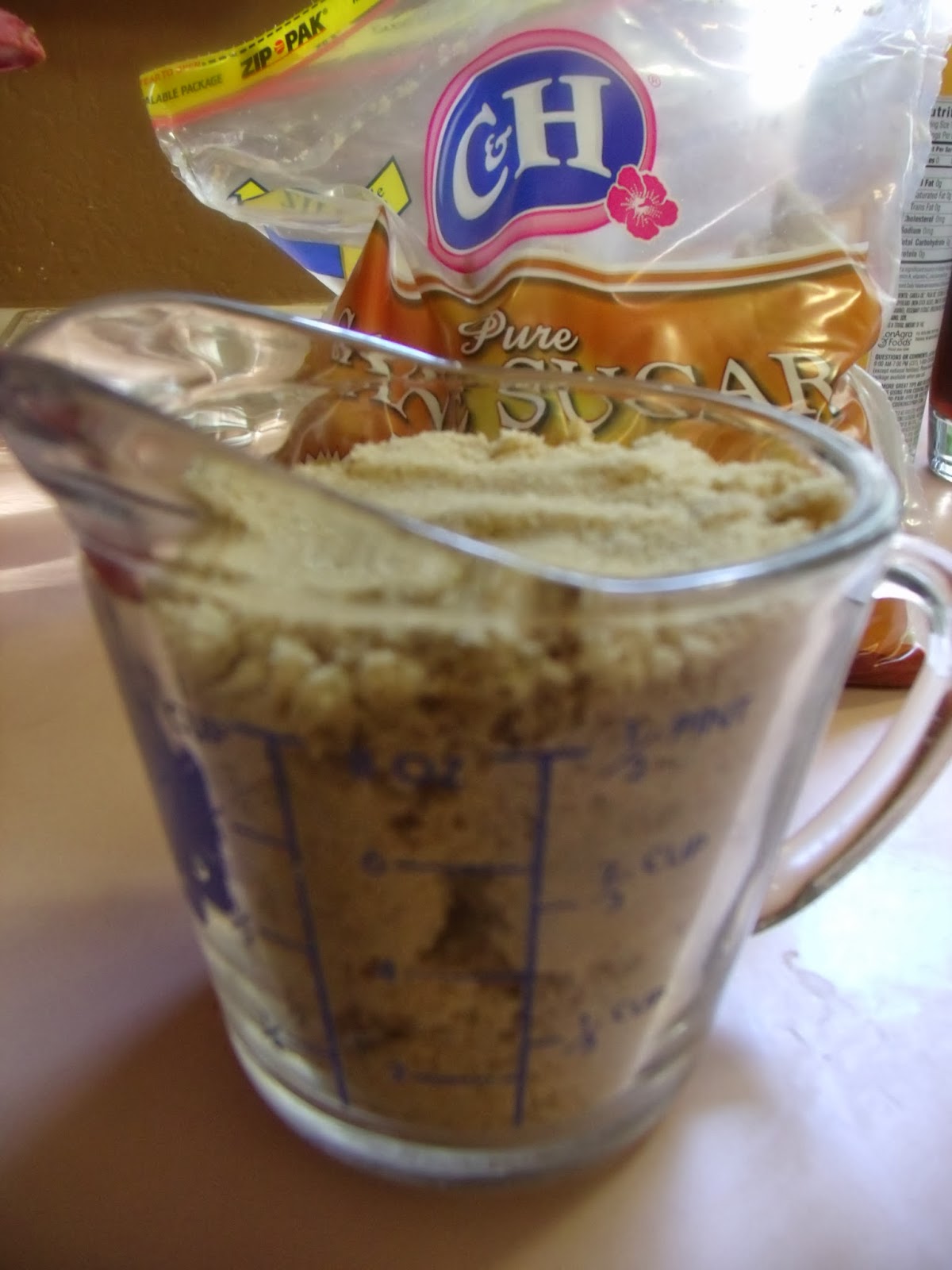 Because brown sugar is yummy.
Toss in a handful of zucchini, because you still have some left over from the bread in yesterday's post. 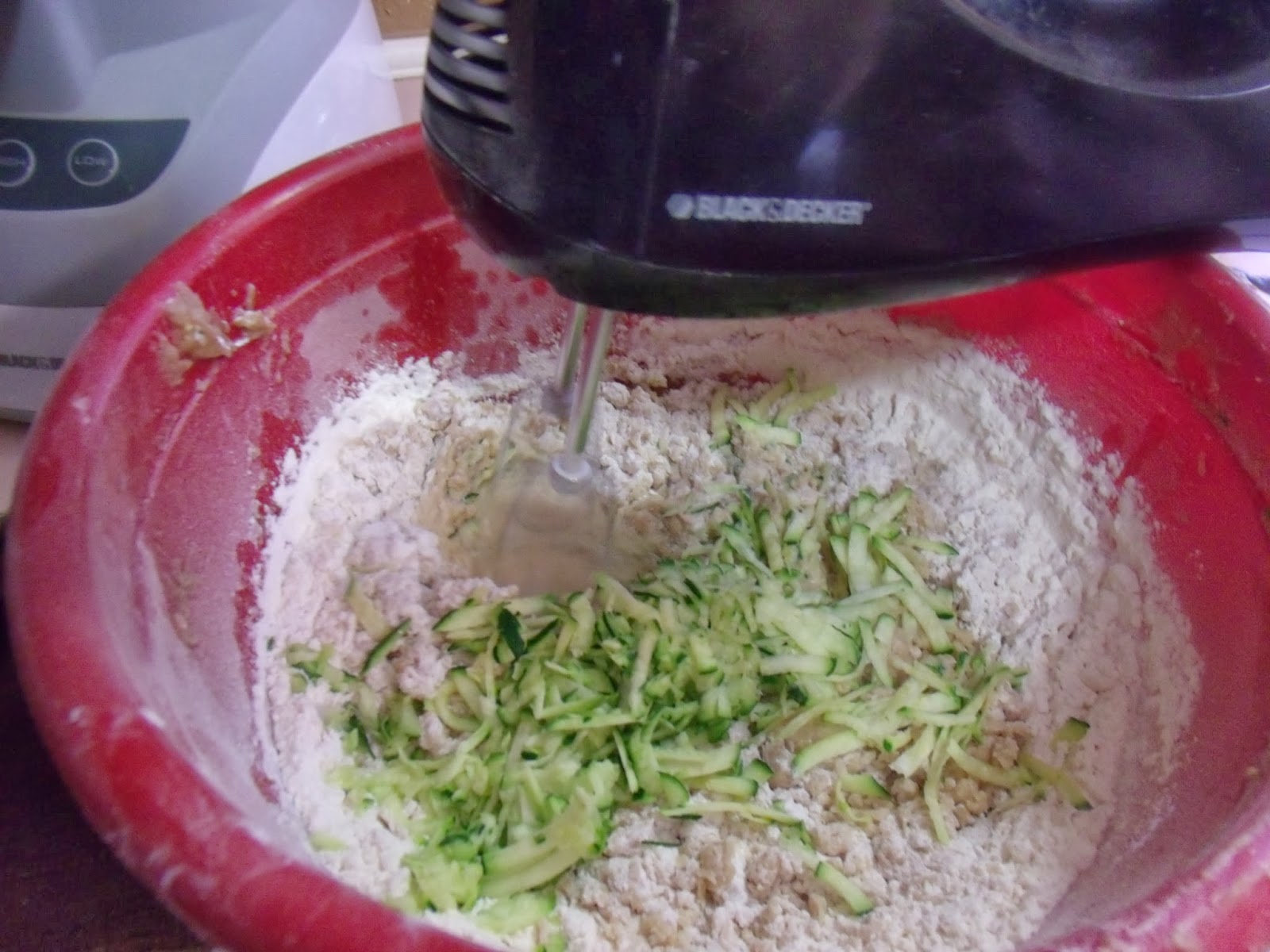 Peel and chop your apples. 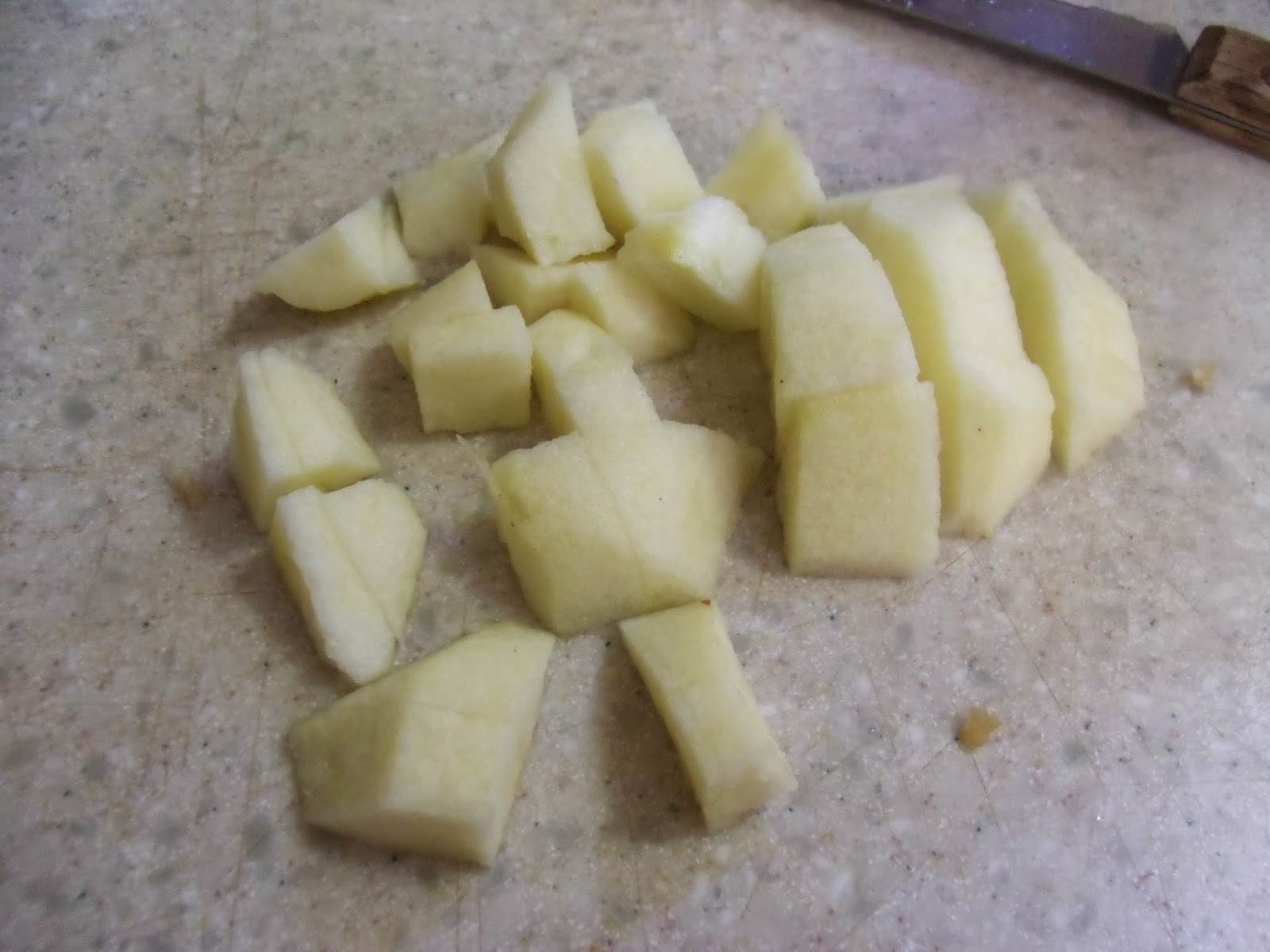 Chop up some strawberries, because you suddenly have a ton. 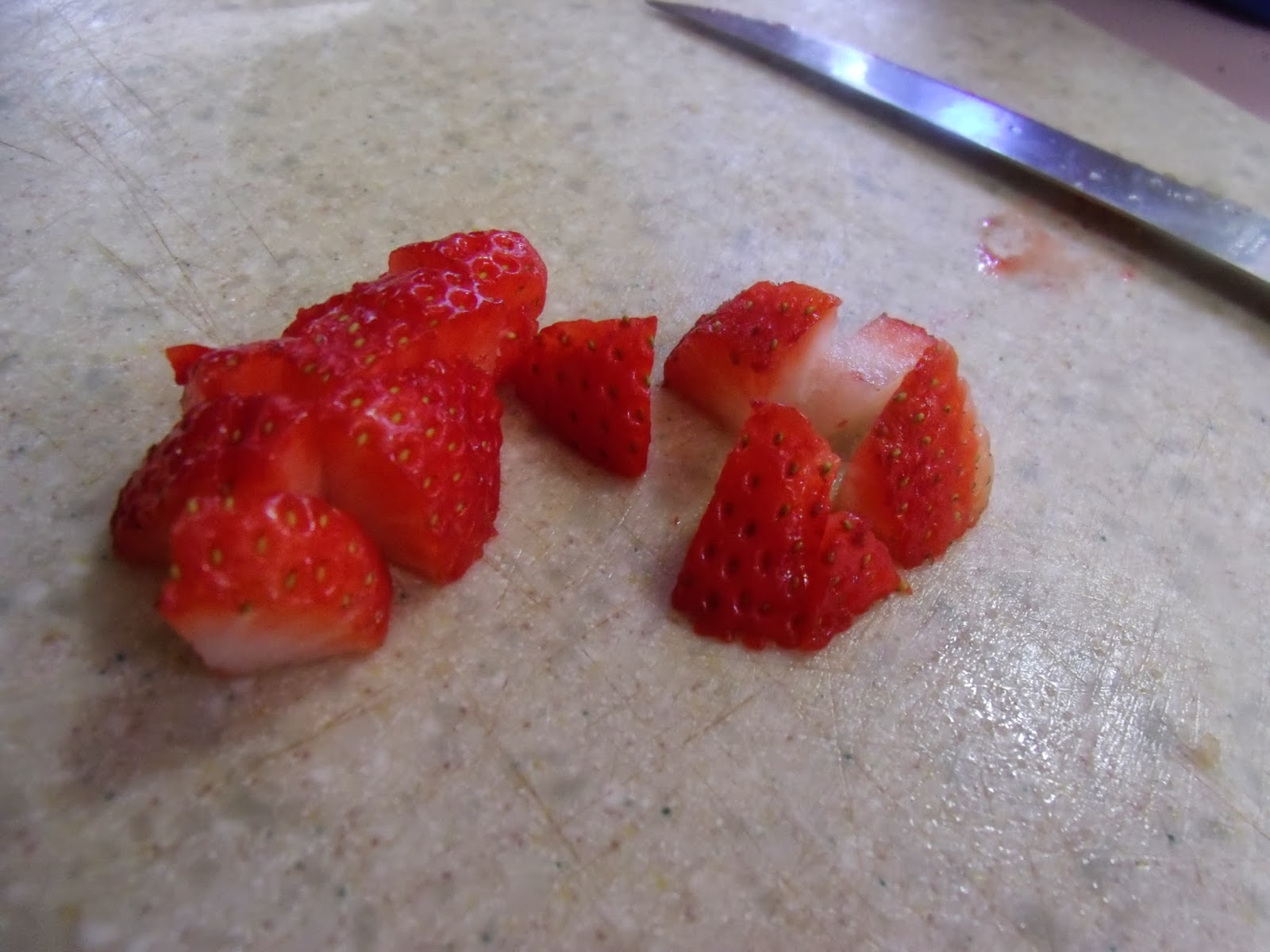 If you are assigned to compost duty, make sure you wear appropriate attire, such as your best dress. 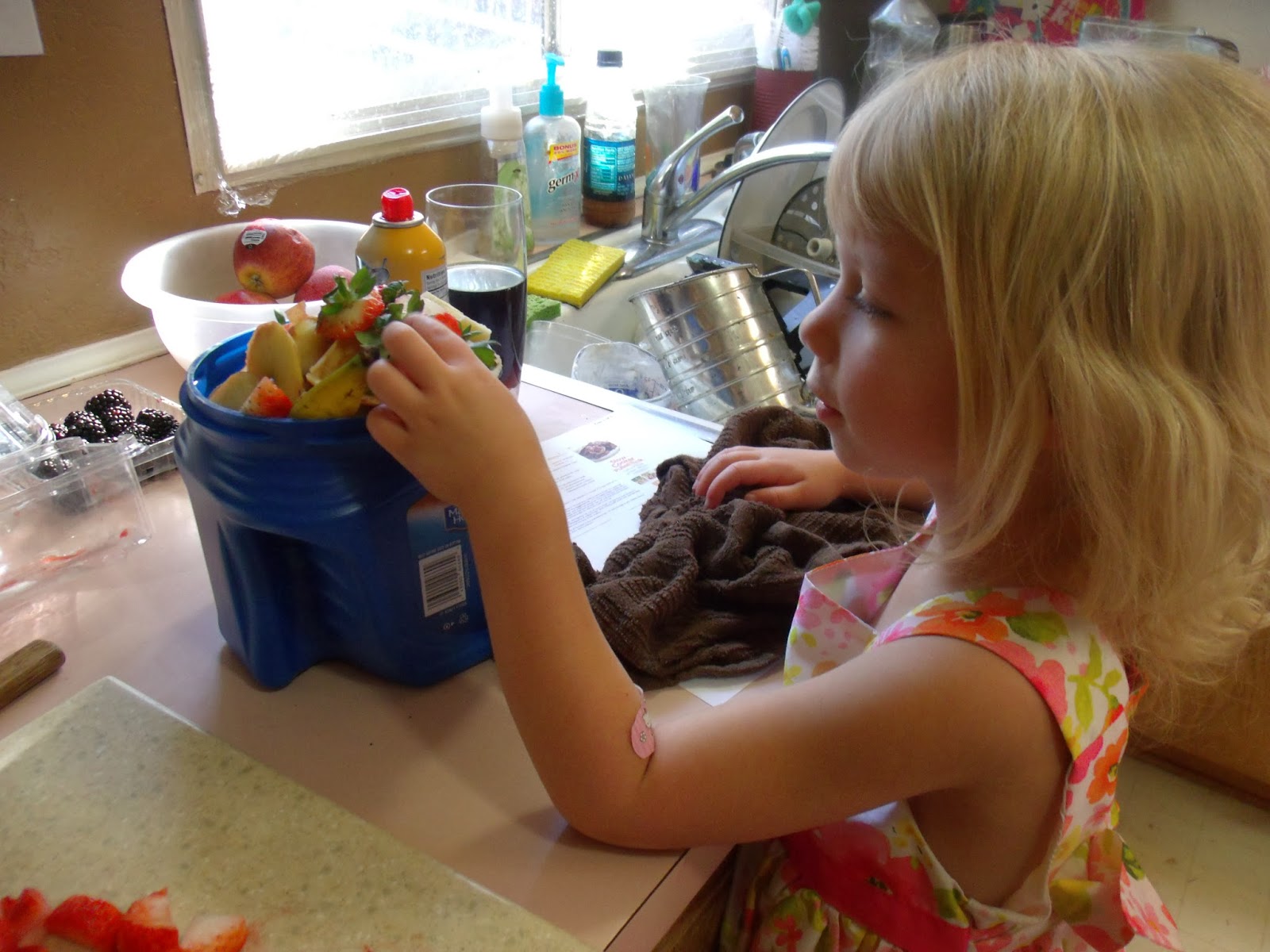 Fold fruit in gently, and pour into muffin papers left over from you Hello Kitty birthday party. Top with cinnamon sugar, and one blackberry each. 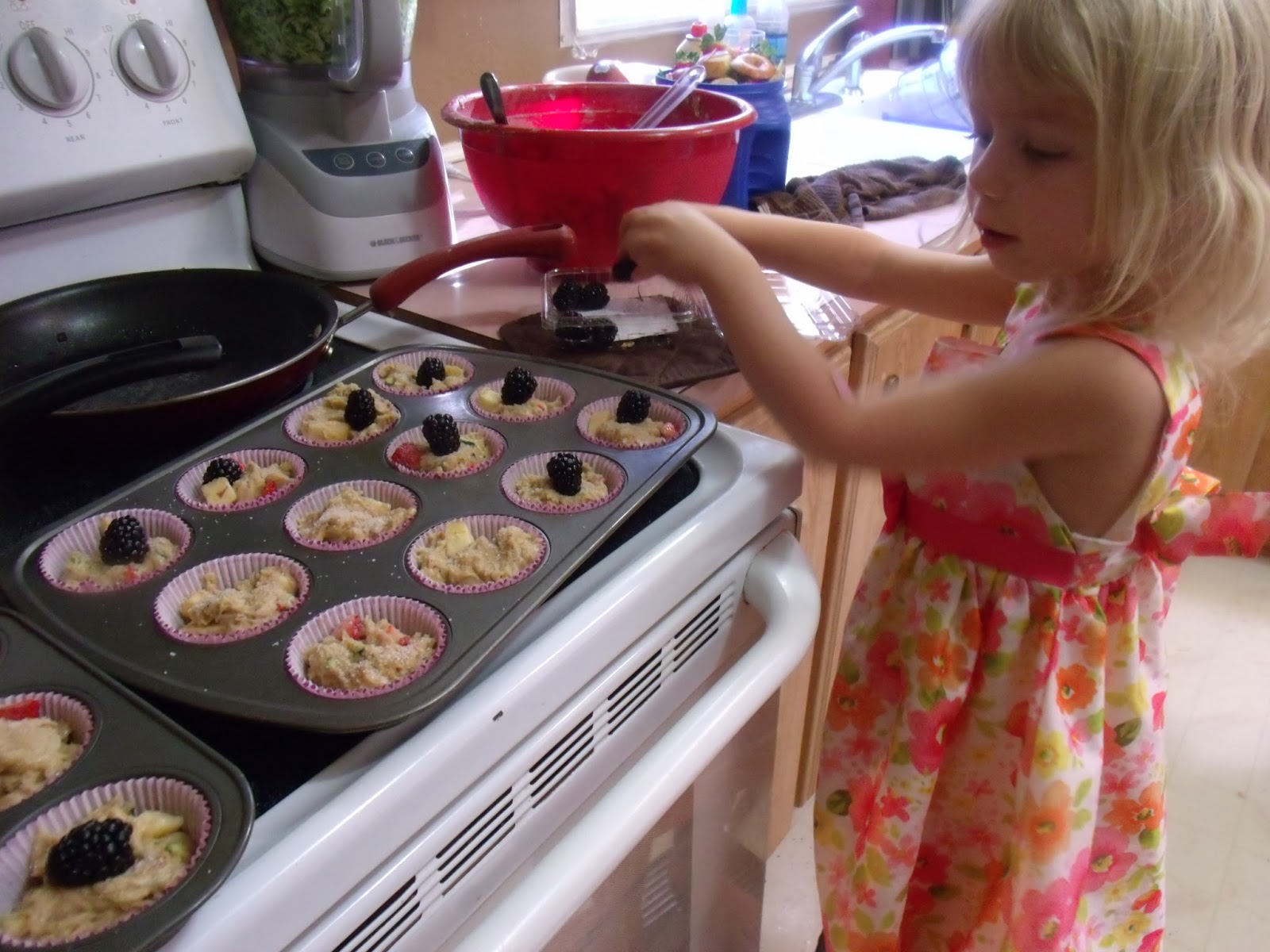 Bake for as long as it takes for the baby to finish nursing, and you to remember that you have muffins in the oven. 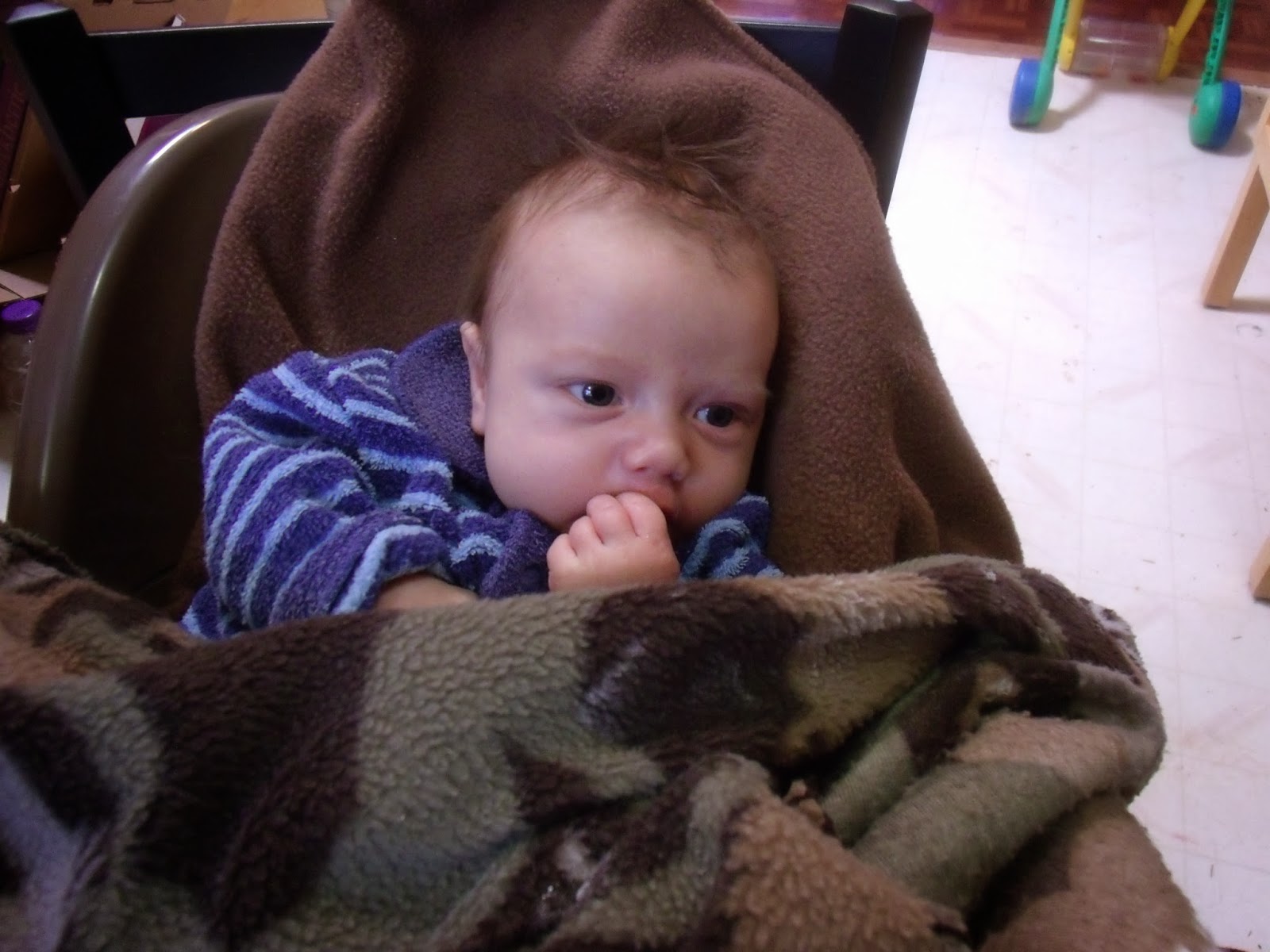 And for your daughter to decide to use her hand lotion as hair gel. 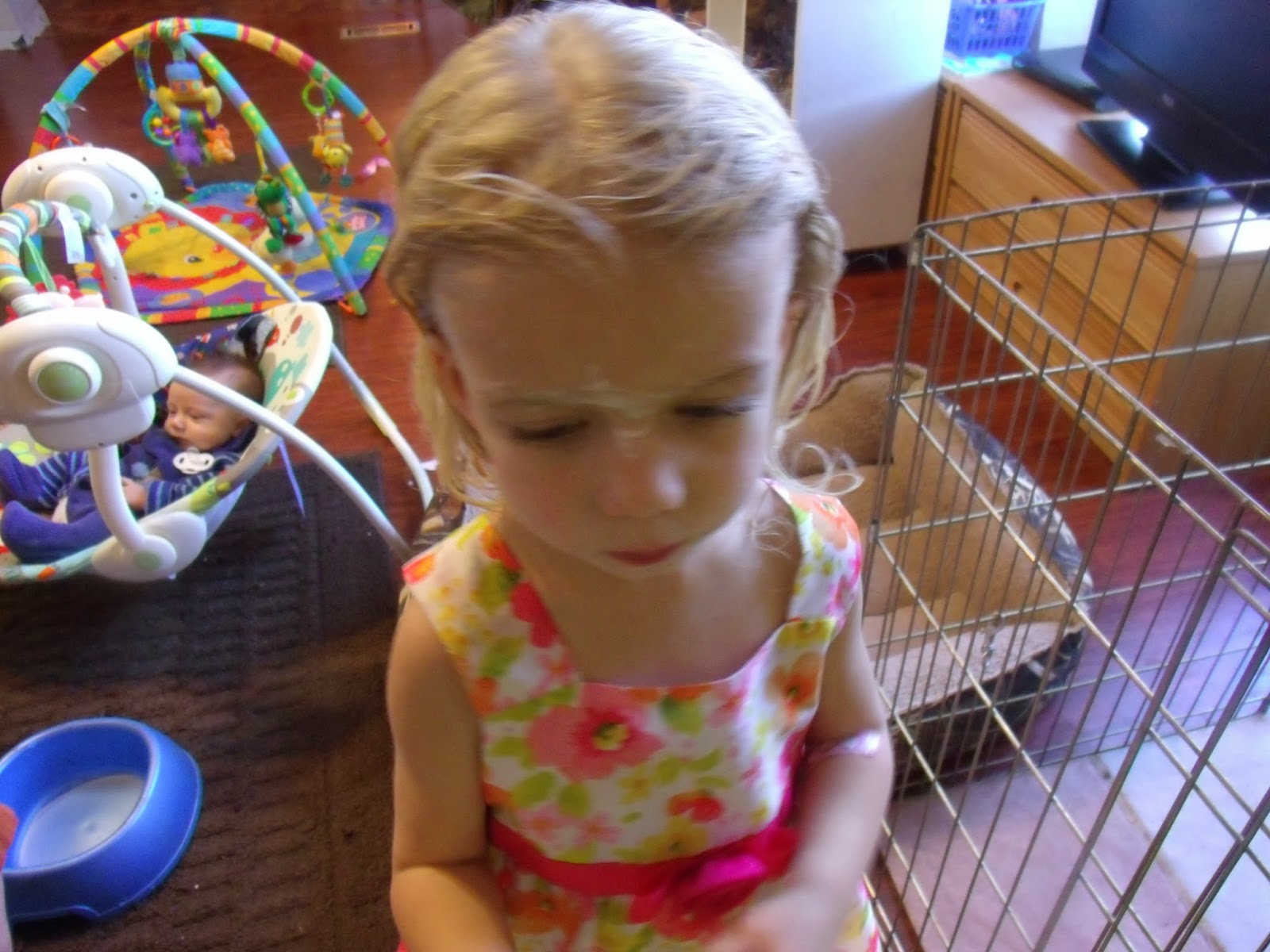 Exactly the right amount of time! 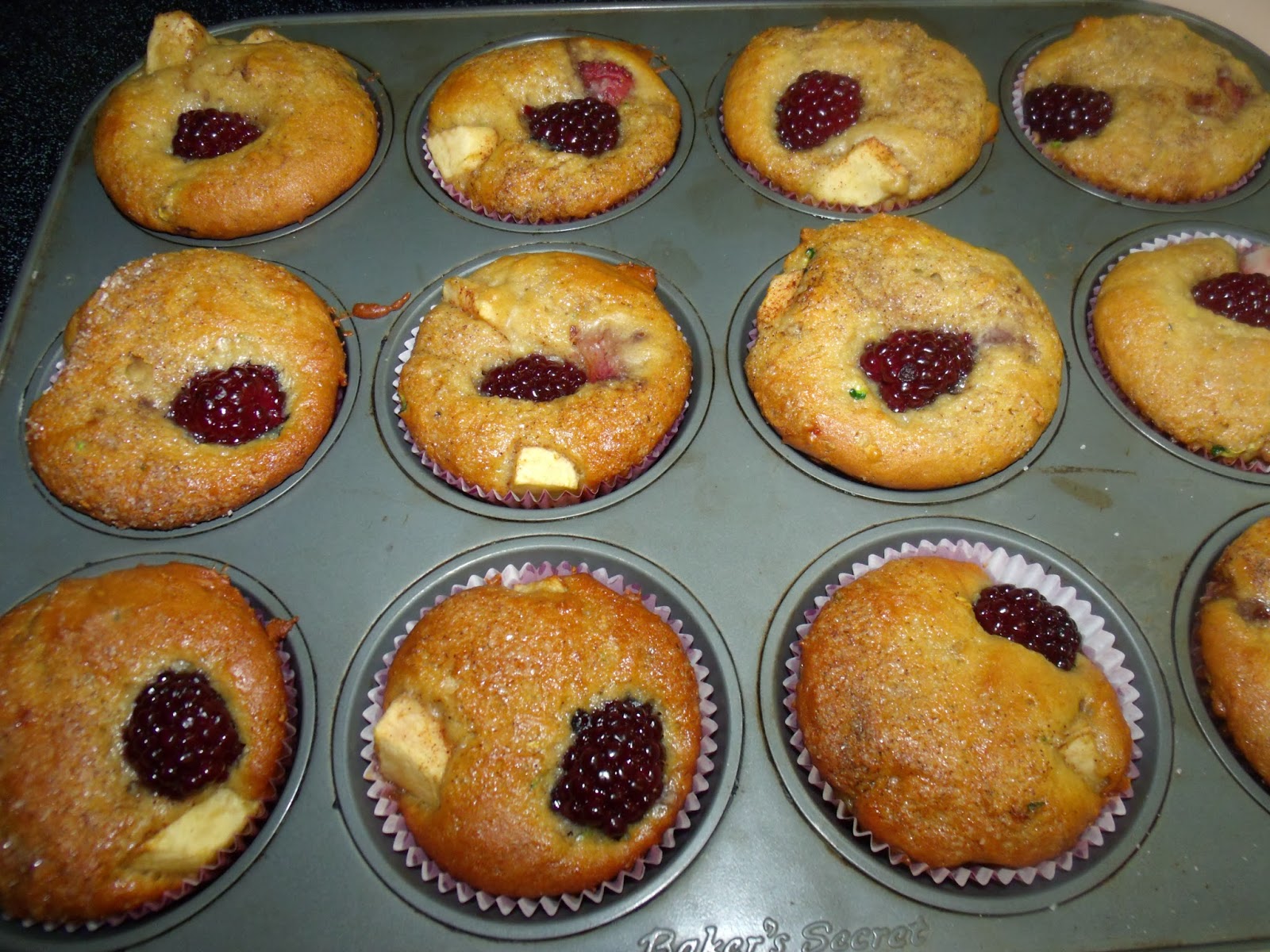 These three won't fit in the muffin carrier, so you will have to eat them. 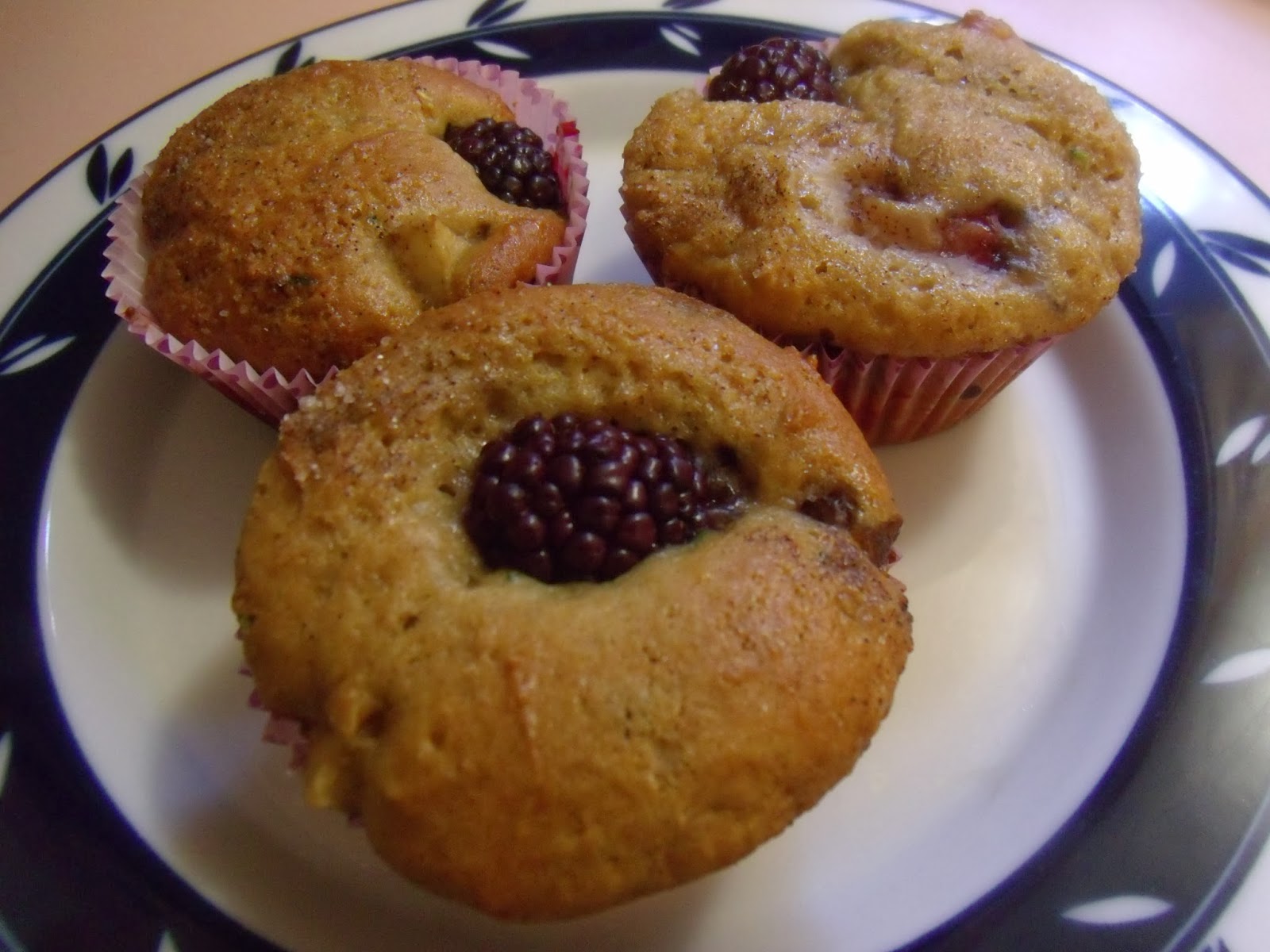 Supper consisted of turnip greens with the aforementioned bacon, the mushrooms, and a salad with lots of BB veggies. Here, S. of the lotioned hair is discovering sugar snap peas. 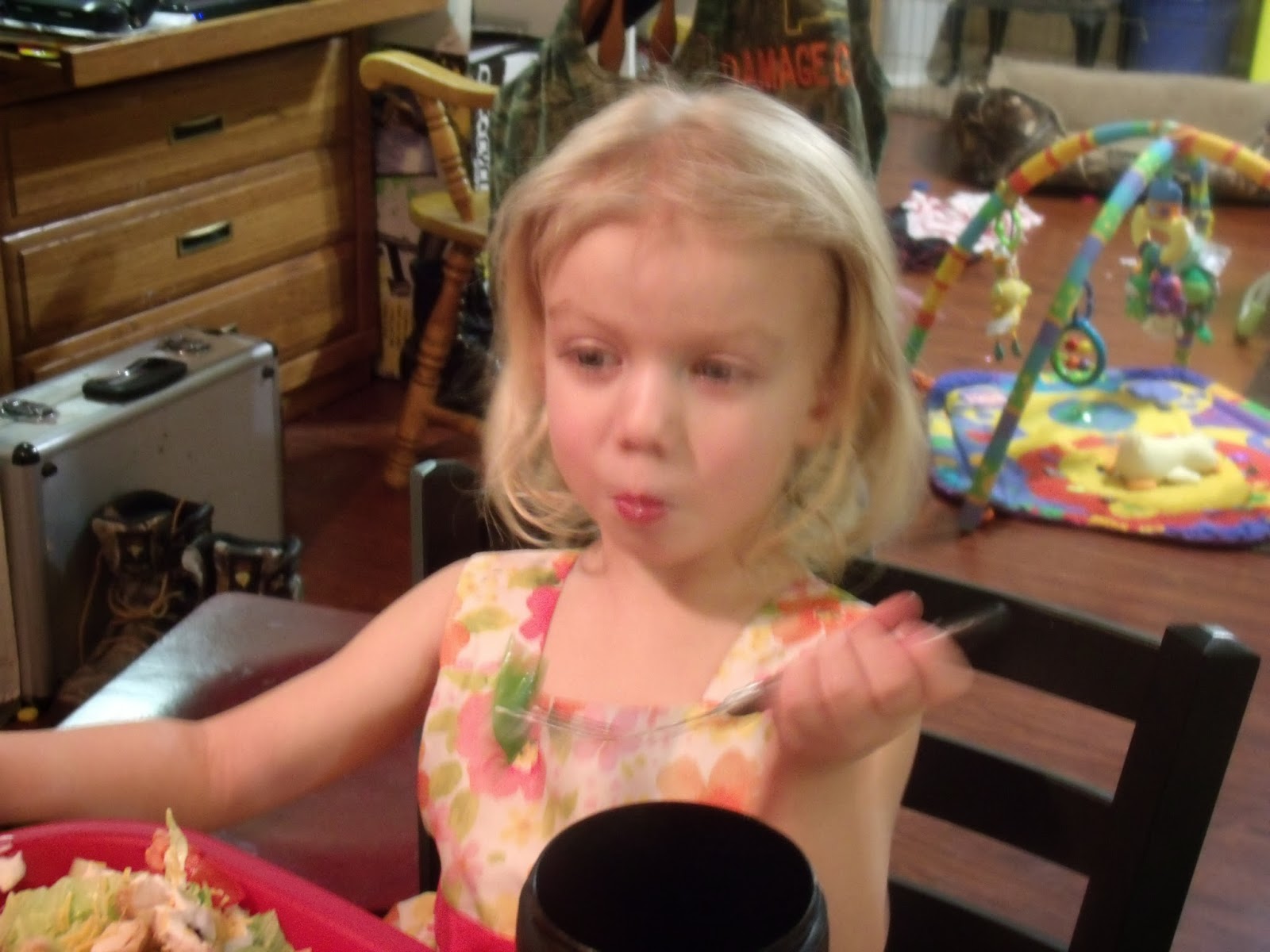 That pretty much says it all! The kids weren't sure about the mushrooms, although L. scooped out all his filling and ate it. Daddy made up for their ambivalence - there were no leftovers.
Posted by Ami at 2:00 AM