Completing our Contemplation of the Consonant C - with Collard Greens and Cowboys!


C. practiced his spelling words by writing them in sentences, and included at least one word that starts with a "C". We underlined the "C" words, and read over them with S. throughout the week. 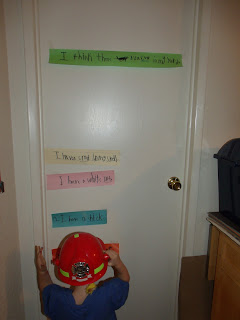 *****
We had an old friend up for dinner one night, and made foods that start with "c". We cheated a bit on the main course: Cow meat (ribs), served with 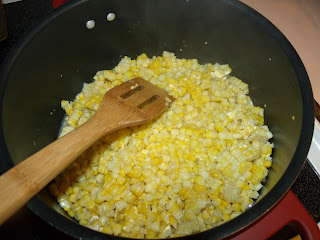 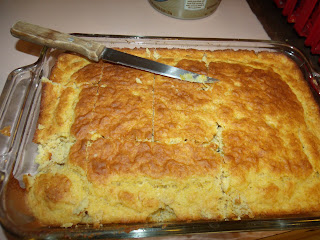 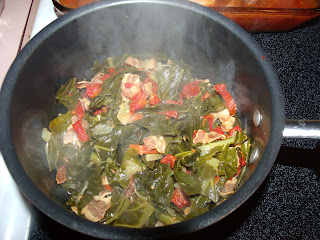 and Collard greens.
There were Cookies for dessert. We were also supposed to have roast Carrots, but they weren't done in time!
*****
We fed the Chipmunk who lives under the pantry, and watched him for a while. I am mostly hitting words with the hard consonant sounds, but he was too cute not to include. Hey, Cute starts with hard-c!


*****
Best of all, though, was the Cowboy Days celebration at the New Mexico Farm and Ranch Heritage Museum! We just told the kids we were going on a surprise road trip, and refused to tell them where.
As we pulled into the museum grounds, the very first thing we saw were cows! Awfully nice of them to arrange it that way for us. We had a blast all day!
We played in the dirt. 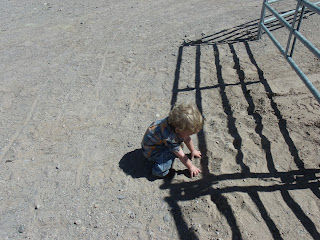 We watched some team roping. 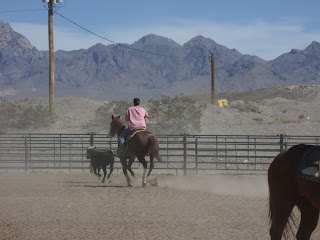 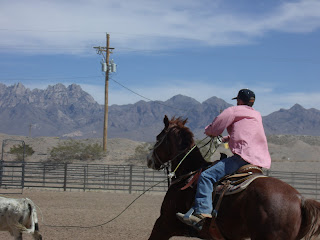 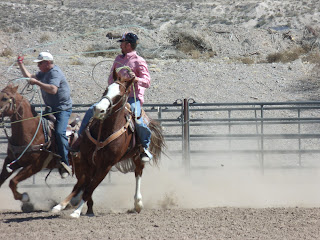 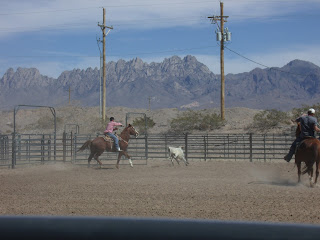 We learned about milking.
These sheep were waiting for a herding demonstration. They were a bit skittish, so we just stood and watched them quietly. 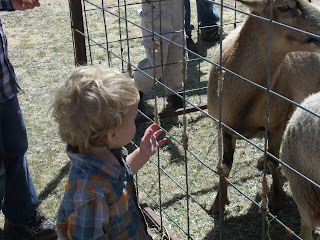 Some other little boys, however, thought it would be funny to keep scaring them and making them jump - while their parents stood to the side and yakked. I was so proud of C. - he was very upset about the way they were behaving, and even after the man doing the demonstration told them to knock it off, he didn't want to walk away until he was sure they had stopped! Sometimes I worry that C. is too much of a follower, but then he shows me he does know - and care - about what is right.
I don't have pictures of the herding, because I needed both hands to keep catching L. I asked the guy to loan me his dog, but I don't think he took me seriously.


We climbed a whole lot of things.
﻿ 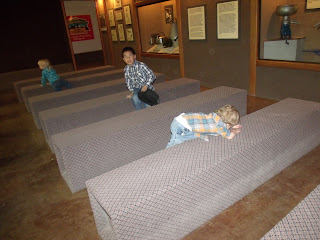 We visited the blacksmith shop, where they make and sell a variety of items. 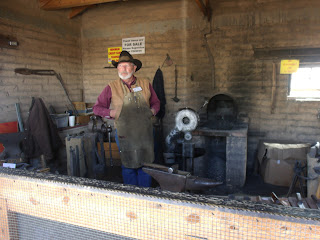 I eyed the tripods for cooking over a campfire, but then I spotted something I've been wanting ever since we moved up to the mountains: 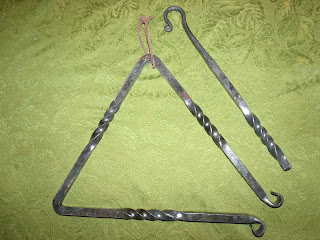 ﻿
No more yelling from the back door!
There are plenty of things to see inside the museum building, too. S. pointed out things she wanted me to photograph, focusing more on the decor than on the exhibits. 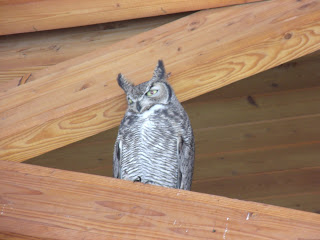 Wait a minute...this one's alive! There were two perched above the entrance, watching all the comings and goings. C. commented that owls always look mad! 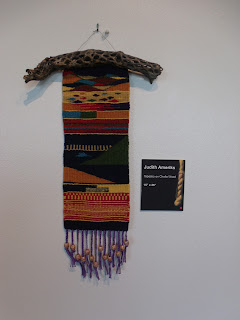 There was a really nice display of weaving. This one was S.'s favorite.
In the courtyard - where I was too busy chasing L. again to take pictures - there were a few vendors, as well as some educational activities, and dozens of brands etched in stones that fascinated S. We may try making up our own brand later this week.


There were performances going on all day. We watched a couple gunfights in the saloon. 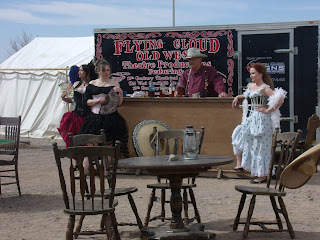 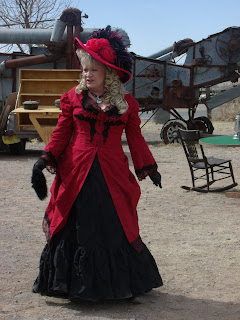 The Madam here is chastising all the ladies in the audience with bare ankles and shoulders. 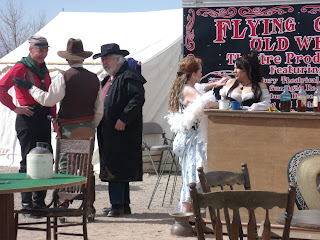 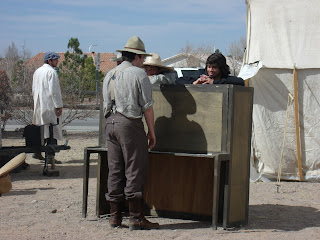 C. didn't like the noise of the gunshots, but L. couldn't care less. 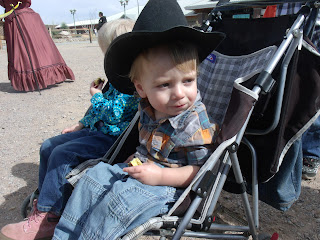 S. and C. were both chowing down on some Johnny cakes we were offered at the chuckwagon. 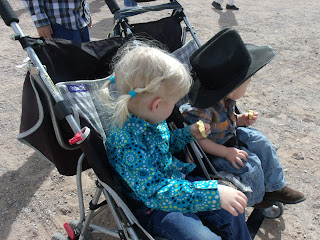 The cooks also had some good, strong cowboy coffee brewing over the fire. Daddy kept disappearing back that way for refills!
I probably should have had a few cups myself. By the time I pulled back in at home, I was beat! I just wanted to unload the van while the kids played outside (they, for some reason, still had boundless energy), and then maybe take a nap. 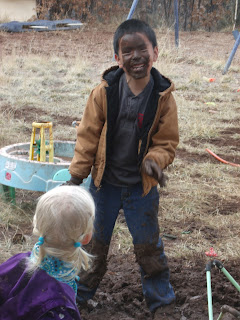