Is it me, or is Pinterest getting a little more 'real'? I mean, you still have those ridiculously expensive, meticulously decorated parties for one-year-olds who just want to chew on the streamers. I'm also seeing more my-budget-is-$50 posts, though, and that's where this Mom is headed! In that vein, here is what we did for Sheridan's tenth birthday - much of it stolen liberally from the latter Pinterest posts.

Logan asked me what my favorite part of birthday parties was, and as this one was over and I was stuffing a third piece of pizza into my face, I answered "leftovers". Rule #1: don't make anything you don't mind eating for the next three days, but then make lots of it! Sheridan wanted pizza, and since there is no delivery here that meant cooking from frozen. I bought 8 or 10 and baked them this morning, cut them into slices, put the slices back on cookie sheets, and just warmed those up when people arrived.

For pet-themed treats we had: 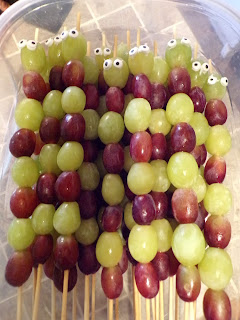 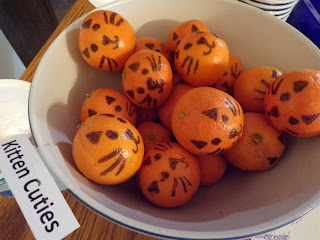 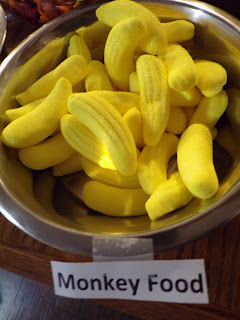 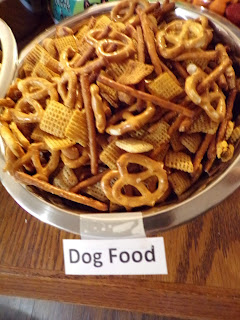 The dog food bowls will go to our favorite local rescue after the party. 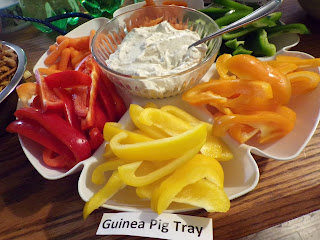 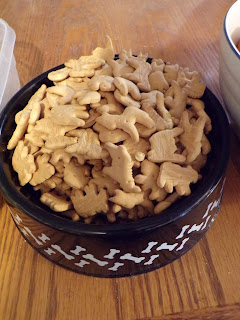 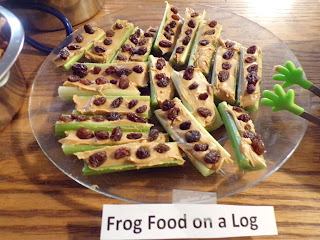 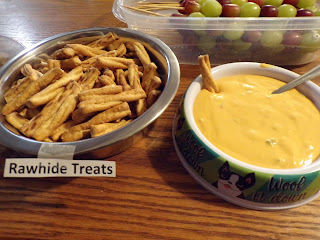 One of my friends won't come unless I make meatballs, so: 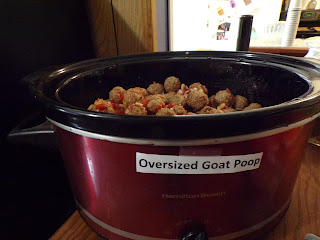 For her cake, Sheridan decided on a dog bowl. Daddy always does the decorating! The icing to write her name ended up too runny, so he did it in candy bits instead. 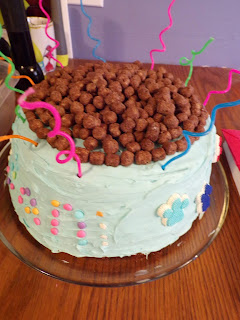 Lemon cupcakes for those who didn't want chocolate cake: 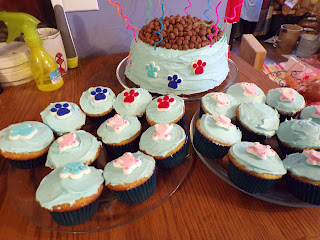 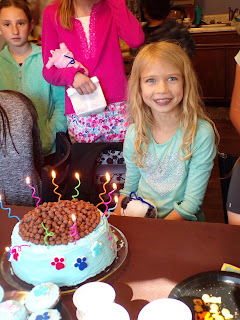 When kids first came in we invited them to make dog toys for that same rescue. Plastic bottles (lids removed) in a sock, tie it shut and decorate it with markers. Jeans cut into strips and braided, some with a tennis ball added partway down. 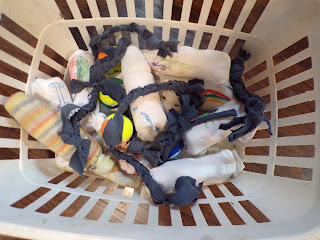 With Valentine's Day coming up, it was easy to find a bajillion stuffed animals at the dollar store. But how do we decide who picks first? Let's have them draw numbers.

From the bottom of the litter box. 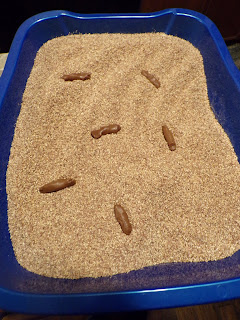 Once they drew their number and picked their pet (which kind of turned into a madhouse just because of the sheer number of kids we had here), they filled out an adoption certificate and made a collar for their pet. 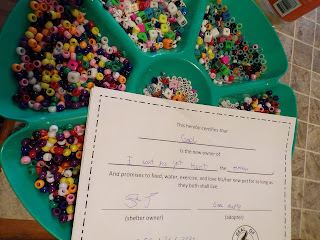 Personally I think pinatas are weird, but Sheridan insisted, so we took turns beating the tar out of a cute dog and then scrambled for its guts.

Of course, baby cuddling is also a popular pastime! 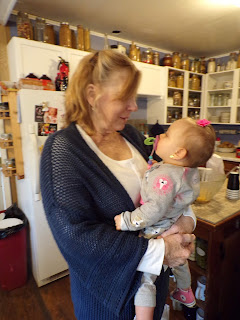 Make sure your bathroom is labeled - there's nothing like trying to find the toilet in a hurry in a strange house: 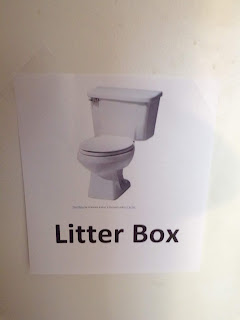 And ours is certainly a strange house. Some of the gifts were strange, too! 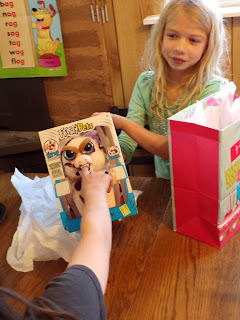 Here, big sister apologized to Mom before she opened it. 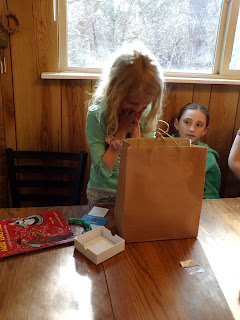 MORE DUCKS! This may bring the total to 400. I've kind of lost track. 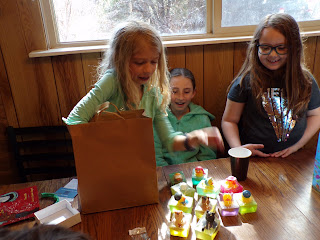 But, the best gift was for me. In three years I will have a 13-year-old daughter. Enough said. 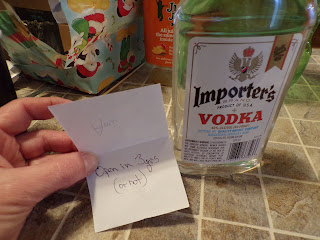