Next up, Logan Wayne!

We got an earlier start this morning, despite the stupid dog keeping us up all night by alerting to every animal that came through our yard (that is a considerable number on any given night).

We also remembered his rocks to hide, and almost immediately found another one (on the far right)! 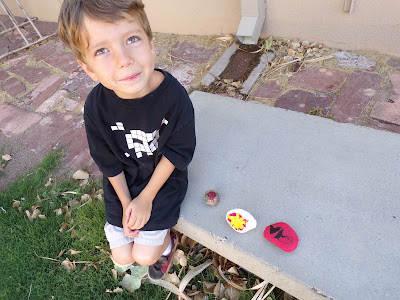 The first two were hidden at the library, where we went to check on a cockroach issue (pets, not pests). 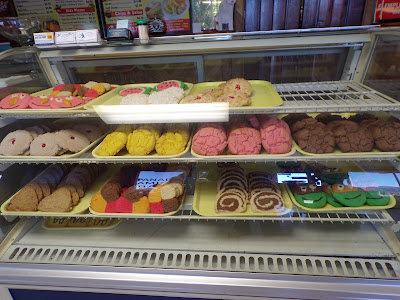 Lgaon by himself is a royal chatterbox! Here he was telling me something about Captain America. 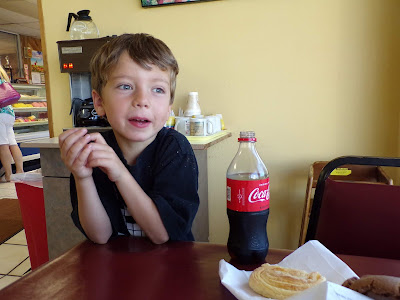 We hid a rock there, too. 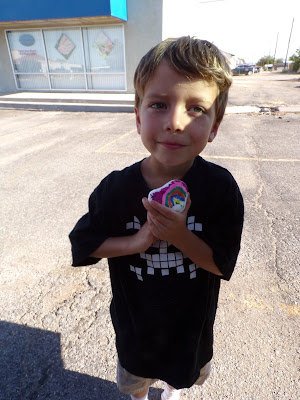 And one at the Dollar Store, 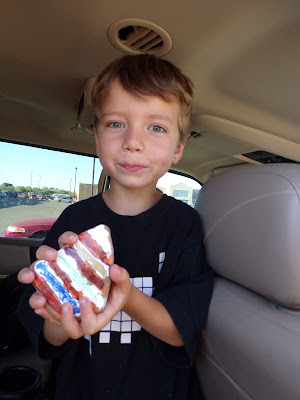 where he only spent a dollar! He is Mr. Frugal with his money. He had $9 saved up, and we visited every thrift shop in town, spending 50 cents here and a dollar there. He still has 88 cents left. He LOVES tiny things, so while I was searching for a large party-sized tea pot, he found a little three-inch porcelain one with paw prints all around it, and at another thrift shop, a bitty china cup and saucer.

Found another rock at Walmart! 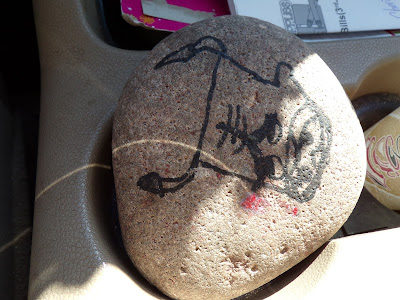 We went to Clay Time and painted crayon holders - pictures will come after they are fired! On to the mall, to check out the entries for the trash bin painting contest. Our friend Samatha won first place!! Yay Sam! 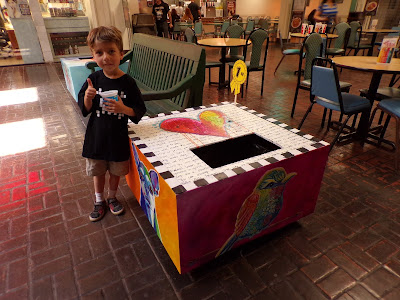 Our favorite Chinese food for lunch, 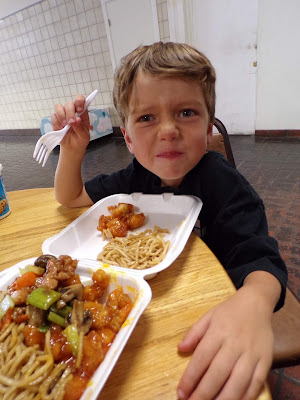 then Alamo Jump. It is pretty much impossible to get a clear picture there. He ran and jumped like a crazy person, all by himself - he's my loner! A big group showed up, and he kept switching to whichever jumper they weren't on. Not really shy, just content to be in his own world. 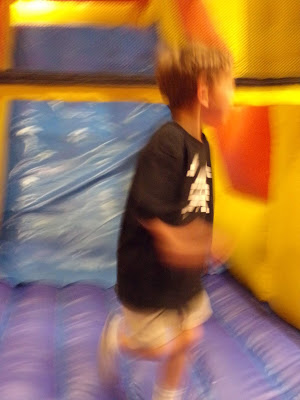 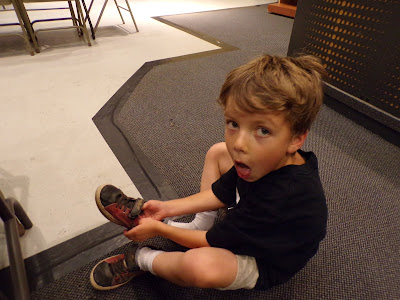 Still silly, that is.

We grabbed ice cream and then swung by the zoo, just in time to see an injured hawk brought in. 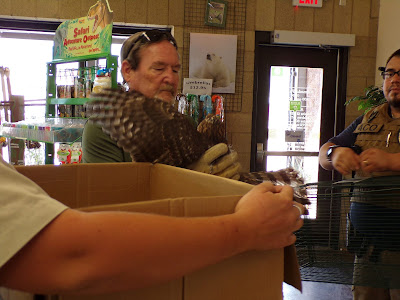 People suck. Initial guess from AC is that he was shot with a pellet gun. Poor guy was so scared! They will take good care of him.

Logan likes to feed the birds. 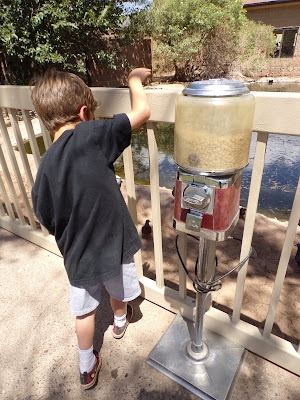 Or just watch them. 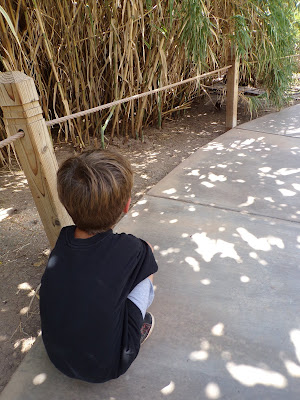 He is full of stories about what they might be doing! 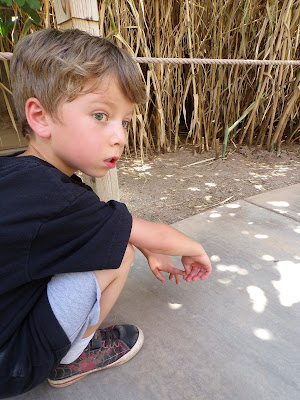 He also spotted this very cool tree that you can hide under. I can even stand up inside it! 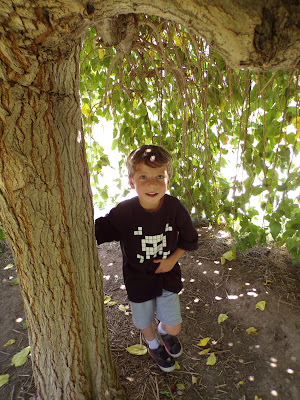 Sonic for slushies, then we stopped at the Apple Barn. Didn't buy anything, just looked around. Somehow I have never been in there before. Someone asked us where we were from and I had to answer, "Um...across the street."

Back home. Logan picked Beefy Bacon Chili as his meal. That takes a bit to prepare, so we did the prep work tonight and we will eat it tomorrow. Tomorrow is Grace's day, so we switched and let her sort-of-help with dinner tonight.

After dinner, he and Sheridan had a tea party in his room with his new purchases...and a tree that Sheridan cut down with her new tool kit. 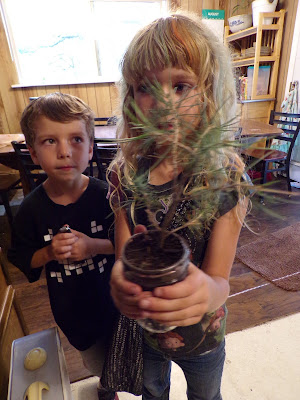 I suggested that, in the future, we might ask Daddy which trees actually need to be cut down first. And then I gave them the jelly jar to 'plant' it in.

He blessedly opted to set up a fort and sleep in Sheridan's room tonight, raher than the camper, so Mom may get a bit of sleep tonight! An awesome day with my sweet, jibber-jabber Medium Guy!