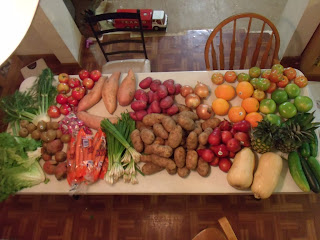 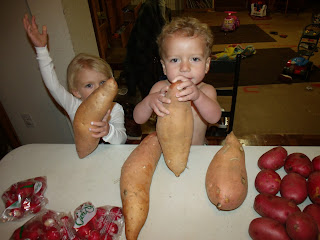 We could hollow them out and sit in them!
I also got 75 pounds of Roma tomatoes (at approximately 57 cents a pound). They came in very underripe, thank goodness, so I didn't have to process them immediately. The kids helped me sort them by color:

(and, for some reason, my pictures have disappeared completely...I am leaving the boxes in case they spontaneously reappear...if not...imagine!)

and, after I put together a basket to share with Grandma, I tackled the potatoes. Full disclosure: this didn't all happen in one day!
I decided to just wash, cube, and can most of the brown potatoes, and ended up with 13 quarts. I boiled them briefly first just to get some of the starch out.

Any cloudiness you see here is on the outside, because I forgot to put vinegar in the canning water.
I saved a few out to eat now, and decided to try one of those recipes that is all over Facebook. You just slice a potato most of the way through,

sprinkle with oil and seasonings, and bake.

I have to say, I wasn't terribly impressed. They took FOREVER to cook, and ended with the skins being very tough. The kids were especially unhappy with the chewiness. We finally chopped them up and added baked potato toppings, and ate them that way.
I used one of the pears to freshen up a mix I made from the last basket's fruit - kiwis and persimmons - and layered it with Greek yogurt for parfaits. I topped it with BB granola, which is DIVINE, and told the kids we were having dessert for lunch.

While all the chopping and canning was going on, I was also roasting the Halloween pumpkins we had just decorated, along with the seeds:

I like the seeds best when they have soaked in a mix of lime juice and chili powder, and are roasted just shy of burning. The pumpkin I just roasted, cubed, and froze for now. I have enough food saved up for the first part of maternity leave, now I want raw ingredients so I can cook when I'm up and around!

After a few days of waiting, I had about 25 pounds of ripe tomatoes. These I peeled, chunked, and canned with a little garlic and oregano. To peel your tomatoes easily, dunk them in boiling water for about a minute, then ice water. The skins should slide right off. If they stick, you can toss them back in the hot water for another 30 seconds. Don't you wish everything peeled that easily?!

Another few days, another 25 pounds ready. I made 14 quarts of a spaghetti sauce that made my house smell like Heaven! 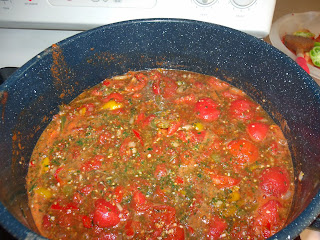 Your basic tomato sauce recipe with tomatoes, onions, bell peppers, garlic, tomato paste, Worcestershire sauce, and spices. I also threw in some of the parsley pesto I had made and frozen after an earlier basket.
Then I started experimenting, and ended up with what I am calling "Sweet and Sour Chunky Salsa". This is roughly the recipe (there was little to no measuring going on):

About 15 pounds of tomatoes in varied stages of ripeness, diced (I like chunky salsa). The greener they were, the smaller I diced them. 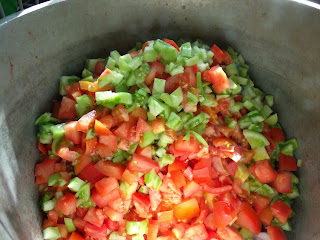 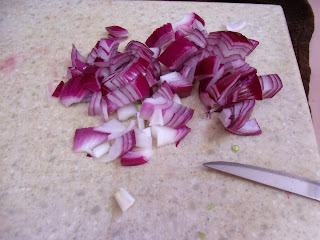 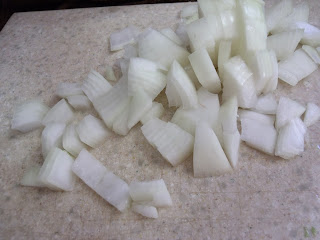 Three cans of diced jalapenos that someone gave me, and which are too mushy to use in anything else, but hey, they were free.
Garlic!! 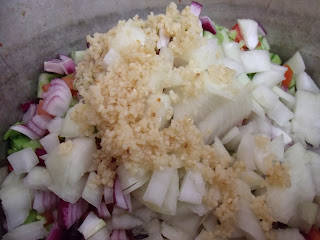 2 cups of cider vinegar. This turned out to be way too much. I was going by proportions based on another recipe (7 lbs tomatoes to 1 cup vinegar), and I didn't want to skimp since I was water bath canning, but - sour! So, I had to add more sugar - about 3/4 cup in all - now both sweet and sour! Oops. 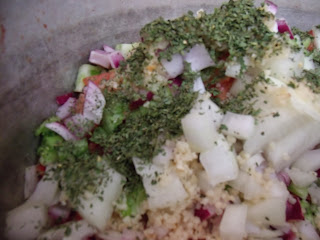 Five Anaheim peppers I froze from an earlier Bountiful Basket pack, sliced and diced. I had cut the tops off and partly deseeded, but these aren't hot peppers, so you don't really need to. 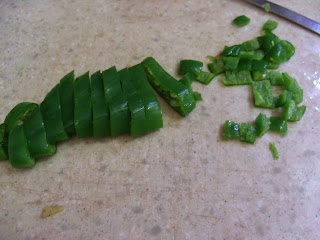 Bring to a boil and then simmer about 20 minutes. 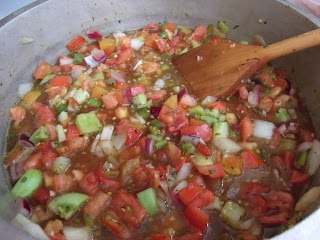 Hot pack into prepared pint jars (there were 14 in all) and water bath for 25 minutes. 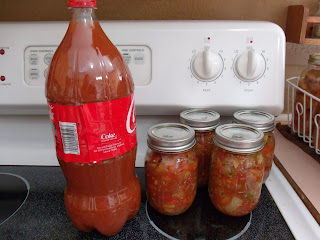 There was a LOT of liquid left, and I can't throw anything away, so I funneled it into an empty bottle to save! 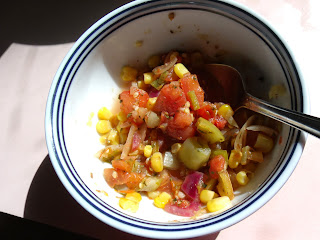 I was eating through leftovers in the fridge as I cooked, and spooned some of the salsa in with some corn. Yummy! Any other suggestions for using a salsa (pico de gallo, really) that is a bit on the tart side?
The remaining tomatoes have been ripening slowly, and I have been peeling, dicing, and freezing them every couple days. This is what I have left of the original 75 pounds, 2 weeks later: 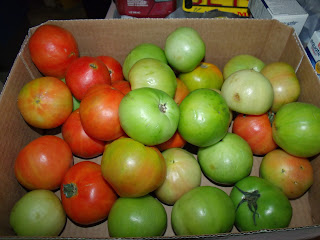 There are several was to encourage your tomatoes to ripen faster, but I have been happy with letting them get ready in stages. I really need to win the lottery so I can just stay home and cook all day! Well, and maybe do a few other things. I suppose that means buying a ticket first, though...