It's that time again! Yesterday morning we went to our friend's pumpkin patch and picked out the very best ones. 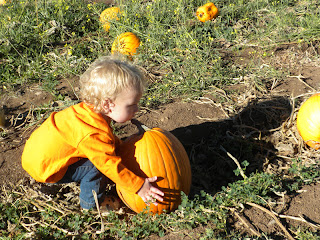 They were heavy!
Today, it was time to paint. 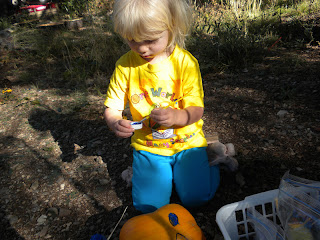 We paint or draw or attach things to our pumpkins so they don't get rotten too quickly. 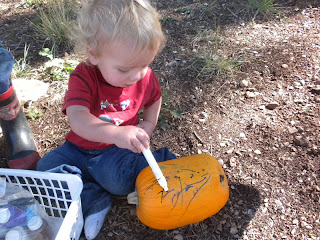 L. decided to swicth to a smaller pumpkin than the one he picked out yesterday. 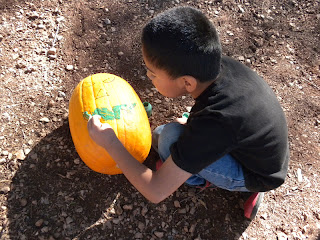 C. says this is a Spidermen monster pumpkin. Can you guess what he's going to be for Halloween? 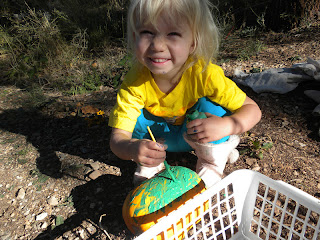 S. is going to be a wheel of cheese. Not really, but she has the look down, doesn't she? 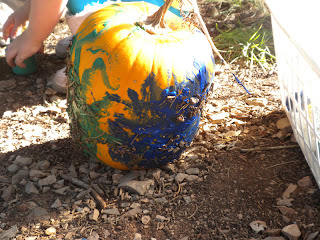 At some pint, her pumpkin took off rolling across the driveway, picking up a little texture along the way. S. wasn't phased, just kept on painting.
The boys, however, lost interest fairly quickly, and went to play on the new fire truck: 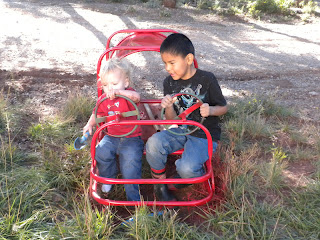 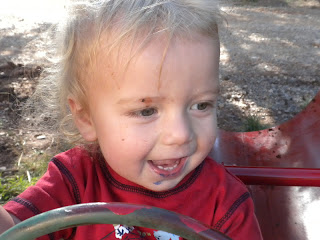 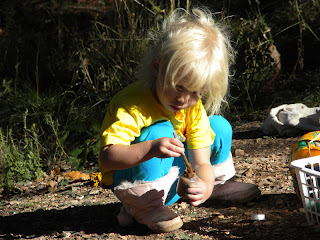 Still painting.
S. is a very serious artist, and was intently picking out each color, dabbing it on exactly the right spots. She was so silent, I could hear the birds rustling in the bushes. You know, that sounds a bit big for a bird... 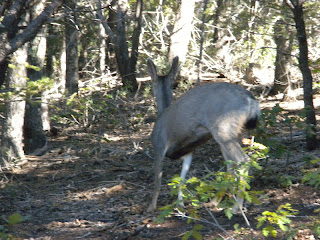 Hey! She ran off just as I raised my camera (of course). I think we'll be putting the pumpkins inside something tonight. 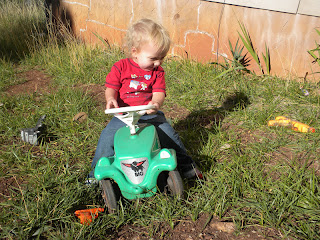 L., meanwhile, had moved on to another vehicle, 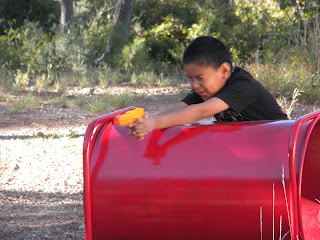 while C. was now fighting off zombies. 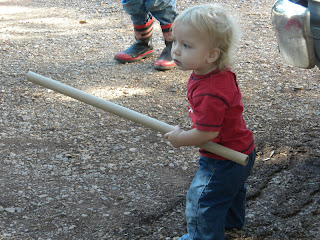 When I told them about the deer, however, L. was quick to grab a weapon as well, determined to defend his pumpkin.
S., meanwhile, kept on painting. And painting. 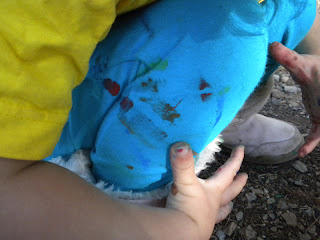 Some of the paint even went on the pumpkin. 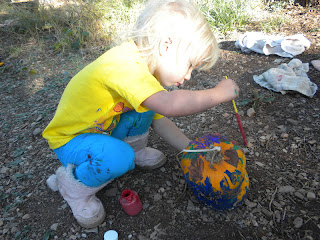 I have heard that, if you comepletely cover a pumpkin with paint, it will explode. Hopefully, she left enough open spaces. If not...keep an eye out for a multi-colored, traumatized deer!