In other words, as soon as you figure out where it is, we're going to move it.

The adult books were all been shifted and smooshed, and we began moving as many of the children's books as possible to that side. 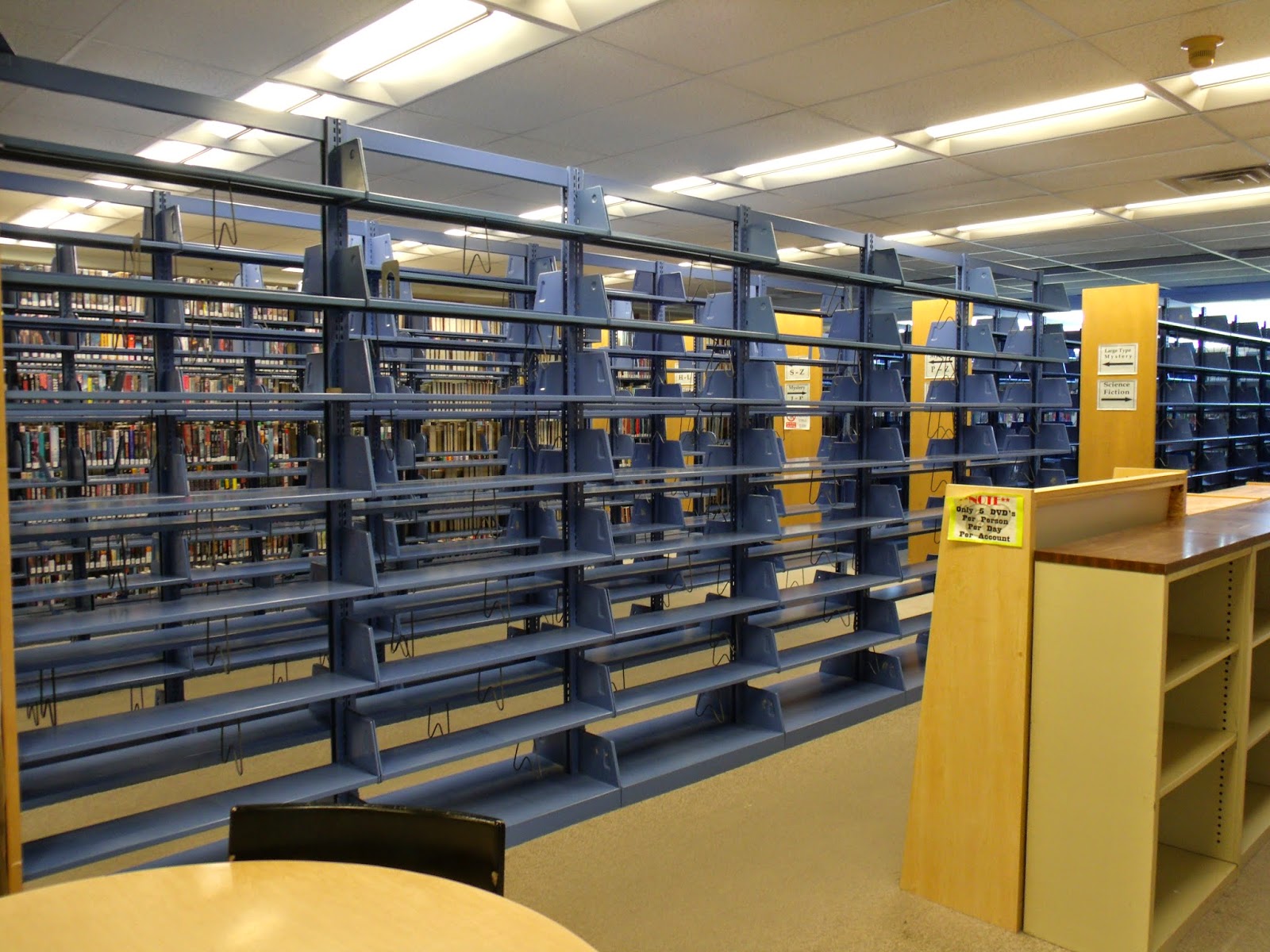 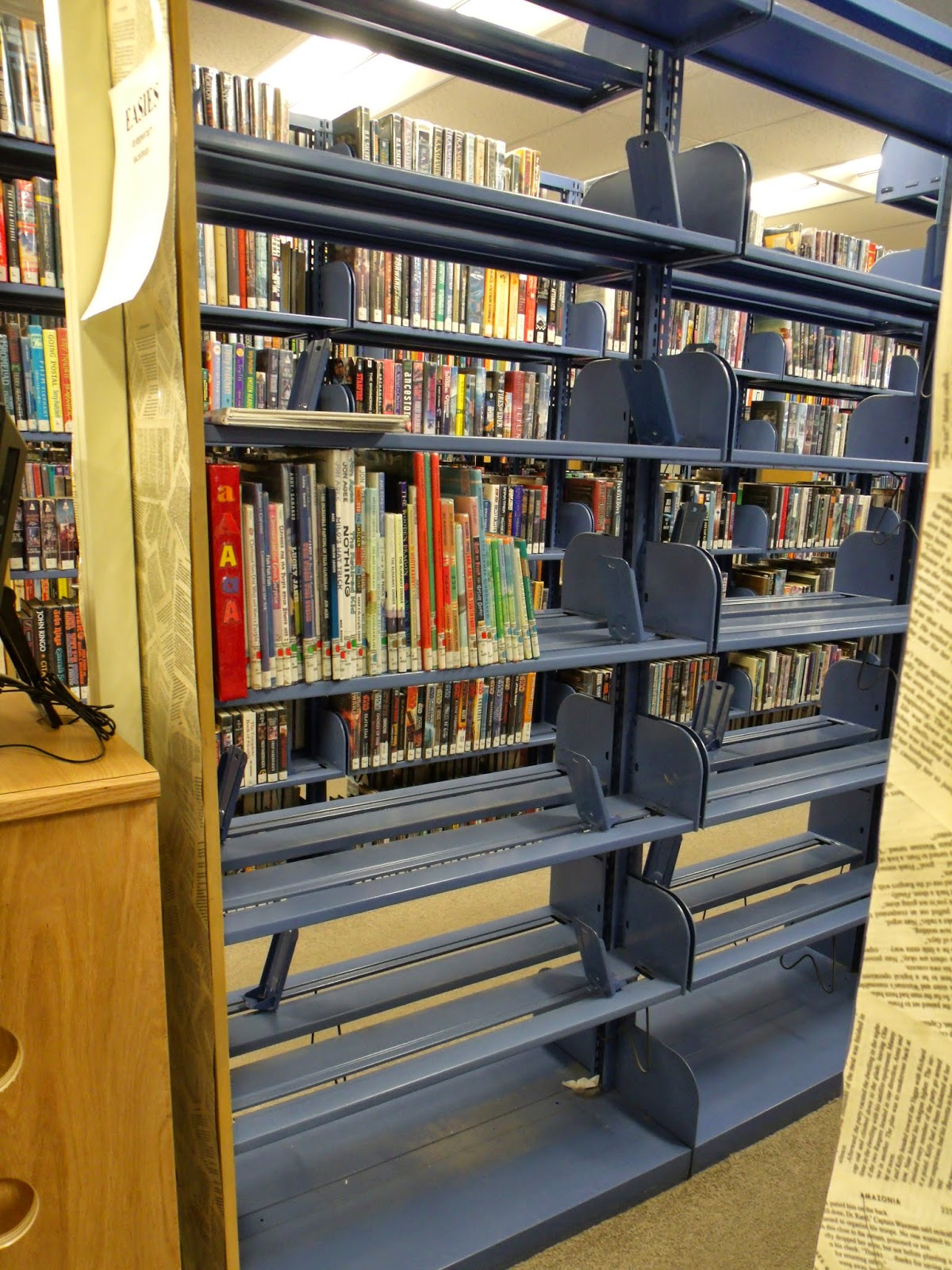 "We" being home schoolers, relatives, and many many staff members. 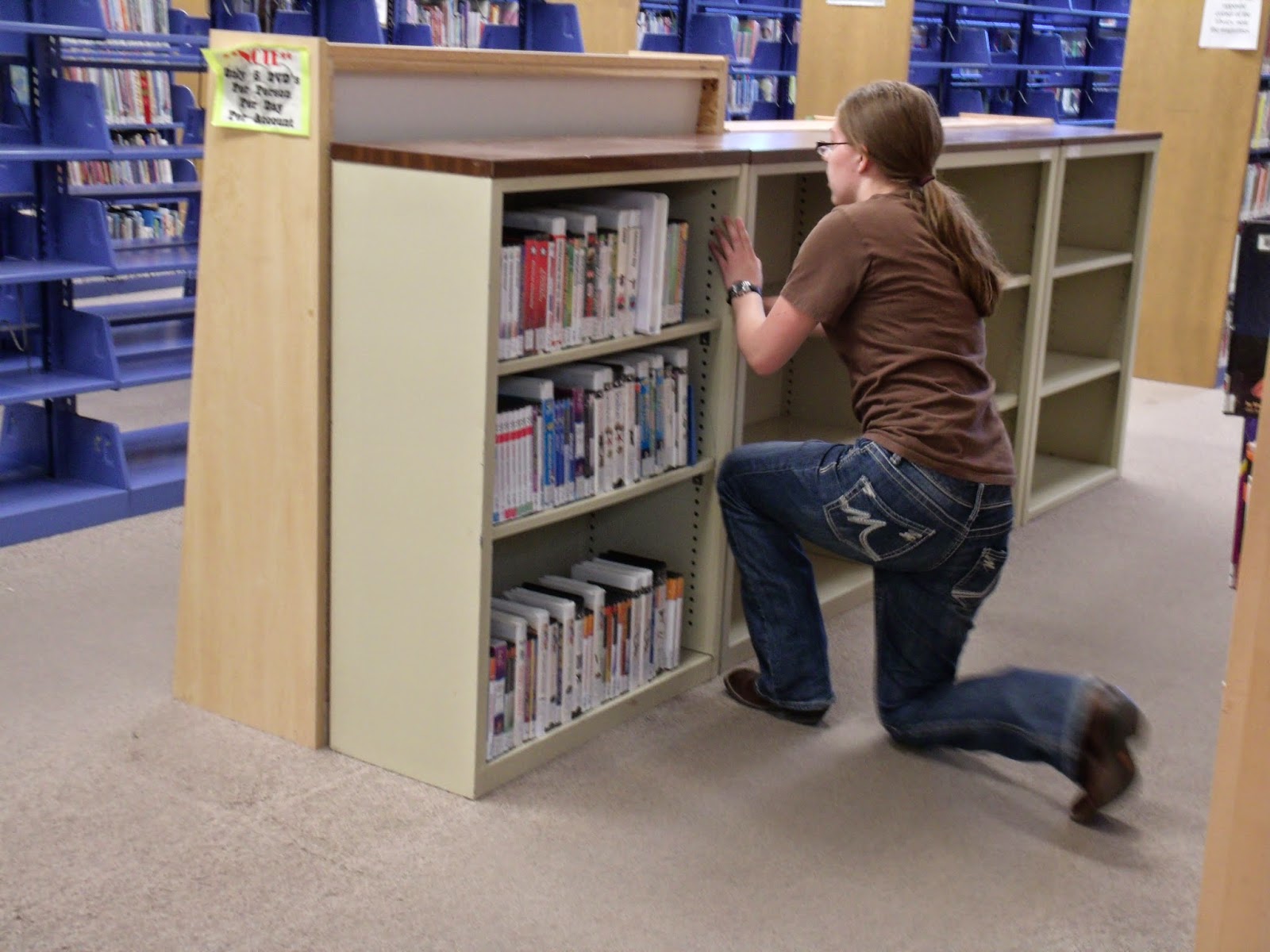 Of course, kids' books tend to be taller than adult books, and I was not about to adjust that many shelves. We decided to make a temporary display of tall books: 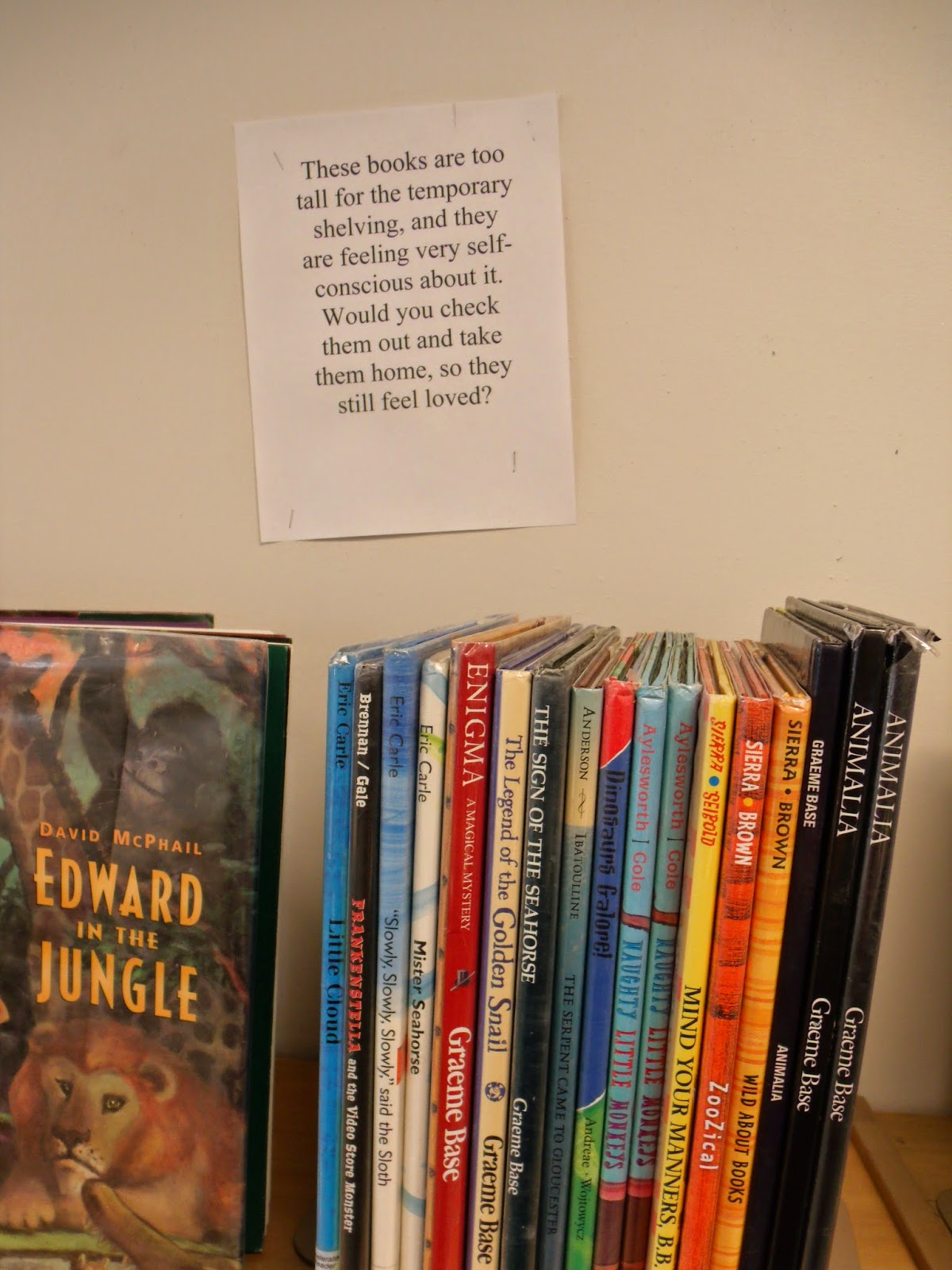 One of my very tall should-be-a-model mommies laughed and checked a bunch out!

The children's room got emptier... 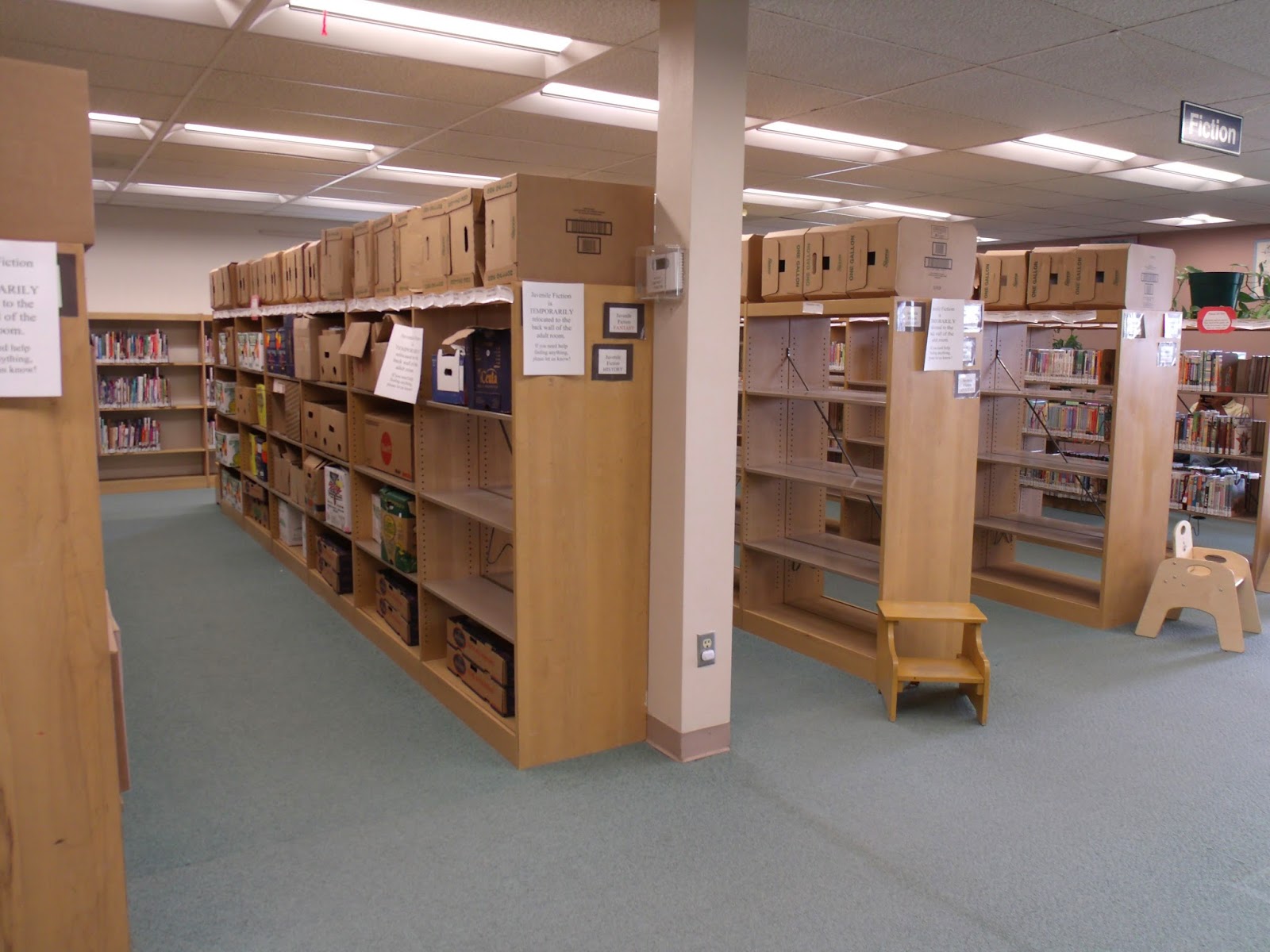 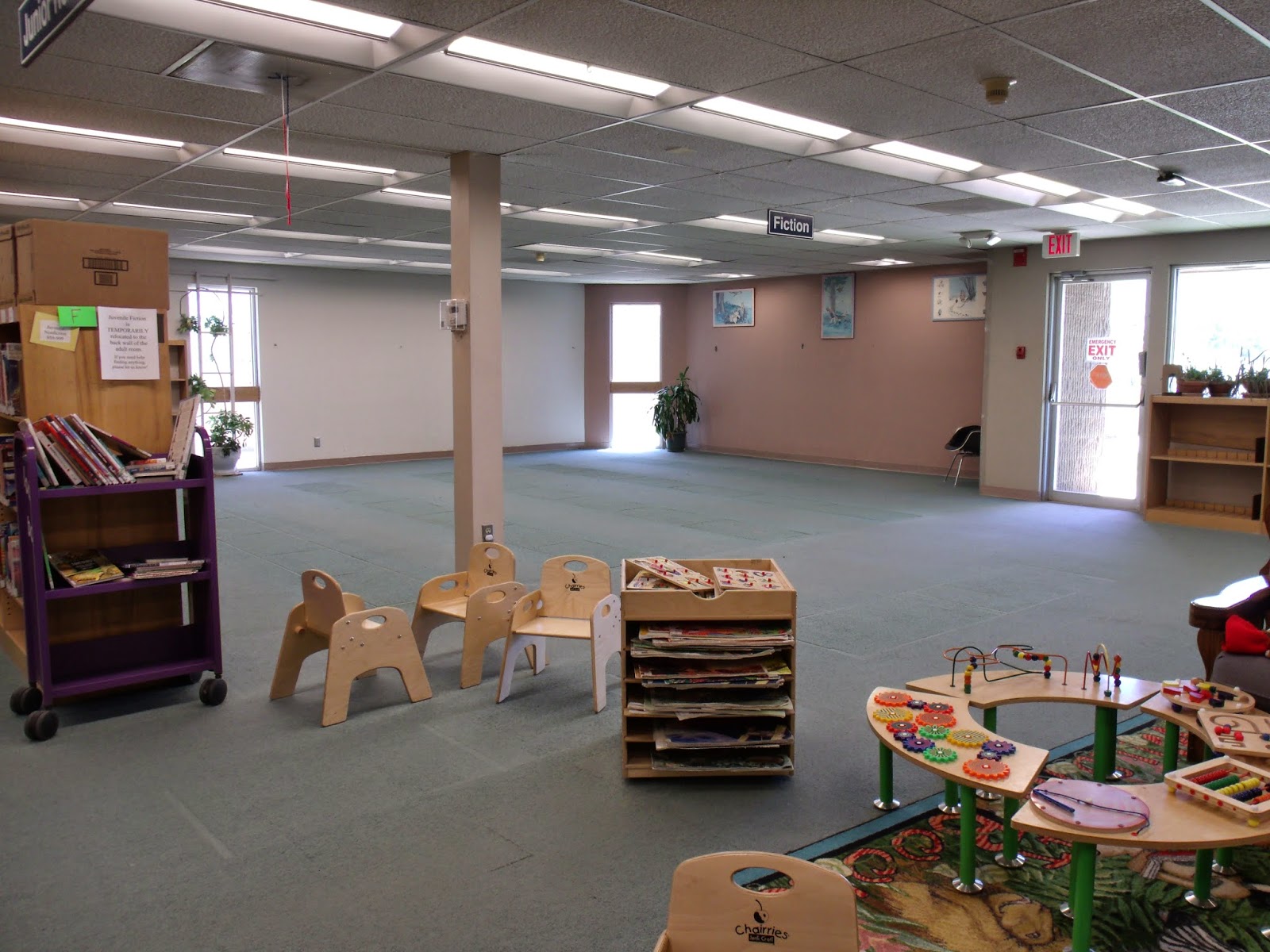 and the multipurpose room, where we were putting the shelving, got more... 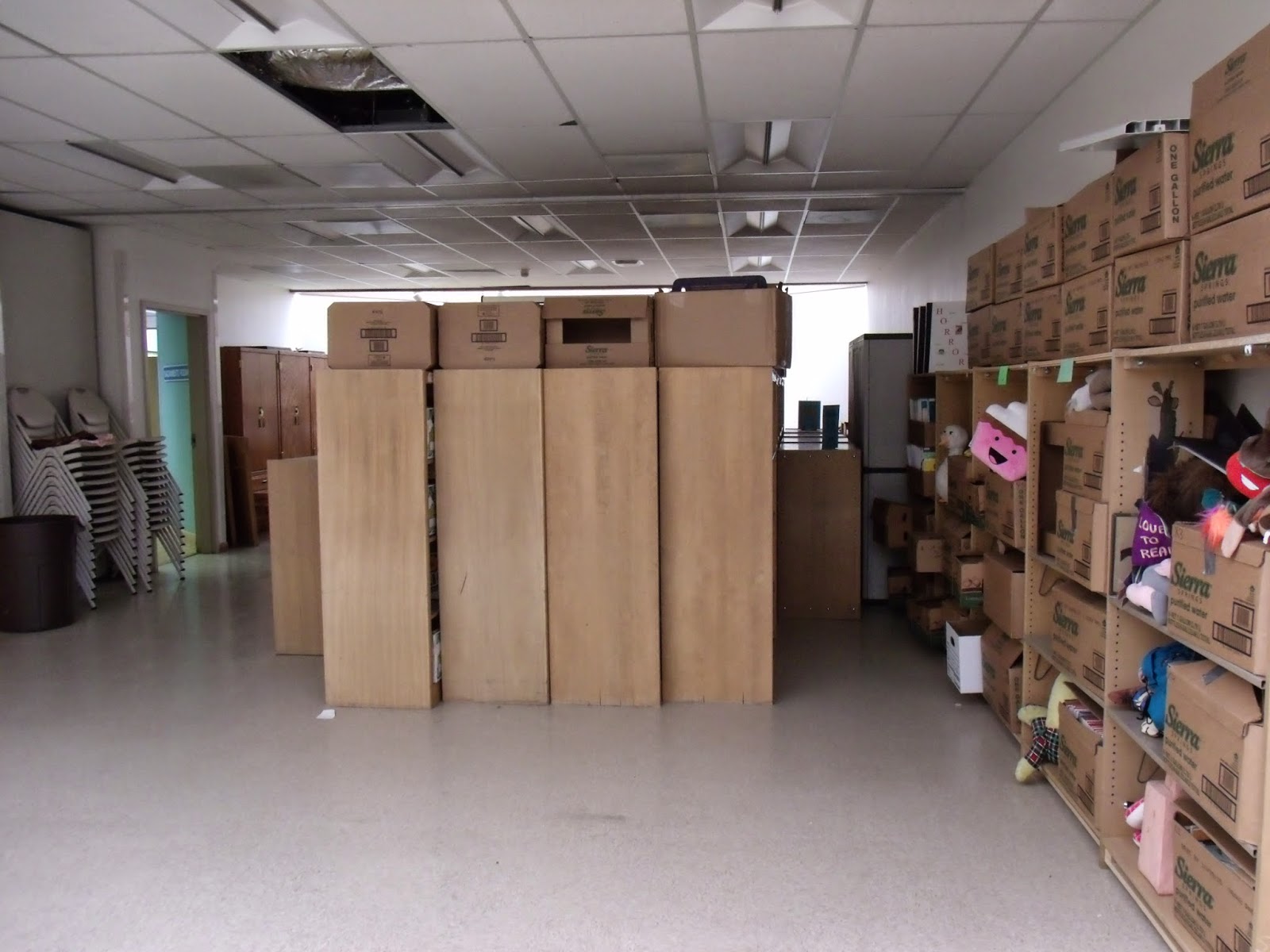 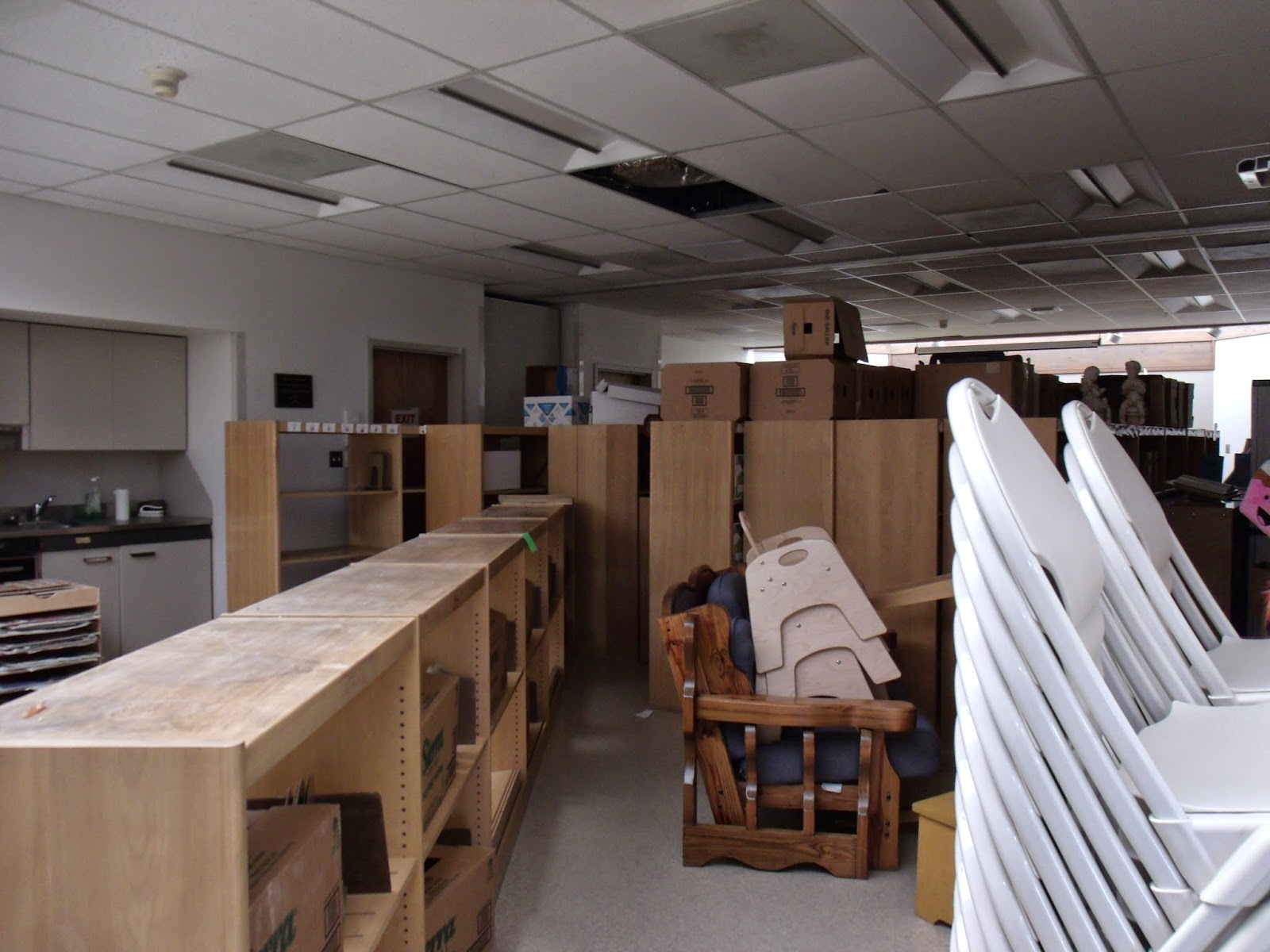 In the meantime, we still needed that room for a volunteer training, 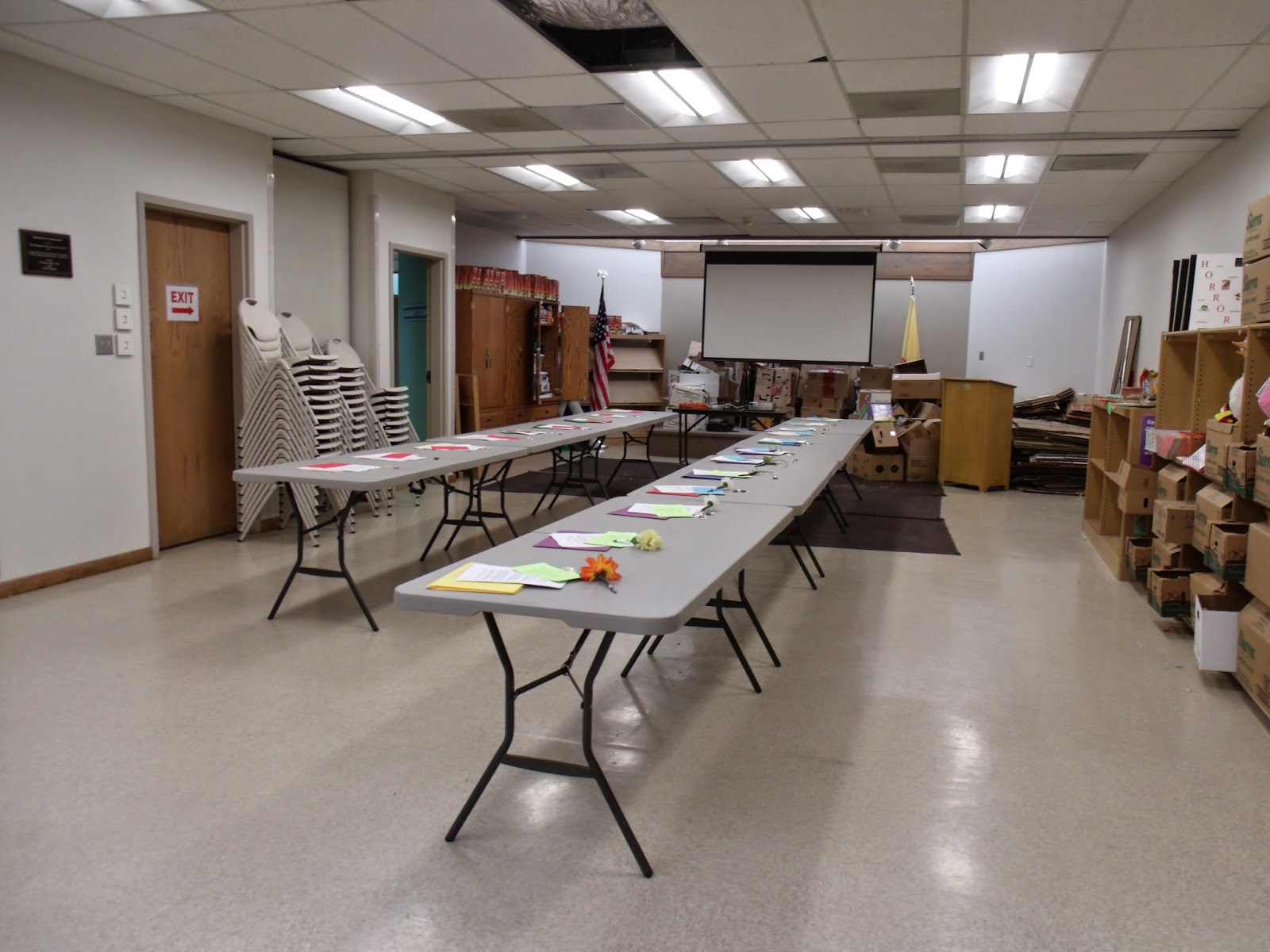 and an Explora program. 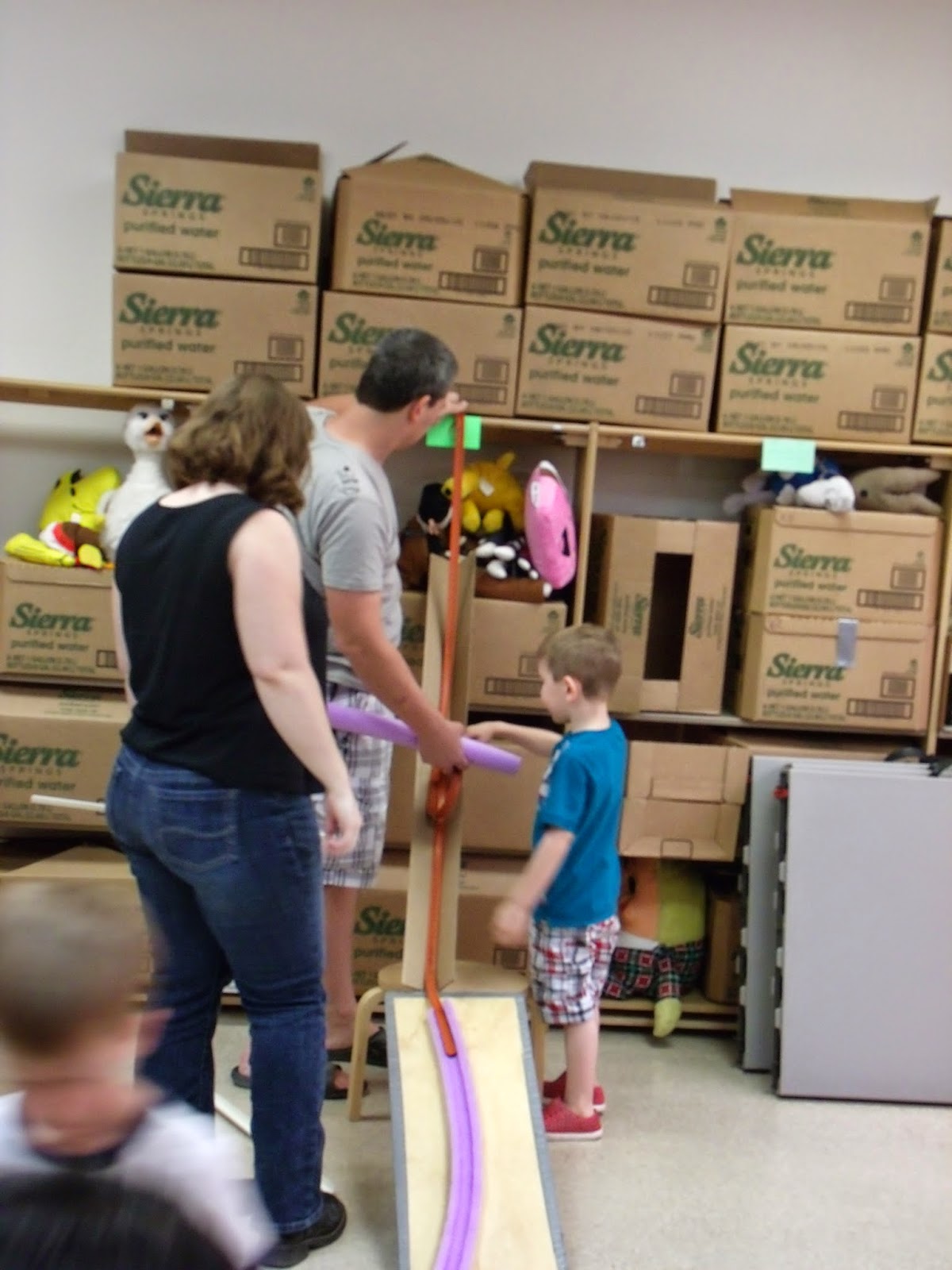 Oh, and at that exact moment in time? They finally came to finish the new lighting. 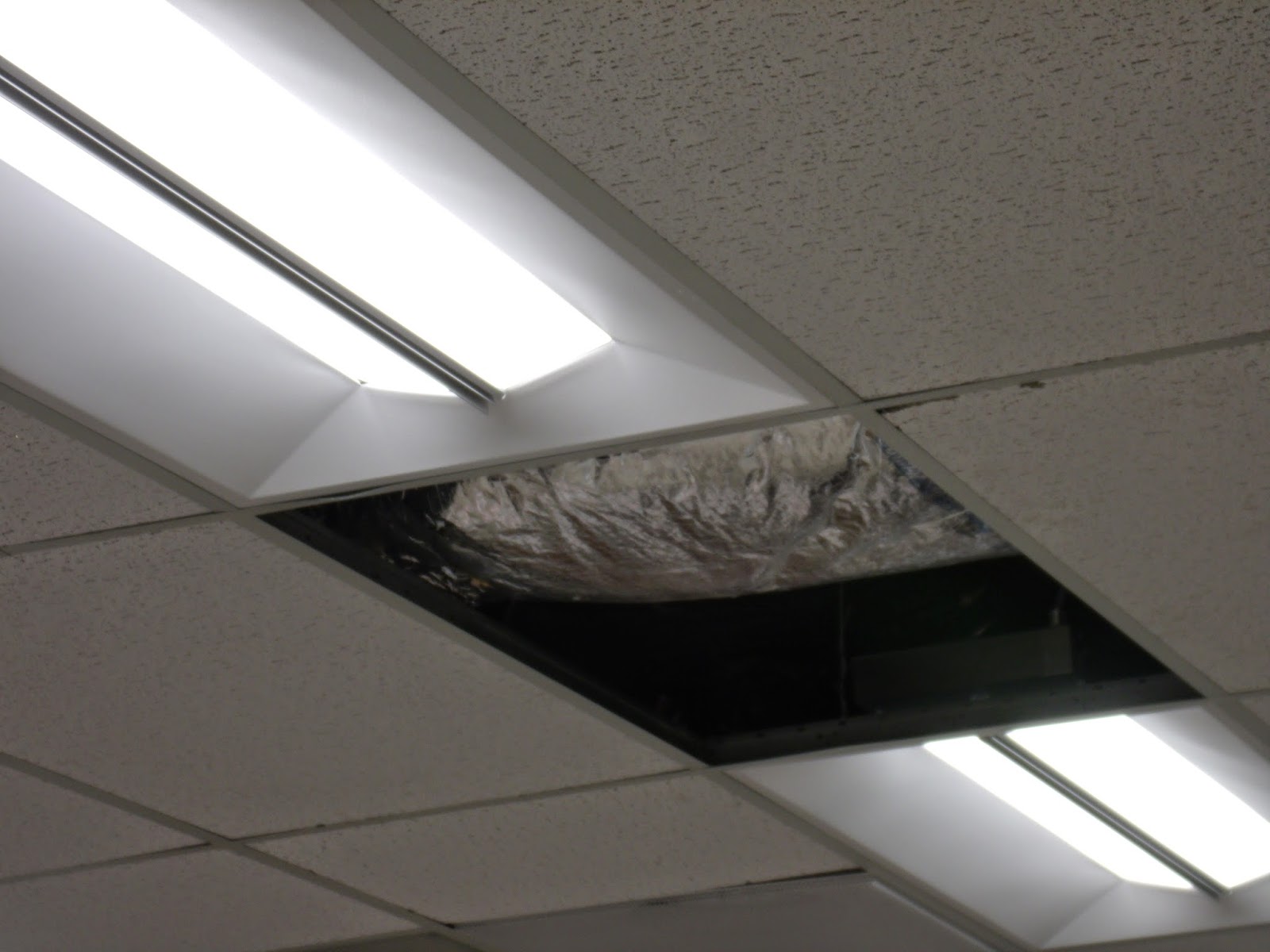 Because, when ELSE would they do that?

At the end, though: success! 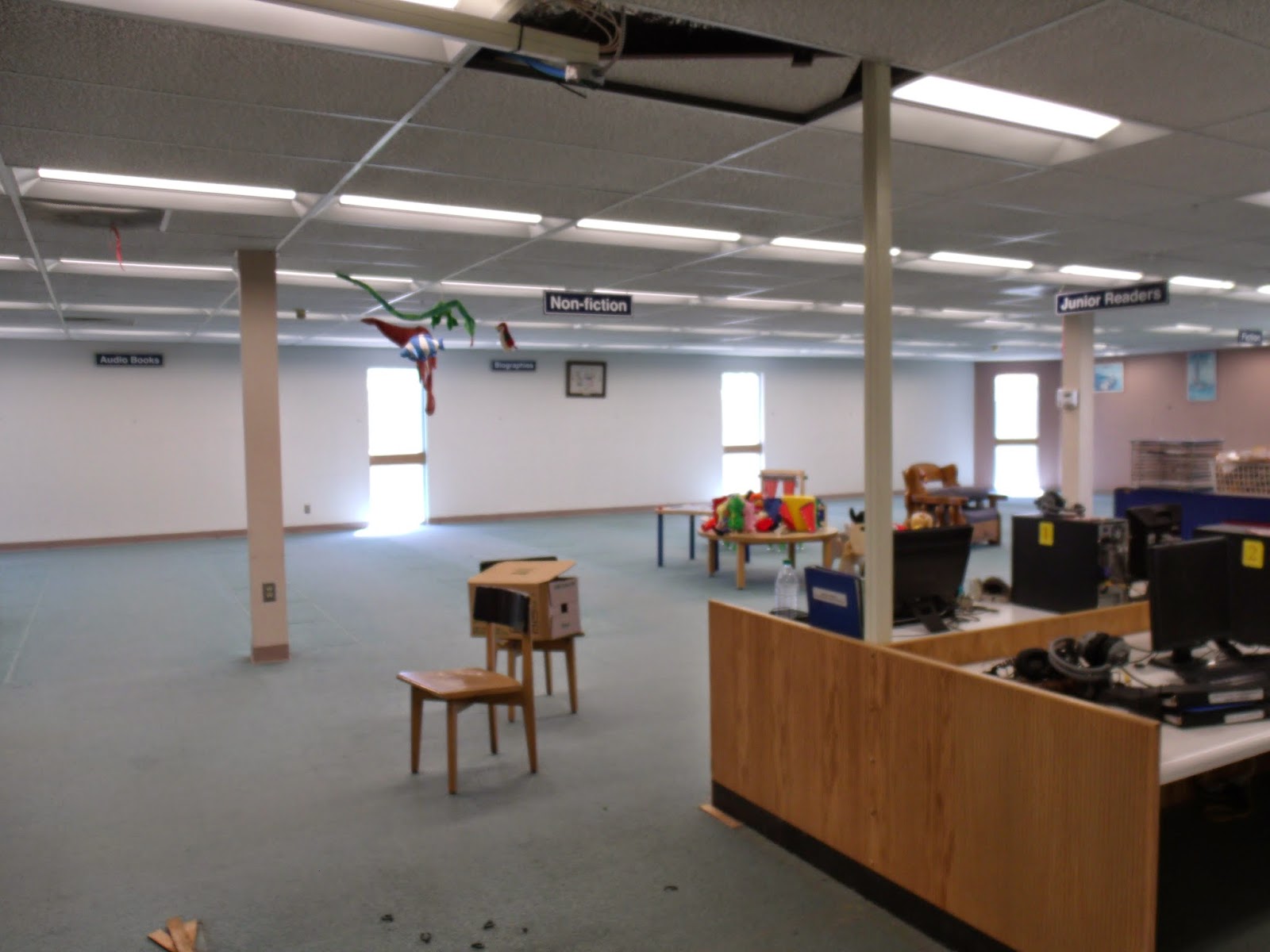 All the books not already boxed up were moved to the adult side, so they will stay accessible!

The shelving we couldn't fit into the meeting room, went to the adult side as well, where it is housing the plants, 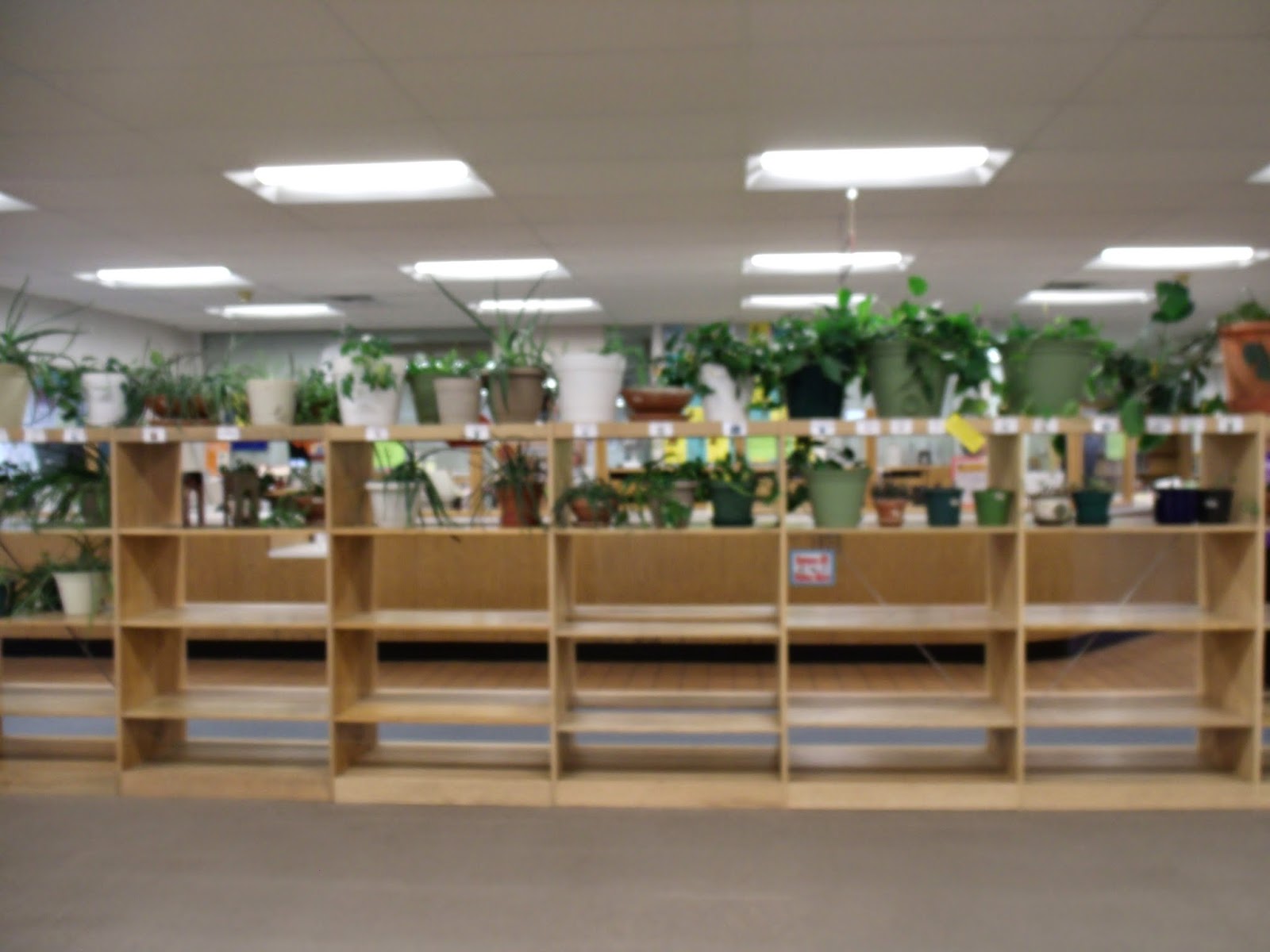 and any books that get checked in from collections that have been boxed up.

With the shelving moved, the wear in the carpet became even more apparent. 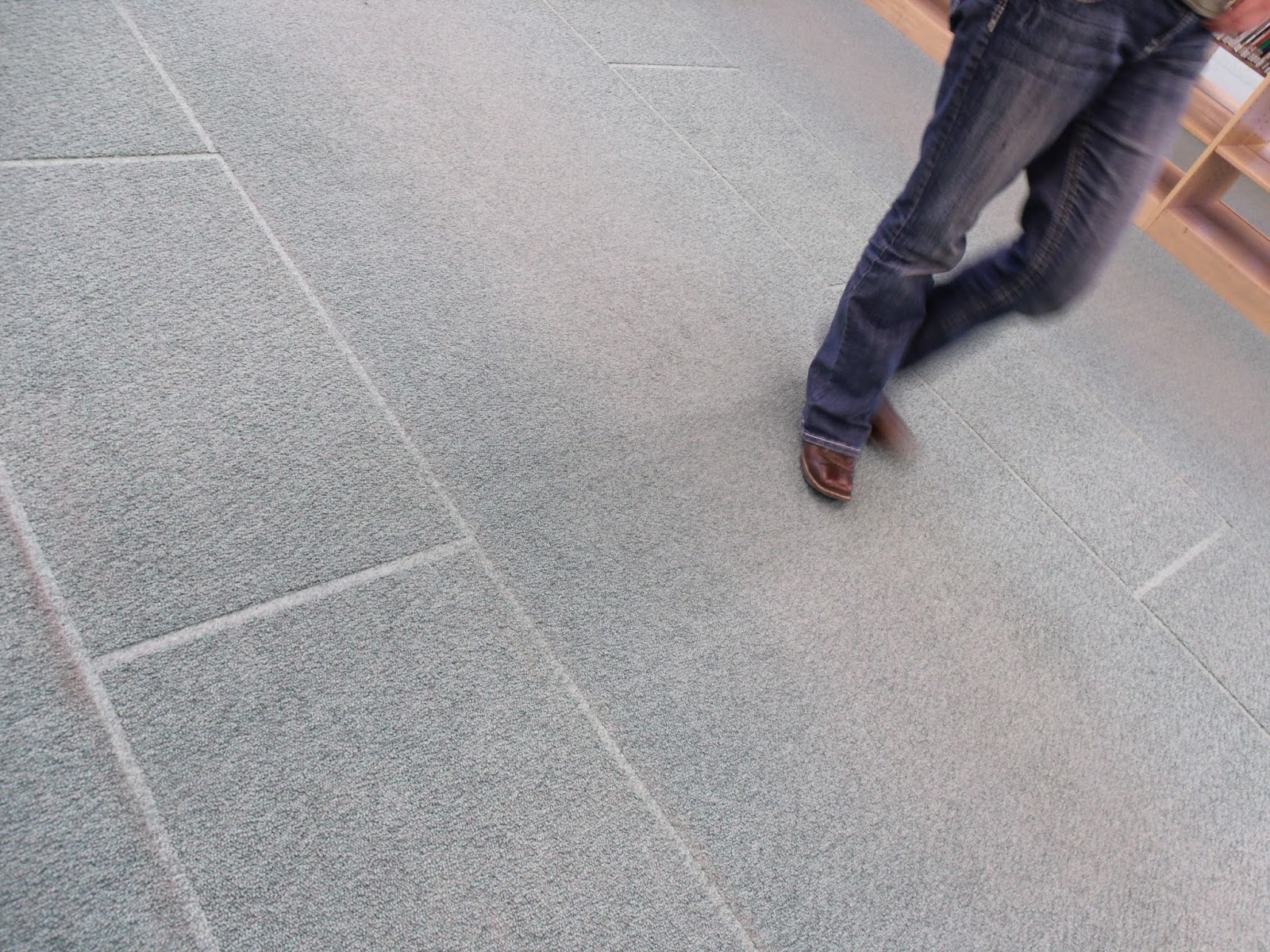 The computer desks were 'fun' to move, 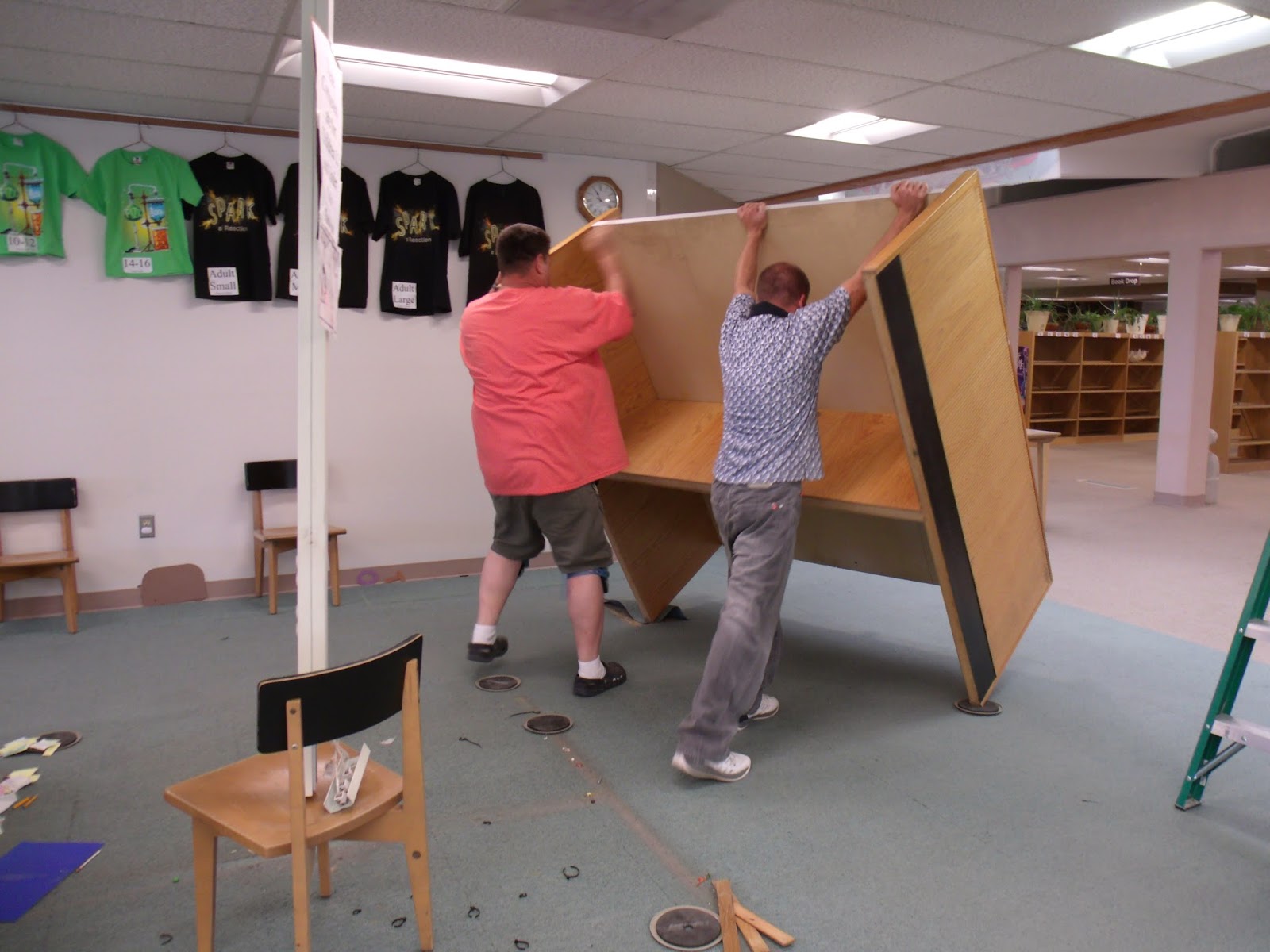 but they got the carpet removal started. 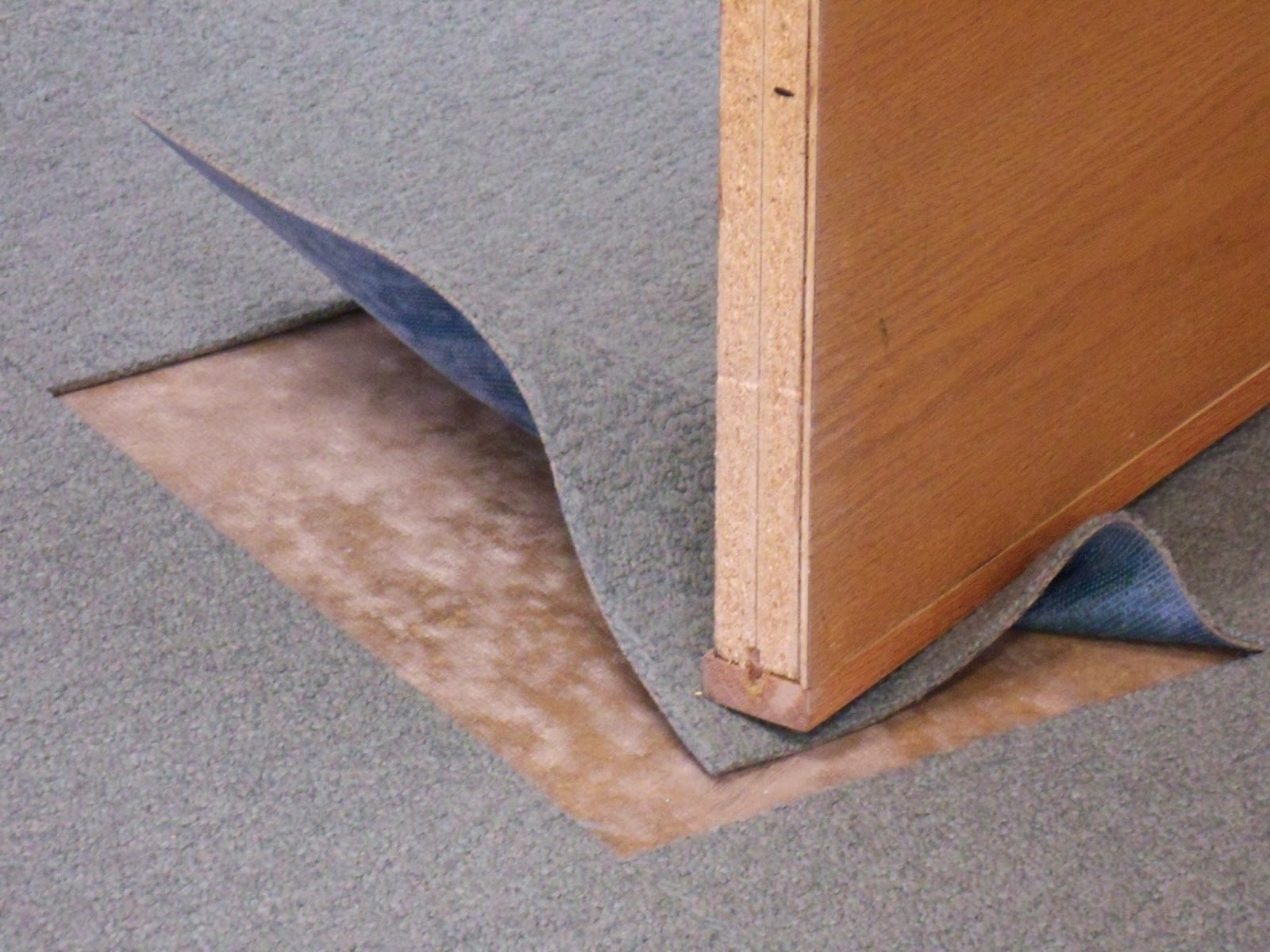 Yes, that's right, no padding was under that, just cement.

It's fun to see the odds and ends that have accumulated under and behind things: 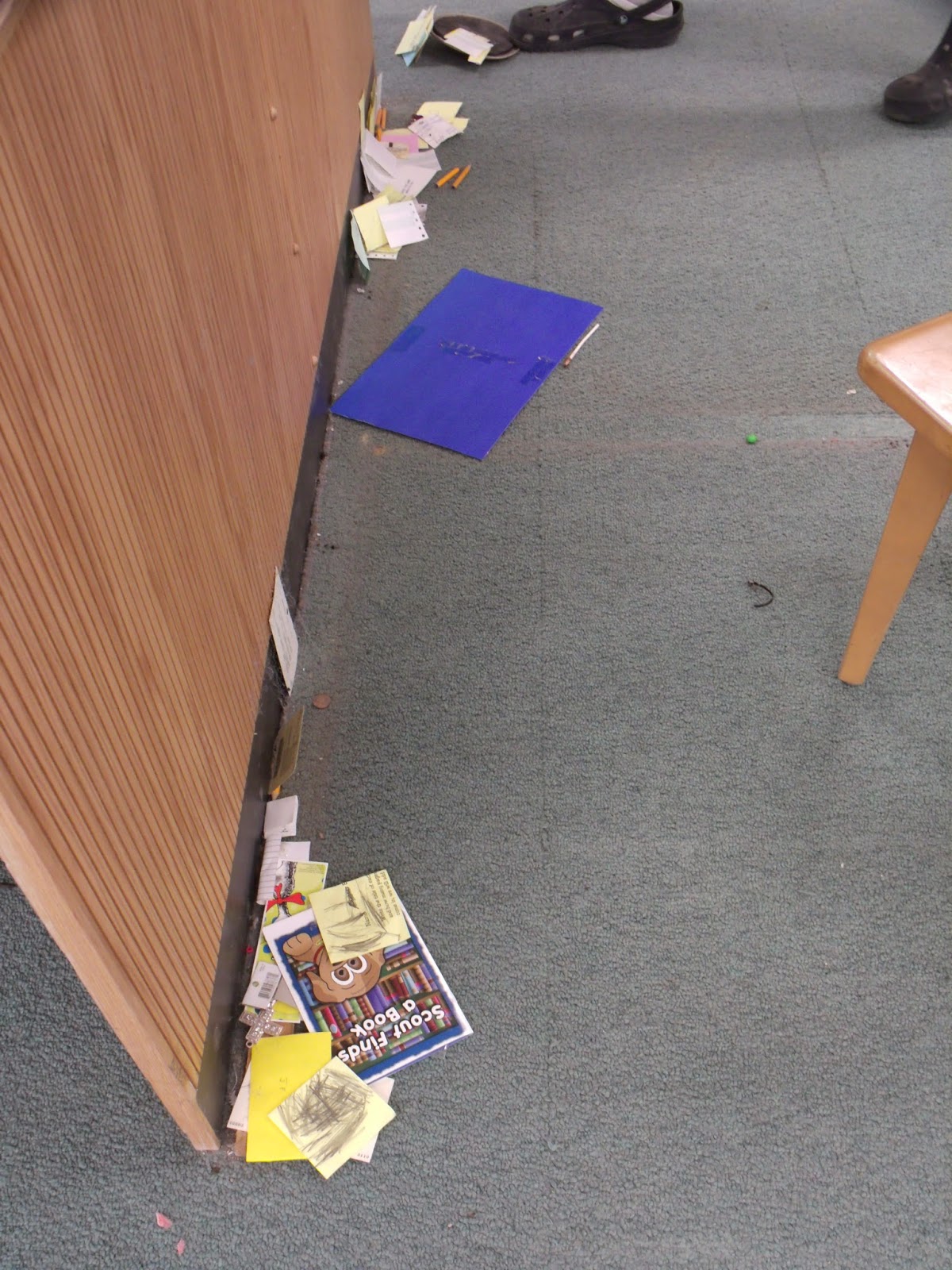 I'll assume the used Q-tips were used to clean keyboards. 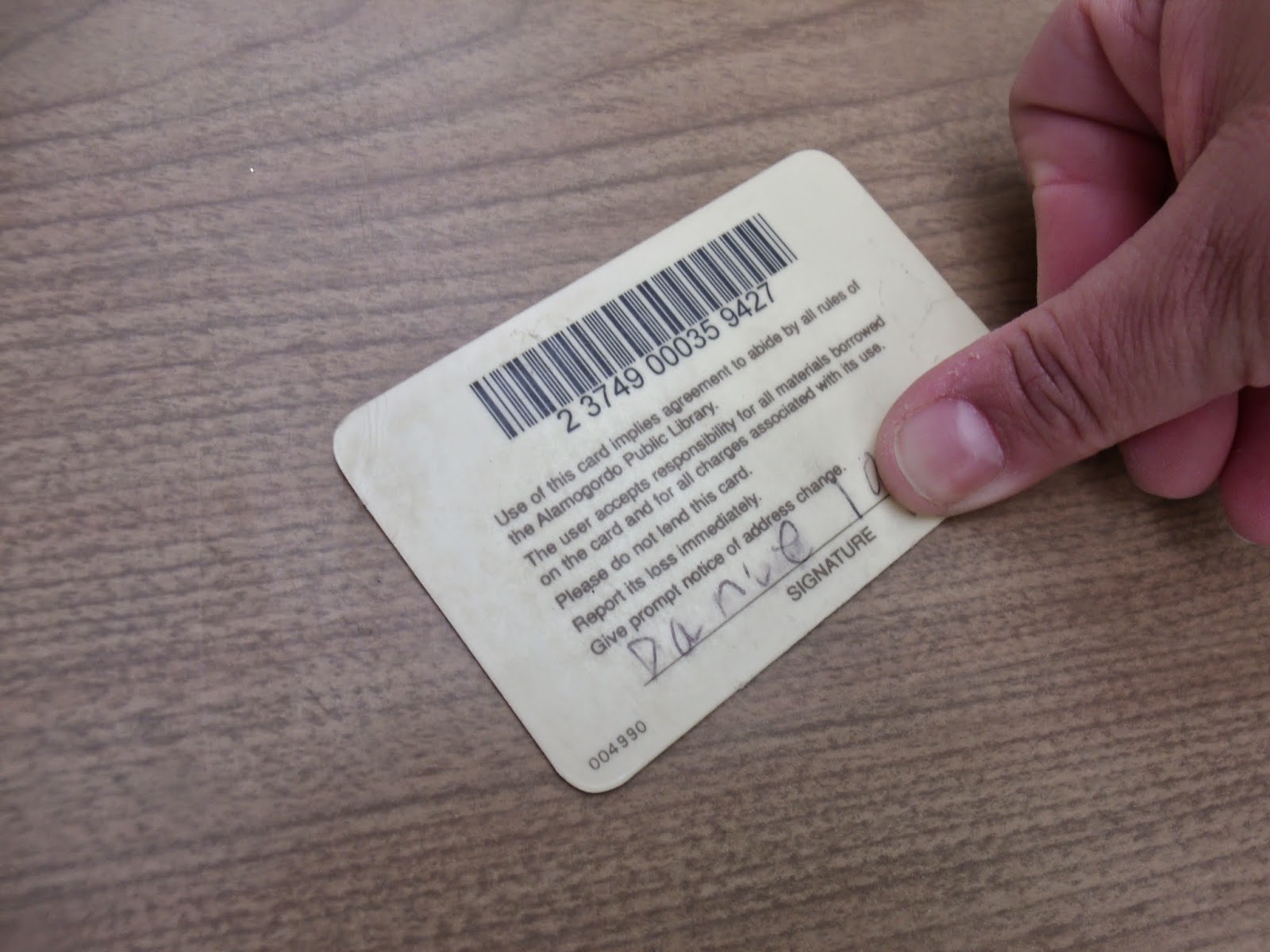 This young man is in his twenties now. Wonder if he has noticed his card was missing? 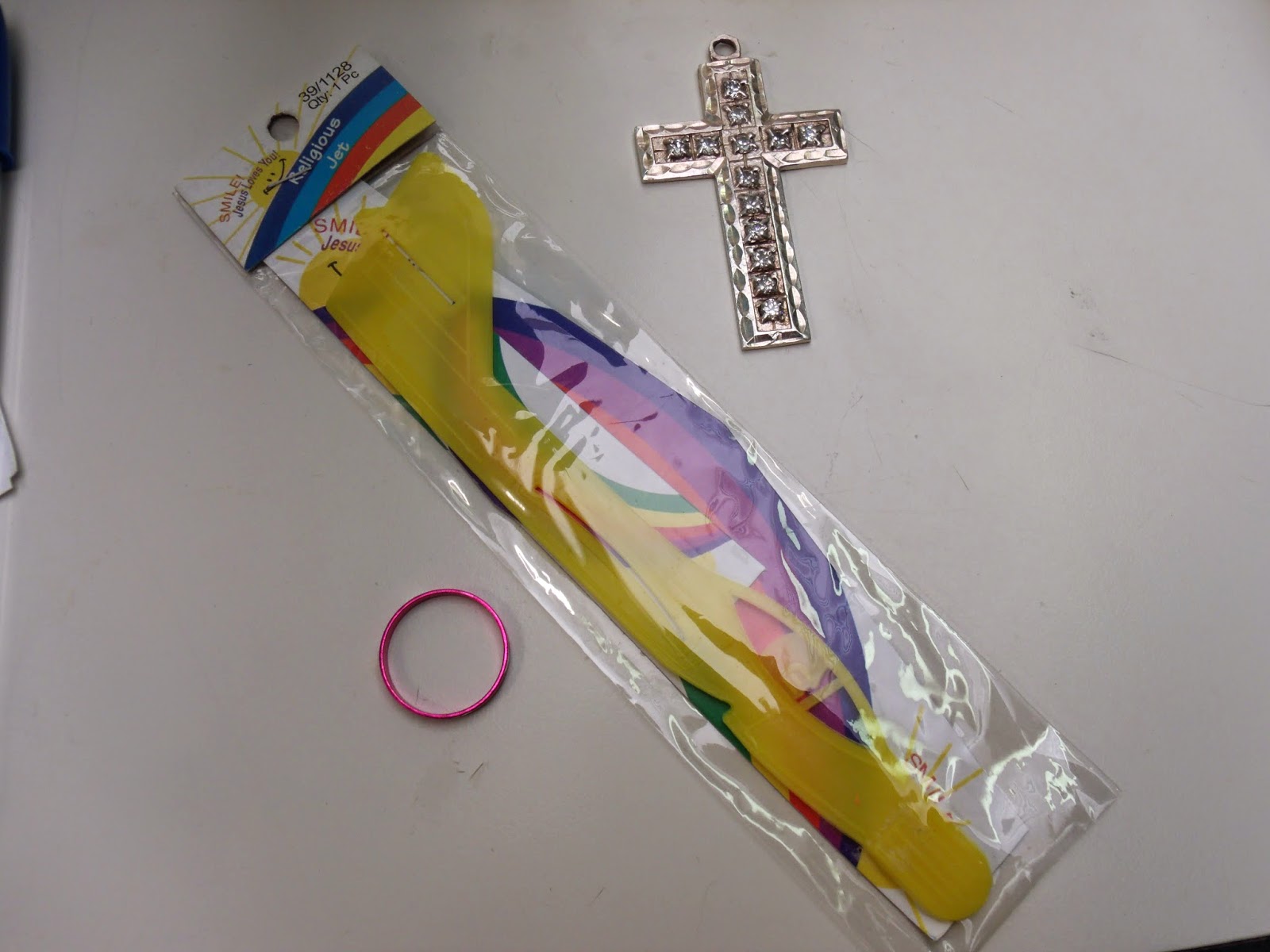 Items for the prize box?

Next puzzle: the Children's desk, which is 12' x 8', cemented together out of various pieces parts of furniture over the year, and in a wobbly u-shape. I think a match and lighter fluid would move it along quite nicely, but nobody ever wants to listen to my suggestions.

Email ThisBlogThis!Share to TwitterShare to FacebookShare to Pinterest
Labels: At the Library, new carpet