Library Re-carpeting Part 4: Brother, Can You Spare a Box?

The Children's Room is pretty much cleared out, now. There are a few chairs and toys, and LOTS of open space. Amazing how much room there is once you get rid of all those pesky books! The old carpet is scheduled to be ripped out Monday, but (with permission) we have already taken several squares out... 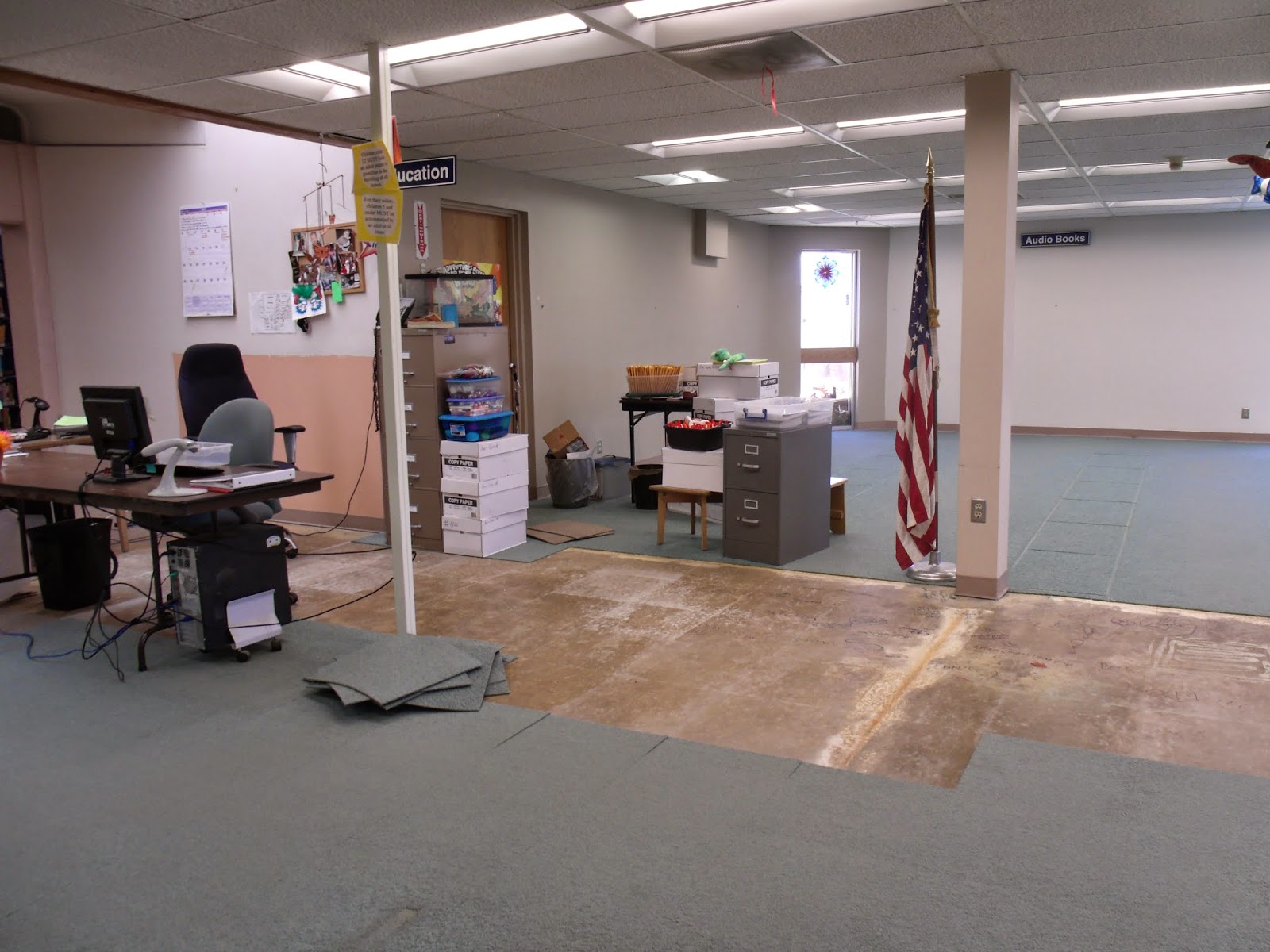 so kids (and adults!) can write their names! 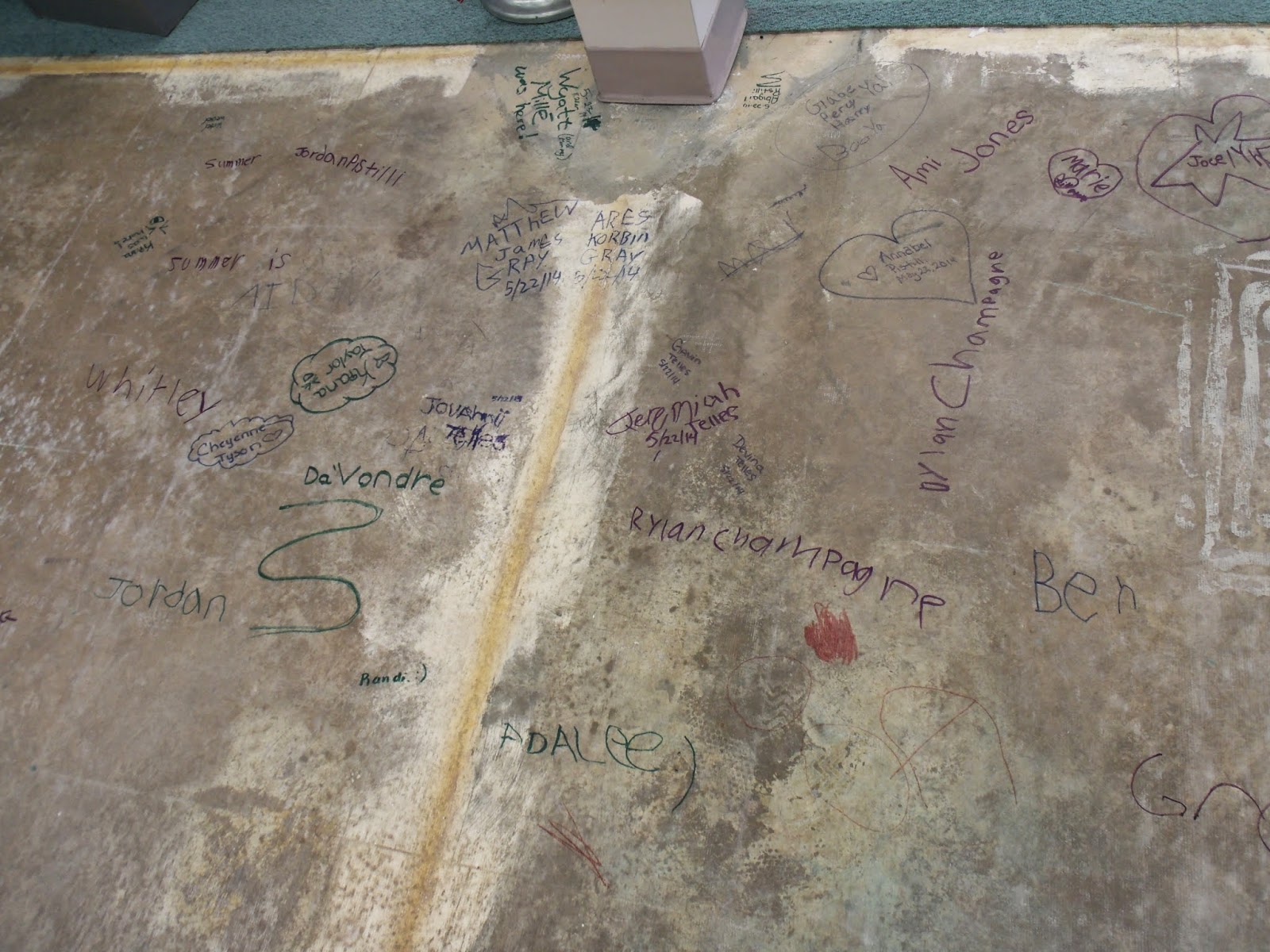 Many have paced off the location of their signature, so that in thirty years they can show their kids exactly where their name is immortalized.

Now it's time for the adult side! The idea is to box up things that aren't used very often, first. The problem with that is, everything gets used! We have been so cramped for space, we have done a lot of weeding, so no matter what we do, some patrons will be inconvenienced - temporarily!

The library has been filled with the sounds of ripping tape - remember all those boxes we had broken down and stacked up? 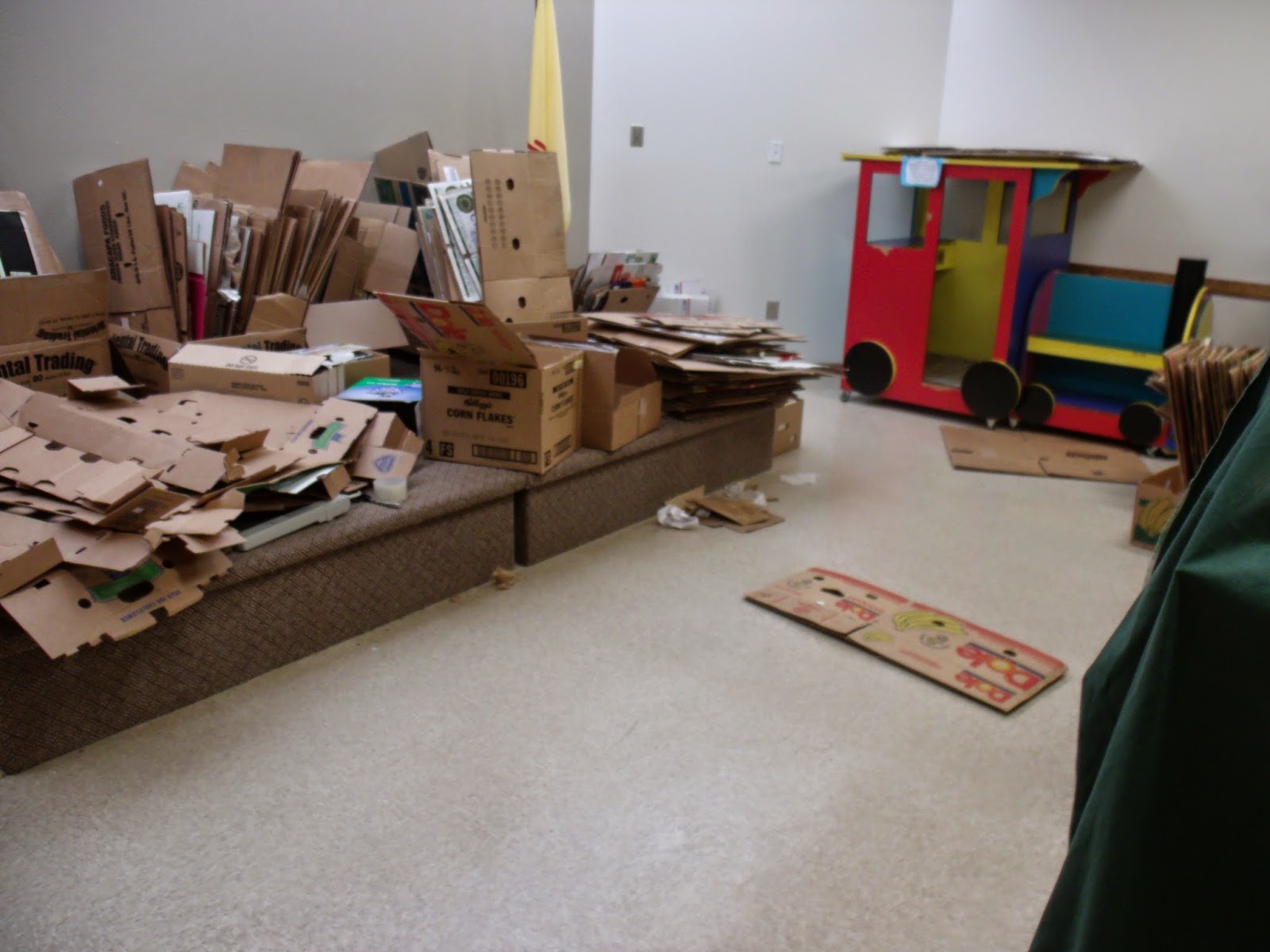 Those piles are disappearing quickly, as they are put back together and filled with books.

Those boxes of books (carefully labelled) are appearing down every aisle, 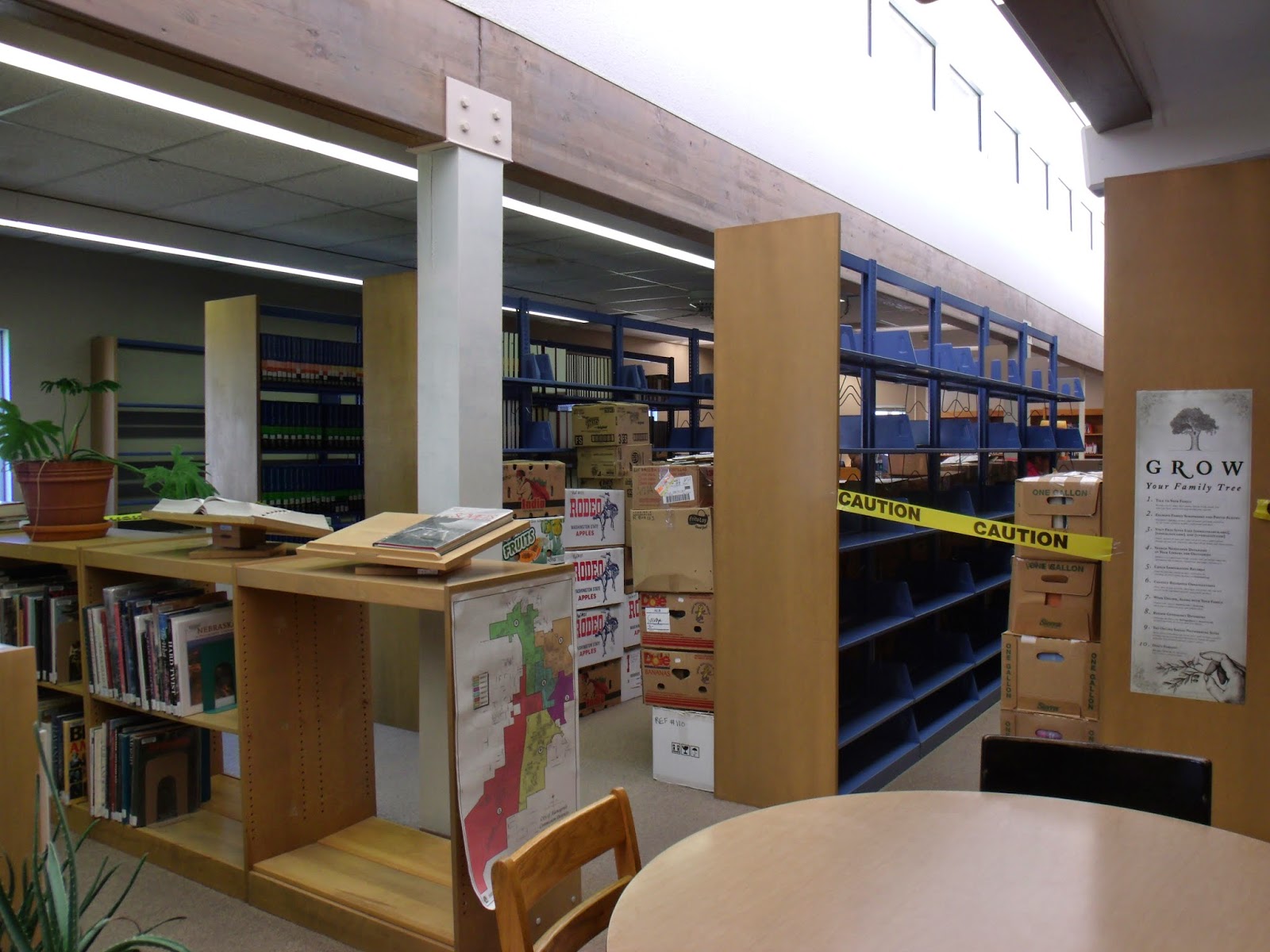 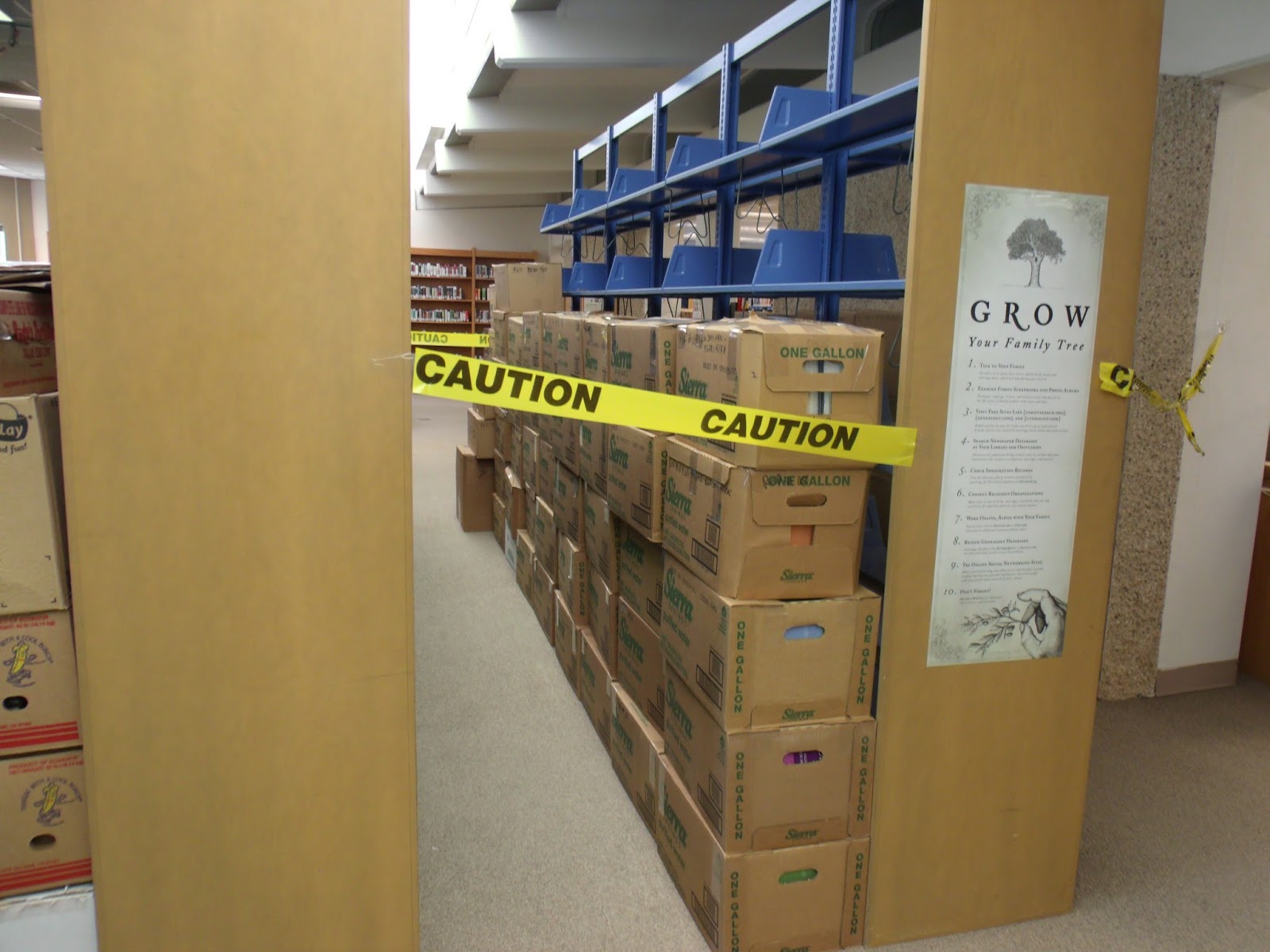 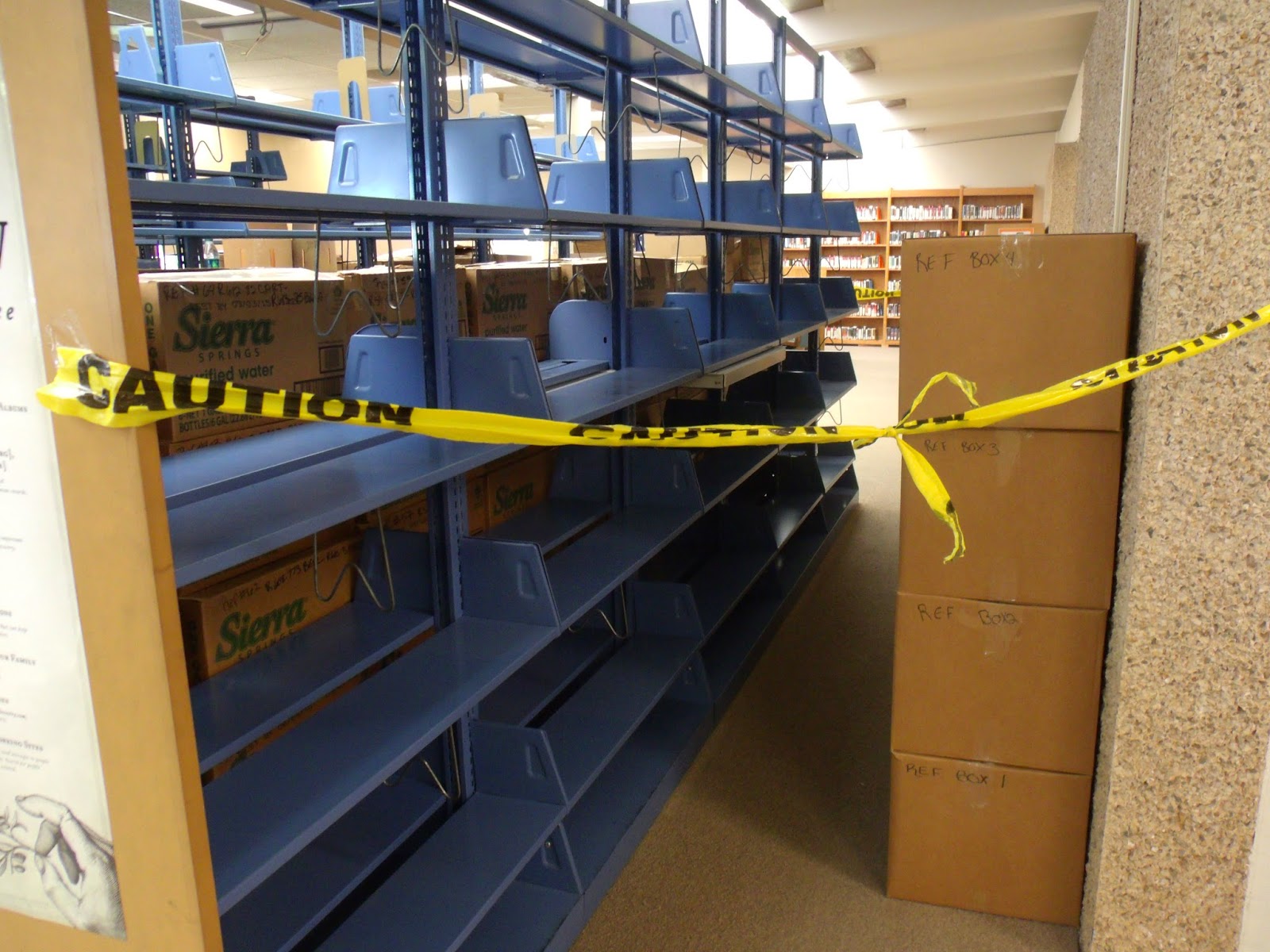 and around every corner. 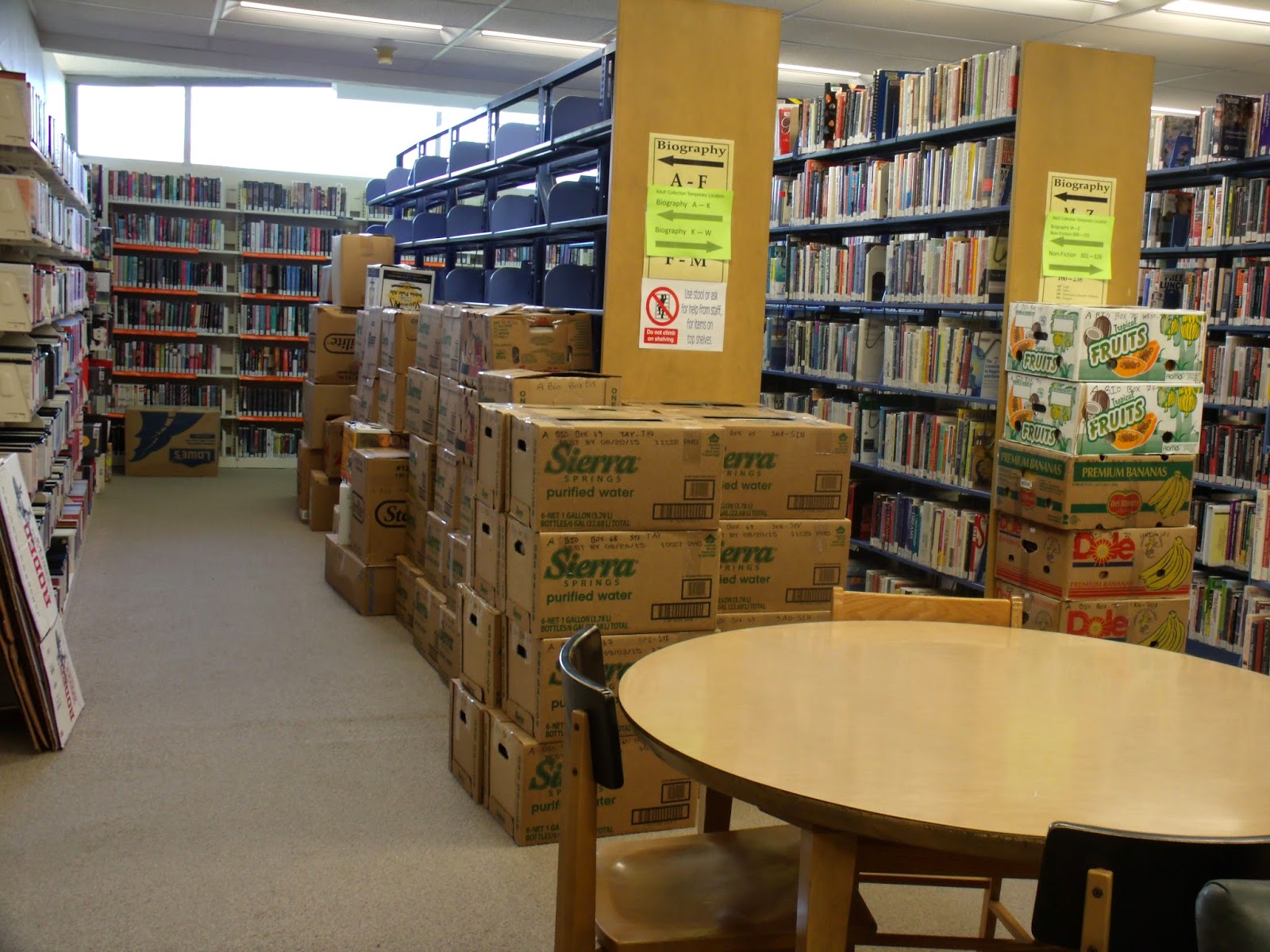 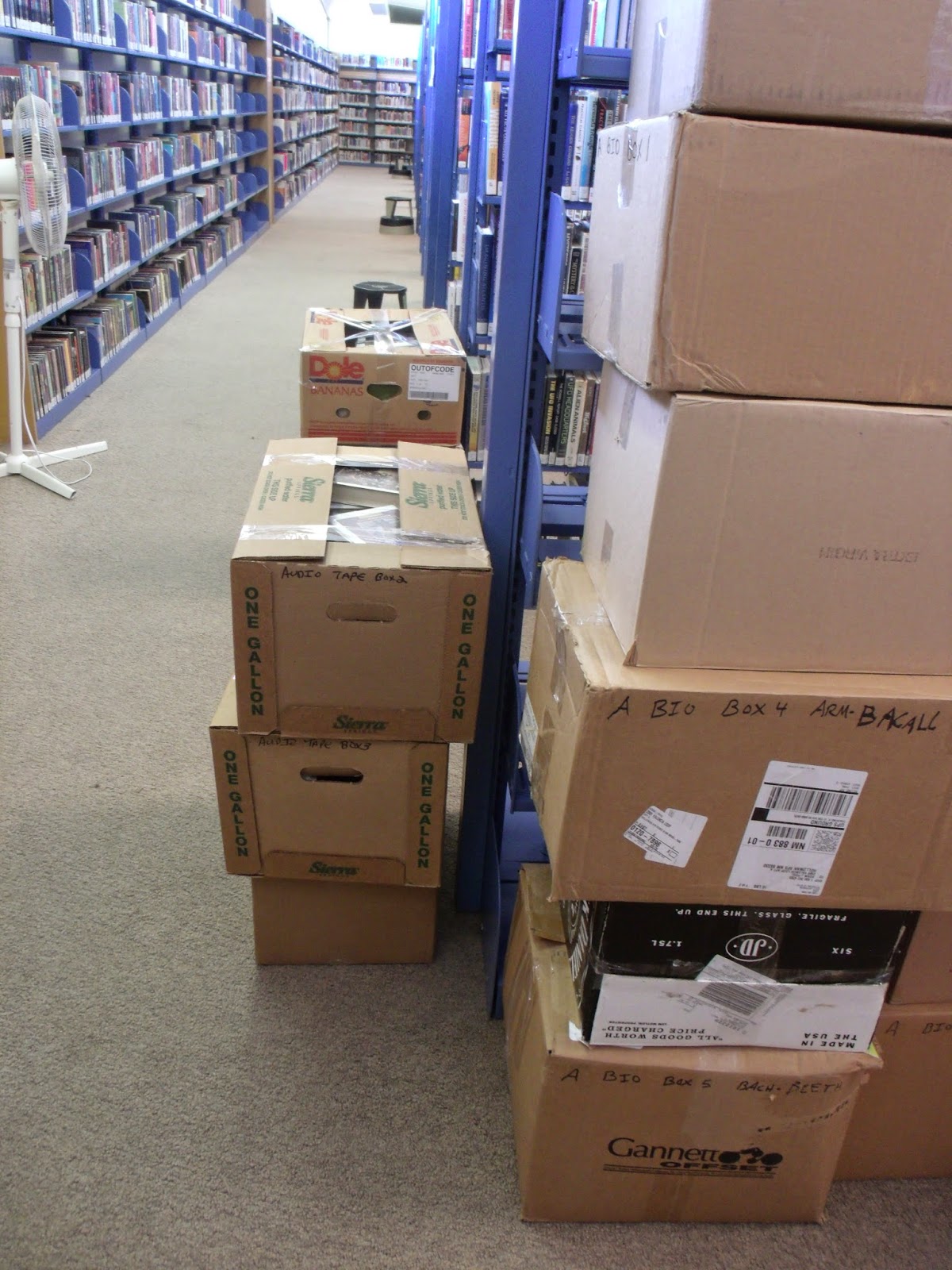 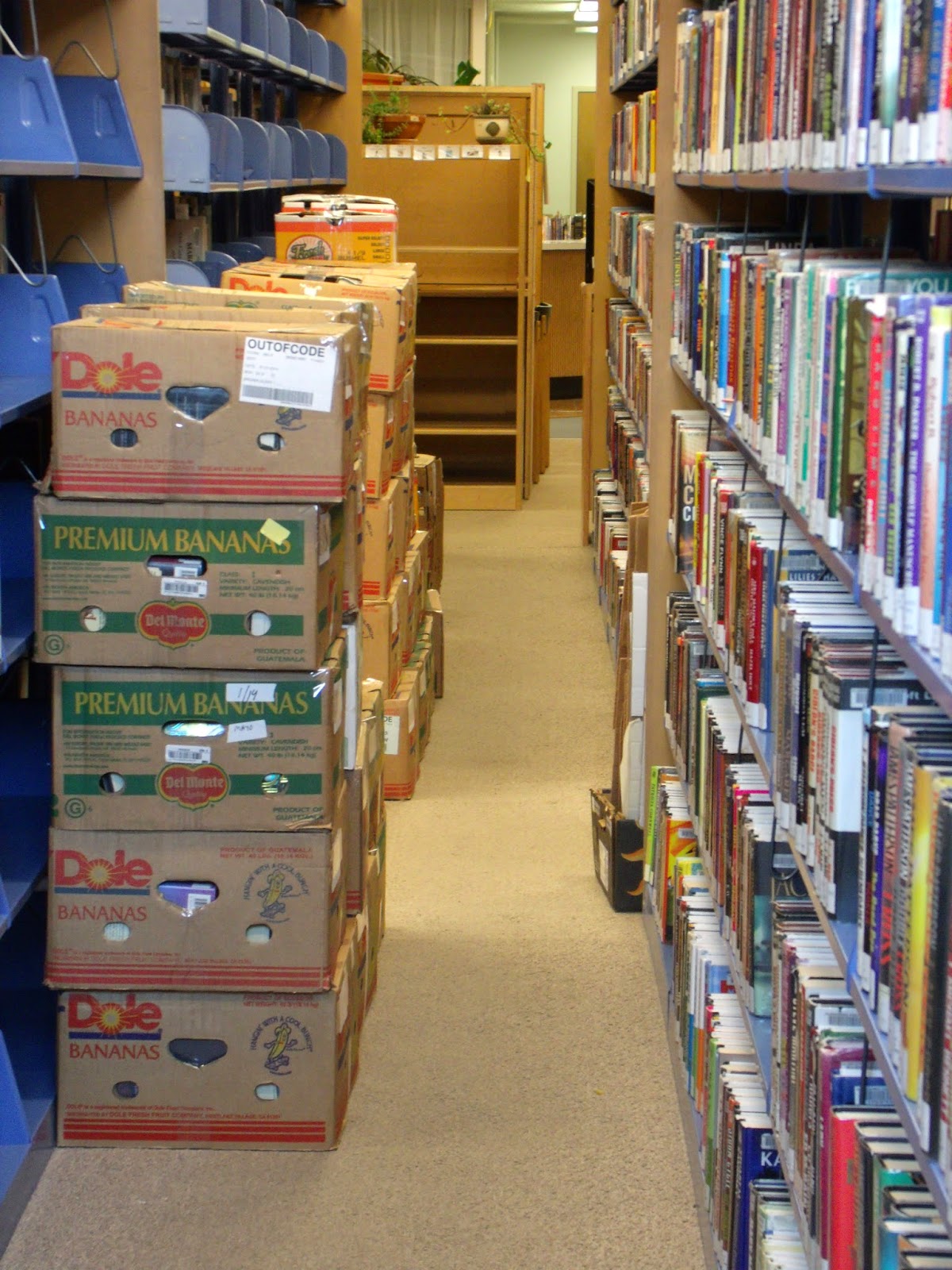 Clearly, there was not going to be enough room to stack all the boxes AND the shelving, while still keeping the library open - because, yes, folks, we are going to try to do this whole thing without closing! The multipurpose room is already full of children's room furniture: 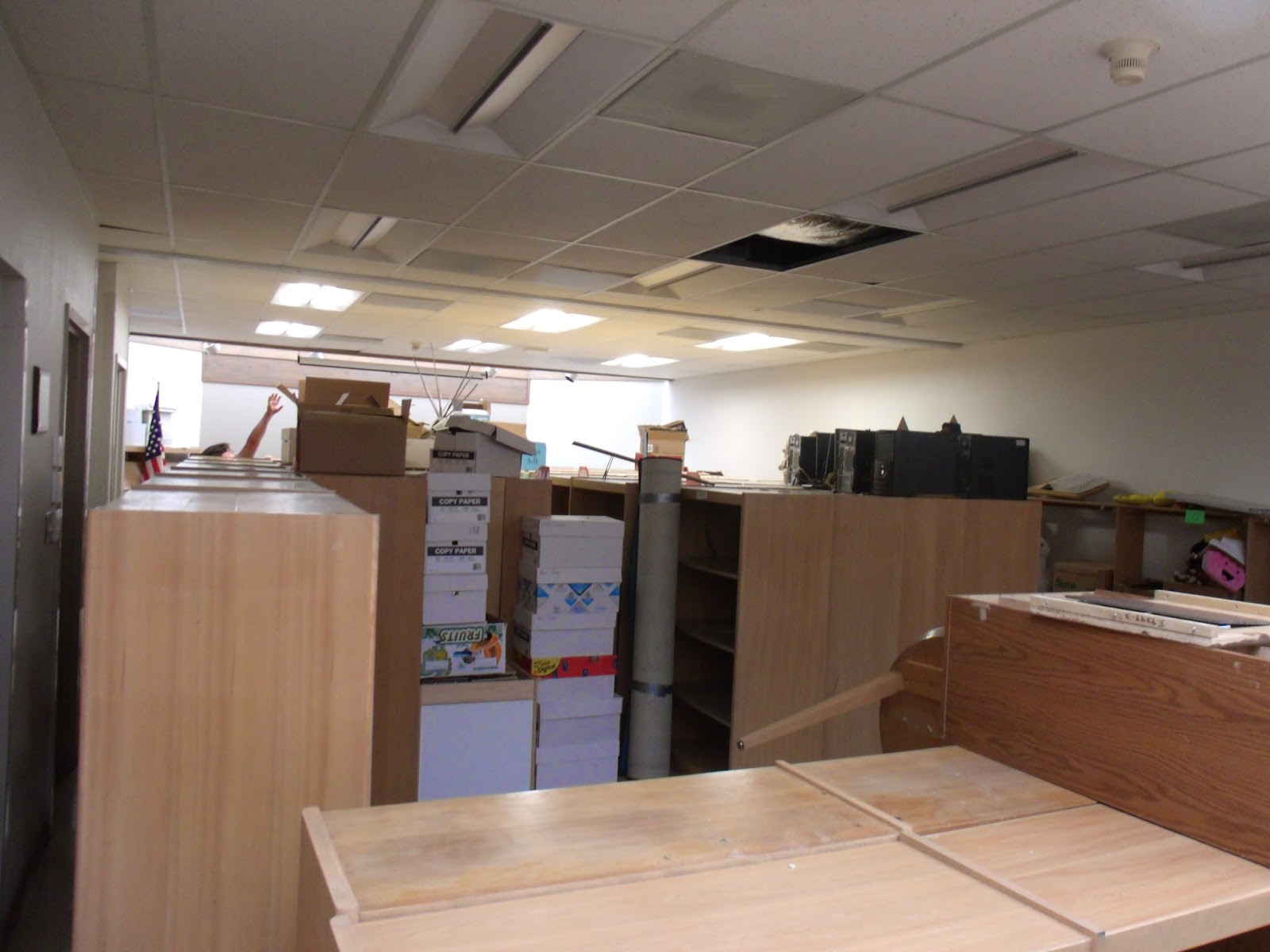 so we weren't going to fit much more in there. 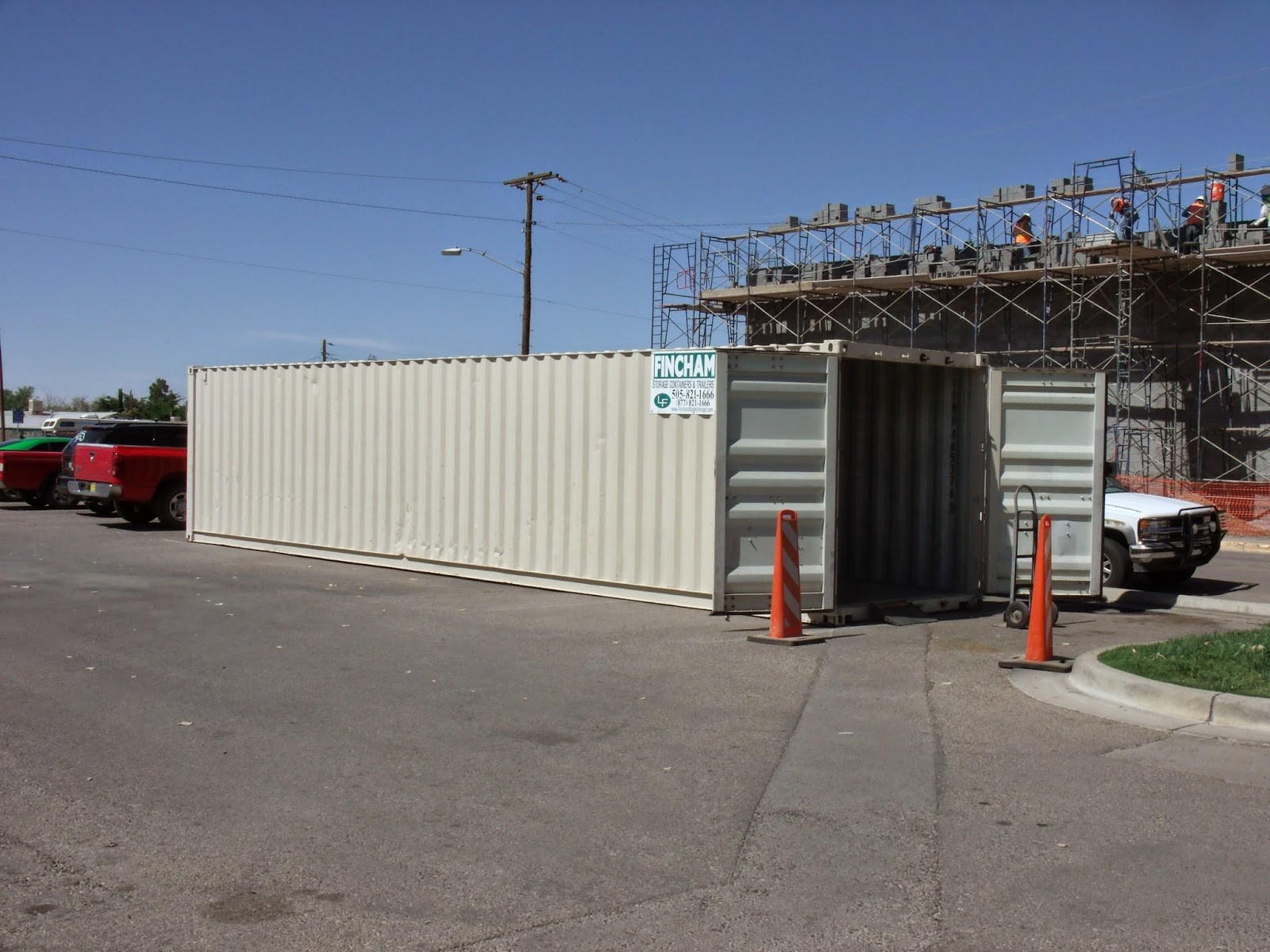 Within minutes of it being placed, staff and volunteers began wheeling boxes of books out by the dolly-full. This had the added benefit of giving the workers across the street something to watch:

Only fair, since we have been watching them (and taking pictures) for a couple months, now. 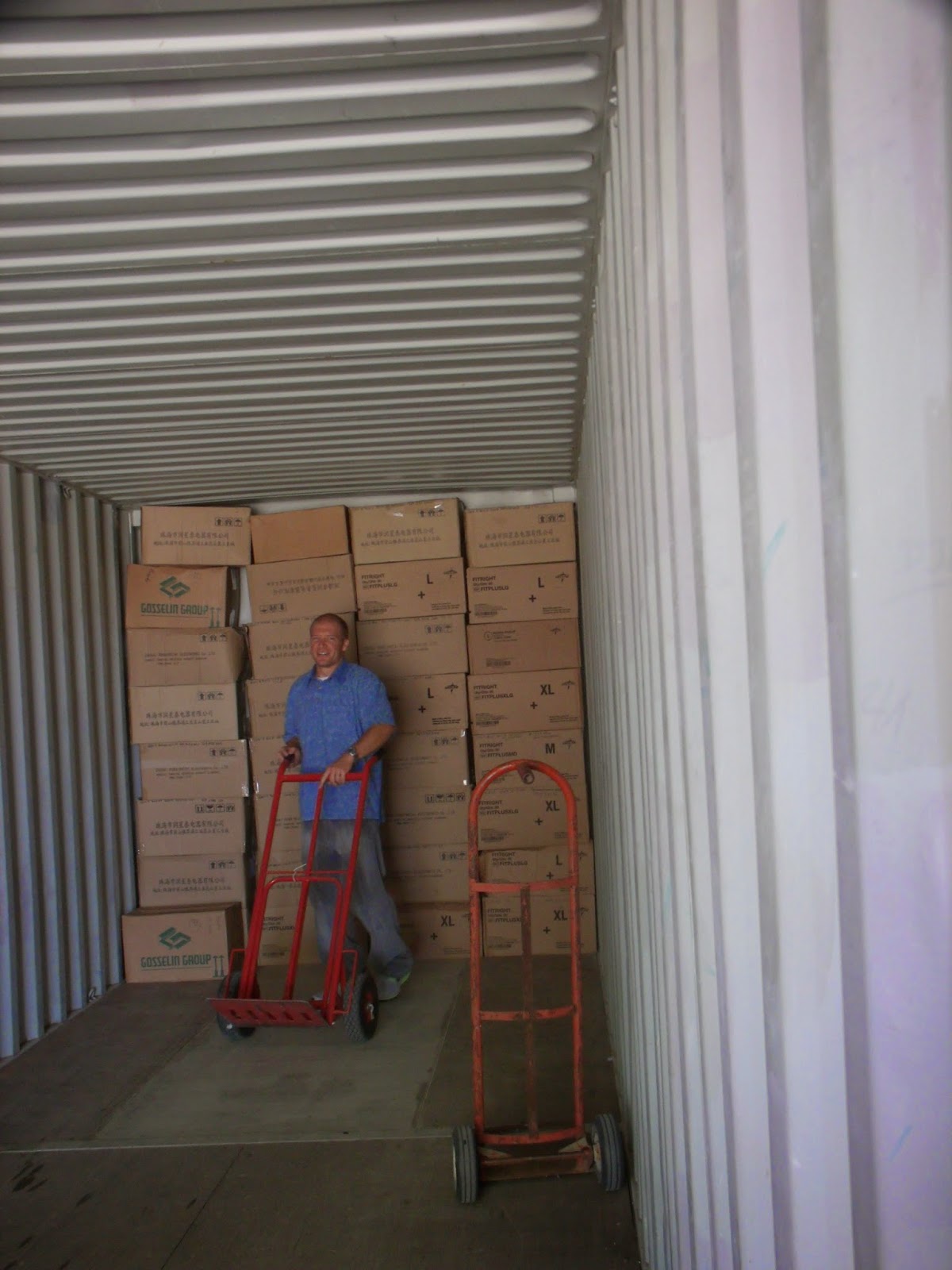 Email ThisBlogThis!Share to TwitterShare to FacebookShare to Pinterest
Labels: At the Library, new carpet