This was originally billed as Peeps Science, but it turned into Spring in general - because you can only do so much with Peeps and babies!

And, because I had a special request for rainbow spaghetti, which I was all too happy to fulfill: 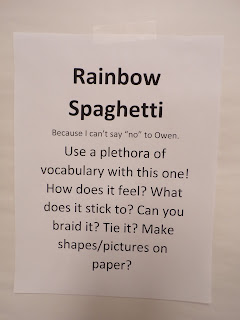 I just use plain old food coloring after cooking the noodles al dente. I toss it with a couple forks to mix, but once it has 'set' the colors don't bleed much. 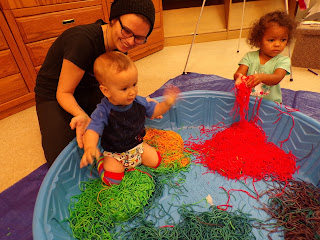 So squishy! (Both the baby and the 'sghetti!) 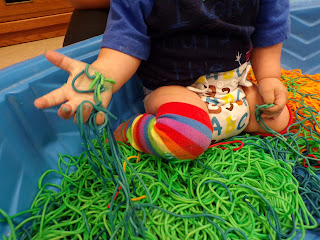 Spring here in southern NM means wind, and lots of it!


It was hard to get pictures that weren't blurry! 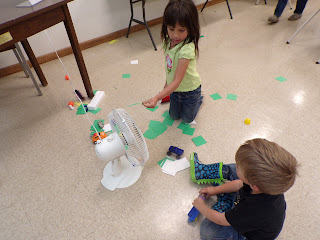 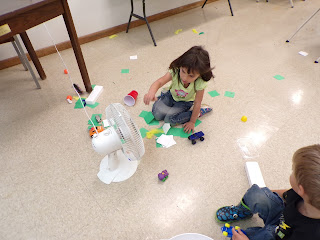 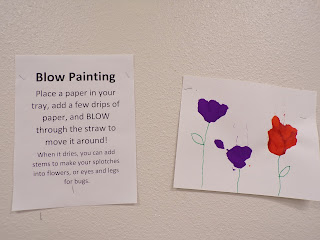 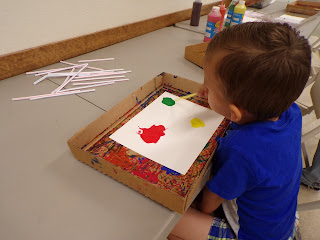 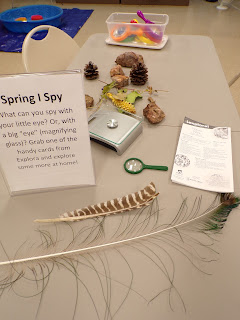 Mostly things from my yard the morning of, with activity cards created by Explora Albuquerque. I love things that give parents a few simple questions to help them guide the exploration! 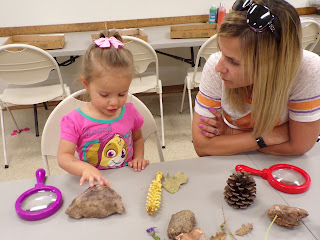 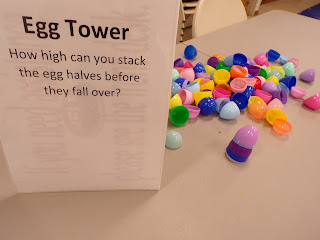 There were a couple different sizes of eggs - and a bit of dirt, because I forgot I had just tossed them into the box right after Easter. 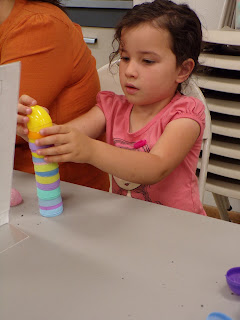 And, yes, we did use those Peeps: 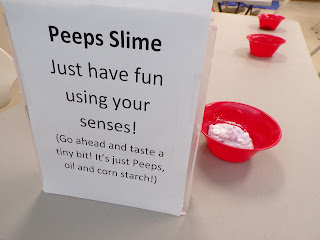 I melted the Peeps and mixed the corn starch in partway, then left them in the bowls for the kids to finish kneading. FYI, yellow does not melt as easily as purple, but pink just goes straight to goo. I made this up an hour beforehand, and it was hard when we got started! Fortunately, ten seconds in the microwave softened it back up perfectly. 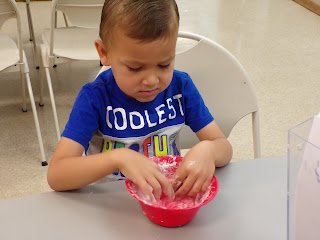 I'm impressed, L. here used to refuse to touch anything sticky. As you can see, he's still not thrilled about it! 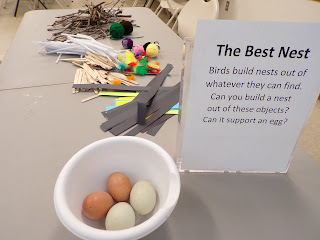 No glue or tape, but I did provide scissors to cut they yarn. Don't worry, the eggs are hard-boiled! There were some fabulous creations: 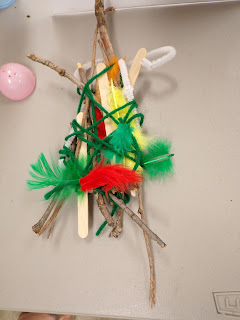 Lots of fun for our final STEAM of the school year!

Email ThisBlogThis!Share to TwitterShare to FacebookShare to Pinterest
Labels: At the Library, preschool, Spring, STEAM