So, I've been busy. Summer Reading registration started off with 30% more kids on the first day than last year (hooray for having our Facebook back!). Everyone in the free world had a birthday in May, and we were either hosting or going to their party (in fact, I just dropped Christopher off at another one.) Kids getting bigger now means dance recitals and band concerts. And, of course, the house is still a work in progress.

All of which to say, I have not done much blogging this month, have I? And I don't feel the tiniest bit guilty about it. Hopefully, though, now that the end-of-school-year-craziness is at least done, I can start to show you some of the things we have been up to!

One of the banes of my existence has been a very old freezer that was camped out in the driveway. Remember in Indiana Jones and the Last Crusade, when he escaped the nuclear explosion by diving inside this huge clunky old freezer? I think this is the same one. We disposed of the door with no problem, but in order to take the shell itself to the dump, you have to certify it has had the freon removed. I think this thing dates from before God invented freon, so that was a problem. And it is HEAVY. And looking like - well, trash - in the front of my driveway.

Okay, fine, if you can't beat 'em, join 'em! Or, something to that effect.

First, flip it on its back and cut the shelves out. 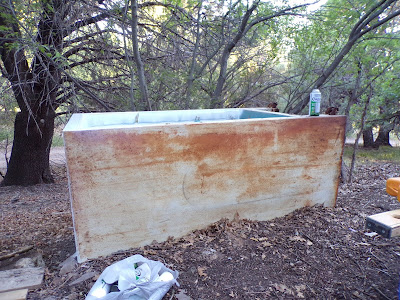 Well, that's pretty. See the cans of spray paint? It took three and a half to cover all the rust.

Mike filled it most of the way with lava rock, then the rest of the way with dirt from the orchard. I started some flower seeds I have found around the place in eat pellets, and transferred in those that sprouted. 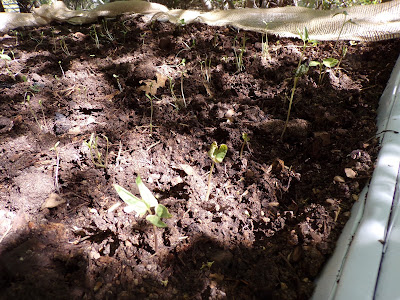 I have no idea what is growing in there right now.

Then I let the kids have at it! 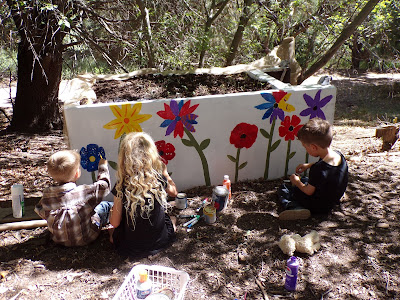 We had a few "less is more" talks, but I think they were largely ignored. I think it looks awesome - and I love how Logan puts smiley faces on everything! 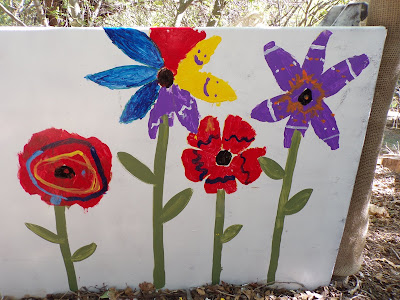 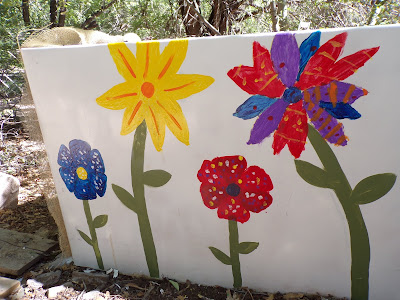 Can you tell which one was mine? I may need to go add some polka-dots. 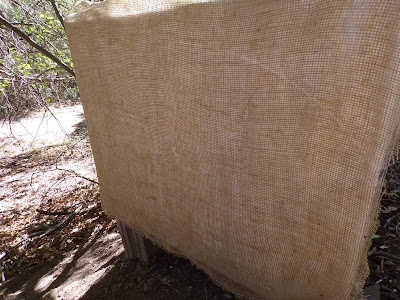 I put burlap on the other three sides, so it isn't quite as obvious from the road, but I think in all it's a vast improvement over the dead-appliance-in-the-driveway look! Can't wait until things start blooming in it! 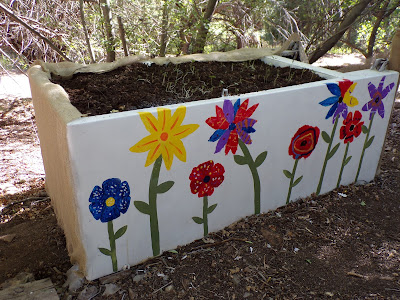