This past year in the new-old house was mostly spent working on inside projects, but I've been itching to play outside! Memorial Day weekend was dedicated to just that, and I have to say Mike put the most backbreaking labor into it all. Even the littles helped, though, so we are all proud of what we got done.

While Mike worked away at the big project, the rest of us did some littler ones. First up was cleaning out all the dead leaves and debris from the area that runs along the whole front of the house. The kids helped move alllllll the pretty crystal rocks into a pile, then when clean-out was done, they moved them allllll back into a border again! 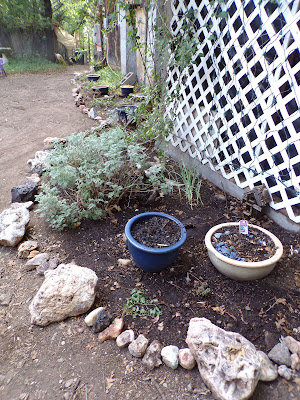 The smaller rocks were getting dragged around by the garden hose, feet, etc., so the larger rocks are now strategically places to catch the hose instead.

You could do a whole mineralogy unit with these! 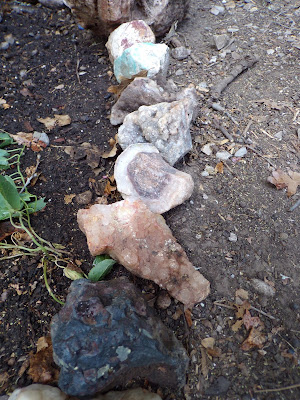 And yes, most were found in New Mexico. 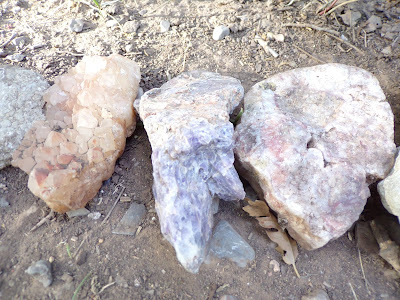 Next we relocated a small garden area, which then doubled the size of our outside sitting area, and attacked that with the leaf blower. 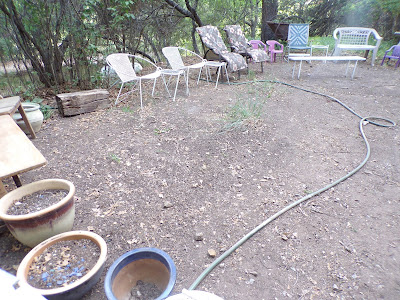 Yes, I know the chairs aren't going to stay lined up like that for another five minutes, but at least they aren't lying on their backs or being stacked as forts. For now. Ooooh, and empty pots! We can't have that, now can we?

My mother in law started this rock garden to keep the hillside back from the driveway ages ago - Mike talks about driving down the road and having to turn back because she had spotted a flat rock! I've tried adding to it over the past year, and finally got it done this weekend, with rocks we cleared away from other areas. 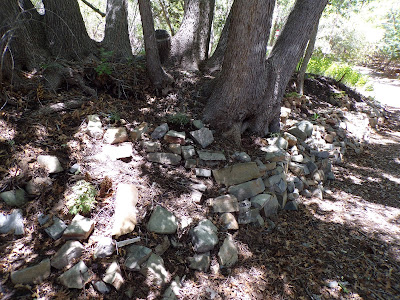 I planted several things, but this Creeping Jenny is really taking off. 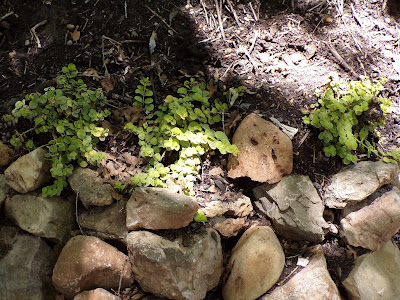 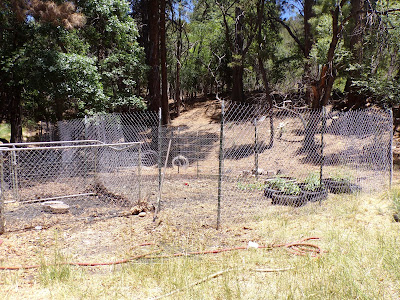 The main garden is 17 x 27 feet, and the add-on to the left is the 10x10 cage that came from what is now the seating area. A week ago, this whole area was the burn area, and a year ago it was (unbeknownst to us) a huge underground yellow jacket nest. We found out about the latter very painfully, when someone poked a stick down the entrance. That was subsequently dug up and burned, then a whole bunch of brush from the property was burned there. We started adding dead leaves and chicken coop clean-outs a while back, then this weekend Mike brought many, many trailer-loads of dirt from the orchard (with some help from Christopher), and tilled it all together. Two nice hot, sunny days for driving in fence posts and stringing up chain link (with the deer watching and laughing), and I have a garden! 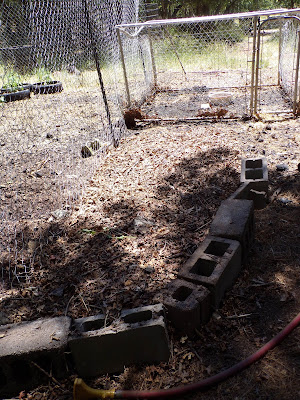 There are cinder blocks alllll over the property, and as we run across one we are adding it to this 'wall'. Leaf mulch for now, a larger potato patch next year. Or strawberries. Something will go there. 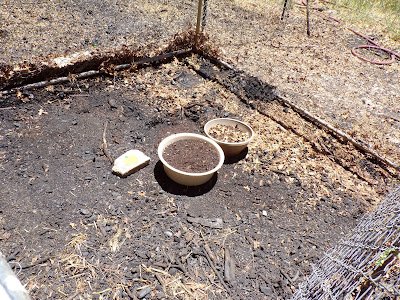 You can tell by this! 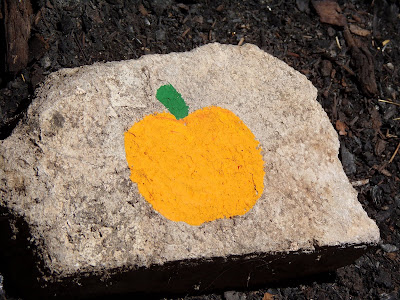 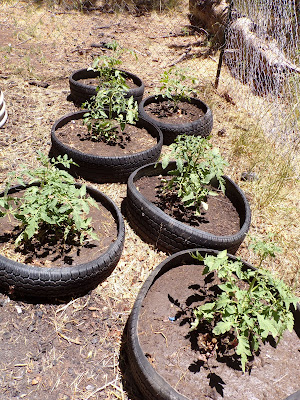 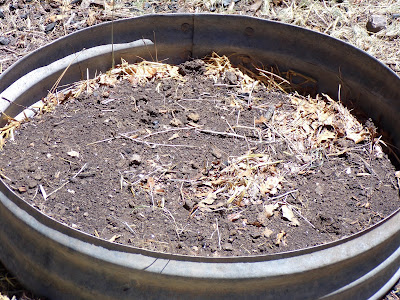 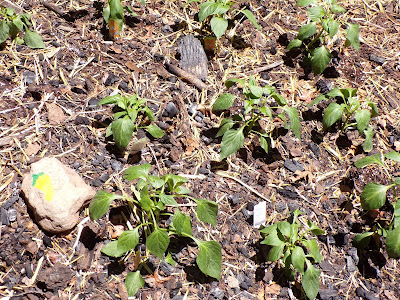 Can you guess what's here? 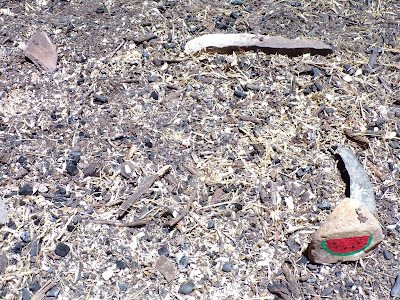 Bean greens (in another place as well - they never look like enough when you are starting those peat pellets...) 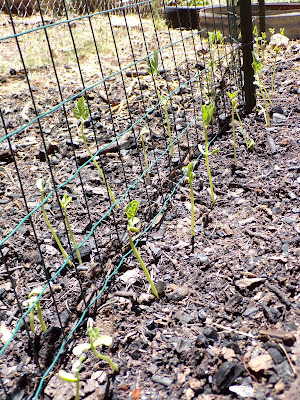 Coming soon: a couple rows of carrots and beets 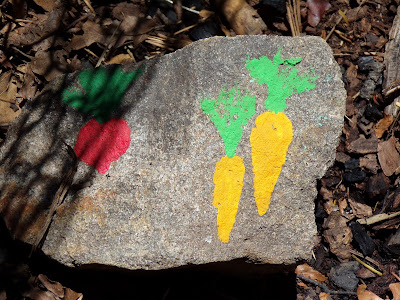 And a couple rows of corn! 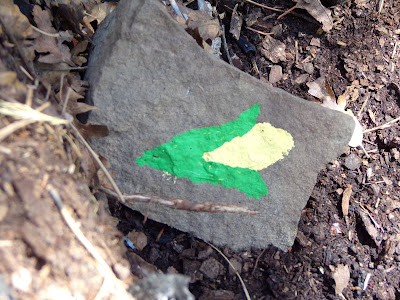 Hooray for green things! And popsicles on hot days. Whew!