I have been playing around with friendship bread for the past couple weeks, and getting very frustrated with it falling in the middle. My kids still devour both loaves before it's time for the next batch, they don't care, but it has been driving me crazy!!!

This last time (and it is the last time, because everything needs a break sometimes), I ended up with one unclaimed starter plus my own. That means 8 potential batches. Baking day just happened to fall on my day off, so I decided to empty out my kitchen, try different variations, and experiment until I finally got it right!

There are many optional ingredients in friendship bread (which is by no means Amish, btw). I chose these for my 8 variations:


None of those will deal with the falling issue, however. Those of us who live at almost 7,000 feet know to decrease the fats and add more flour without even thinking about it. Small adjustments haven't been working for me, so I decided to think bigger, cutting some things in half and adding a lot more of others. I also tweaked the baking soda and sugar a little, and cooked longer but at the same temperature. 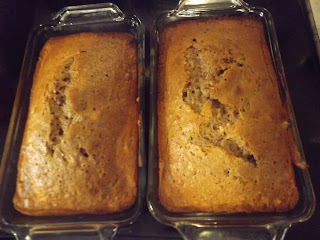 And man, does my house smell good! That's the banana nut (with 1/2 cup regular sugar and 1/4 cup brown). 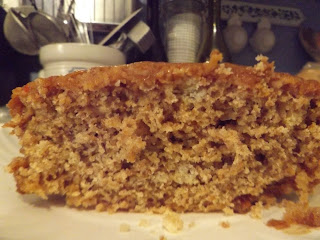 Since it had both applesauce and oil, I added 1/2 cup of wheat germ for additional dry ingredients. It only took an hour and 15 minutes to cook through. Slightly indented in the middle, so the oil pus applesauce did make a difference. Maybe omit the oil completely next time? 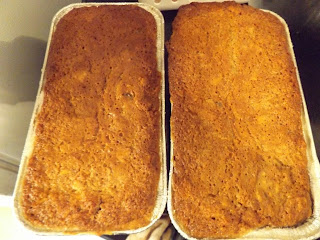 I used whole grain flour for this one, but still dusted the pan with sugar for some extra sweetness. TOOK FOREVER TO COOK. I lost track of how long. Obviously pretty flat. 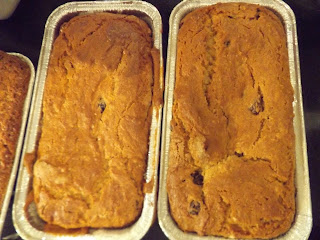 I used self-rising flour and omitted the baking powder and salt, but kept the 1/2 tsp baking soda. Sunk a little. 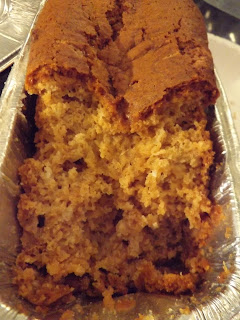 All purpose flour with the adjustments I made in the banana nut and strawberry, but it sank anyway. And came out in chunks. Hmm. 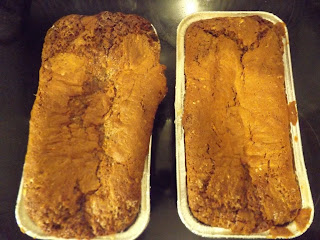 I rough-chopped the Pecan Flavored M&Ms and added more flour. Still sank. A LOT. (But it tasted REALLY REALLY good, so I am going to have to perfect this one later.) 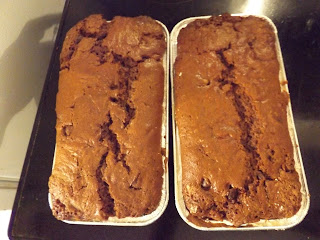 Also more flour, baked at the same time. Started off okay, but sank after I took the picture.

Waaaaait a minute...the common denominator in the sinking breads was pudding mix!! The sugar in it, maybe? And the Thanksgiving one, which sank the most, had more sugar in the form of the chopped-up M&M crumbs. Of course it took me until the end to figure that out, but I am going to suggest further reducing the sugar if you use pudding mix. Let me know if you try that and it works!

And then I went to make the Apple Orange Plum bread...but we had visitors and I was mixing and talking and put the oil in before I realized the next step was applesauce. Oops. Quick scan of the kitchen came up with about 2 cups of frozen blueberries, so I threw those in (still frozen), instead: 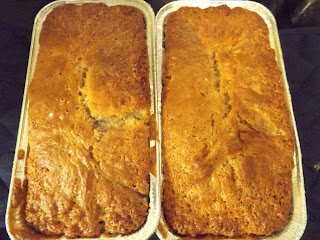 And it didn't sink! Not even a tiny bit! Reinforcing the added sugar theory.

So, the final verdict? If you are at 5,000 feet or above and your bread sinks in the middle, try this as your base recipe:

Then add whatever flavors your heart desires - except perhaps pudding mix! Bake at 325 for at least an hour, but probably closer to 1 1/2 hours - keep checking through oven window, but do NOT open door until you are sure it is completely done. Better to be a little more brown on the edges than to be soggy in the middle.

Good luck! Feel free to comment with any tweaks or additional ingredients you have tried! Now...who wants to help me eat these 16 loaves of bread???