We got out of the swing of country studies somewhere around Chad and the holidays. Santa had plans, though! We all enjoyed trying snacks from Australia so much, he got us a subscription to Snack Crate a few months ago - but he didn't tell the kids! As the box for each country arrived, I packaged it up with books, games, and crafts from that same country, along with recipes for a full meal.

We opened the three boxes so far (South Korea, Germany and the Philippines - Australia is on its way!) on Christmas day and peeked at the contents, but we saved them then for those days when we needed a little structure. South Korea began the Thursday after Christmas, supplemented with a trip to the library and the grocery store.

This book gave us a brief history of North and South Korea (our ancient globe only shows one Korea!) and how the government and culture of each has evolved differently in the past 60-70 years:

It is a little old (2003), but served our history needs. We talked a little bit about current events, trying to balance the line between being aware of world tensions and not scaring everyone!

This title is more recent (2012), and more accessible to our age grouping:

If you are just looking at South Korea, this is perfect, but I did want to contrast it with North Korea and talk about how different factors can influence so many parts of our lives.

Or, at least decorate some to fly when the weather changes:

You can find these from any number of online sources. We will try flying them around the Lunar New Year - but I don't think I will tell them about kite fighting!

We love cooking together, so the meals were a lot of fun. The first night, Sheridan helped me start the kimchi, then Logan helped me make mandu (pork dumplings, made here with won ton wrappers): 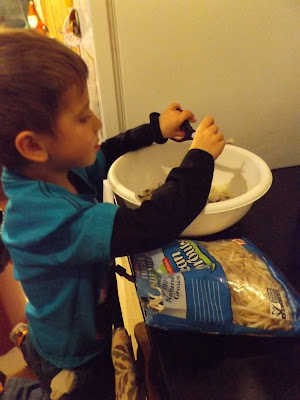 I have chopper that would have worked faster than scissors, but it kept him happily busy. 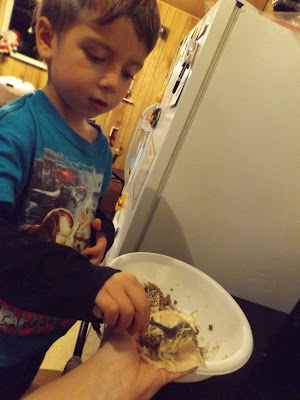 Just a start - we made a LOT more than this - but I was very pleased that, unlike my varenyiki, these didn't fall apart immediately! 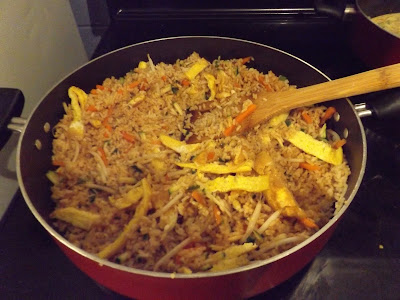 and some ho bak jon (veggie pancake). I tried to make one big pancake that I could cut into wedges like my favorite restaurant, but I way overestimated both the evenness of my old pan and my flipping abilities. I'll just use a before shot as it started cooking. 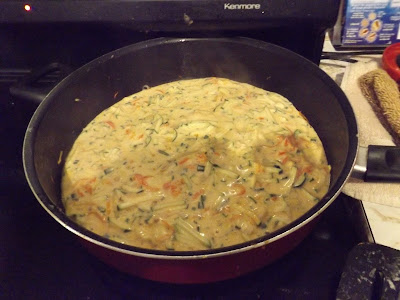 Then we dug into the Snack Crate offerings. For tonight we tried the Kancho biscuits, which were little round cookies with fudgy middles. Yum! They had fun little pictures printed on the outside of each. 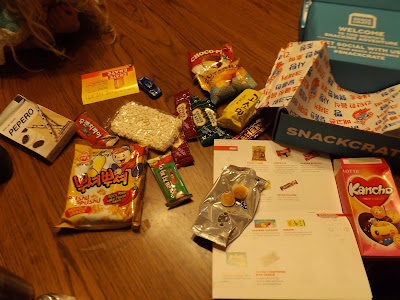 We read descriptions of each, and decided to save the pushu pushu for big sister Mykela, because a) she likes raw Ramen, and b) they say they are spicy, and if even Koreans think they are spicy, we probably don't want to touch them.

I bought some plastic stones for a game called Gonggi. Think Jacks without the jacks. Or the ball. It can be played with any old stones, but after seeing how many times they bounced off of Sheridan's head, I am glad I sprang for the plastic! 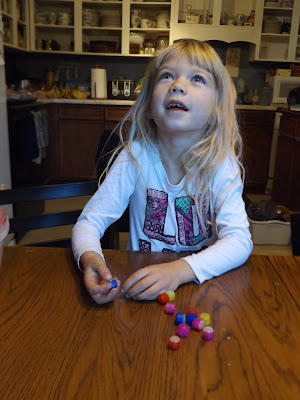 It's harder than it looks! She was getting really frustrated at first - especially after I caught a couple - but so excited when she finally succeeded!

For a second meal we had tak nalgae t'wigim (a glazed chicken) over rice, and a very mild cabbage kimchi. The chicken was a hit, the kimchi: not so much. 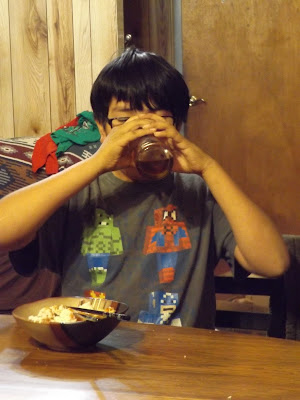 It really wasn't THAT spicy. 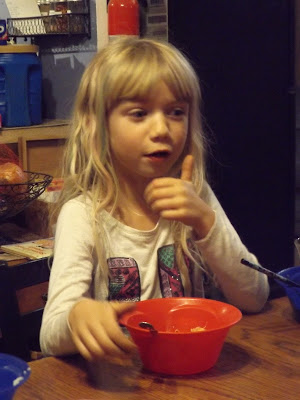 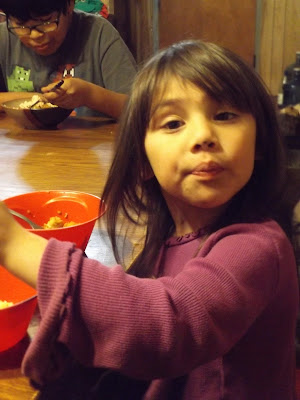 Gracie said she liked it, but Gracie likes anything she is allowed to eat. 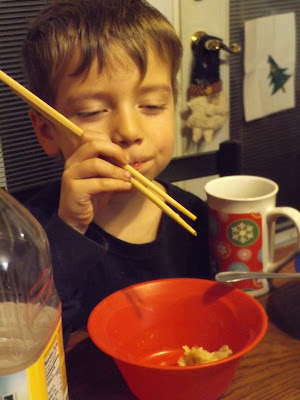 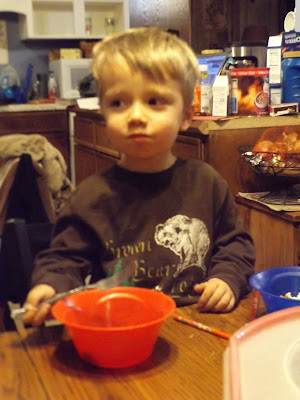 Shane was very diplomatic (and blurry - dangit!). He pronounced it "good but spicy", and when asked if he wanted more, said "No, thank-you."

I like Korean food myself, so we are probably going to continue working in more foods even after we move on to the next country. In the meantime, friends and relatives who have spent time in Korea (and who are there now) are filling us in with all sorts of fun tidbits and photos!

We are reading a story a day (except for Sheridan who is going ahead), looking at the artwork along with talking about what types of lessons Korean parents want to impart to their children.

Loads if fun, I think it will be a while before we move on to the next country!
Posted by Ami at 2:00 AM