My oldest son, Christopher, has been enjoying the tweens group (grades 4-7). They do a lot of fun activities with Mr. Cliff and Sherry, and they are a fairly quiet, well-behaved group.

This past week, Christopher had to be with me at the library, so I let him join the teens (grades 8 and up). He discovered that the teens are...well, not like the tweens.

Our activity this time was a construction challenge. As they grabbed snacks and drinks, I nudged them into tables, which became their teams. Each team had exactly 100 pieces of uncooked spaghetti (yes, I counted) and one brand new roll of scotch tape. The goal was to build the tallest structure in the time allotted. The catch: It had to support a large marshmallow at the top (I would measure from the surface of the table to the bottom of the marshmallow.)

We ended up with three teams and three very different tactics. This team was all girls, and they went straight for height: 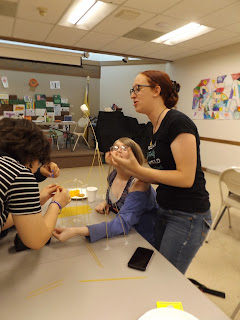 with a little bit of drama thrown in. 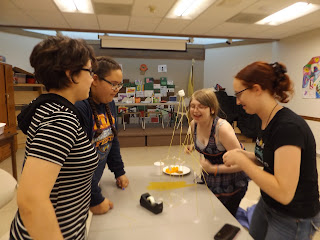 Okay, a lot of drama. And a lot of noise, despite generous use of tape. 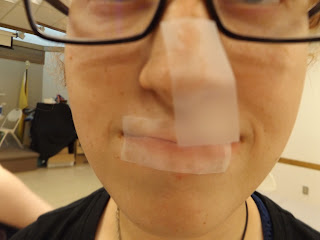 They named their structure Bobert Robert the Seventh of the Germanic Tribe Nobert (also a unicorn). When he began teetering, they encouraged to think of his family, think of his cat!!! They even played the sounds of his cat calling for him, in hopes it would help him pull through. 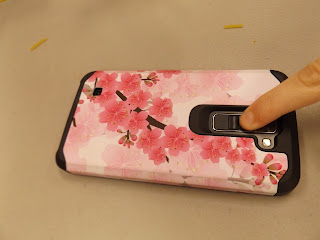 I have very odd teens, is what I'm saying. And then they started laughing and couldn't stop, and never got it any higher.
(I had to cut part of the team out because I didn't meet up with a parent for photo permission, sorry!)


The third team (also without photo permissions) consisted of two teens who talked to each other nonstop, and a third who pretty much built the whole thing herself. Which pretty much describes every team project I have ever been a part of. Enjoy college, honey. 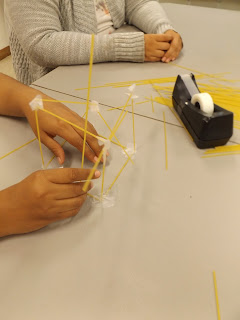 In the end, Bobert hung on long enough to win. And then ended up in pieces. His cat misses him terribly.


With only 15 minutes left, I let them choose if they wanted to try the second challenge - building with toothpicks and tiny marshmallows. A little bit more structurally sound this time around! 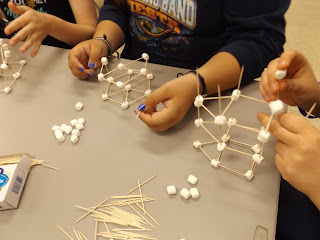 In other news, R. tried to give a teammate her best stern look: 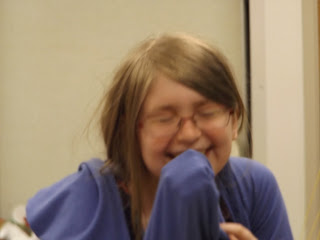 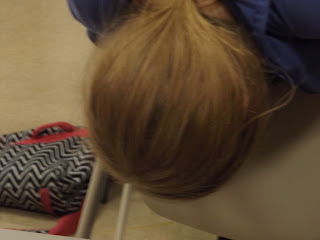 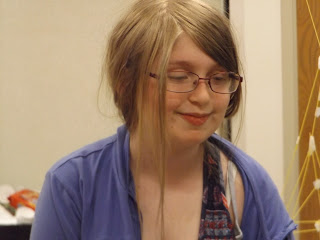 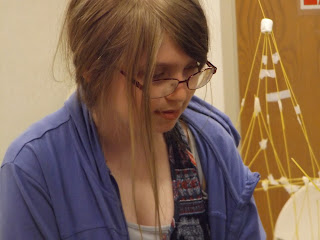 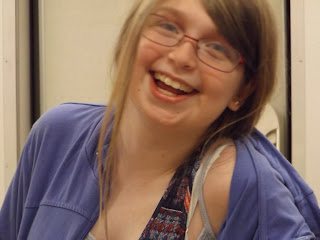 Aaaand you lost it.