Nine brave souls showed up this evening to find out exactly what a Mystery Dinner is. It's a pretty simple - but occasionally hilarious - event to set up, and it goes something like this: 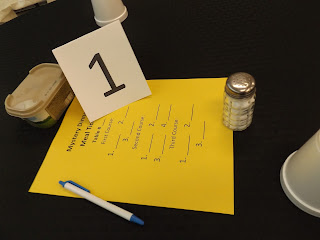 Each (numbered) table has an order sheet. The table members decide together which items they would like for each of the three courses (having everyone at a table the same made serving MUCH easier, and kept them from trading things). 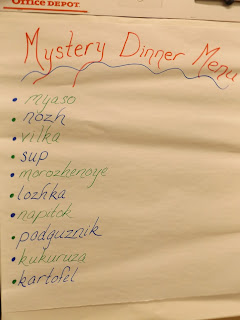 If you are not up on your Russian (as none of the teens were, thank goodness), that list includes foods, drink...and eating utensils. So you could, for example, end up with a first course of: 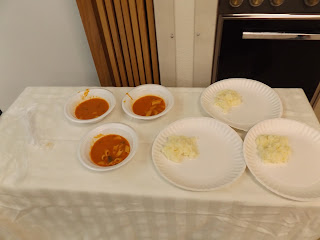 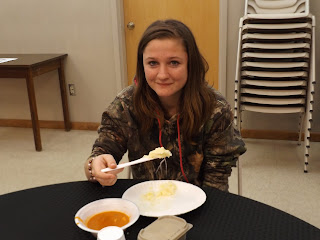 She made it work!

Or, you could have a drink, a knife, and a fork. 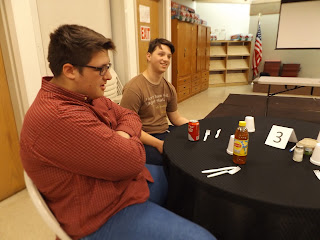 I told them this was from the light eating menu.

My favorite, however, was the soup, drink, and Salisbury steak table. 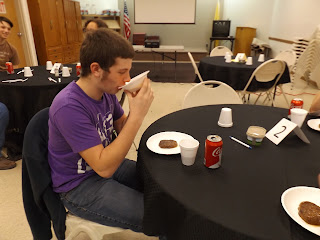 They finally figured out folding the paper plate and using it to hold the steak, which they then ate like a McDonald's hash brown. It worked!

They were all super good sports, and after the meal we had board games to play, or just talked. I need to declare a rematch at Phase Ten some time soon, but other  than that we had a blast!