Back when I was a public school teacher - more than ten years ago - it was already hard to fit science and social studeis lessons in. With more and more required reading and math programs in the public schools, I am hearing more and more parents complain that those subjects aren't included in their child's school day at all. Some teachers point to the nonfiction requirements of their reading programs as the sum total of their sci/soc curriculum. While that's like saying you can learn to be a heart surgeon by reading a paper on it, I can't blame the teachers - you have to do what your district requires of you, whether you think it's the best choice or not.
As a result, however, we are seeing a huge upswing in parents wanting to supplement those areas at home, and elementary-level science kits and books are very popular right now. I ordered this set with high hopes, and took half of them home to try out with my own kiddos. 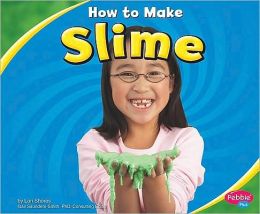 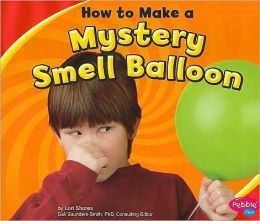 My only disappointment came in the form of my audience. They love both reading and experimenting, but the day I picked as a "Science Day" turned out to be one of those I'm-not-listening-or-following-directions days. You have those at your house, too, right? Good! I mean, not good, but...okay, moving on. This is the only one we actually got through: 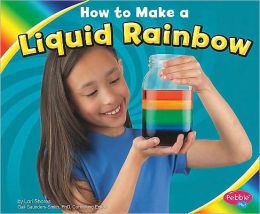 9781429652940
I remembered doing similar experiments when I was younger, and it had plenty of steps to divide among three kids. After looking at the book together, I showed them various liquids I had set out with drops of food coloring in them:
We took turns mixing the food coloring in, and immediately noticed how much thicker some liquids (like this ancient corn syrup) were than others:

Everyone had to take a turn with that one!


We also sniffed each liquid first to see if we could guess what it was:

I wondered why they didn't add food coloring to their oil, so I put some red in ours:

We also tried milk, which we made blue.

Unfortunately, that just mixed with the water:

In the end, though, the point was made, and we got to see how everything went into layers:

This was after about ten minutes. By the next morning the layers were more pronounced, although it never looked as pretty as the book cover!

All in all a fun experiment with easy instructions and explanation at the end. It's not Ms. Shore's fault that we squabbled over the stirring, or that certain individuals wanted to pour things we weren't ready for yet, or that partway through I realized that a certain young lady's fingernails were black because she had taken the PAINT MARKER out of my desk, which she KNOWS she is not supposed to get into, and we had to launch an immediate investigation of where exactly she had been when she painted said nails and did she paint anything ELSE black, like, say, a floor or wall. I do intend to try the other experiments out.


For more great nonfiction, head over to Wrapped in Foil!