Rainbows are one theme we seem to keep repeating - because there are so many fun things to do with color!

They are also easy to make messes with. 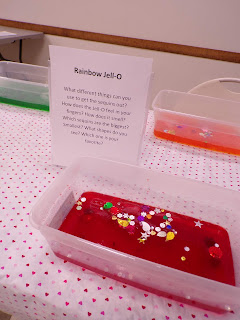 This smelled SO GOOD, both while i was making it and while we were playing with it. One little one just couldn't stop scooping the red into her mouth - can't say I blame her! That's one reason I usually toss food items and get new ones out for the next day, even if they aren't MEANT to be eaten. 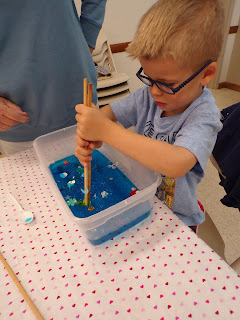 I realized I had a ton of Ivory soap in the cabinet, and once it gets old it doesn't puff up any more (at which point it becomes a carving medium for the tweens and teens). 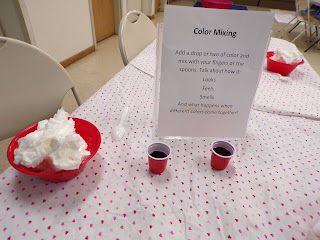 Add some liquid watercolors and tweezers, and our fine motor skills get a workout, too! 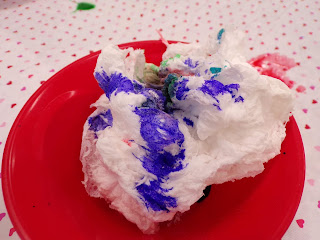 This was our first time using these, and they were SO MUCH FUN! Kind of went everywhere, and they are really hard to pick up in our grown-up fat fingers! 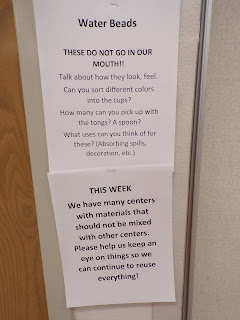 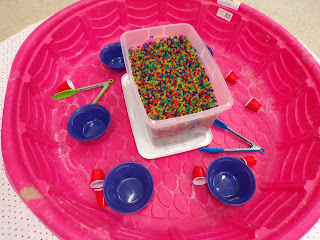 I quickly dumped them out of the tub and into the pool, because they were getting stepped on otherwise. 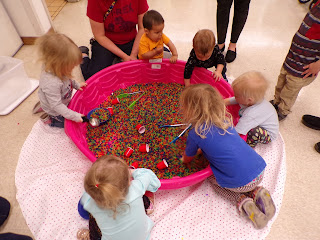 Fun to feel for any age! 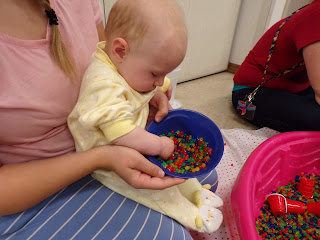 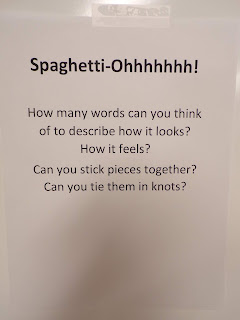 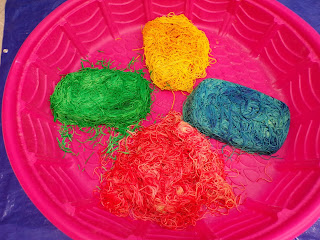 This is the least-blurry picture I could get of this little cutie: 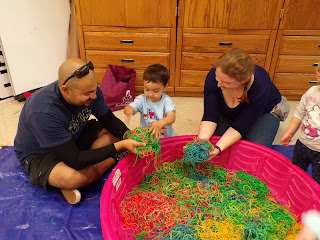 He wanted to make sure Mom and Dad had plenty! 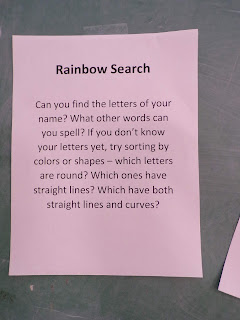 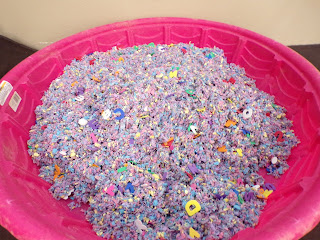 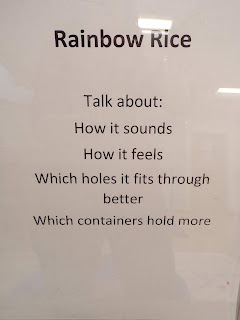 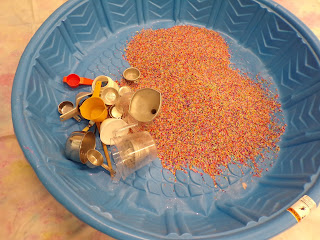 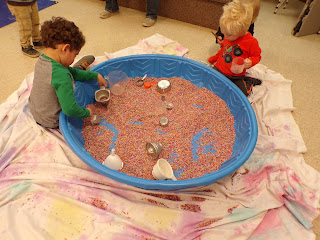 Don't let the pictures fool you, the adults liked this one too. I may put a bowl on my desk to play with when I am feeling stressed. 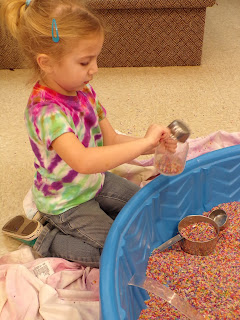 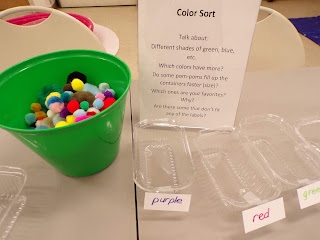 Shane started sorting these, then got to a two-colored pom-pom, squawked indignantly, and just dumped them all...so, I didn't get a picture. 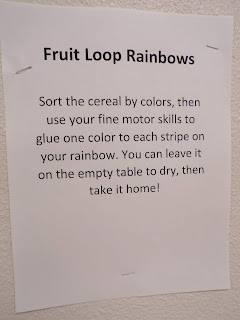 Forgot pictures here too, but I just had a basic rainbow outline to glue them to. Again, we put out different cereal each day, because of course it was going to go in our mouths!

Email ThisBlogThis!Share to TwitterShare to FacebookShare to Pinterest
Labels: At the Library, rainbows, STEAM