Rainbows are such a fun and easy theme, we had to do it again! To see what we did during our first Rainbow STEM, click here.

I skipped the colored spaghetti this time (although that was LOTS of fun!) and went with Jell-O. 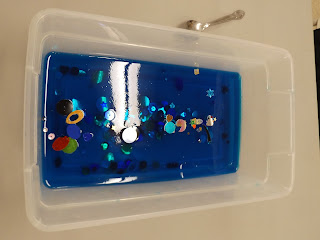 I sprinkled some sequins in so we could work on fine motor skills, as well as to hopefully dissuade eating it! 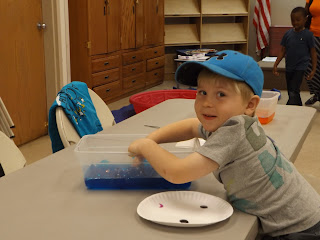 It actually took them a little nudging to really stick their hands in Monday, but then they decided it was pretty cool. 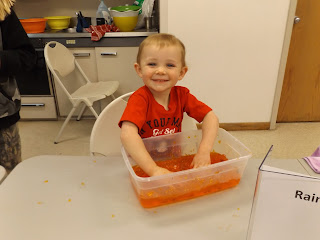 Some more fine motor, as well as colors, sorting, matching, and patterns with bead stringing: 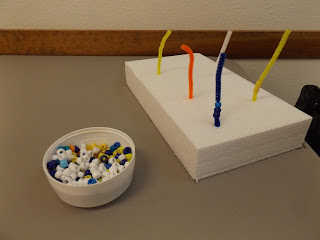 I had the styrofoam blocks saved from some packages received earlier - good thing, that stuff can get expensive!


Perfect for the warm weather we have been having: 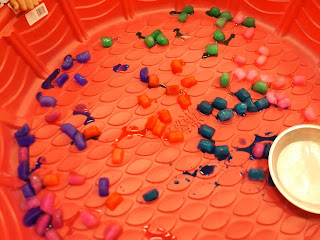 I just filled ice cube trays with water and added a few drops of liquid watercolors, which don't stain as badly as food coloring. I set aside paper hoping they would get the idea to put them together in some way. 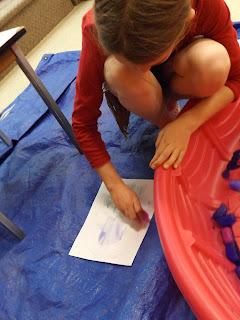 That was okay, but it needed 'something'. I know: shaving cream! 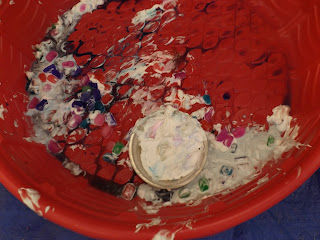 One little cutie pointed to each ice cube in turn and instructed me to cover "this one. Now this one." They were just melty enough at that point to color the shaving cream when they touched it, then of course we had to mix it all together.

I didn't have time to make more ice cubes before Wednesday, so we went straight to the shaving cream. 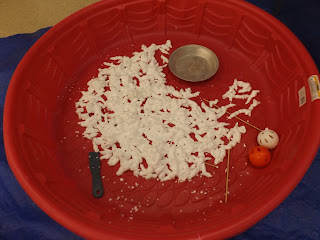 I put some shaving cream in before kids arrived, then added coloring and more shaving cream (what happens if I drip it from up high?) when they were there.

A little reading mixed in with foam letters and colored pet bedding (unused, of course!): 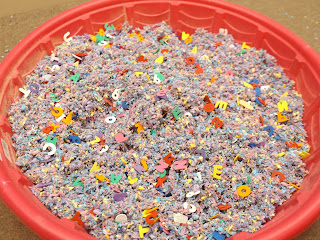 Find the letters to spell your name! Or, you know, jump in it, because that's fun, too. 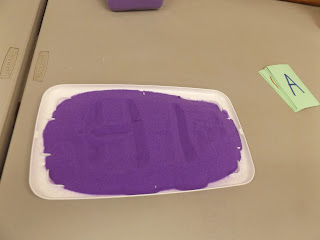 Finally, a giant bag of rice and some food coloring/liquid watercolors, toss in some kitchen supplies, and let the cause and effect learning take place: 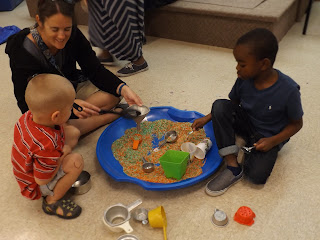 I started out with different colors of rice in each of three sleds, 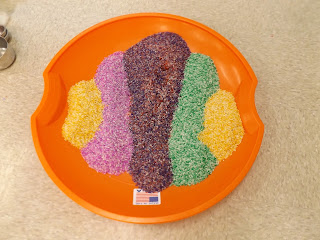 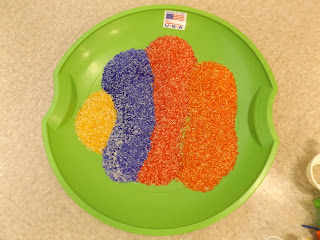 but of course they got mixed pretty quickly. 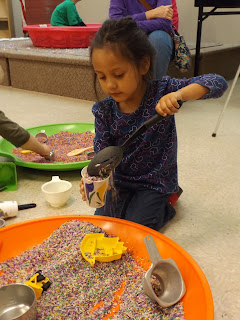 I probably could have just had this center, and the kids would have been perfectly happy! We actually went over by almost half an hour both days, because the kids were happily pouring and sifting, transferring from one container to another, seeing what would stack, etc. Very zen-like, as well as educational!

FYI, if you go from the Jell-O to the sand to the shaving cream to the rice, in that order, you end up with quite the spectacular look. 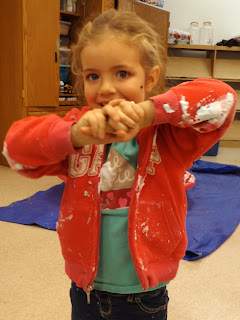 Email ThisBlogThis!Share to TwitterShare to FacebookShare to Pinterest
Labels: At the Library, rainbows, STEM, Toddler Science