This year we decided to intersperse our early literacy story times with some early science explorations. In other words, we decided to make some grand messes!

Since today is International Talk Like a Pirate Day, what better way to start off than with buried treasure? We had dirt: 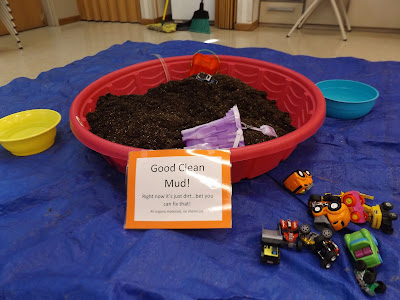 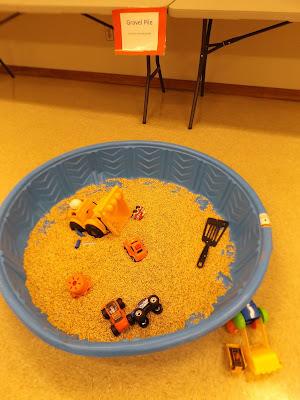 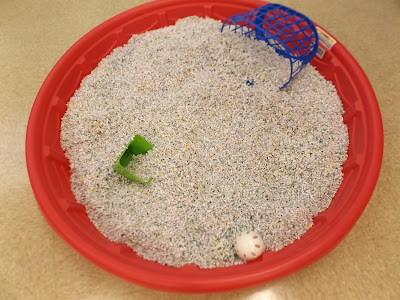 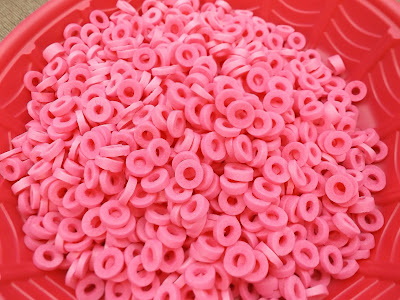 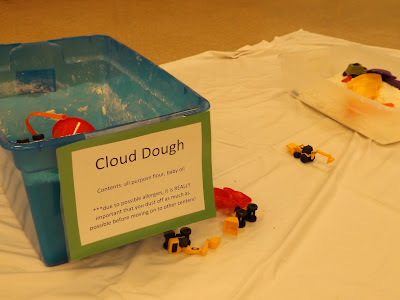 Before we began, I was actually a little nervous that it wasn't messy enough! I wanted the kids to have fun, and I guess I am so used to the disasters my own create, I wasn't sure this would be 'impressive' enough - but, at the same time, I needed to ease in to the really spectacular messes.

They didn't seem to be disappointed! 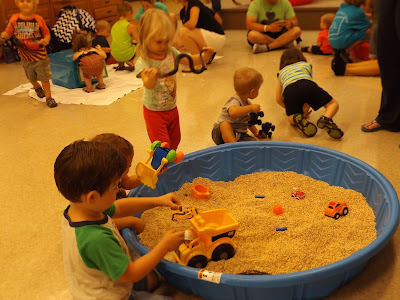 We had magnifying glasses to check out the different types of dirt, or to decipher the print from the paper shredder. 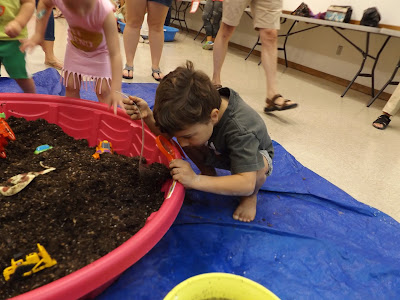 The cloud dough was a huge hit - one parent even commented that she couldn't stop running her fingers through it, and many people asked for the 'recipe'. 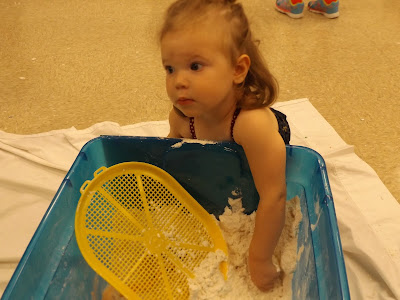 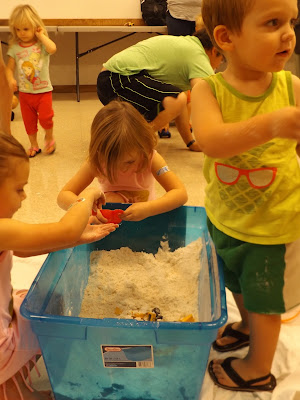 The pool noodles were the first to be sat in. 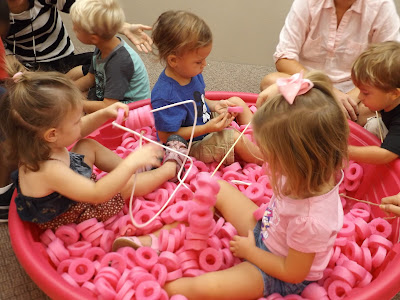 Eventually kids were in every single pool, except the dirt one, which really surprised me! 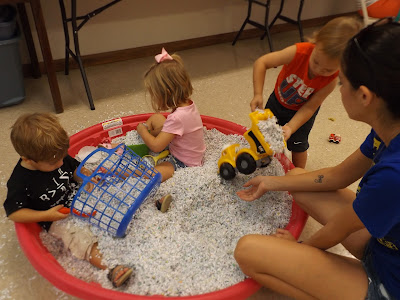 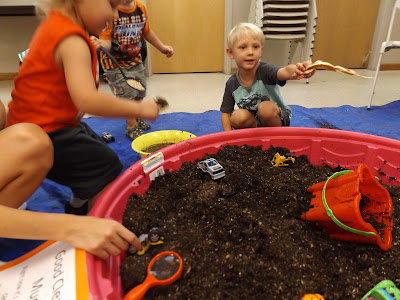 We found out that if you put dirt in water, some of it floats and some sinks, but all the corn cob pellets float. 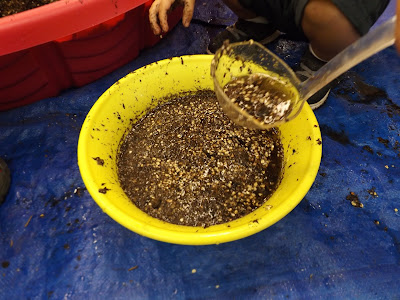 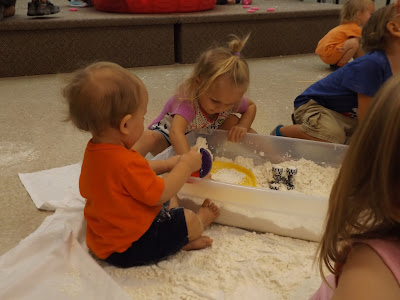 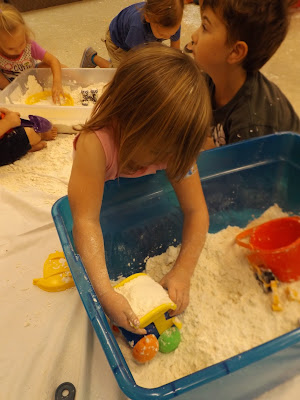 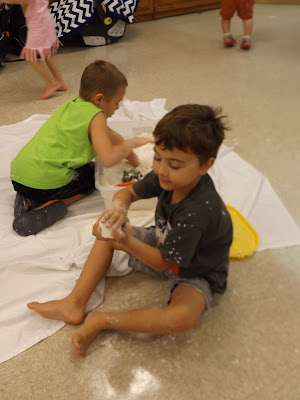 It is also very slippery! Next time I think I will recommend removing shoes - no falls this time, but I know I will be the first to end up on my derrier.

I posted a few open-ended questions ("What would happen if you...") and tips ("Sometimes we learn more by finding out what WON'T work."), but mostly just let them 'have at it'. The kids really needed no instruction, and a few had to be bodily carried away when it was time to go. I promise we will do it again, guys!  Stay tuned for next month's pumpkin themed (and slightly gooier) fun!

Email ThisBlogThis!Share to TwitterShare to FacebookShare to Pinterest
Labels: At the Library, buried treasure, library programs, Talk Like a Pirate Day, Toddler Science