S is for Science and Silliness!

When Christopher and Sheridan were learning their letters, we had fun taking a letter each week (or so), and seeing how we could explore with it. Logan recently started showing an interest, joining in with calling out things that start with a given letter, so we decided it was time to have some fun again!

Logan picked "S" to start us off. Actually, he picked "Q" first, but mean Mommy made him switch. We began with food, because - duh, food! The kids planned the menu for the week. I cheated and gave them a list of meals I wanted to make, and let them assign them to days. We talked about who would be home when, and which days we would have less time to cook. For the few lunches we would be home we planned sandwiches, Spaghettios, and soup with sourdough bread. 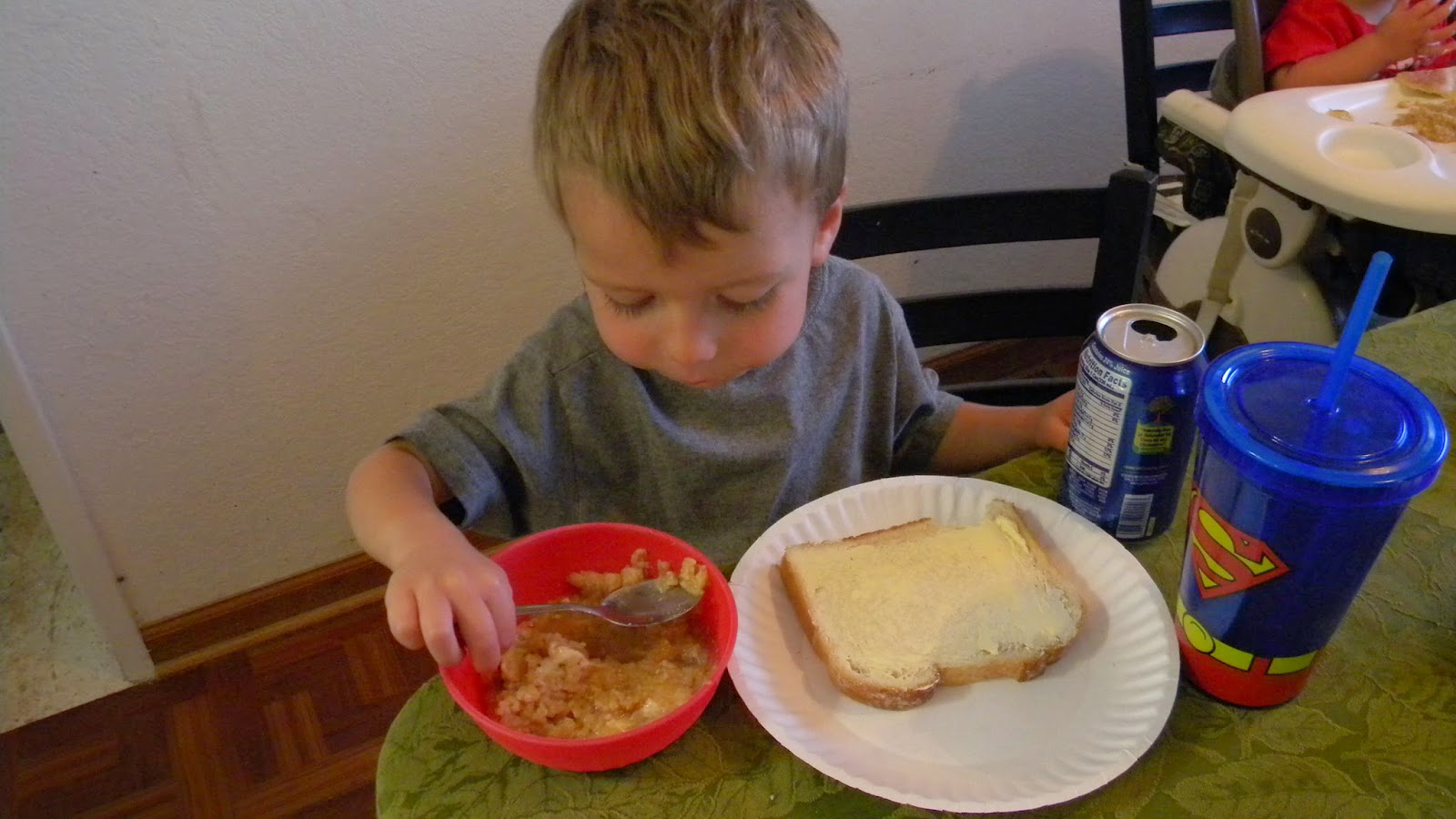 For dessert all week: snickerdoodles! 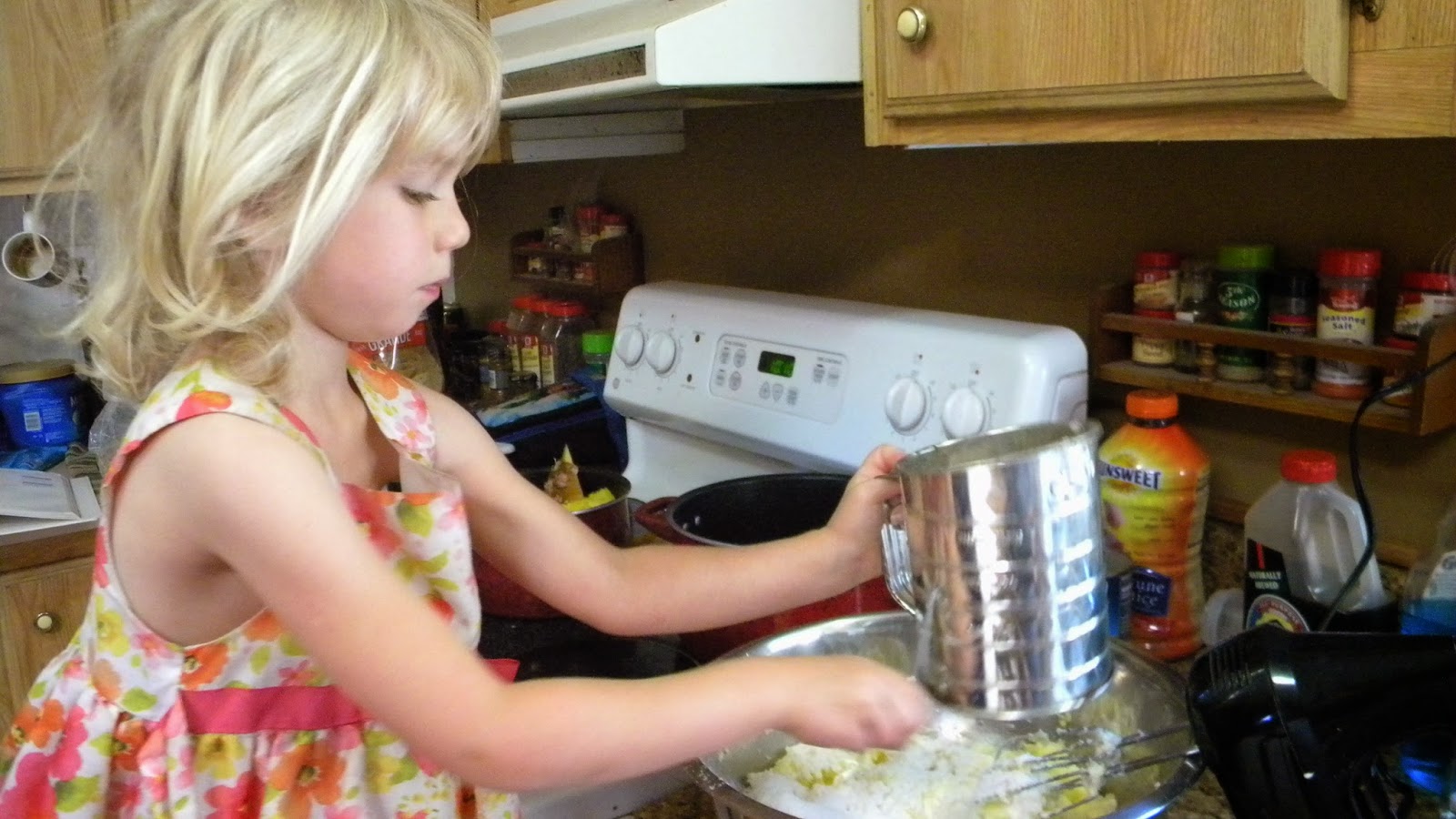 Which involved sifting and stirring, as well as sugar and salt. We shared some with our church family on Sunday. I also made a strawberry cobbler type thing, but that didn't get shared with anyone:)

I wanted to try the sand foam I have seen all over the internet, but I wanted to do it outside - cloud dough is one thing, but sand + laminate flooring = bad, bad, bad. Unfortunately, the weather did not want to cooperate. I thought, surely, if I just put a big rug down first, and stress to everyone that it needs to stay in the tub...

Some colored sand plus shaving cream... 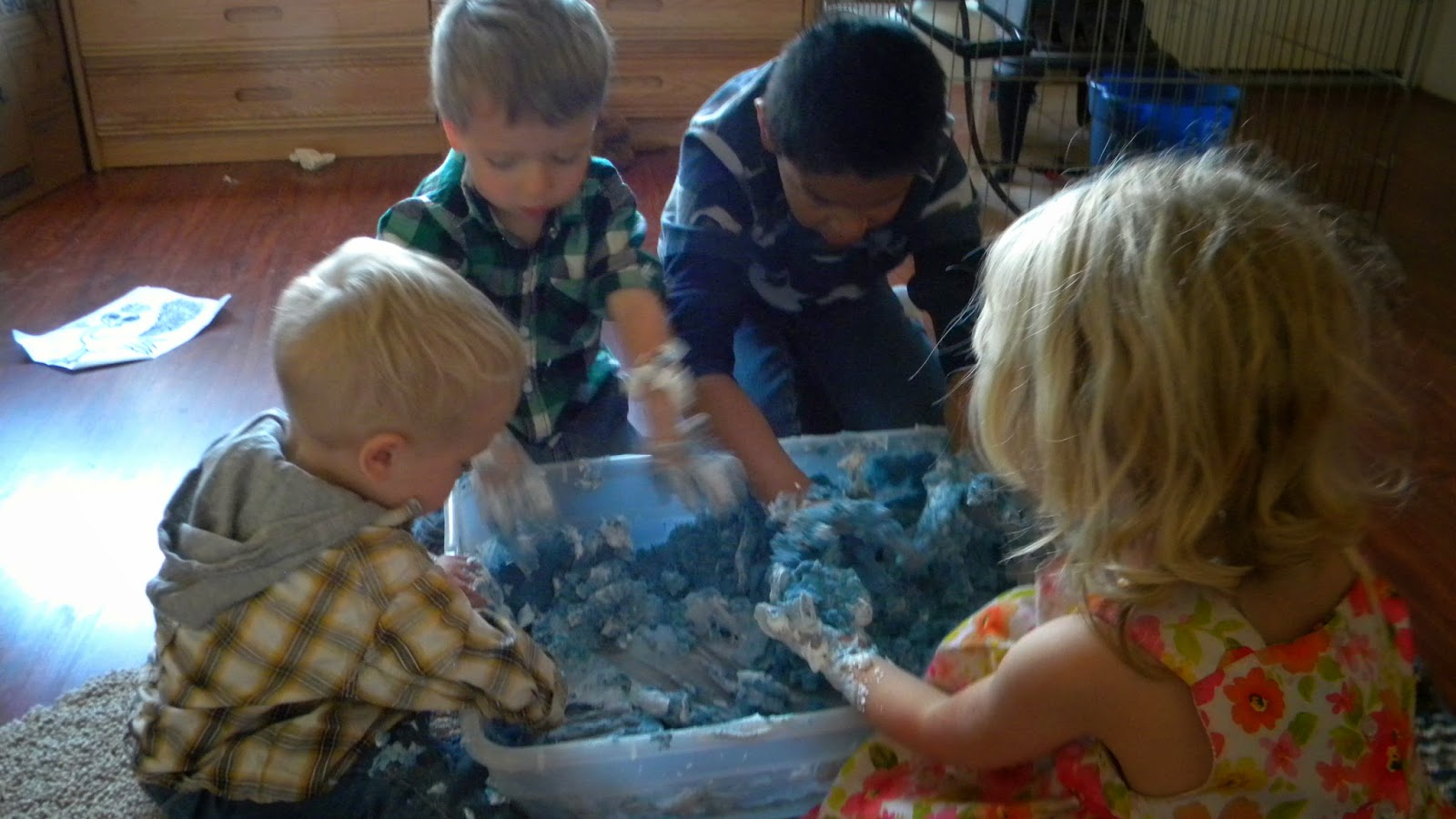 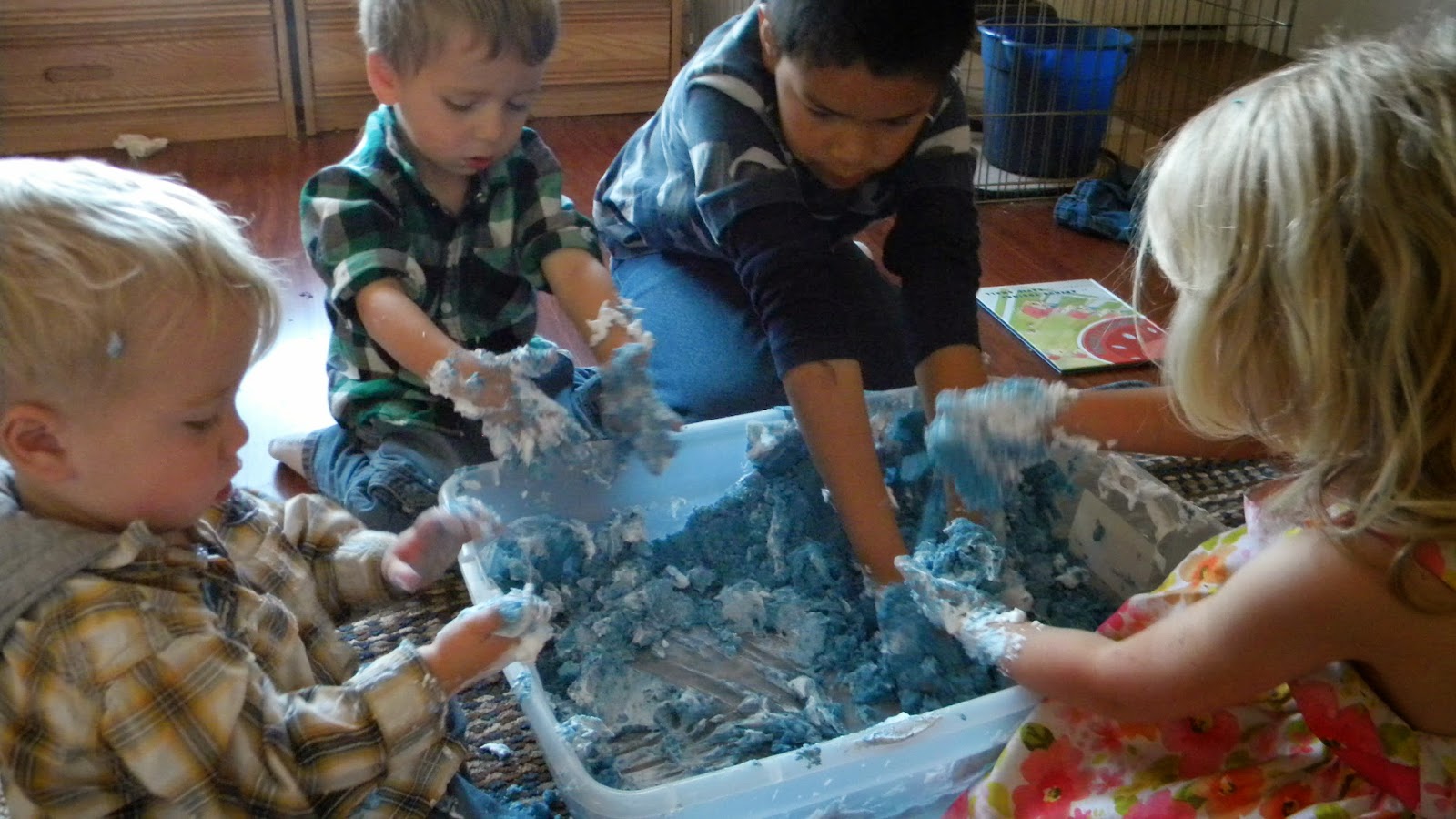 and then there was Shane. While everyone else was mixing, he was happily throwing handfuls of sand. 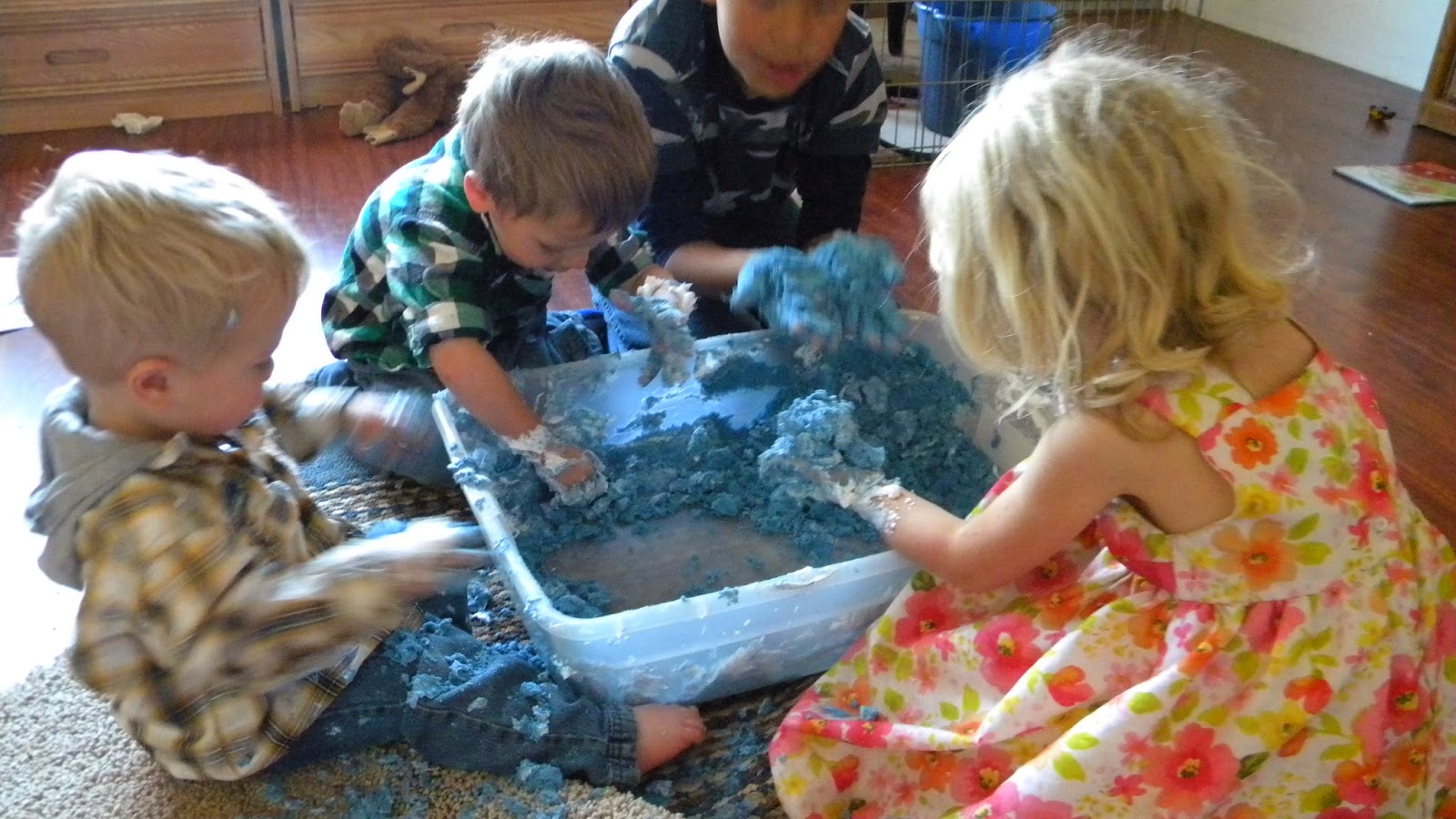 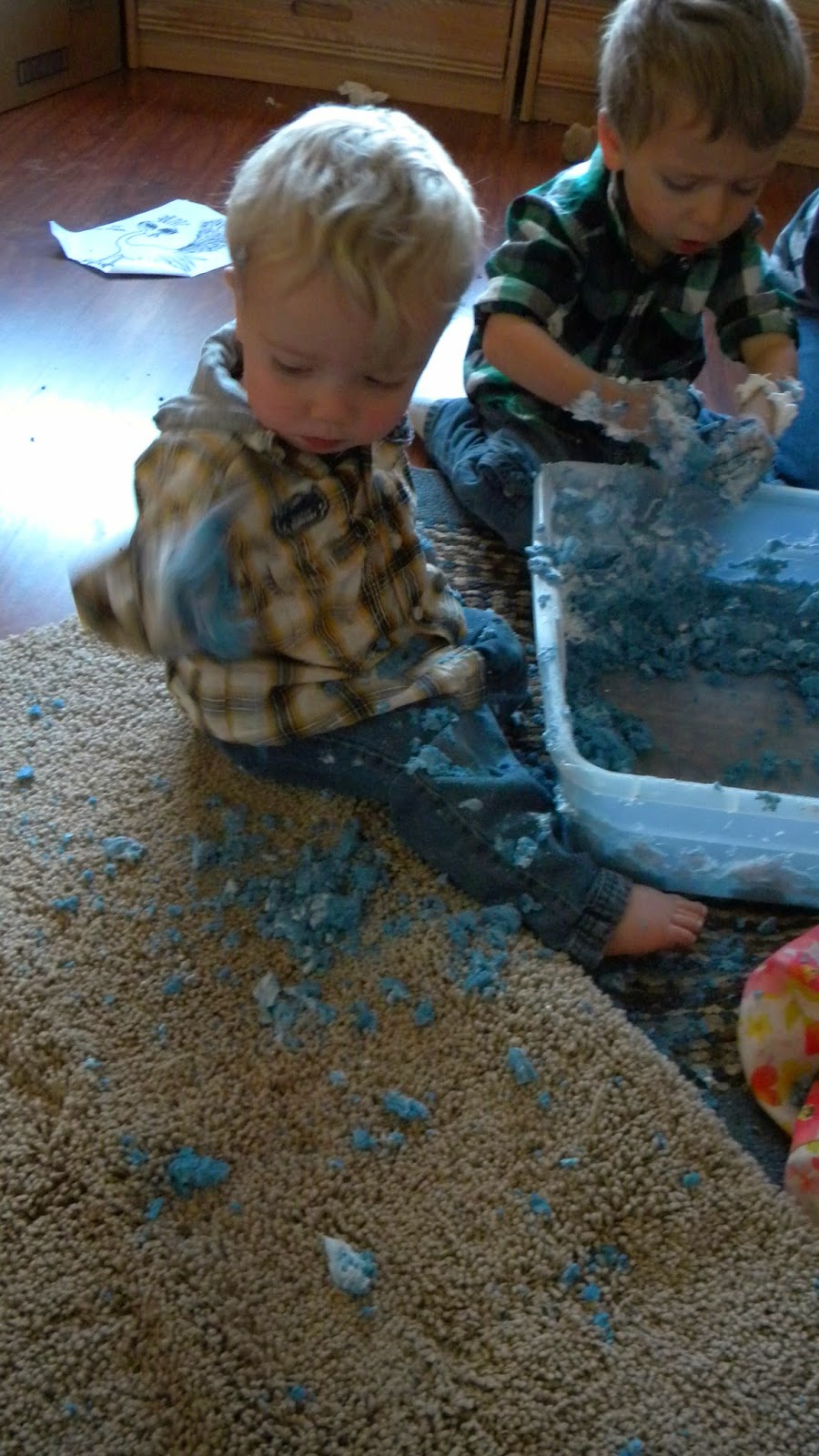 And then he got up and left. 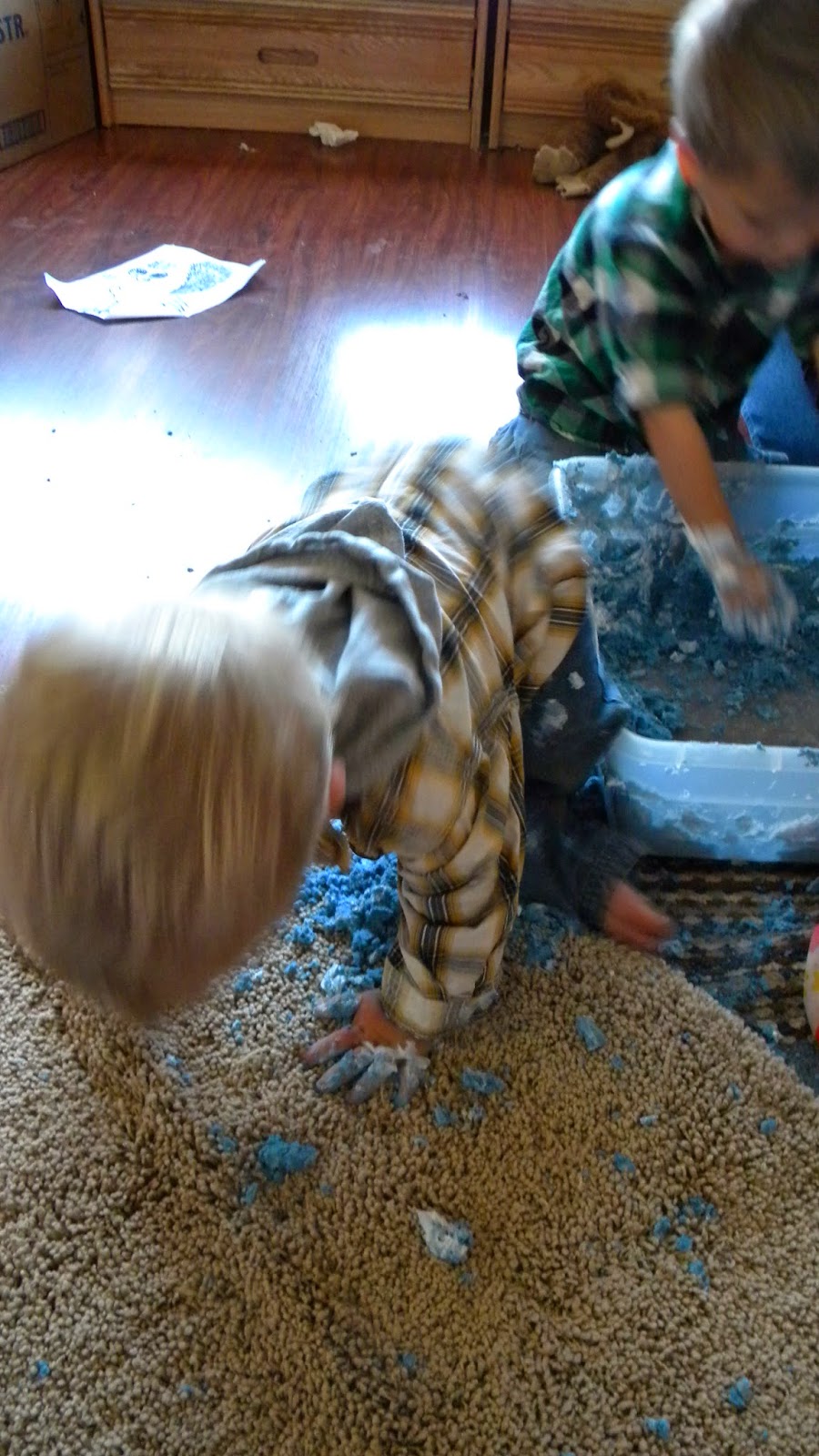 Still covered in sand. Ah, well, sweeping starts with "s" too, right? I decided to give him some water to rinse off with, and to keep him busy for a bit. I added some of his bath toys. 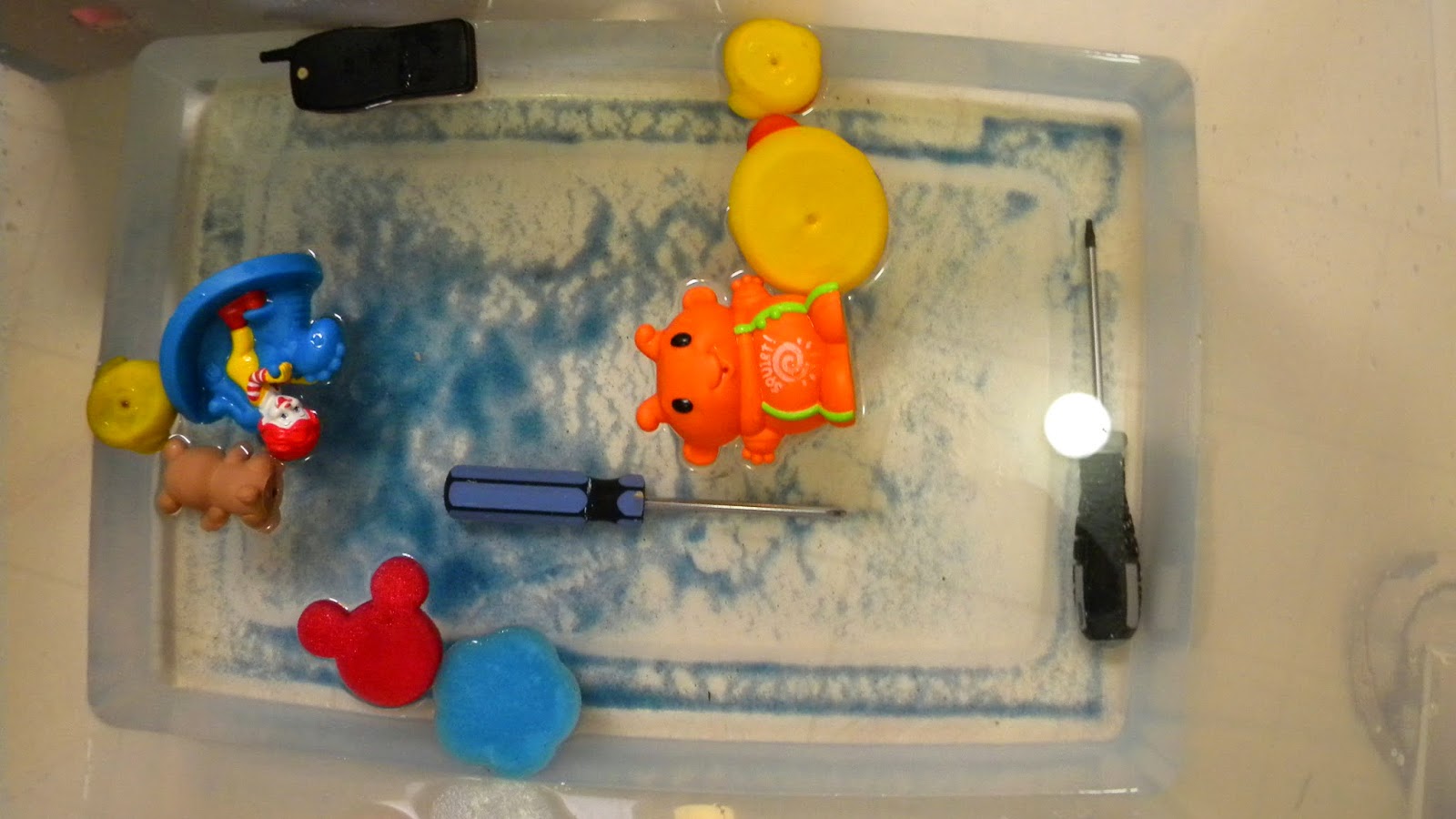 and, knowing what letter we were studying, he got into my tools and added two screwdrivers. He also added the lid to my deep fryer, but I took that out because a) doesn't start with "s", and b) water + deep fryer = bad, bad, bad.

Meanwhile, the new puppy snoozed through the whole thing. 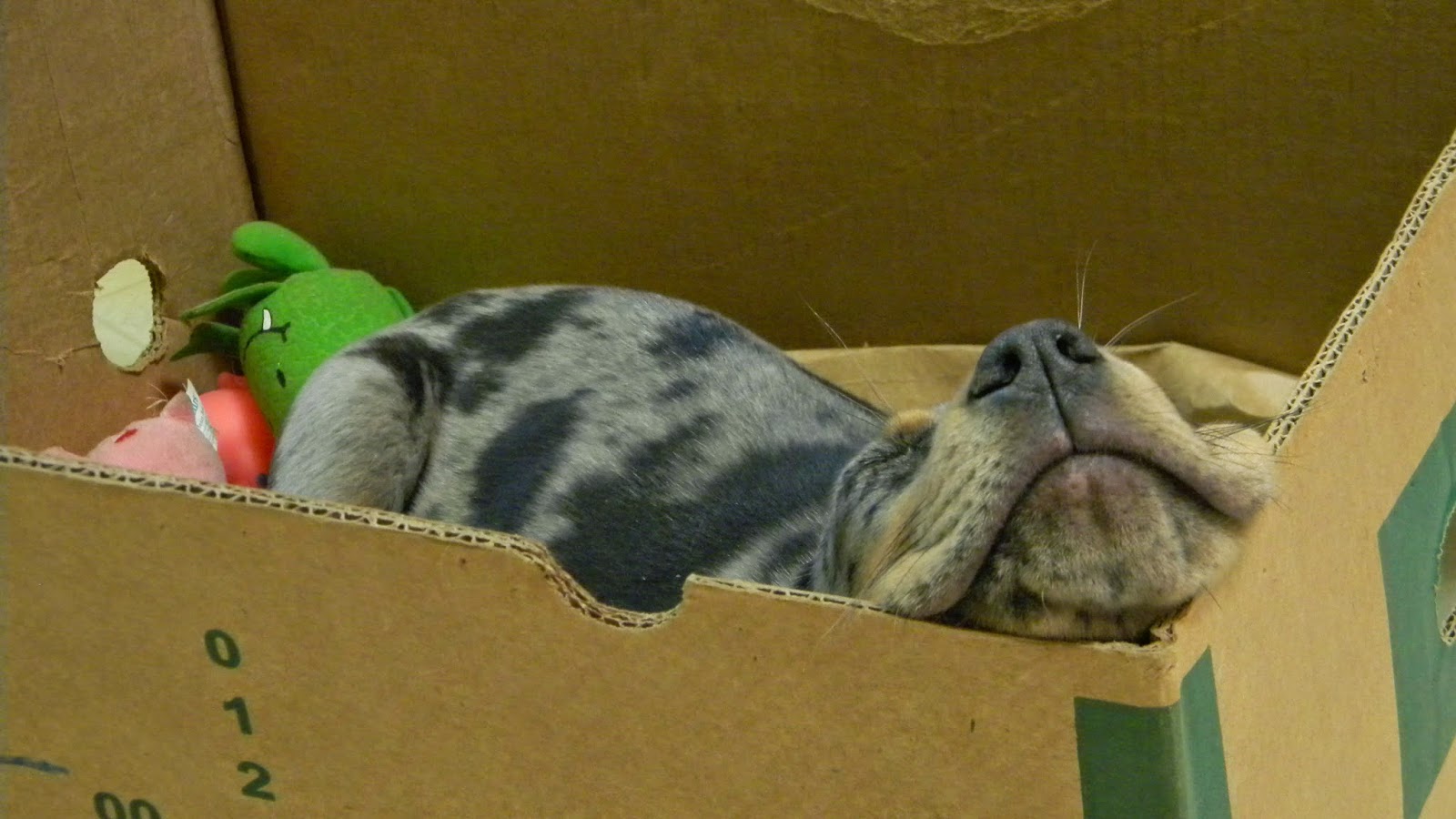 "S" is also for sisters, so we made sparkly sun-catchers to send to ours. 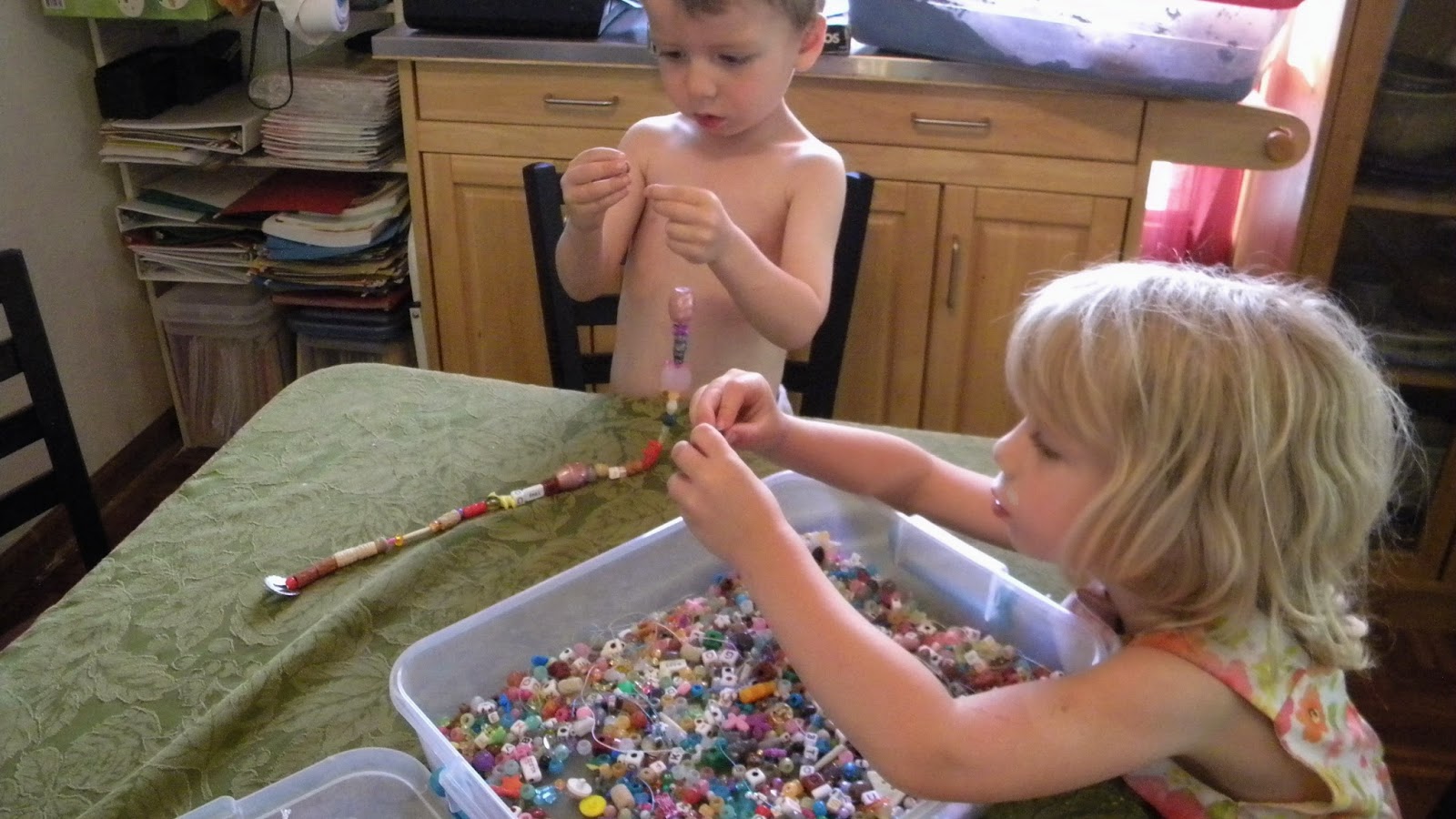 Logan got his all the way done and brought it to show me...and dropped the wrong end, so the beads went running everywhere. Poor guy! We got it all put back together, though, good as new.

Then, science, using the book I reviewed Friday! 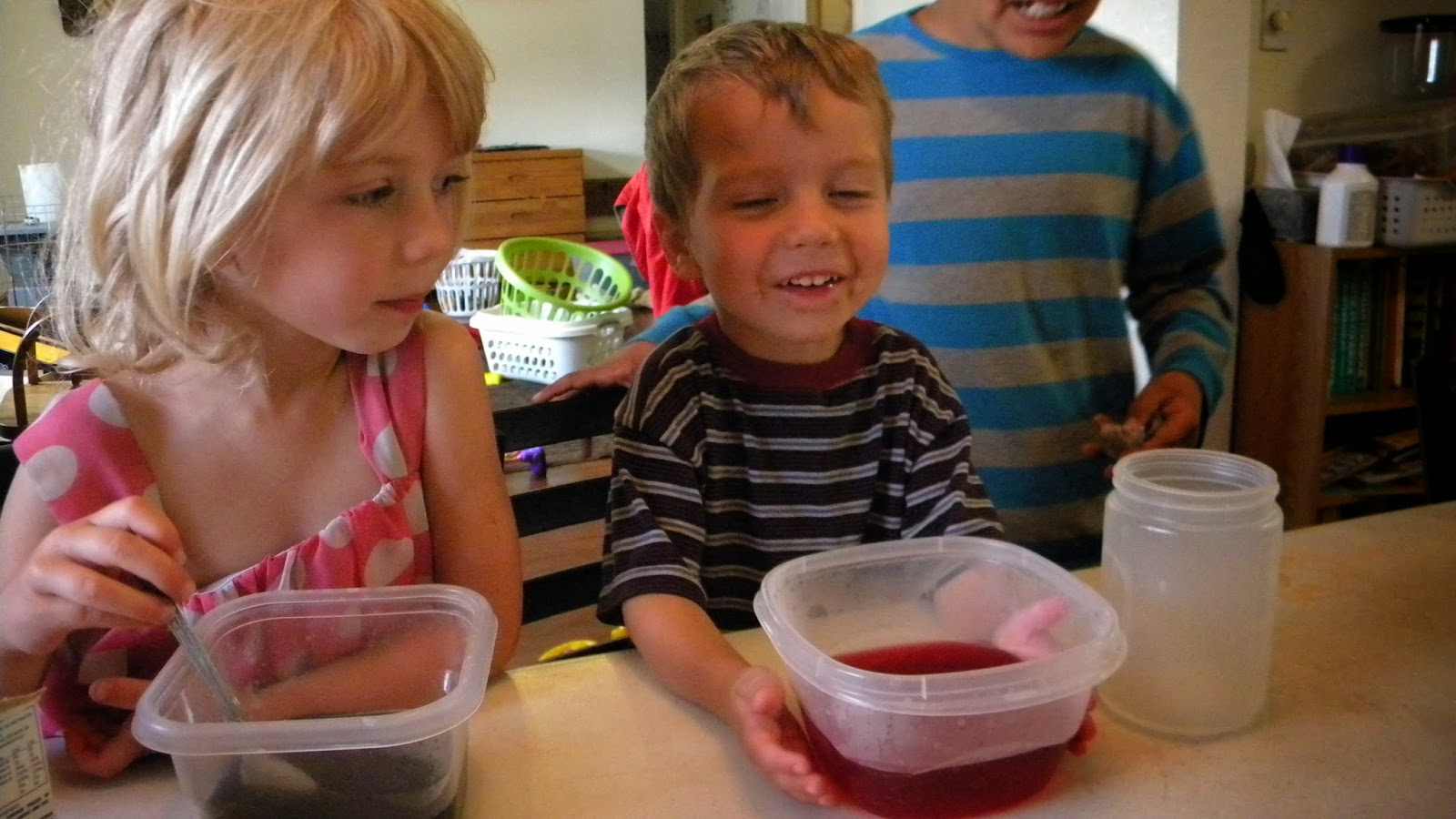 Daddy cut open the shiny stones (aka geodes) we got on our trip a few weeks ago. Look at them sparkle in the sun! 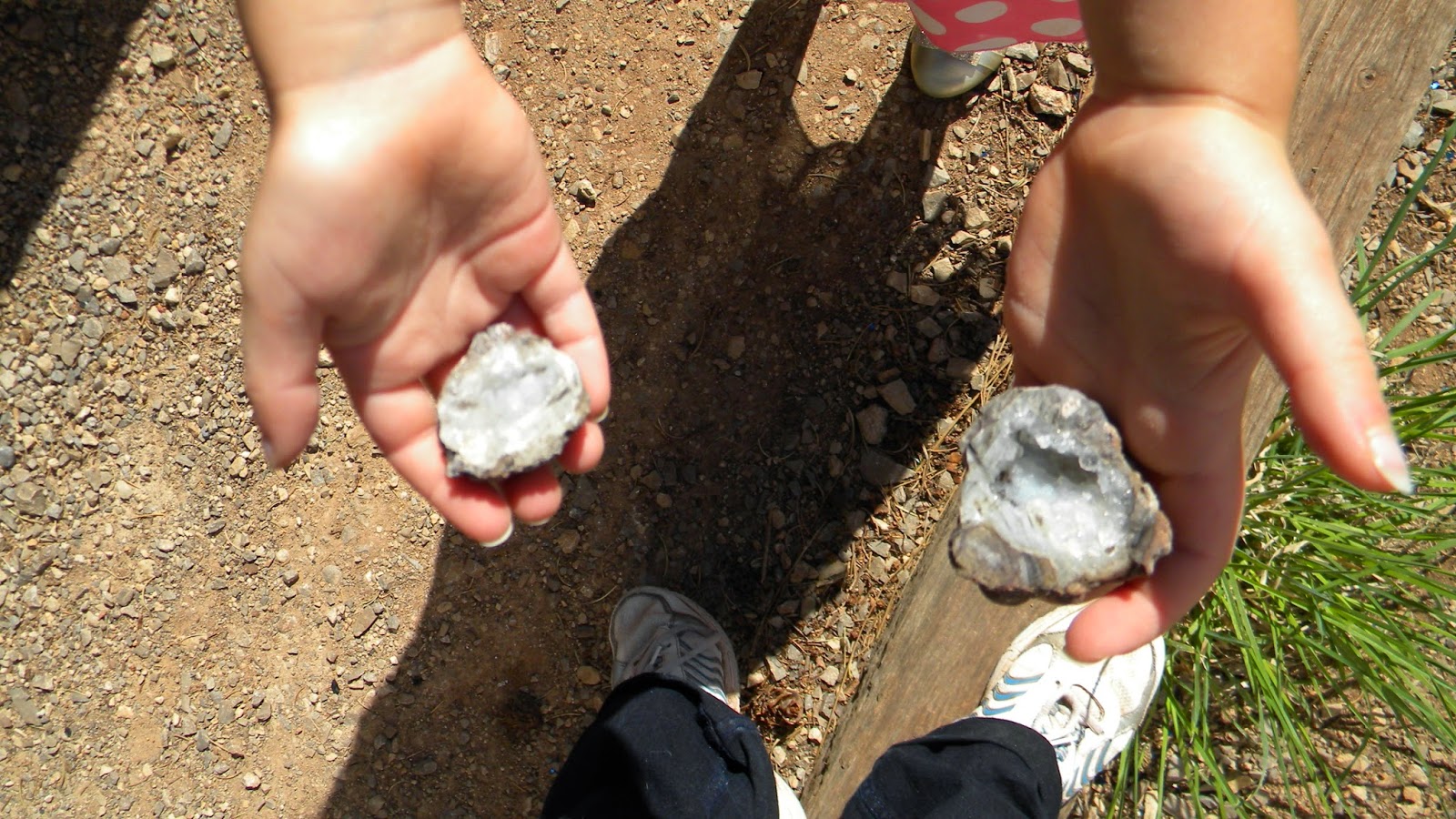 One of our favorite parts of exploring a letter is going on a walk to look for things that start with it. We saw lots of stumps, including a two-seater, 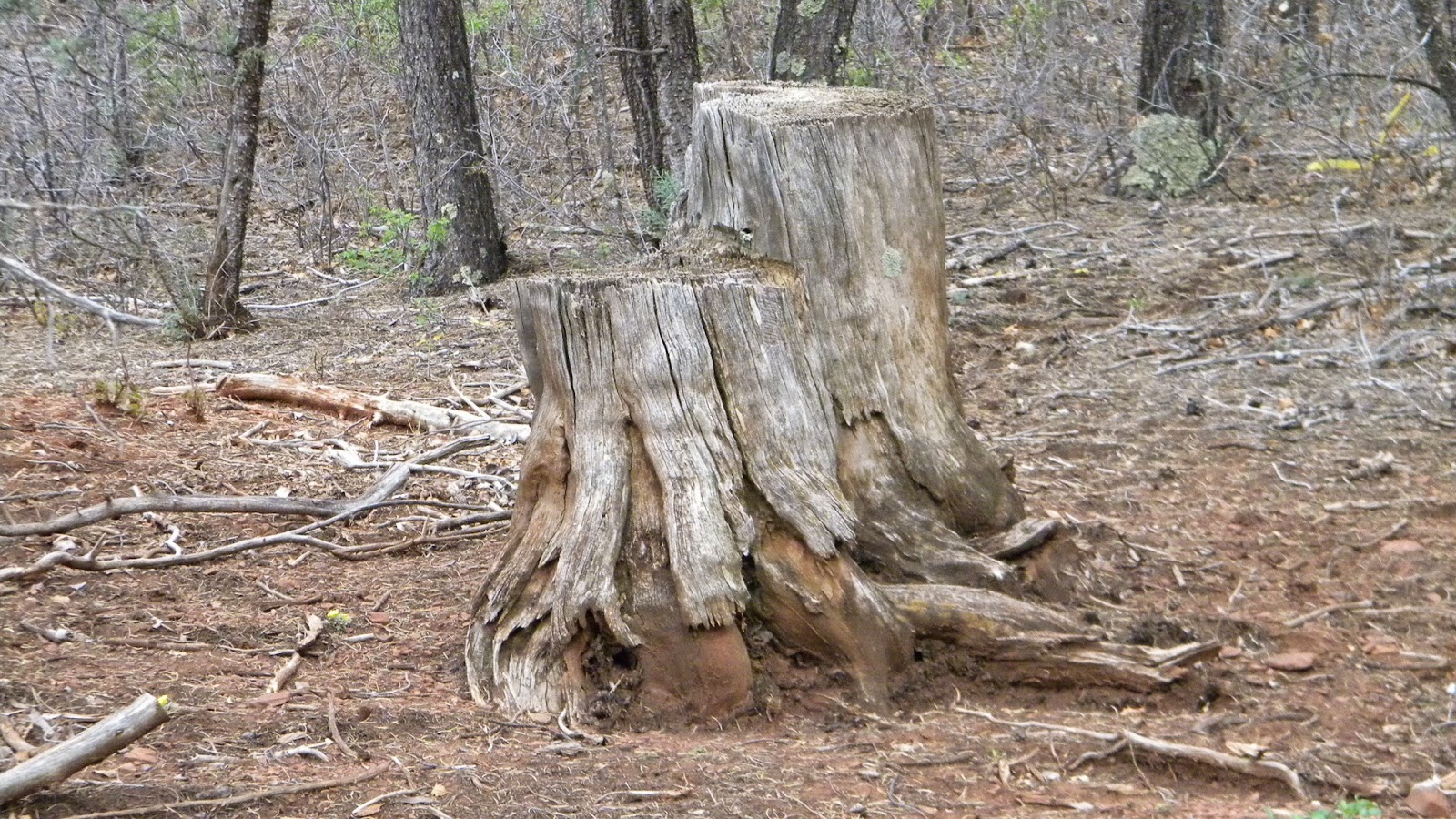 We stopped to put on a silly show. 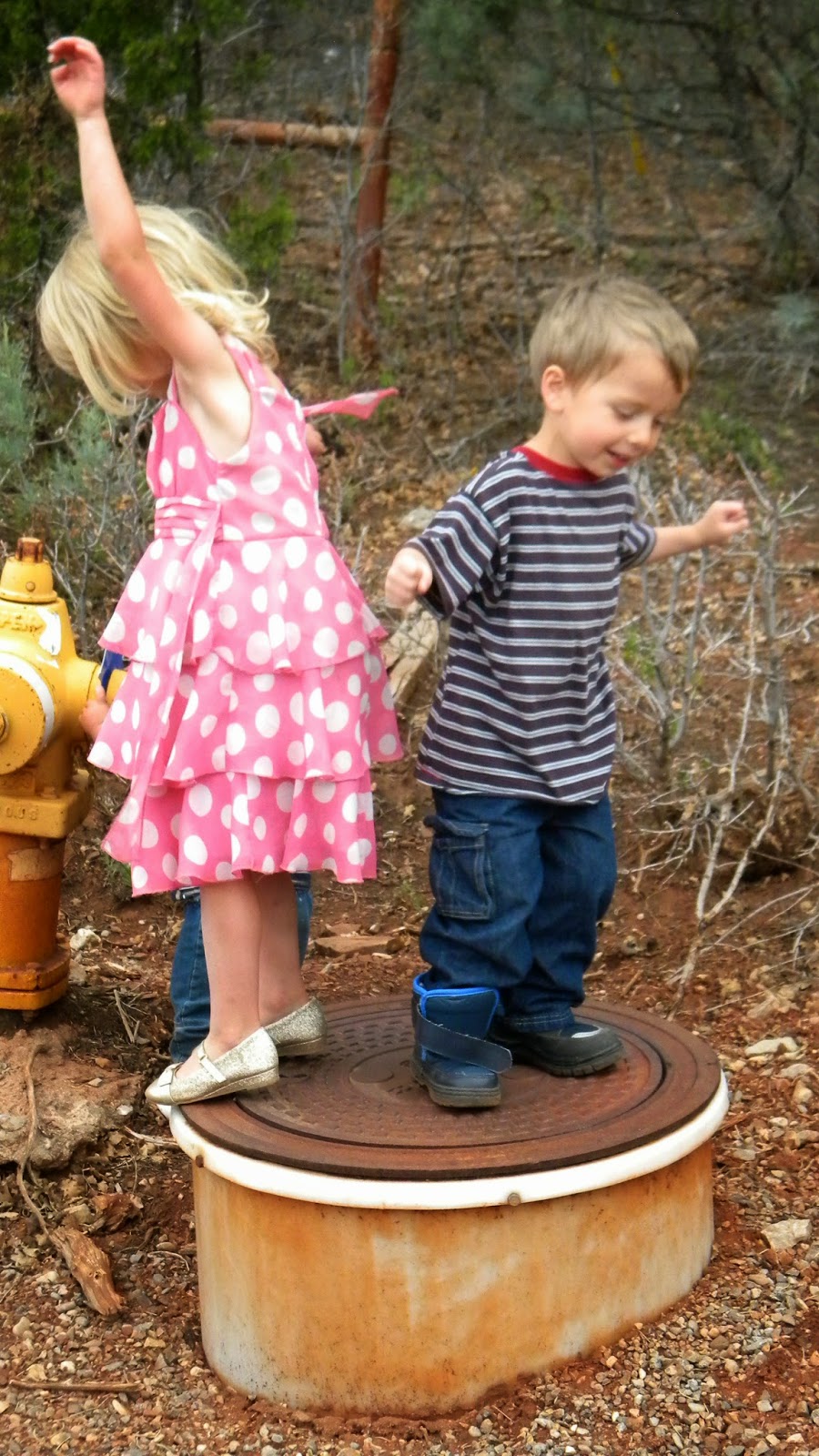 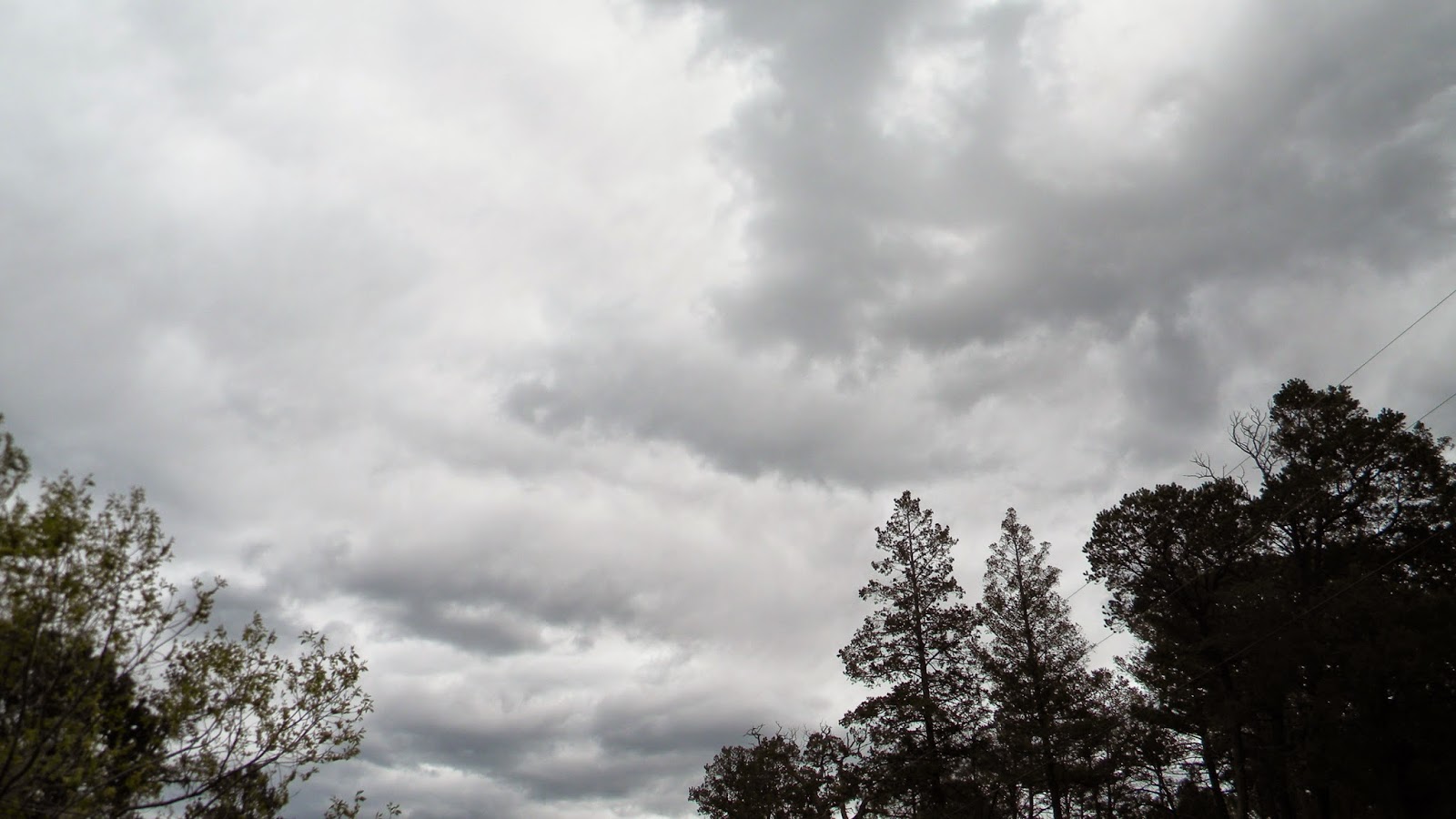 and dozens of other things, and then got to a friend's house.

OhmiGOODness! When did you get THOSE?! 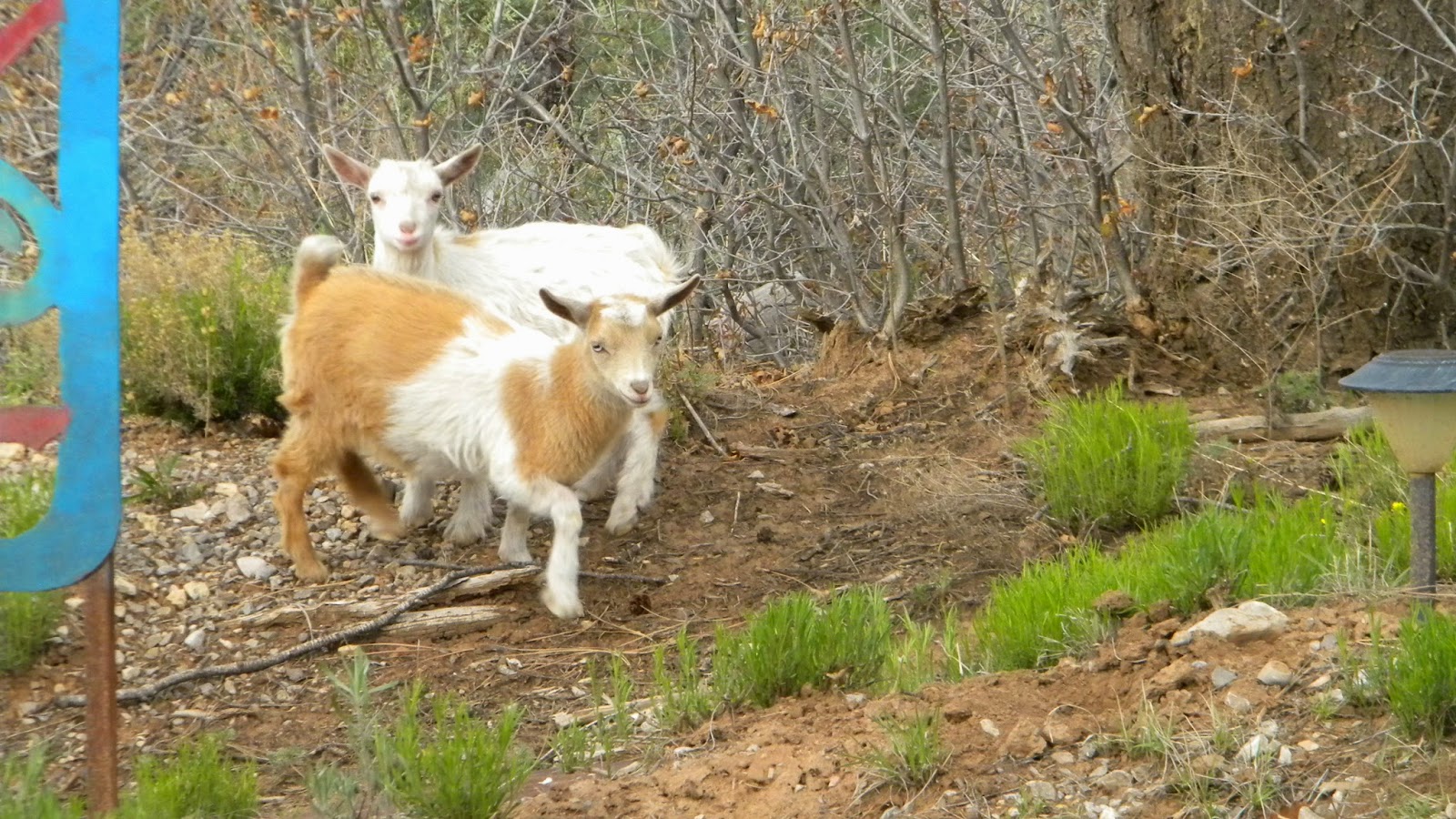 I took a million pictures, none of which turned out because everyone was moving so much. 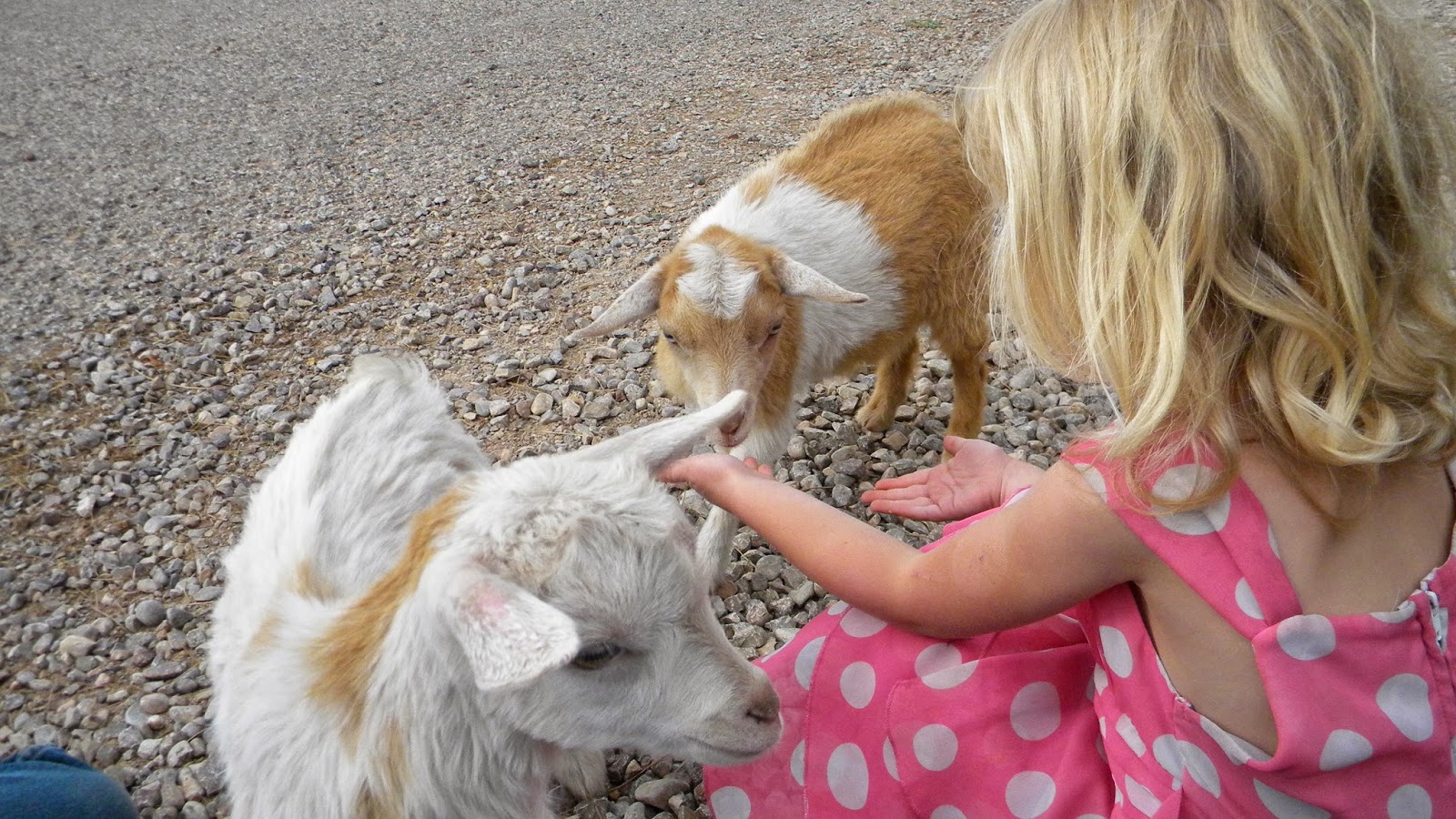 Daddy kept teasing me that goats don't start with "s", but they are small and sweet, so there!

Kela wasn't so sure, 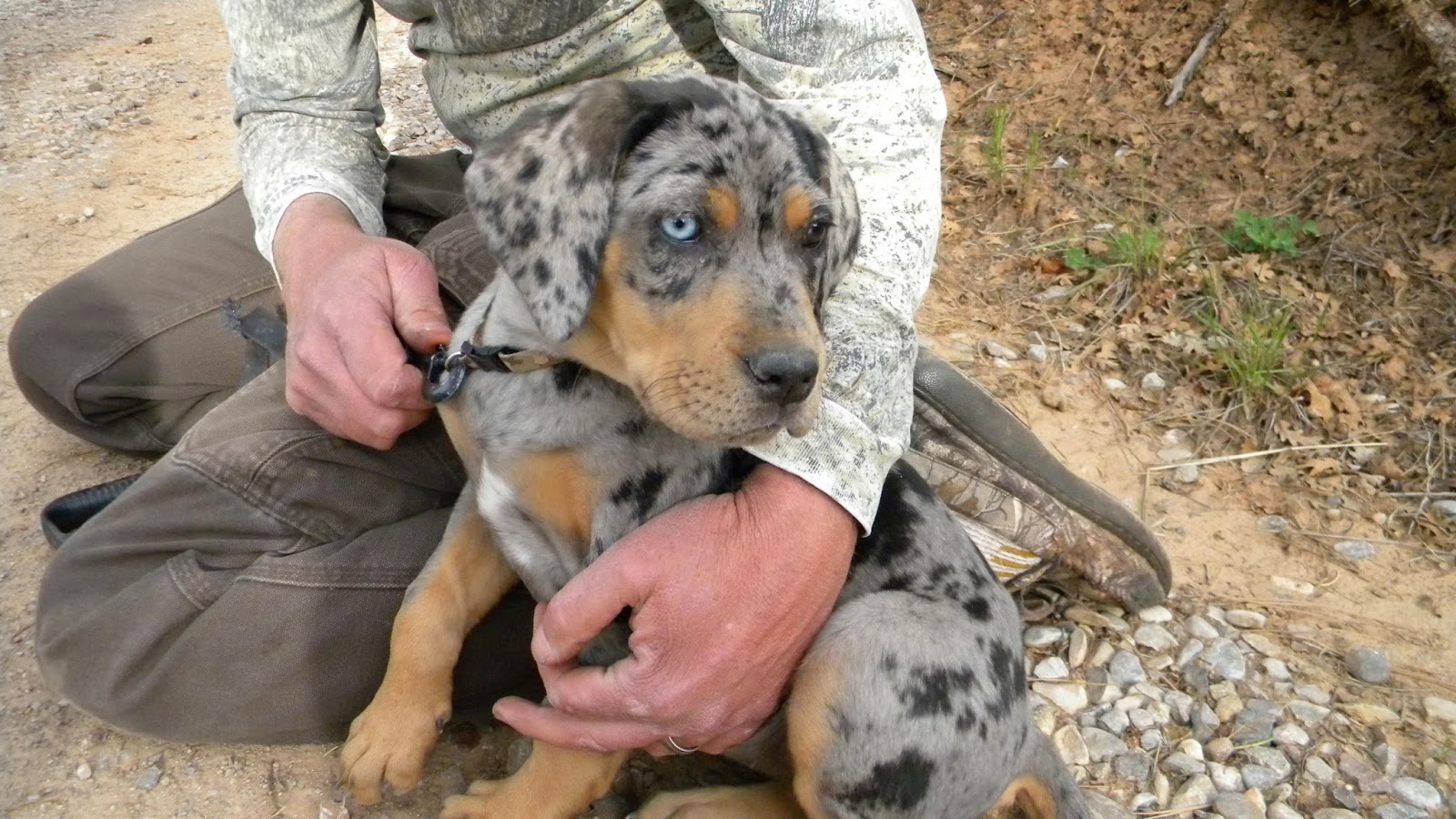 but the kids liked them, 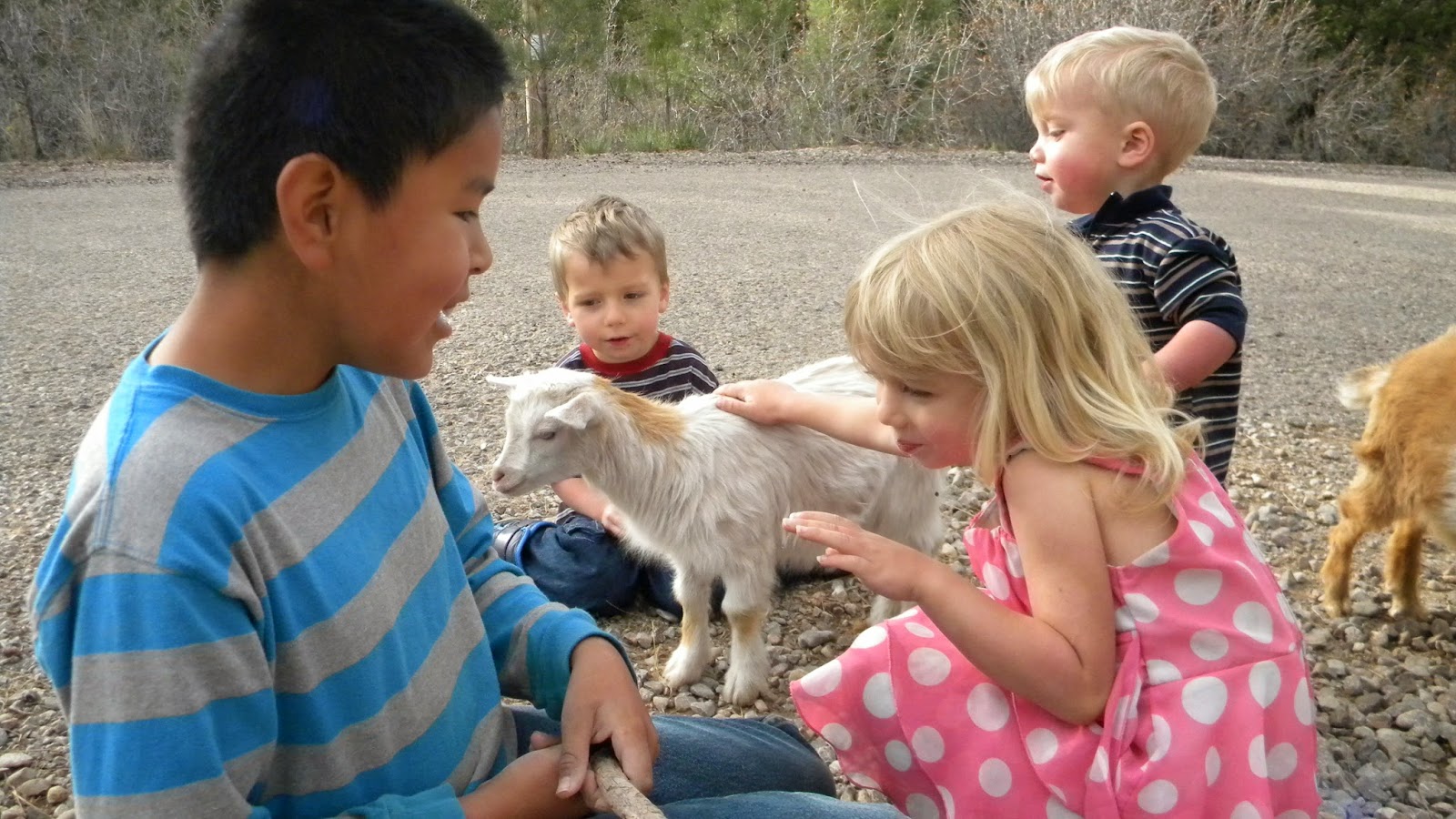 and Shane tried to take them home! 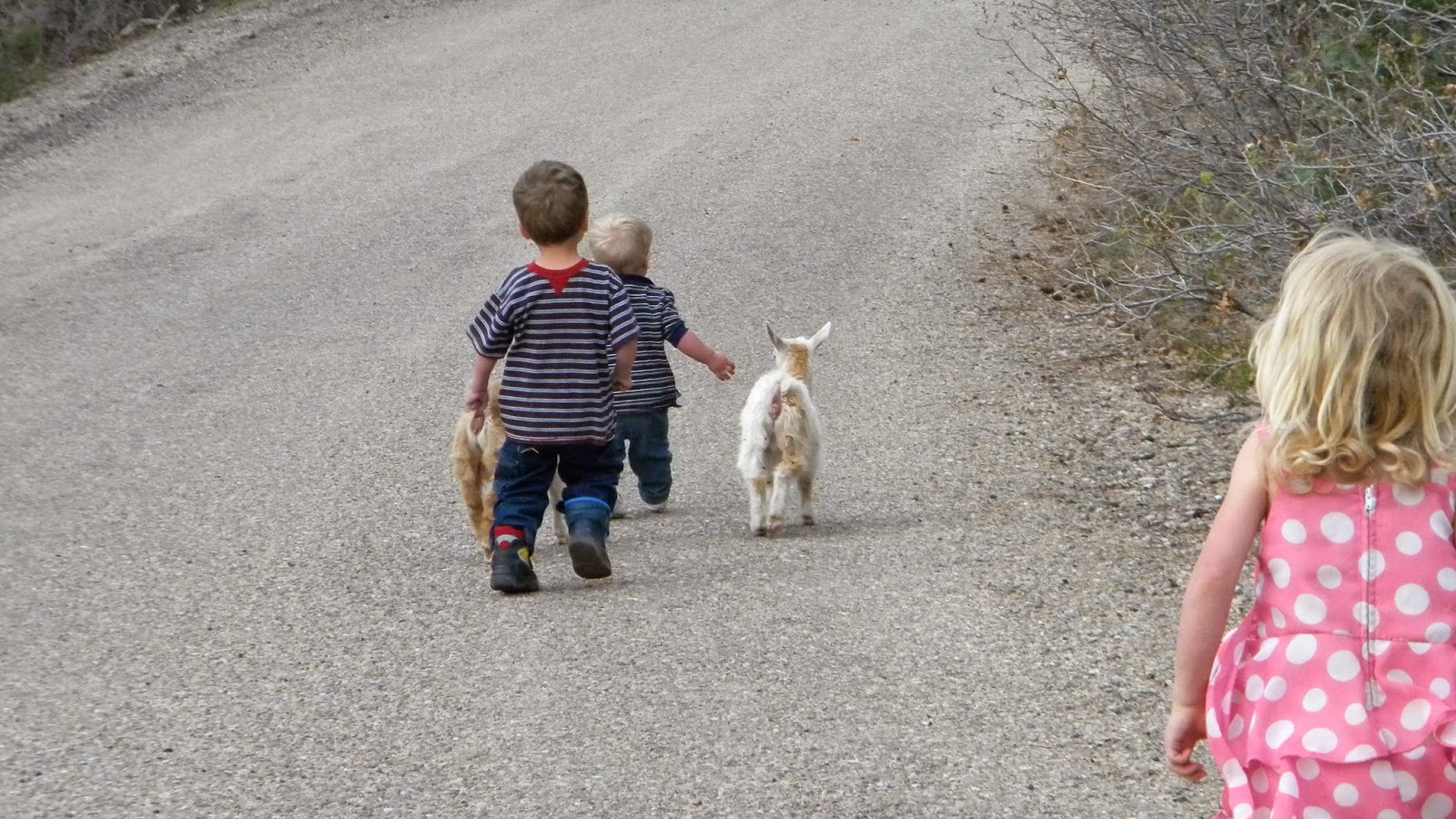 We also made word lists, watched Sesame Street, sorted shoes, and added a sparkly "S" to our Willy Wonka tree: 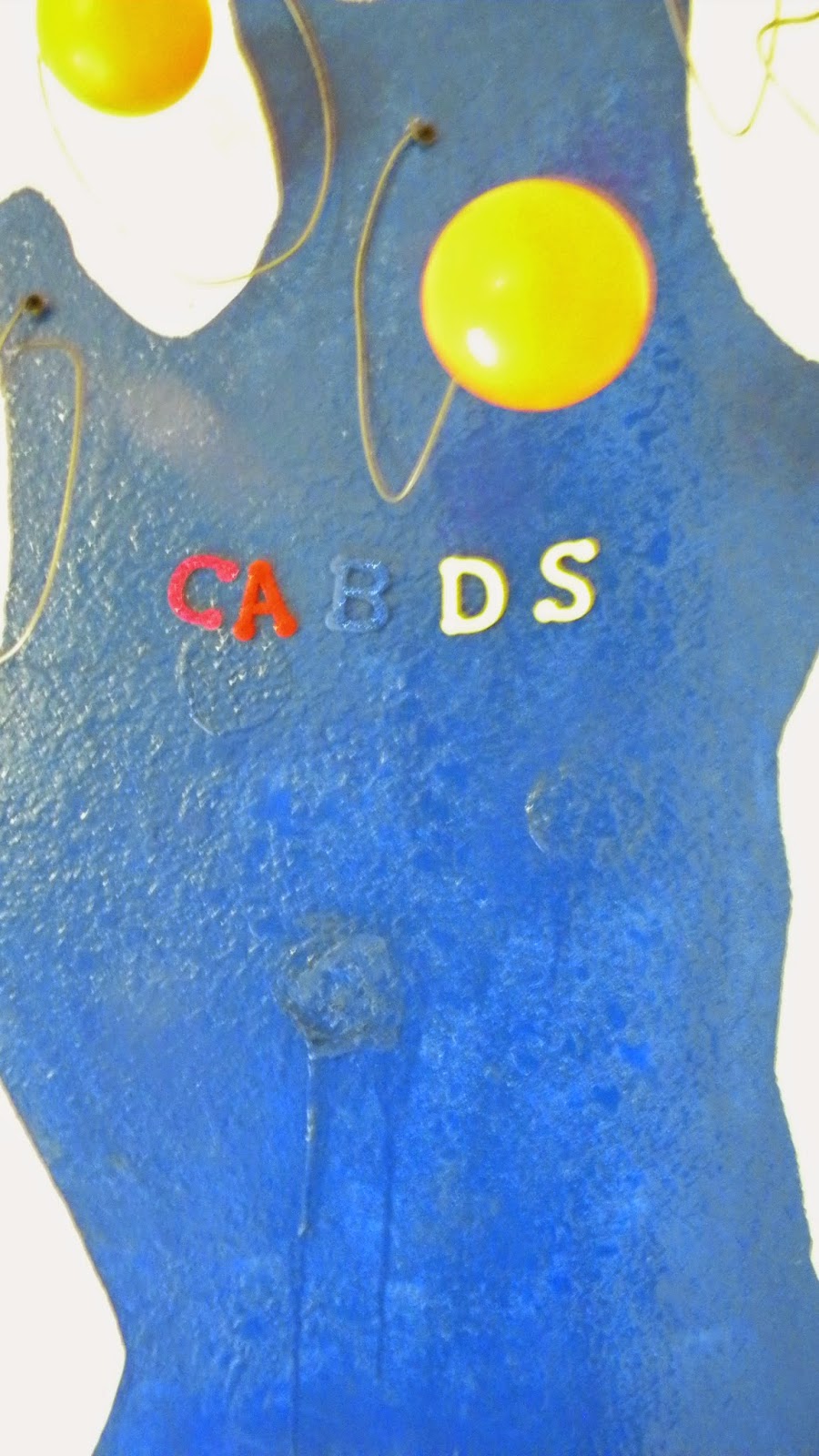 Next week: "G" is for Grandma!