Story Times
This week, all three age groups did the same craft.
What We Read: 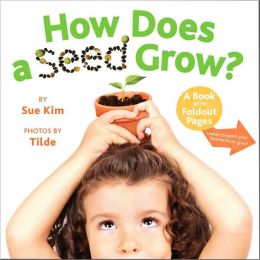 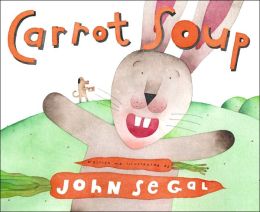 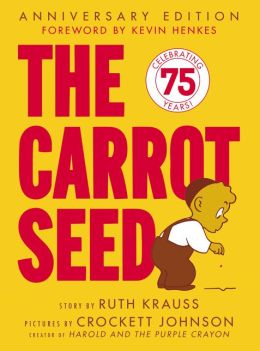 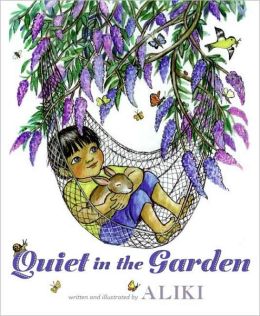 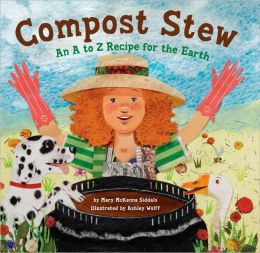 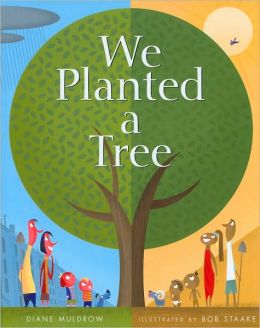 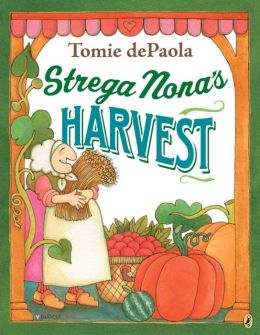 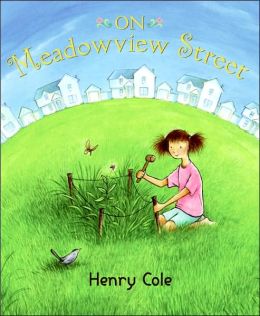 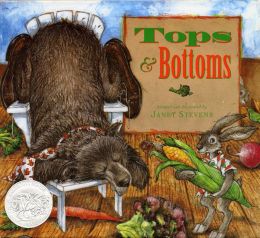 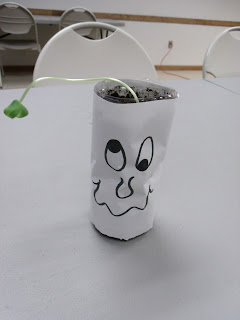 I meant to use grass seed for this one, but didn't get my sample made in time. Of course, the kids were much more creative and colorful in their decorating than I was!
Table Set-Up: 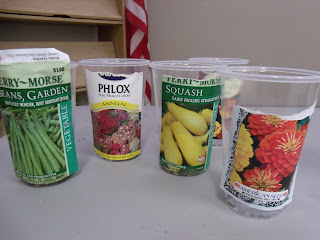 ﻿
It took me one muddled mess to figure out putting the seeds in the cups - open packets being shuffled around, seeds getting dumped...this worked much better! They were at a table up front, along with big tubs of potting soil, and plastic cups to scoop it with. I stood there and helped them pick their seeds.

At the craft tables, each seat had a cut water bottle and paper, and we had scissors, tape, markers, and foamy shapes spread around. Ideally, when their plant has started growing, they can remove the paper to see the root system.

I told the kids to wait until they got home before watering - dry dirt is a lot easier toclean up out of your library/van carpeting than mud is!

Mr. Cliff had a craft project planned, papier-mache-man-eating-plants, but the kids got so caught up in the movie, they ignored the craft! They watched "Little Shop of Horrors". Apologies to all area dentists.

I have a very creative group, so many of our summer activities involve crafting of some sort. This week they had a choice of planting things in odd containers: 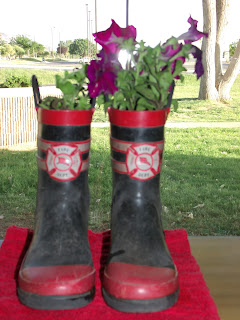 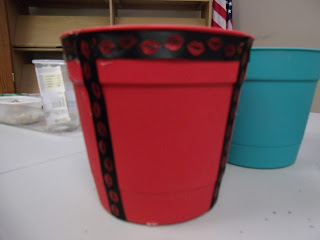 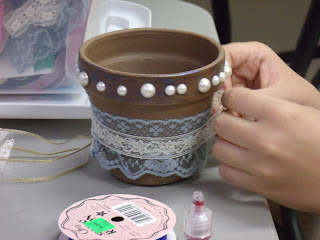 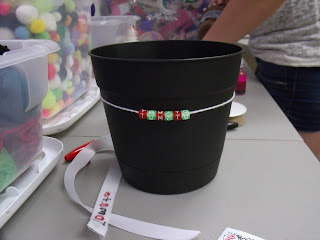 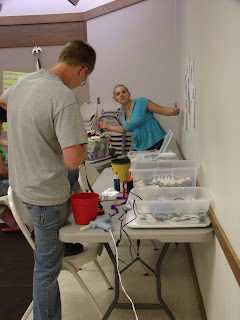 I love that I can give my teens hot glue guns, and the worst I have to worry about is photobombers. 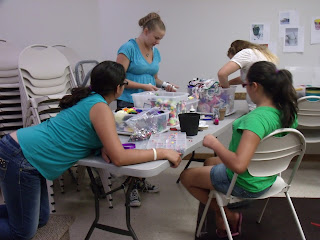 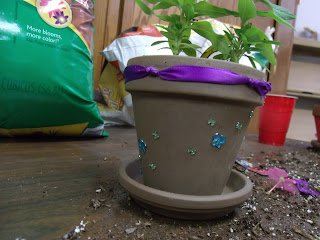 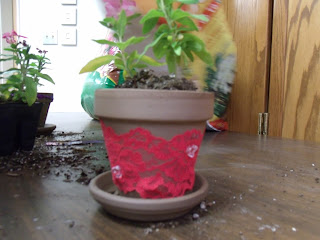 One of my favorite themes, but I believe the custodian is happy the week is over!